Egypt’s hugely popular annual heritage handicraft fair, Diarna, opened last Friday 27 December 2019 at the hall of Small and Micro Enterprise Development Authority building in the east Cairo suburb of Nasr City, and runs till 15 January 2020. The fair was opened by Nevine al-Kabbag, Minister of Social Solidarity. During the first five days, the Ministry of Social Solidarity posted on its website, the fair had brought in a revenue of EGP1.5 million. Last year’s fair had made some EGP27 million. 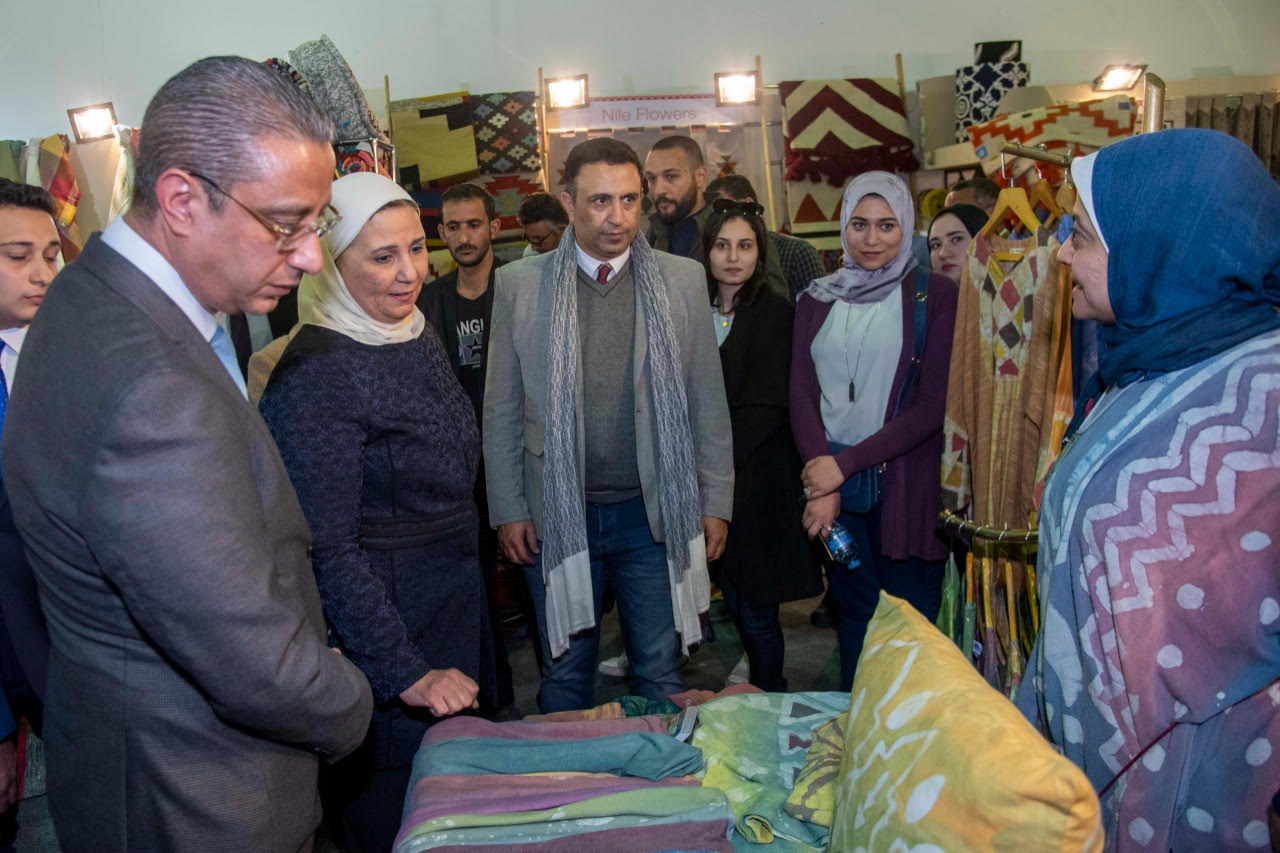 “Diarna”, literal for “Our Homes”, started off in 1958, sponsored by the Ministry of Social Affairs—today the Ministry of Social Solidarity—under the name “Productive Families Fair”. The aim was to market products of cottage or home-based industries in order to help families increase their income. It has steadily grown, today featuring products from all Egypt’s 28 governorates, and has expanded to include goods produced by craftsmen and micro industries, also a few public sector companies that sell at discounted prices personal and home products in high demand by the public. It now opens in various cities across the country at different times of the year, generating good revenue. 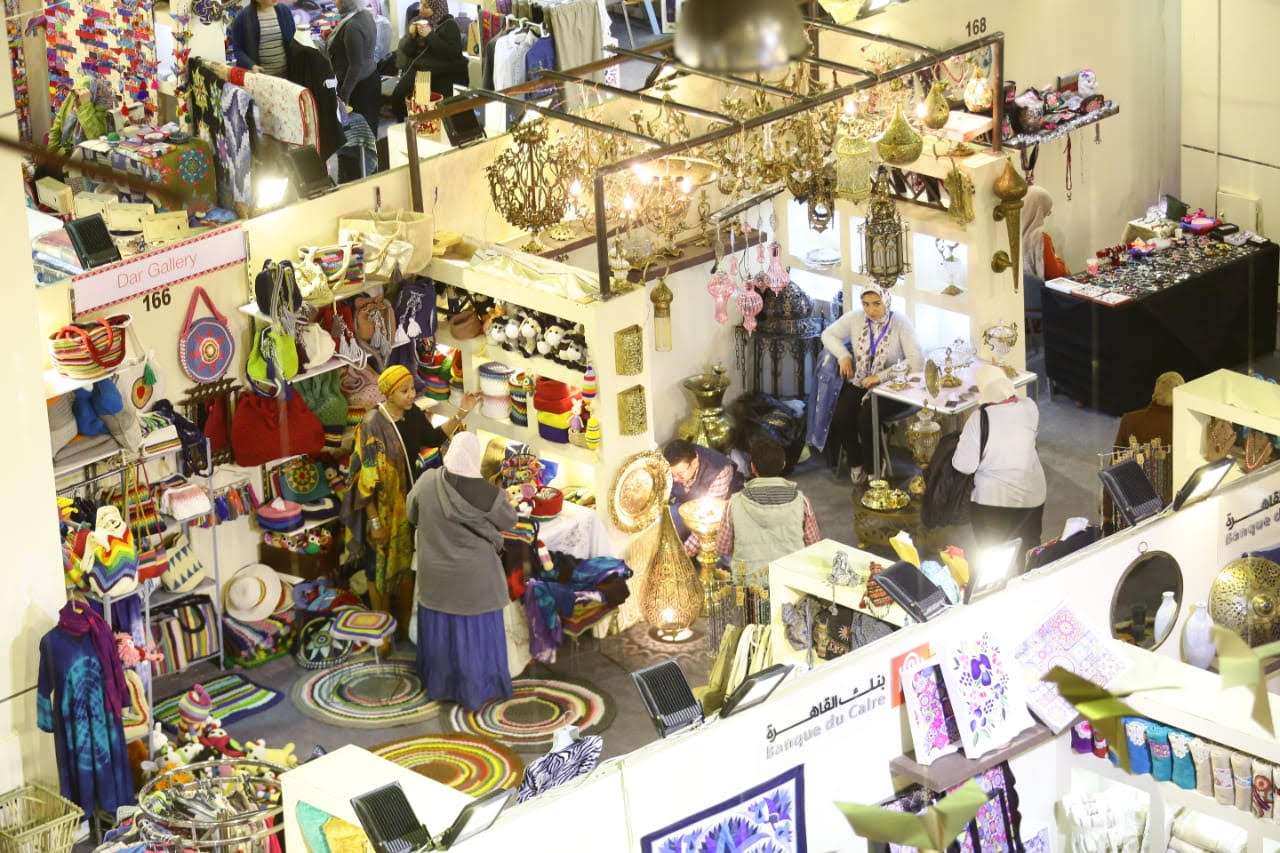 Exhibitors are keen to display their heritage and traditional goods, including foods such as cheeses, baked products, traditional home-made pasta, sun-dried herbs, pickled greens, and others. Best-selling items include traditional cosmetics and hair products made of natural herbs and Aswan henna. The Productive Families project now includes some three million families from all over Egypt.

The current Diarna Fair showcases, over 3000 square metres on two floors, goods produced by some 540 exhibitors from all over Egypt. These include leather products, seashell handicrafts, bed sheets, rugs, jewellery, crochet products, home ornaments, designer goods, and high quality heritage products. The first floor featured pavilions of individual exhibitors, whereas the second was allocated to corporate or collective exhibitors. The National Council for Women and a number of NGOs and charities were represented through the exhibitors they sponsor, as well as Banque Misr and Banque du Caire that join NGOs in sponsoring persons with disabilities in producing heritage handicrafts. 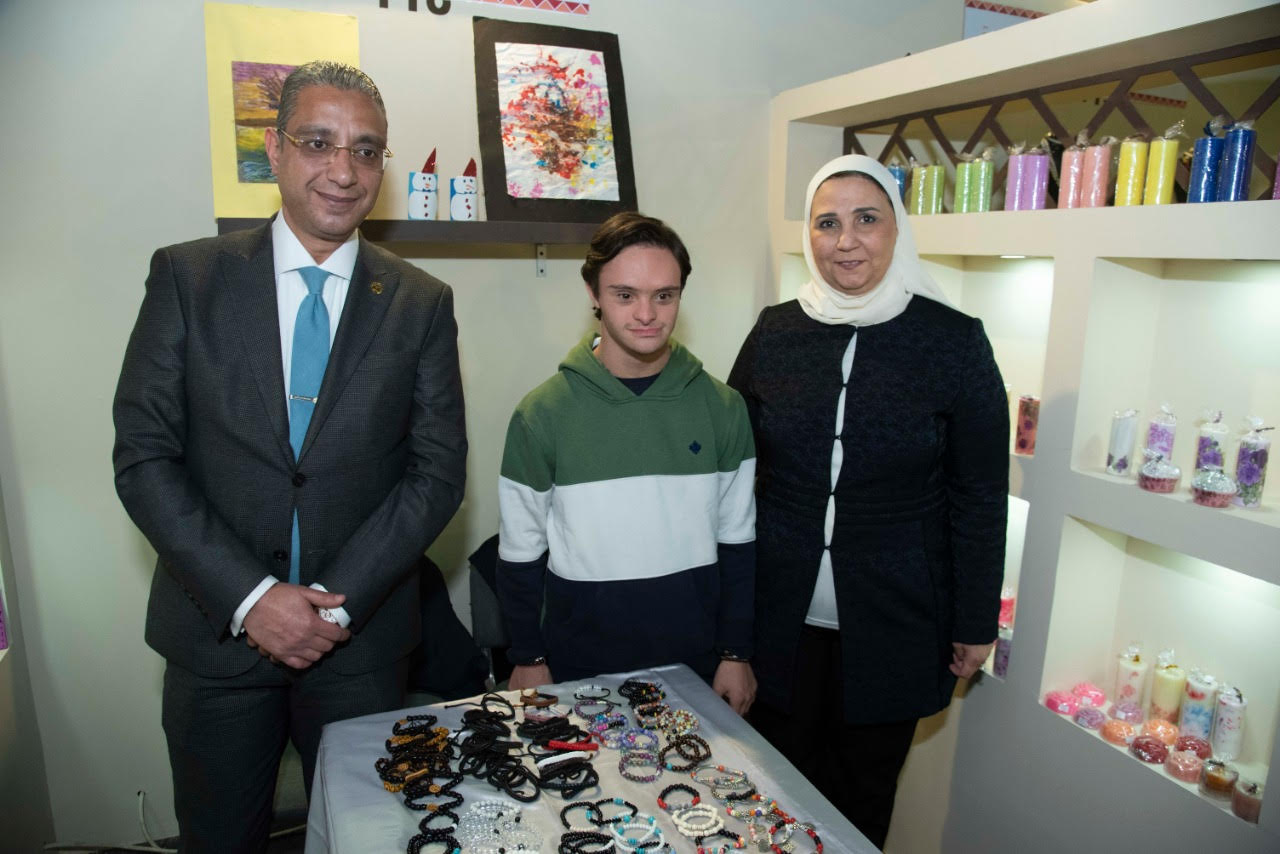 The fair is open daily from 10am to 10pm, and this year features folk singing and dancing performances from various regions in Egypt. The shows run every evening.

Ms Kabbag said that Diarna was among the biggest fairs of its kind in Egypt, and that it illustrated the Ministry’s keenness to support producers of handicrafts and market their products. This year’s edition, she said, highlights goods produced by persons with disabilities, celebrated through a special wing. The fair ground has been fitted according to the accessibility code for disability, and wheelchairs and sign language translators are available to visitors.

Fayoum Governorate, some 100km Southwest Cairo, is this year’s guest of honour; a special wing is devoted to its products.

An area is allocated for children accompanying their parents. Another space offers Egyptian foods traditional to various regions.

The year’s fair is a green one; it adheres to eco-friendly practices and sustainability requirements. 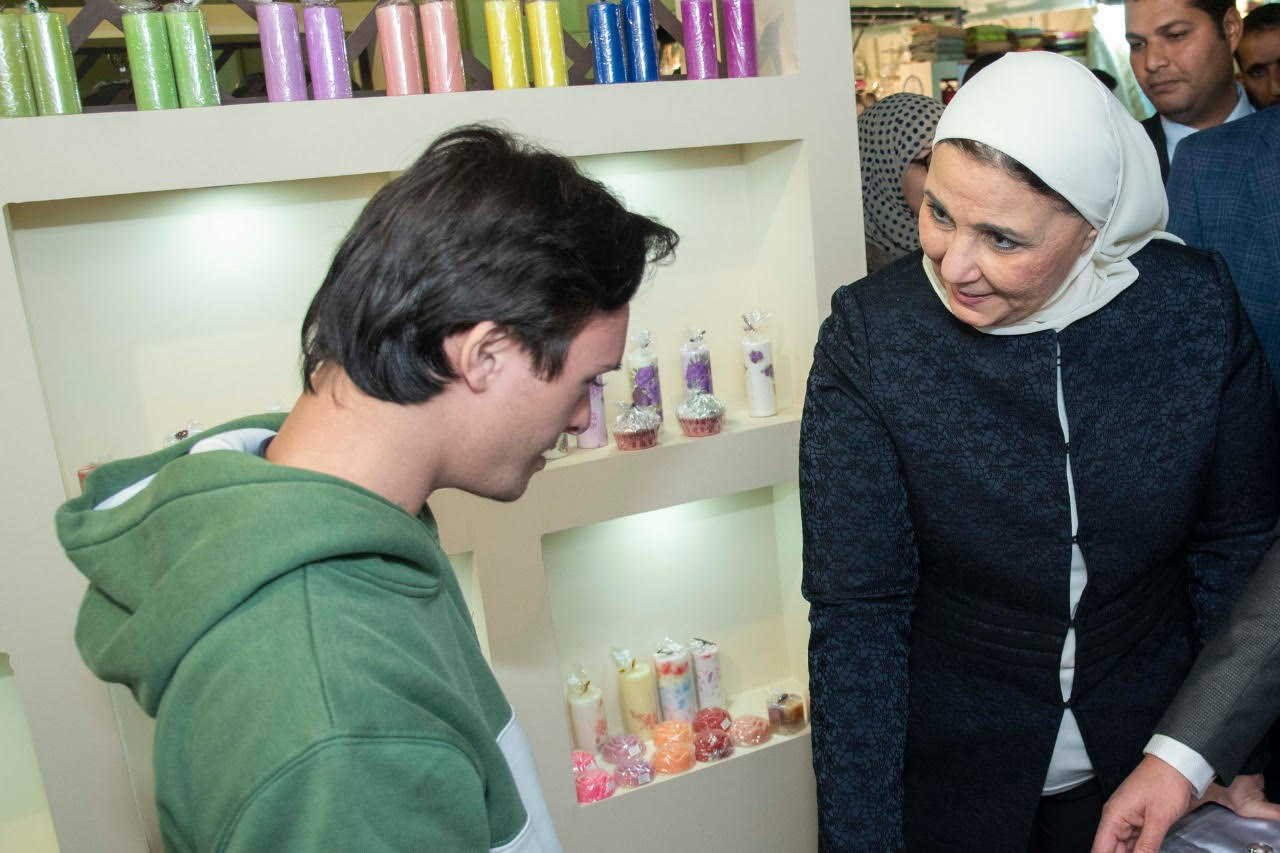 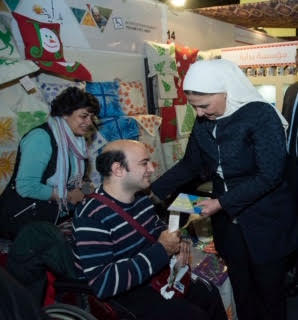 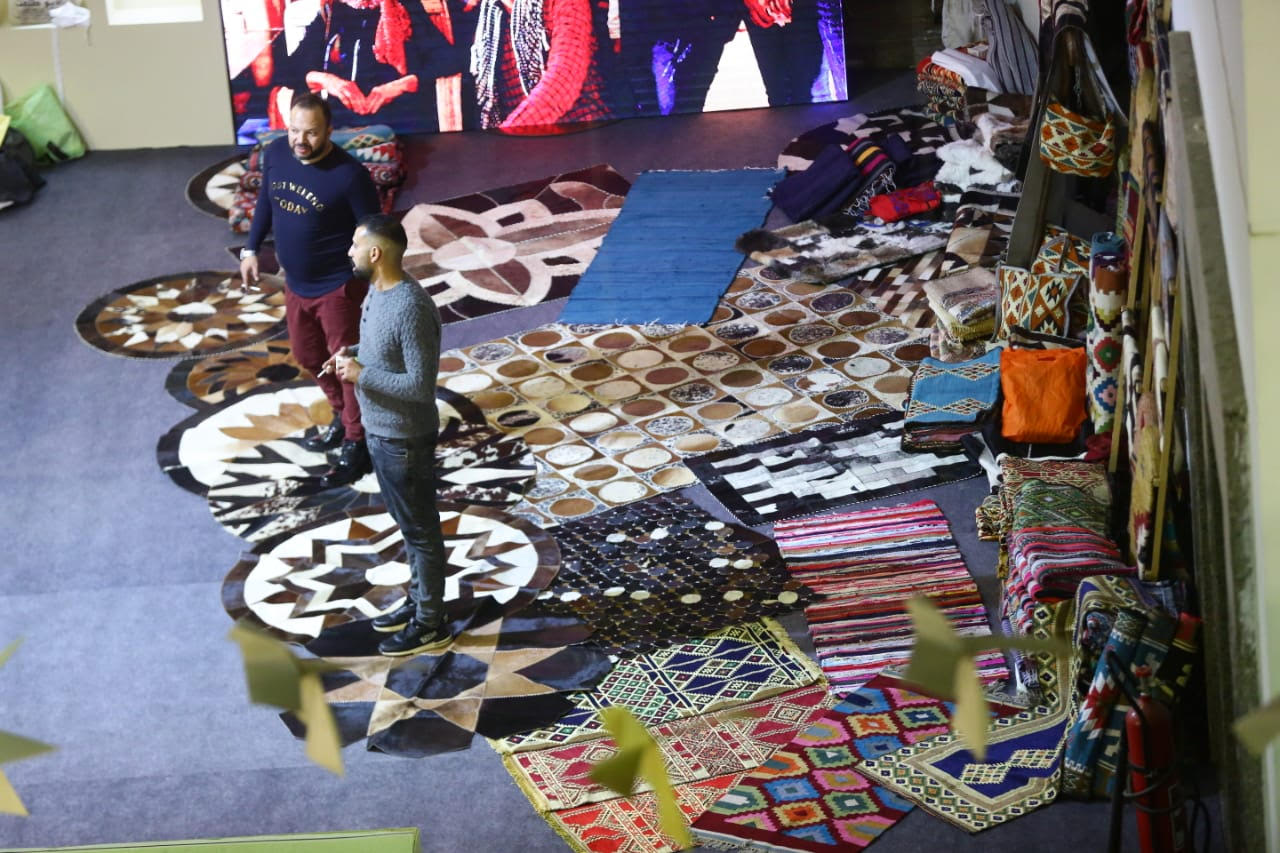 On feast of Apostles, Pope consecrates church in their name