To celebrate Universal Children’s Day (UCD) on 20 November, Egypt’s National Council for Childhood and Motherhood (NCCM) launched a number of initiatives that focused on child welfare. Perhaps the most conspicuous of these initiatives was the launching of Egypt’s first child friendly village in Shakshouk, a village in Fayoum some 100km southwest Cairo.

“Shakshouk Village, Child Friendly”, is part of a broader plan laid out by the council to develop 50 villages across the governorate by raising the awareness of both children and their families. 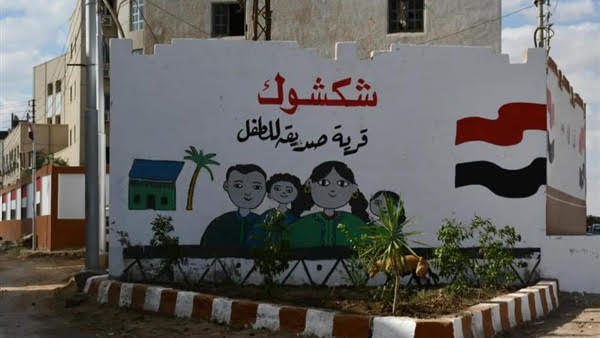 The initiative was launched on 20 November in a celebration held in Shakshouk. Participating in the event were Ahmed al-Ansari, Governor of Fayoum; Martino Melli, Director of the Italian Agency for Development Cooperation; Jeremy Hopkins, UNICEF Representative in Egypt; Hussam Abbas, Head of the Population and Family Planning Sector at Egypt’s Ministry of Health and Population; and Ahmed Awad, President of the General Authority for Cultural Palaces.

Rights of the child

“On the same day, 31 years ago, the UN General Assembly proclaimed the Universal Children’s Day to commemorate the Declaration of the Rights of the Child. This day represents a spark to defend child rights and promote international togetherness, awareness among children worldwide, and improving children’s welfare”, said Sahar al-Sonbati, Secretary General of the NCCM.

“We are here today to declare the village of Shakshouk a child friendly village according to the standards set by the NCCM to fulfil its strategic vision”. She explained that a child friendly village means that the village complies with enhancement of children’s lives according to their rights set in the Egyptian Child Law and as stated by the Declaration of the Rights of the Child of the UN; also as per the African Charter on the Rights and Welfare of the Child. The strategy is summraised as follows: “The child’s right to health, life, survival and development, the child’s right to education, the rights of poor children, the child’s right in participation, and the child’s right in motherhood care”. 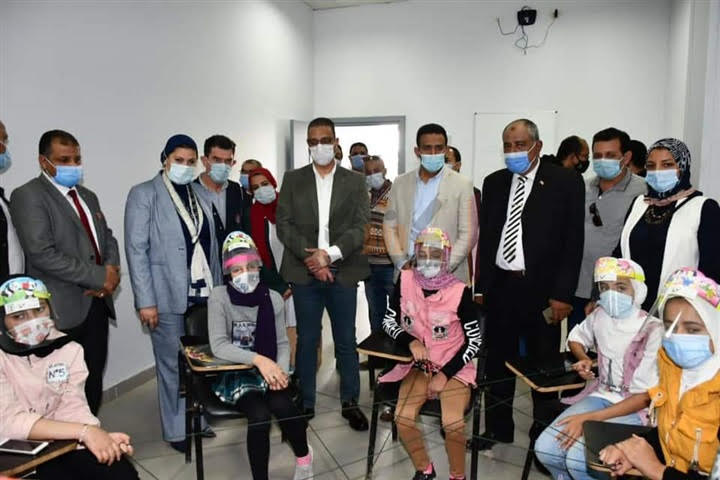 Dr Sonbati pointed out that this initiative was inspired by the “Decent Villages” initiative launched by President Abdel-Fattah al-Sisi, which seeks to provide a decent life for the most needy people in the community in the fields of health, education and housing. And since childhood development is one of the initiative’s goals, Shakshouk village has been declared to be among the “decent villages” list.

Dr Ansari, Fayoum Governor, talked about the significant role played by the NCCM in supporting children’s rights and empowering children and their families. He stressed the importance of development partners, including national and international NGOs, in supporting the most needy villages.

He also talked of Fayoum villages in the more general sense, saying that they have been undergoing economic progress and positive changes for the past six years. As an example, he said, sanitary drainage will be fully deployed in the village within two years. 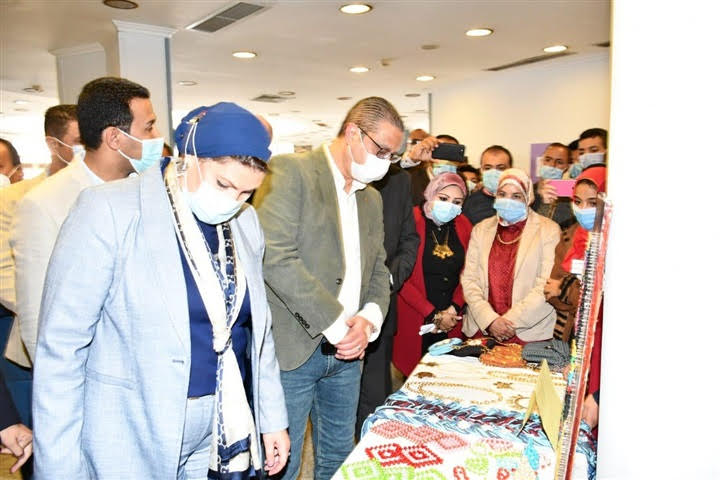 Dr Ansari also expressed his happiness that the people in Fayoum gave special attention to their famous handicrafts, which the government will accordingly support during the upcoming period. Additionally, a booth for motherhood and childhood will be allocated in the annual 9th Edition of the Tunis Village Pottery and Handicrafts Festival, scheduled next month.

Dr Sonbati honoured Dr Ansari for his supportive role within the governorate, and handed him the NCCM Shield in appreciation.

During the day, the new Shakshouk Primary School was opened, the infrastructure of which was specifically developed to ensure a safe environment for children.

Support from Italy and UNICEF

For his part, Mr Melli welcomed the attendees and expressed his happiness for being present in Fayoum to celebrate the Universal Children’s Day, a significant occasion to promote the rights of all children without discrimination.

He stressed the continuous support of the Italian Agency for Development Cooperation as a strategic partner to the activities of the NCCM.

For his part, Mr Hopkins explained the long fruitful partnership between UNICEF and the NCCM, which is important in upholding the rights of the child and putting into effect the national system for child protection led by the NCCM. 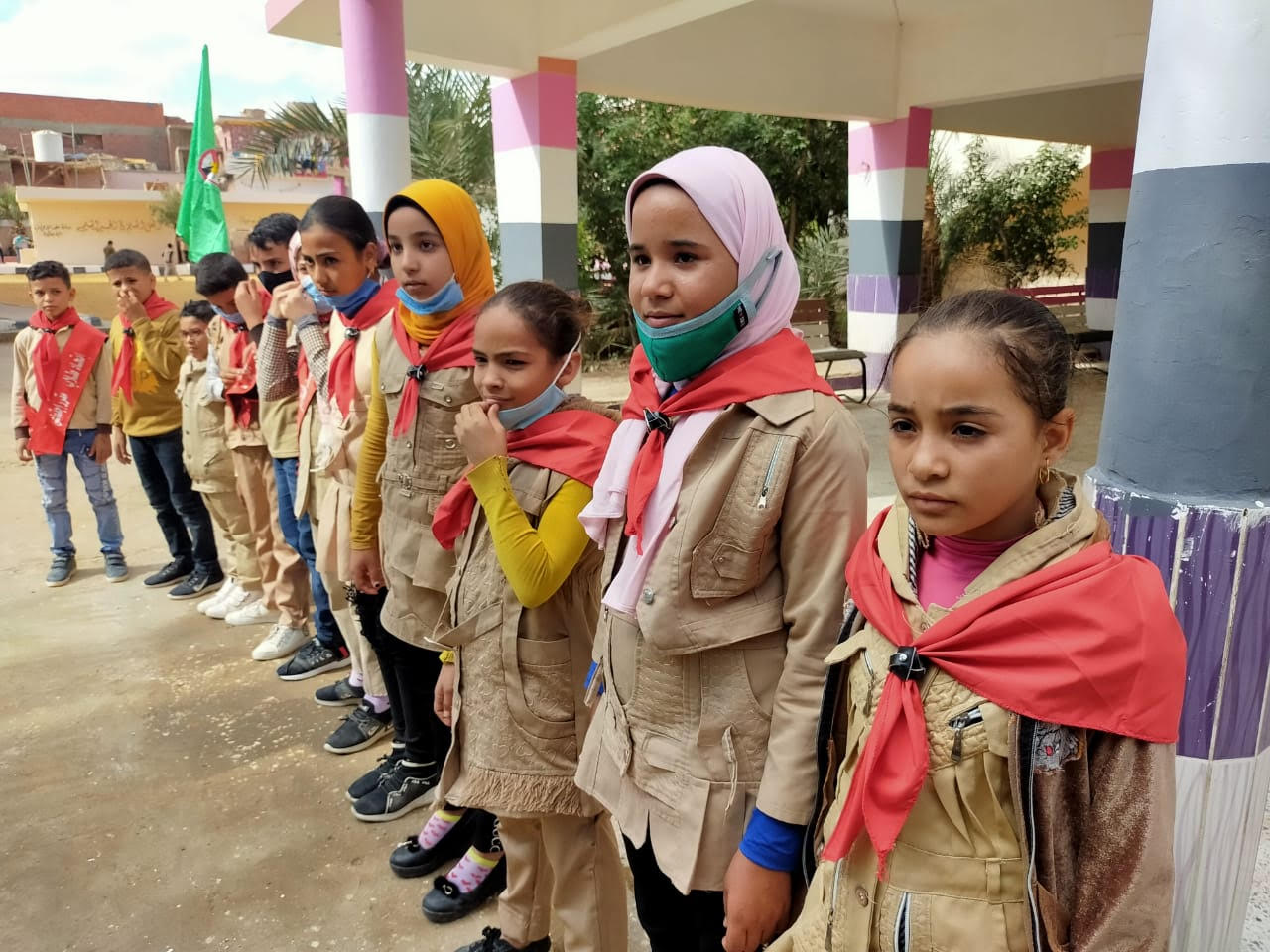 Mr Hopkins pointed out that this year’s celebration of the Universal Children’s Day is marred by the global consequences of Covid-19, on the various levels of economy, education, health and protection of children and young people. “Through cooperation with the NCCM and other national partners,” he said, “we provide the best opportunities for children to make them the centre of our attention in order to ensure a better future for them.”

The child: The future

Universal Children’s Day, first established in 1954, is observed to shed light on the suffering and loss of many children’s rights at the international level. In the aftermath of World War II, the plight of children in Europe was dire, which prompted the UN to provide food, clothing, and health care for these children. In 1953, UNICEF became a permanent part of the UN. Today, UNICEF works in 190 countries, with significant efforts being made to reach the most vulnerable and excluded of children.