“I learned that my first child, a son, was born with Down Syndrome only days after giving birth. Along his early years, many friends and family members advised me to place him in a home for children with disabilities; they said it was a waste of time to exert so much effort bringing up a child with no future.” This was how Iman Ahmad, mother of Mustafa Nofal, the boy born with Down’s Syndrome, described the dire predictions she was given during her son’s first years. Today Nofal is 19, and as far from these predictions as can be. 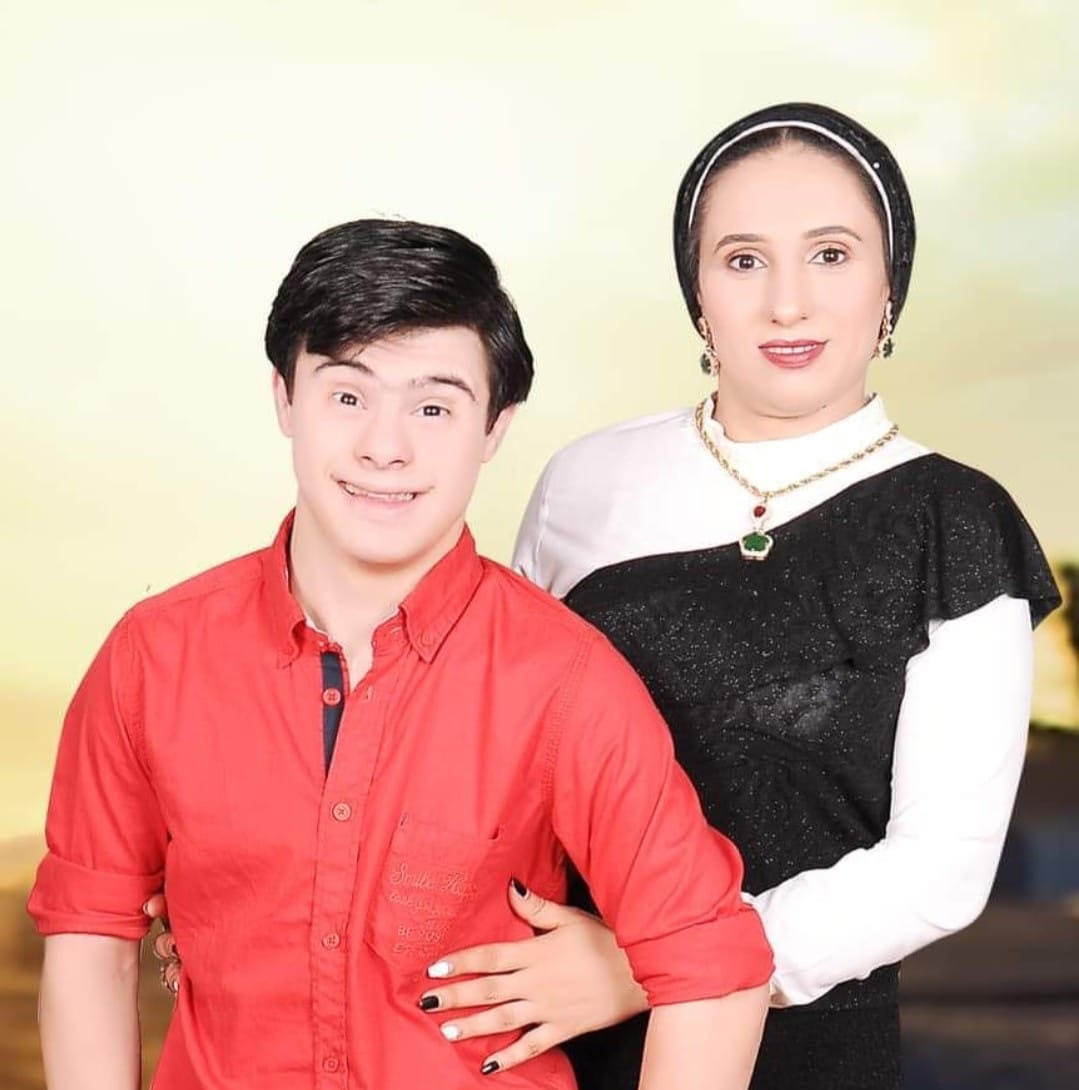 Ms Ahmad talked to Watani about going against what almost everyone thought was conventional wisdom, by deciding to raise her son so he could be a well educated, productive member of the community. 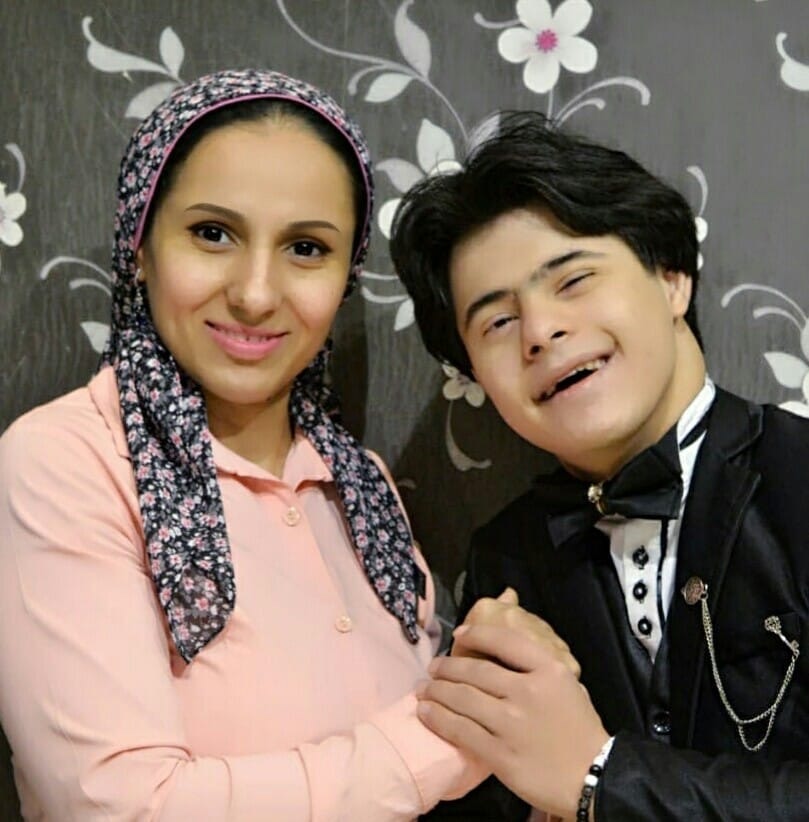 “I’ve been incessantly burdened people’s painful comments that, if anything, displayed total lack of awareness. But I refused to give up; I wanted to prove to everyone that my son is a human being who, like every one of us, needs good care to flourish. Together with his father, we have done and are still doing our best for Mustafa and, thank God, we have succeeded. This despite the innumerable obstacles on the way. 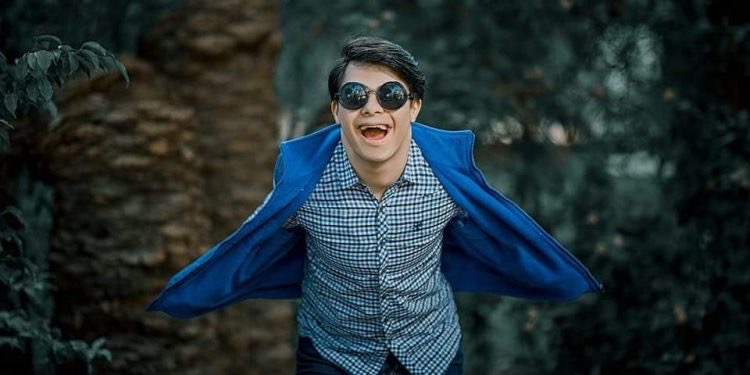 “Given that we live in the small town of Kraft al-Zayat in the mid-Delta governorate of Gharbiya, Mustafa could not be merged in primary schools there, since they have no facilities for integrating children with disabilities. He had to be enrolled in a school for children with mental disabilities in Tanta, the capital city of Gharbiya; he has been allowed to study at home then sit for his examinations at school. 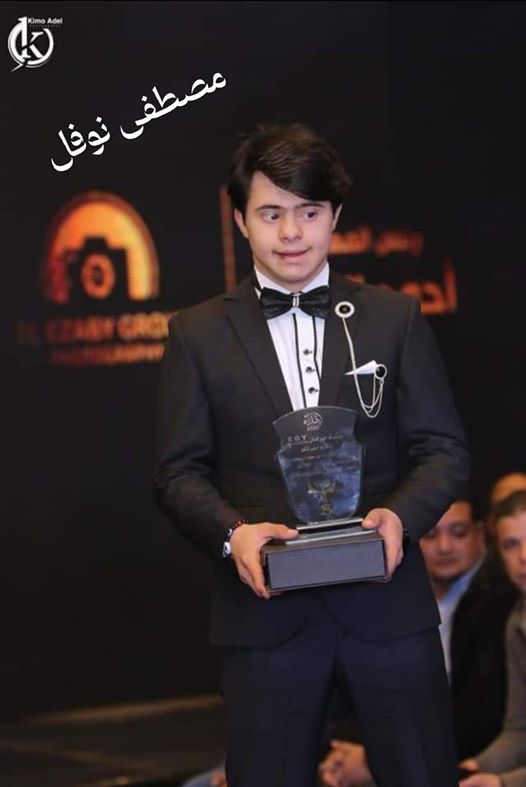 “Even youth centres did not accept him even though he showed excellent potential in sports. However, we didn’t give up; he trained on his own, took part in contests, and has won a number of medals, among them one in running the 100m race.” 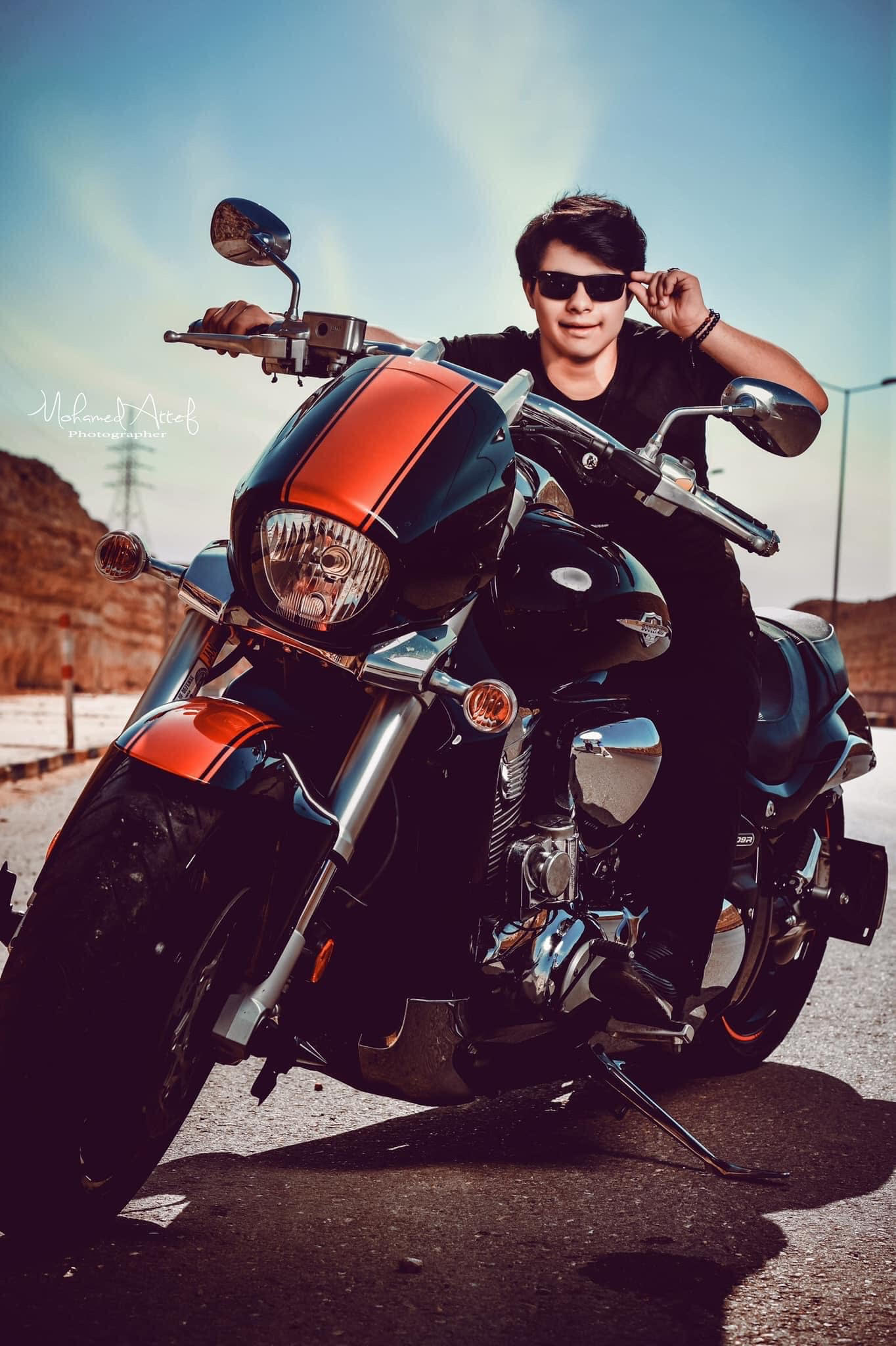 “It was not difficult for me to see that Mustafa loves to be photographed,” Ms Ahmad said, “so I assumed he would make a successful model. 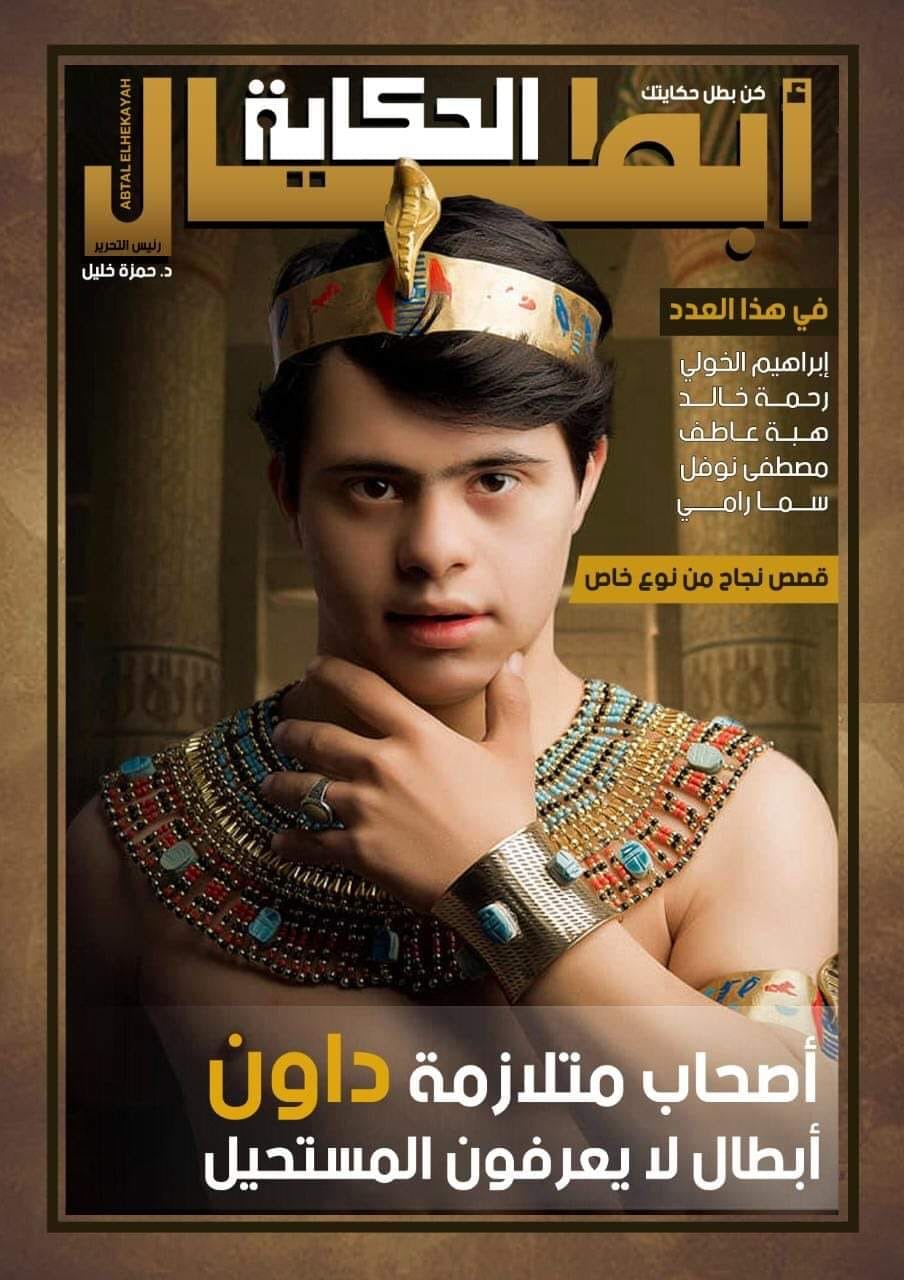 “Last year, Mustafa found an opening with the fashion industry, and has since been modelling with garment firms and agencies. His engaging smile has captured the hearts of many; he performed brilliantly in a fashion show that then realised excellent sales. The experience was the first of its kind in Egypt.

“He is also in high demand for photo shoots by professional photographers. 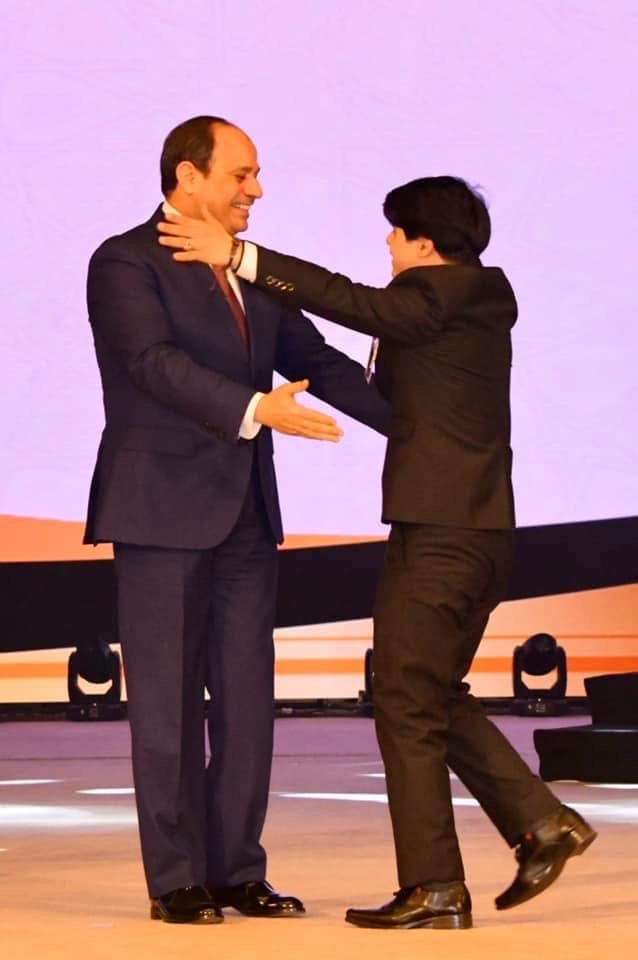 “A photo of Mustafa in pharaonic dress was used as a cover for a magazine created by students at Tanta University’s Faculty of Specific Education, who made a special issue on young persons with Down Syndrome. He was asked with other successful figures, including TV presenter Rahma Khaled and airline cabin attendant Heba Atef, to write their stories.” 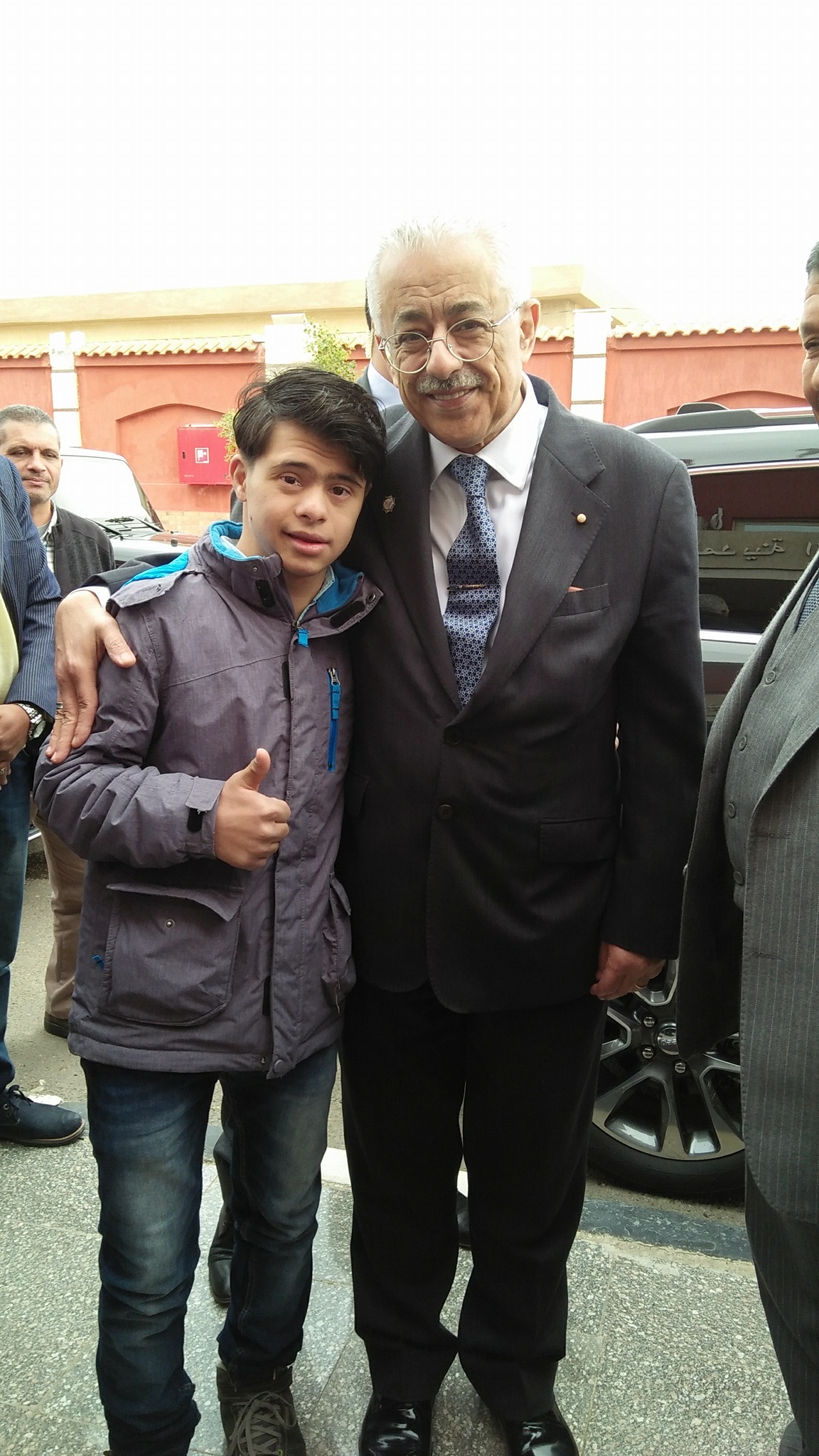 Nofal took part in the first Arab Forum for Persons with Disabilities in 2018, which President Abdel-Fattah al-Sisi attended. He was photographed with the President who welcomed him with open arms; also with Education Minister Tarek Shawki who was all smiles when he met Mustafa. 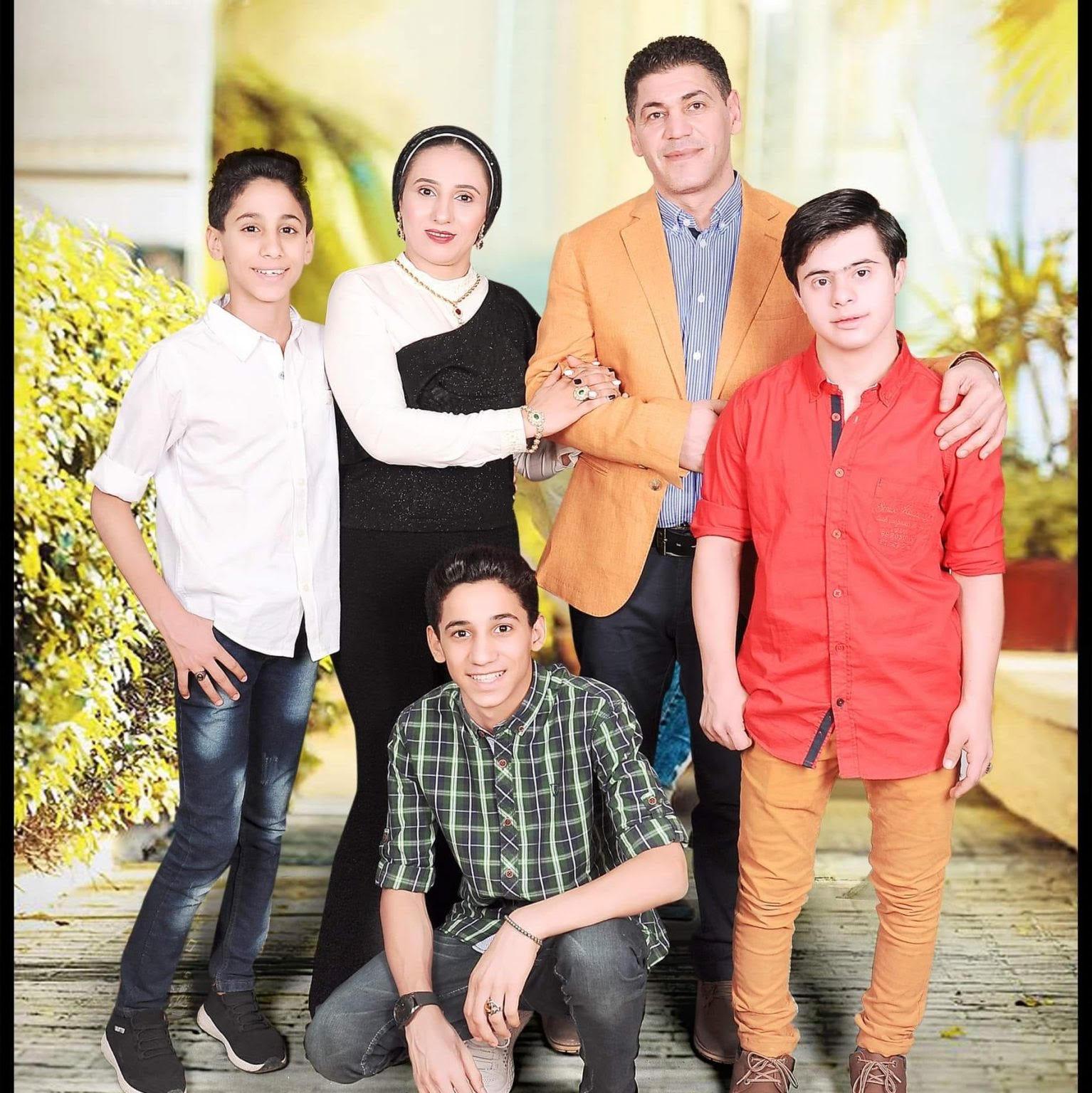 Nofal also took part in the national championship for futsal. He won the gold medal, and and was honoured with a certificate of appreciation. He was awarded the first prize in the international forum of Our Children for his role in the documentary La lil-Tanammur (No to Bullying). 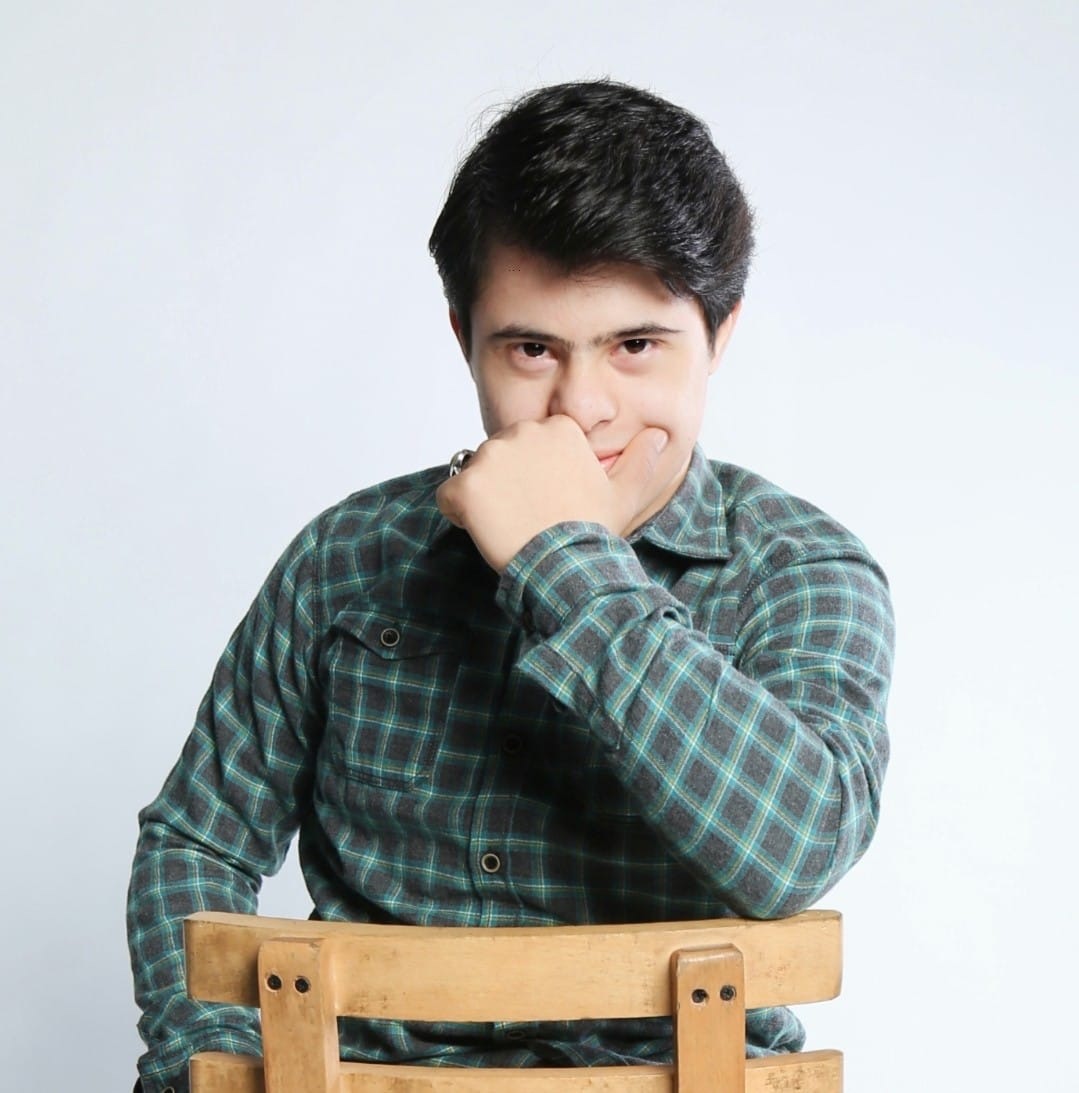 Labelled the “Icon of Gharbiya”, Nofal was honoured with a certificate of appreciation, and the shield of honour by the non-governmental campaign “We think for tomorrow”. 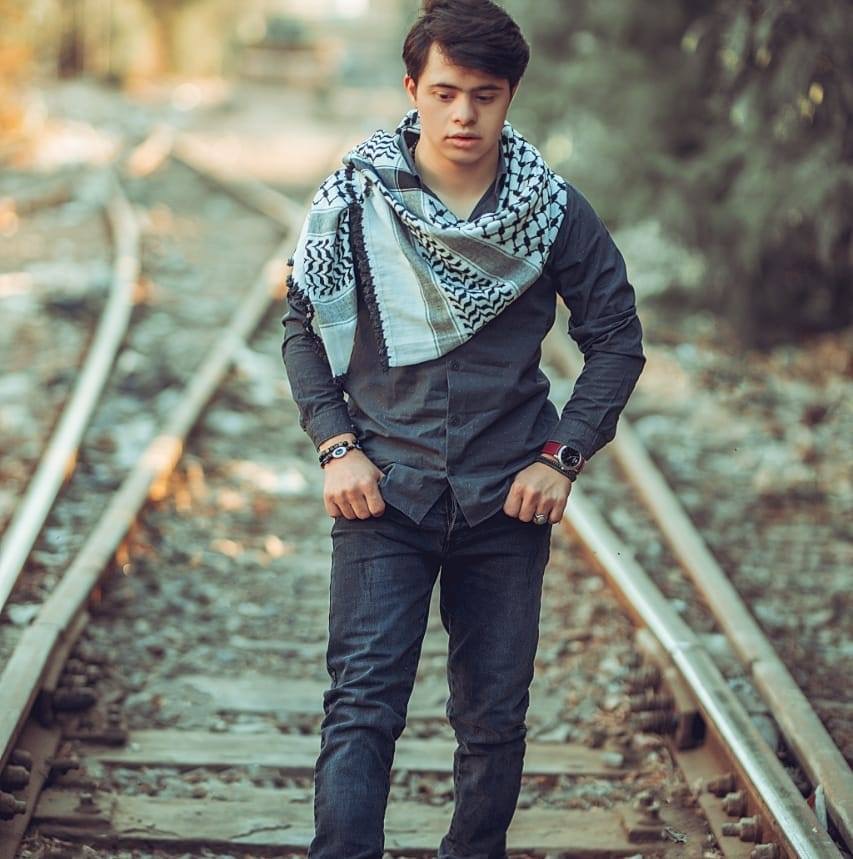 Nofal’s mother wished to send a message to parents of children with disabilities. “Don’t ever give up on your children, or allow yourself to be led by people’s comments against these children, even if these people are members of your family. Try to find something special in your children; they always, without fail, have something unique to them.

“All I dreamed of was to have a son who could depend on himself, and have a full life. I am now proud when I walk with Mustafa hand in hand.”