Major General Atef Muftah, General Supervisor of the Grand Egyptian Museum and the surrounding area, explained that the transfer was carried out amid security measures by the Tourism and Antiquities Police, under supervision of the restorer and the museum curators.

Al-Tayeb Abbas, Assistant Minister of Tourism and Antiquities for Archaeological Affairs at the Grand Egyptian Museum, said that the shrine will undergo restoration work inside the museum. He explained that It is made of gilded wood, and was discovered among the treasures of the king in his tomb in Luxor’s West Bank in November 1922. It was then transferred with the other items in the collection to the Egyptian Museum in Tahrir, where they were put on display.

Dr Abbas added that the remaining shrines will be transferred in succession, to be showcased according to the set display scenario in the halls dedicated to the king’s treasure. He said that the halls spread over an area of ​​some 7200 square metres, and are equipped with state-of-the-art museum display acclimatised to temperature, humidity, and lighting, and featuring labels with graphics and cards for each piece.

Professor Moamen Othman, head of the museums sector, confirmed that the transfer of the cabin was carried out according to the principles and accurate scientific standards. He added that the shrine was dismantled into 10 parts with the same manufacturing technique that the ancient Egyptian used, then each part was individually wrapped inside an inner box and another external one using acid free materials.

He pointed out that the team from the Grand Egyptian Museum and the Tahrir Museum will reassemble the shrine in the next few days inside the halls of the boy king’s treasures.

For his part, Issa Zidan, Director General of Executive Affairs for Restoration and Transfer of Antiquities at the Grand Egyptian Museum, said that before the transfer, the shrine was examined and a detailed report was made to accurately document its preservation status, with the restorer team using the latest photographic and video cameras. IR imaging, as well as XRF scanning and X Ray Radiography were done to identify the locations of the metal and wood tongues and the docks of the shrine. He said that this helps the working team to develop a thorough plan to safely dismantle the shrine.

According to Sabah Abdel-Razek, Director General of the Egyptian Museum in Tahrir, the length of the third shrine is 3.40m, its width 1.92m, and its height 2.15 m. It weighs about 1142 kg. The walls end at the top with a frieze. It has a double door closed with a royal seal.

The shrine consists of a ceiling decorated with a winged sun disk and eight birds with the titles of the king placed under it, and on the inside there are inscriptions on the ceiling. In addition, it includes a gate that features inscriptions and texts from the Book of the Dead and decorated on the inside. And at the top of the door is a winged sun disk surrounded on the right and left side by a group of signs. 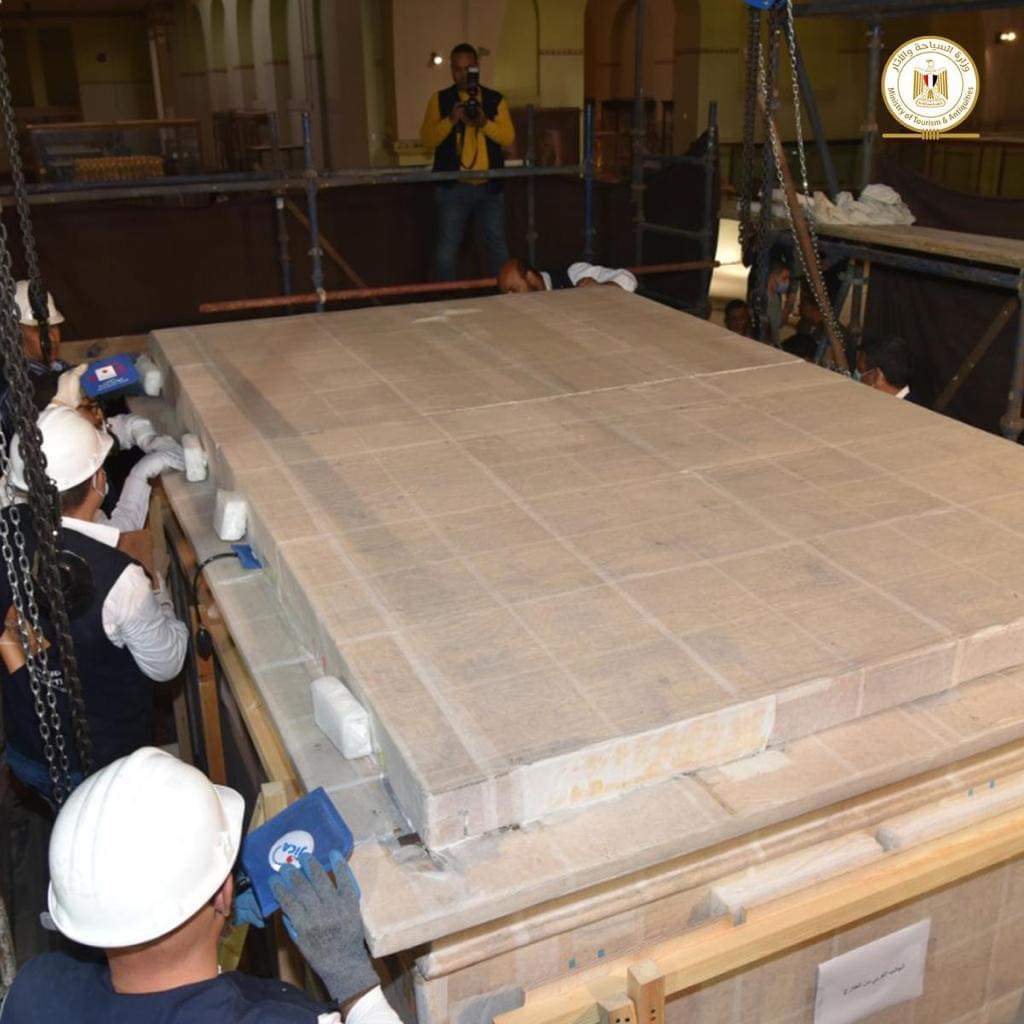 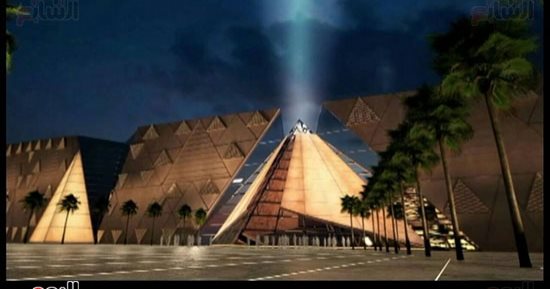 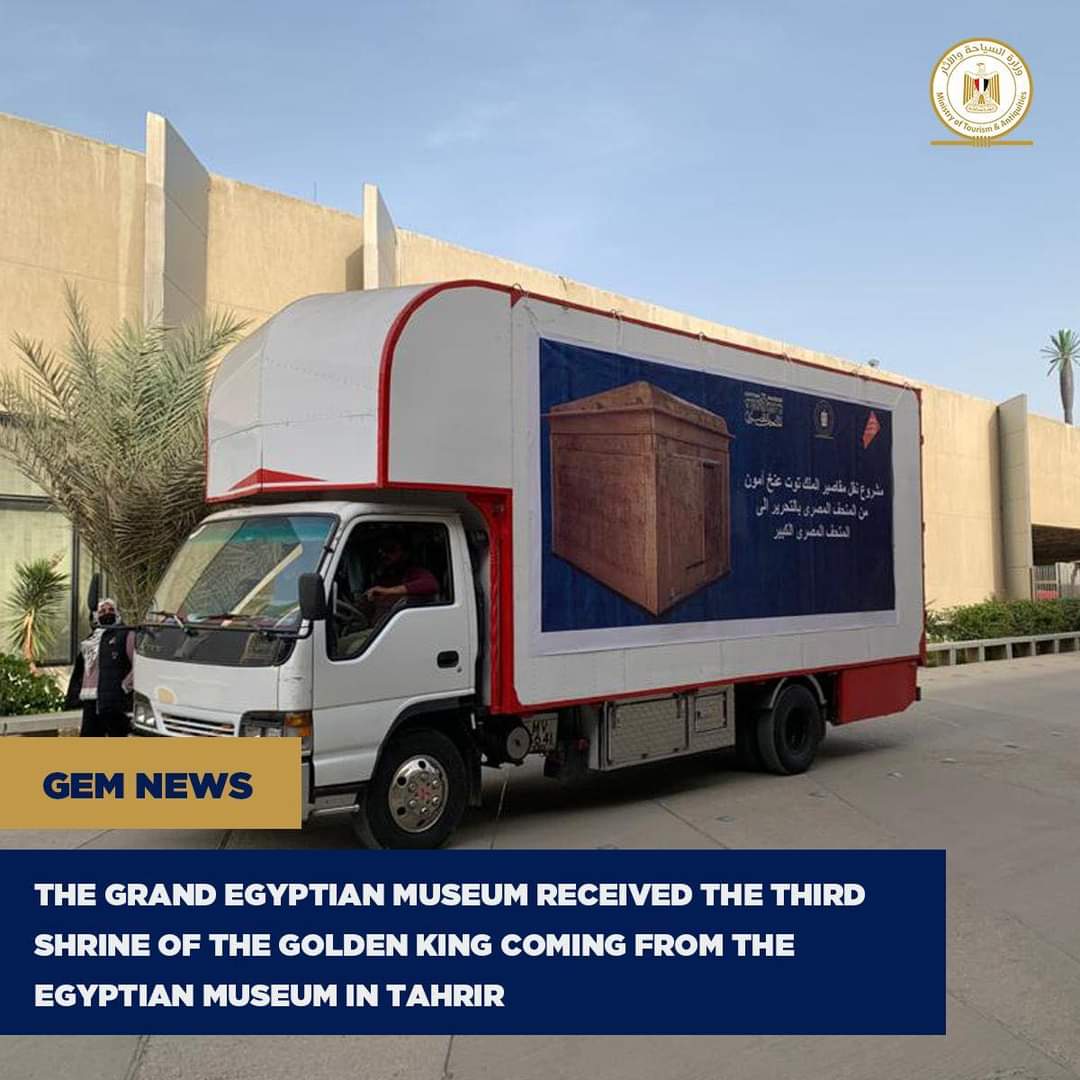 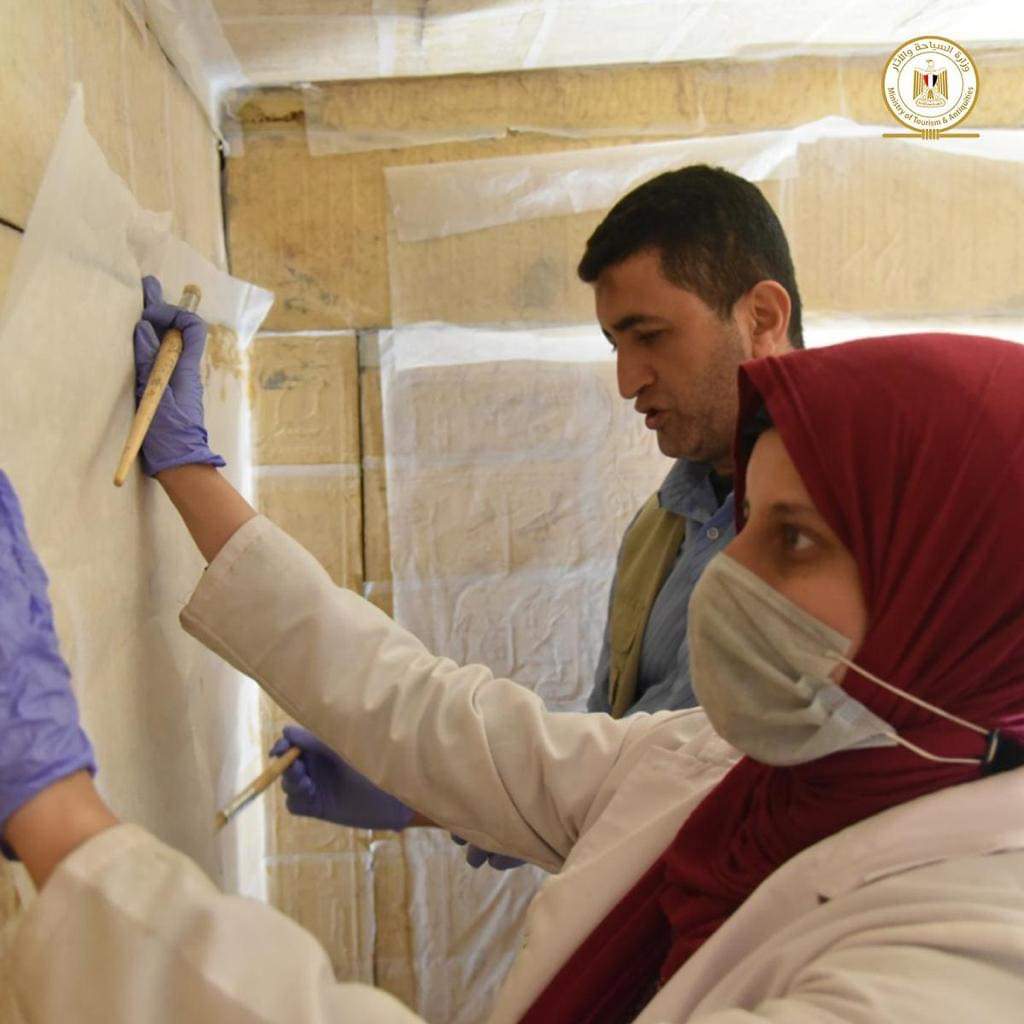 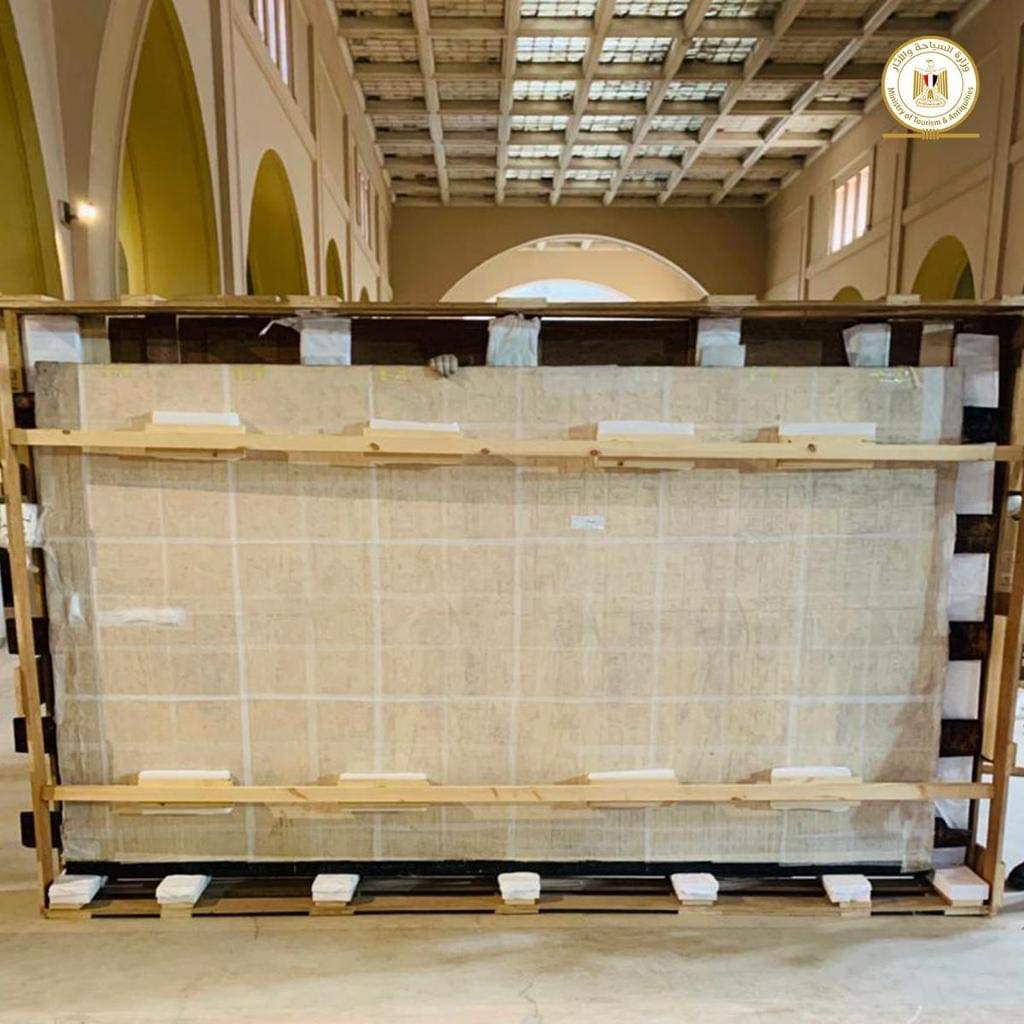