Shali Fortress, a 12th-13th-century structure in the centre of Siwa oasis in Egypt’s Western Desert near the Libyan border, was recently opened following a meticulous restoration project. The fortress was built on high ground by the Mamluks who then ruled Egypt; surrounding it is the village of Shali. The renovation project was implemented under “The Revival of the Shali Fortress in the Siwa Oasis Initiative”, funded by the EU and co-financed, designed, and implemented by Environmental Quality International for Small and Medium Enterprise Development (EQI-SME).

Siwa oasis lies 50km east of the Libyan border, and 560km west of Cairo. Its inhabitants are mainly Berbers. According to the Arab historian al-Maqrizi, Shali was originally built in Siwa as a secure place for Siwis to protect them against attacks by Bedouin tribes. The village was a fortified town with a solid surrounding wall that included three gates, and remained a thriving place till 1926 when heavy rainstorms damaged its kershif-built houses. The inhabitants had to abandon it and move out, leaving it mostly as a ghost town. Even so, the clustered buildings on the hillside and the towering fortress never ceased to enchant visitors, as did the local handicrafts and embroidery.

The opening event of the renovated Shali Fortress last week featured Khaled al-Anani, Minister of Tourism and Antiquities; Rania al-Mashat, Minister of International Cooperation; Yasmine Fouad, Minister of Environment; and General Khaled Shoeib, Governor of Matrouh; also delegations from the European Union (EU) Delegation to Egypt, and the UNFPA office in Egypt, who opened and toured the newly restored site.

Attending the event were Ambassadors and Cultural Attachés representing Malta, Angola, Australia, Belgium, Brazil, Chile, Columbia, France, Germany, Ireland, Italy, Japan, Jordan, Latvia, New Zealand, Poland, Portugal, Spain, Sweden, Thailand, and the United States of America. They came to explore the opportunities of transforming Siwa into the internationally acclaimed hub for sustainable living and travel that it deserves to be.

The aim of the event was to highlight the Initiative’s considerable achievements since 2018, and the work remaining to be implemented until the end of 2020. Designed to revive, restore, and conserve Shali’s kershif-built—kershif is a local building material made up of salt, mud brick, and palm logs—archaeological site and the partially abandoned and dilapidated settlement surrounding it, the Initiative will also stimulate Siwa’s economy by improving its international standing as a leading eco-tourism destination.

“The recognition that we are indeed at one with our cultural and natural heritage, and with each other, irrespective of who, or where we are, is a good way to reconfigure our common future; the Siwa Sustainable Development Programme is about this opportunity,” Dr Anani said.

Dr Mashat highlighted that, “Never has the call for public-private partnerships been more relevant. It is by engaging local communities and all stakeholders in an environment of national and international cooperation that we can spur impact through fostering inclusive and sustainable growth.”

The Initiative comprises many key elements that together have been instrumental in the economic empowerment of the people of Siwa through heritage preservation. This has been carried out through the restoration, conservation, and adaptation of the use of structures and spaces in the archaeological site, elevating Shali’s standing as one of Siwa’s prime cultural tourism attractions, and building the capacity of local residents to restore their properties using traditional methods.

“Siwa is a unique, magical place. It offers its own blend of natural beauty, heritage sites, and culture, which is built and nurtured by the community that has lived here for generations. I am proud to see that the EU is encouraging a sustainable approach to heritage preservation that is not only attracting more tourism, but also benefitting the local community, by offering better opportunities for sustainable economic growth,” said Christian Berger, Ambassador of the EU to Egypt.

The Initiative has demonstrated that the conservation of heritage sites alongside the upgrading of environmental and health services improves living conditions and stimulates local economies. As the founder of EQI-SME, Dr. Mounir Neamatalla said, “The Shali Revival Initiative was created to safeguard the heritage of Siwa and engage its residents in positive actions that will ensure a healthy and sustainable local economy.”

In order to respond to the socioeconomic needs of the Oasis’ young population, the Initiative has provided a platform for the improvement of livelihoods through the reconstruction and restoration of commercial zones, traditional marketplaces known as `khoss`, where small business owners and artisans can display and sell their products.

Additionally, the Initiative helped respond to the urgent healthcare needs of the Oasis’ most vulnerable population segments — women and children — by establishing and equipping a Maternal and Child Healthcare Centre that provides basic reproductive healthcare services for women, and primary healthcare for children. 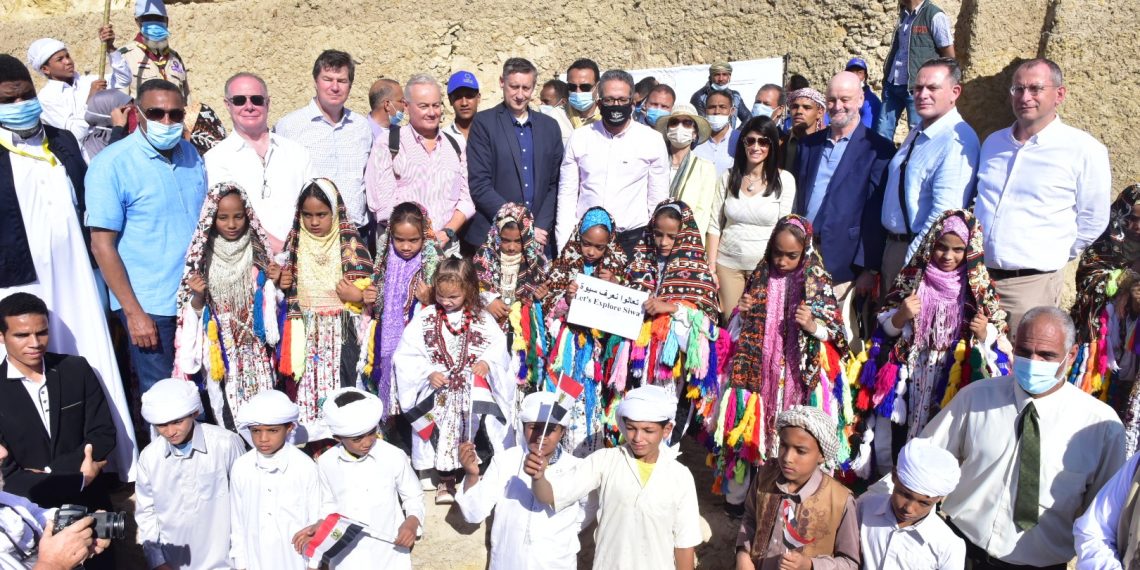 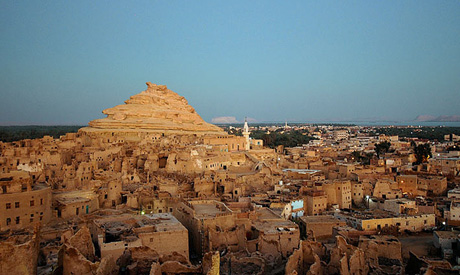 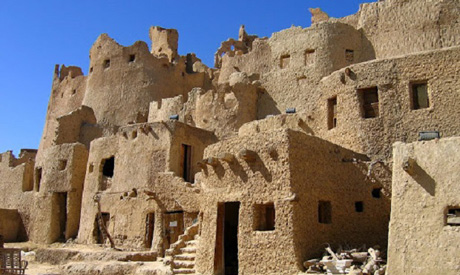 MoU between Egypt and Sumitomo to produce wiring harness