Ecotourism has finally come to Egypt. Despite its vast wealth of pristine scenic sites, and its enviable wildlife of birds and animals, and despite possessing 30 nature reserves, Egypt has been late in realising the potential of sustainable ecotourism they hold.

First of its kind

Now ECO Egypt, a campaign to promote ecotourism and nature reserves in Egypt, has been launched by the Ministry of Environment in cooperation with the Ministry of Tourism and Antiquities, and the State Ministry for Media, and in partnership with the United Nations Development Programme (UNDP), and the Egyptian non-governmental organisation Mainstreaming Bio Diversity in Egyptian Tourism (MBDT) which is funded by the Global Environment Facility (GEF). 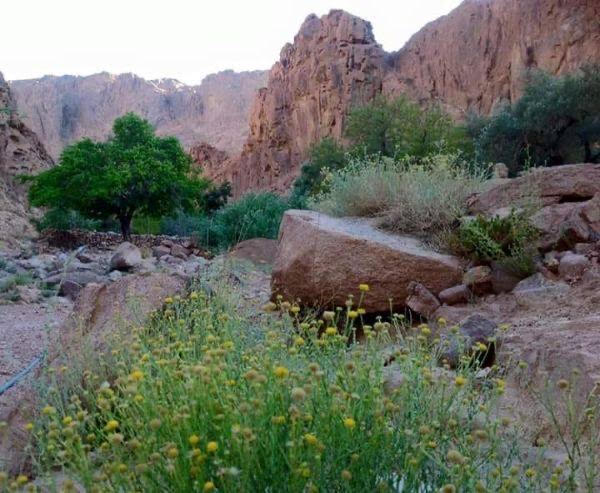 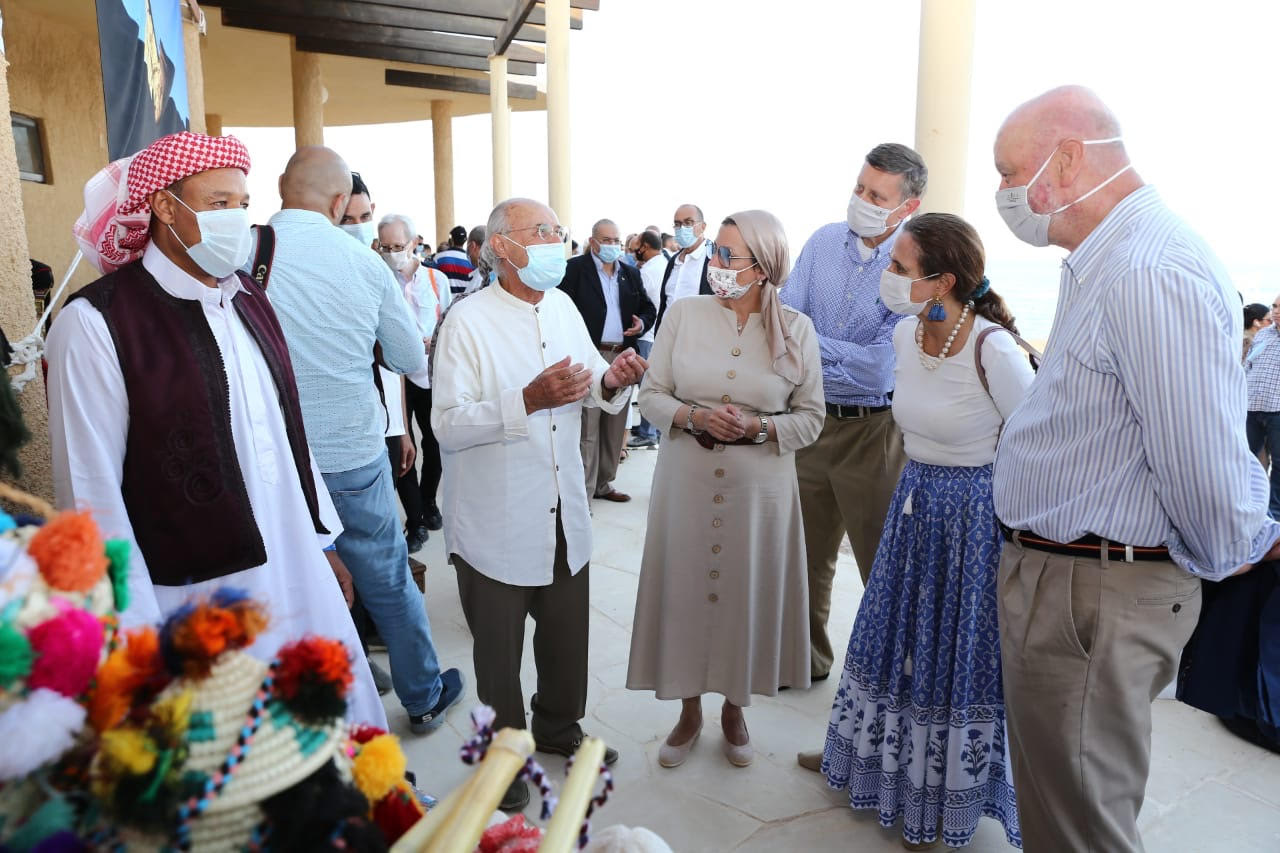 Dr Fouad said that Egypt is moving on to a new level in protecting nature reserves and preserving   their sustainability, even as it moves to develop their local communities economically and socially. Local populations and those working in the ecotourism sector, she said, are major partners in guarding the environment and wildlife, given that ensuring sustainable development of ecotourism is a pivotal activity. 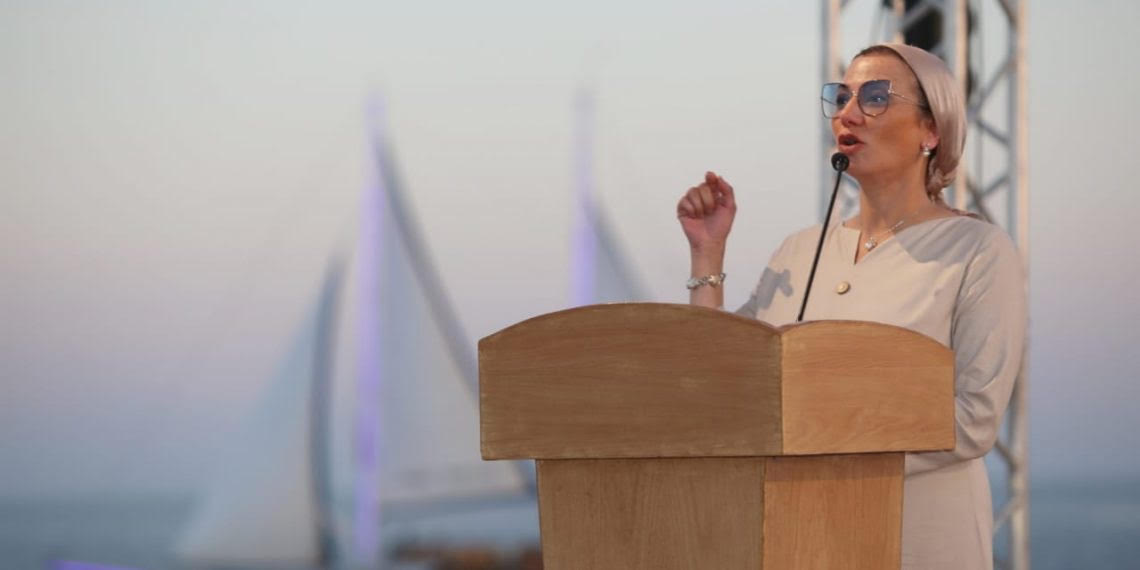 The three-year ECO Egypt campaign, Dr Fouad explained, is set to introduce to tourists eco-friendly destinations in Egypt, where they may bask in unparalleled natural beauty, and interact with local communities and cultures. The multiple activities of ecotourism include marine and safari trips, camping, diving, star gazing, birdwatching, and many others.

The first phase of ECO Egypt focuses on promoting 13 of Egypt’s 30 nature reserves, Dr Fouad noted. Ecotourism, she explained, would pave the way to new investment in this promising sector. It is known that this would support sustainability and work towards revenue generation that would lead to self-sufficiency. In case of Fayoum some 100km southwest Cairo, and Wadi al-Gemal (Valley of the Camels) on the Red Sea coast some 800km south of Cairo; the respective increase in local income on account of sustainable jobs already rose 126 per cent and 46 per cent in one year, Dr Fouad said.

The Minister of Environment said the ECO Egypt campaign comes within the presidential initiative “Go Green” to raise environmental awareness and sustainability culture.

For his part, Media Minister Osama Heikal expressed his happiness at the notable cooperation among a number of State institutions to make ECO Egypt a success. The media, he said, works to create positive public awareness on sustainability and ecotourism through relaying all relevant issues in simple, attractive, illustrative means. 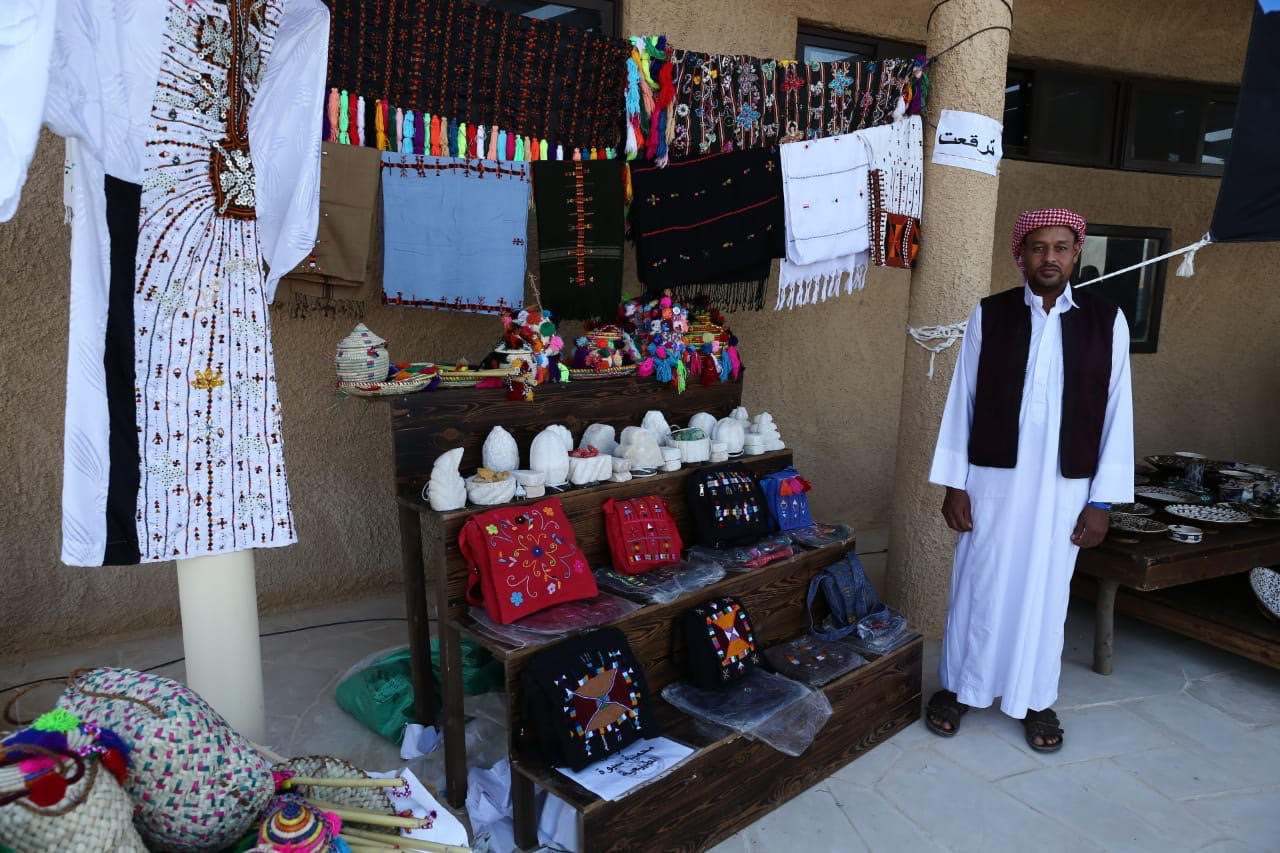 “Environment is claiming back tourists to an original, authentic form of tourism,” UNDP’s Ms Aboul-Hosn said. “This allows not only nature to replenish itself but the communities that live in this nature to share with the rest of the world their heritage and culture. What better place than Egypt to come closer to nature … a very rich nature.” 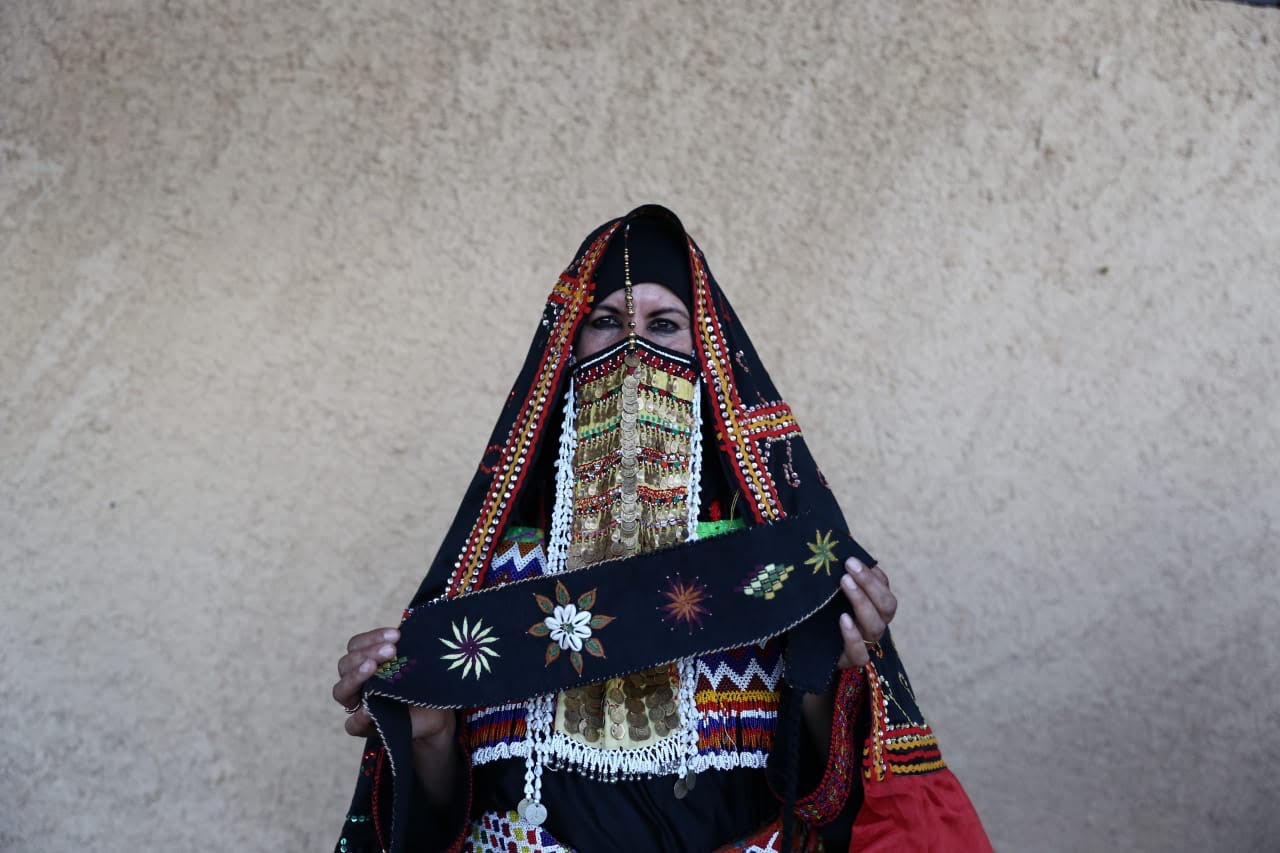 Once the ECO Egypt event was over. Dr Fouad and Mr Heikal toured the Migratory Bird Centre in Sharm al-Sheikh. 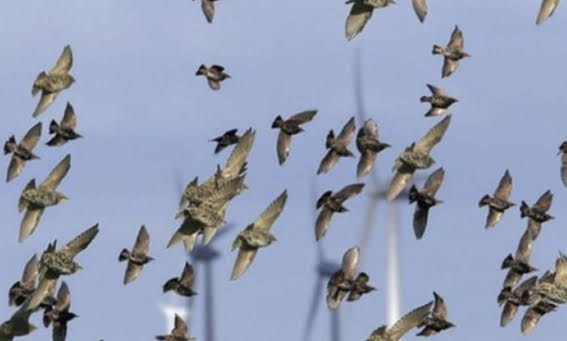 Egypt is the world’s second most important pathway for bird migration between Europe and Africa; 700,000 to one million species of migratory birds pass through the country twice a year in spring and autumn. Dr Fouad said Egypt had been awarded a number of international prizes, including the Energy Global Award in August 2020, for its efforts in protecting migratory birds. The country has been positively active on that front, operating applications that allow for temporary partial shutdown of its power generation wind farms to protect migratory soaring birds and promote birdwatching.

The introduction of ecotourism destinations should work to enhance tourism in Egypt. Sinai alone boasts five of the destinations.

St Catherine National Park in South Sinai, which stretches over some 4,300 sq.km, was declared a nature reserve in 1988. It includes some of the highest peaks in Egypt, such as Mount St Catherine and Mount Sinai; and is home to around 30 species of rare reptiles and a variety of unique medicinal herbs. 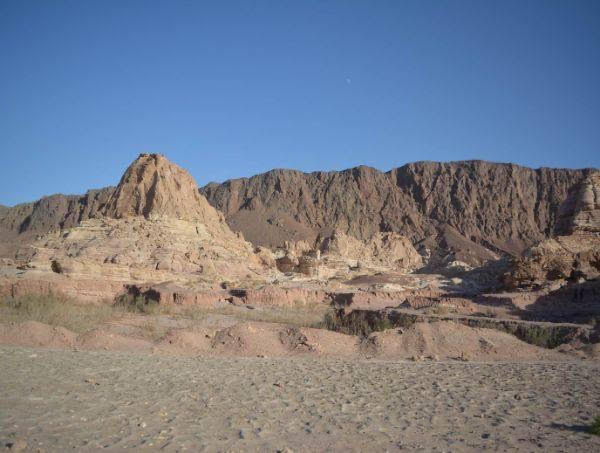 Some 15 per cent of the area of St Catherine’s is listed among international cultural heritage sites. It boasts churches and monasteries that go back to the 5th and 6th centuries; among the famous Saint Catherine’s Monastery. It is also home to Pharaonic and Byzantine monuments, as well as Ayun Moussa, literally Moses’s Springs, believed to include the spring where Moses, after leading the Israelites across the Red Sea, turned a bitter water source into sweet drinking water by throwing into it a tree branch, as mentioned in the Bible.

Also in South Sinai is the 500sq.km landscape reserve of Abu-Galum on the Gulf of Aqaba, which boasts magnificent granite mountains that may be enjoyed on camelback. The mountains descend to the sea where a paradise of coral reefs and deep underwater caves may be explored. 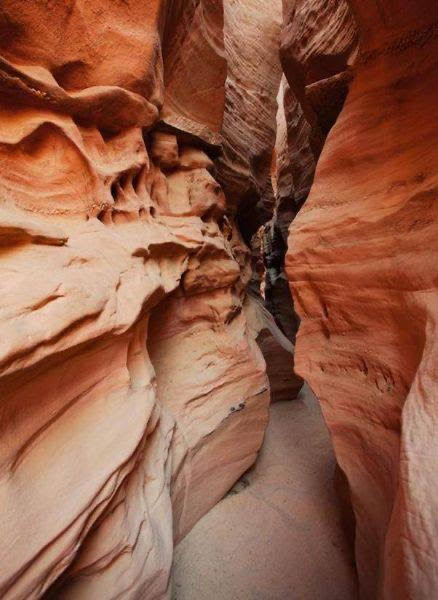 Nabq, 35km north of Sharm al-Sheikh, is famous for its coral reefs and its outstanding fauna and flora, but especially for the thick mangroves along its shore.

Apart from the Sinai nature reserves, other destinations on the ECO Egypt initiative offer a variety of ecosystems that range from marine and Nile systems, to expansive deserts, lush plains, lakes, and oases. Each stuns by its outstanding scenic beauty and wildlife, guarded by local populations that have throughout the ages been shaped by the serene nature they have been steeped in.

Notwithstanding COVID-19, Egypt had earlier celebrated in Sharm al-Sheikh World Tourism Day (WTD), marked every year on 27 September since 1980. The day commemorates the adoption of the UN World Tourism Organisation’s (UNWTO) Statutes in 1970. It also coincides with an event that holds special significance to Egypt: the deciphering hieroglyphs on the Rosetta Stone in the early 19th century, leading to the unlocking of ancient Egyptian history.

Dr Anani celebrated WTD along with the ministers of civil aviation, environment, and state information; and 30 foreign ambassadors to Cairo, with a three-day trip to Sharm al-Sheikh. They inspected cautionary measures at Sharm al-Sheikh airport and hotels, as well as PCR testing facilities. They also visited Sharm al-Sheikh Museum which is due to open in October, but Dr Anani restricted the visit to only one hall to respect the novelty anticipated at the opening.

The ambassadors expressed appreciation of the museum’s design, open-air displays, and splendid collection, describing the museum as “a real beauty”. 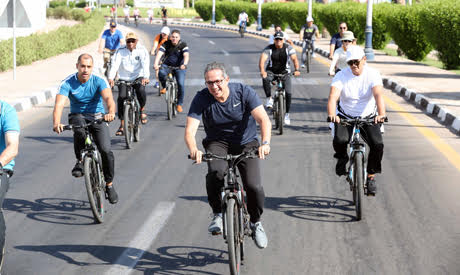 The visitors were able to take in the sunny weather and magnificent snorkelling in the Red Sea waters. They also toured a number of nature reserves and visited Sharm al-Sheikh International Hospital.

A 30-minute fun cycling competition was held in the streets of the city; the winner was the Cameroonian ambassador to Cairo. Meanwhile, the German ambassador suggested holding an international cycling marathon in Sharm al-Sheikh.

Dr Anani noted that tourism in Egypt was picking up in the wake of the coronavirus travel ban since last March. Egypt resumed international flights on 1 July, with all cautionary measures implemented. Almost 300,000 tourists from 15 countries have visited South Sinai and the Red Sea since the return of tourism to Egypt.