Egyptians were happy to learn that Ahmed Fuad II, the last of Egypt’s monarchs, has been on an unofficial visit to Egypt, along with members of his family: Prince Muhammad Ali and his spouse, Princess Noal, and Princess Fawzia-Latifa. The visit, which started early March and extended to mid-March, has been strictly guarded as a private affair; very little news have been circulated about it. It is not even known whether he visited other places in Egypt besides the capital.

Ahmed Fuad II was the 11th and last monarch of the Muhammad Ali dynasty, which had ruled Egypt since 1805. After he was deposed, he moved to Switzerland and was brought up there, then to France where he got married to the French Dominique-France Loeb-Picard, and had with her his three children, Prince Muhammad Ali, Princess Fawzia-Latifa and Prince Fakhruddin. After his divorce, Ahmed Fuad moved back to Switzerland. 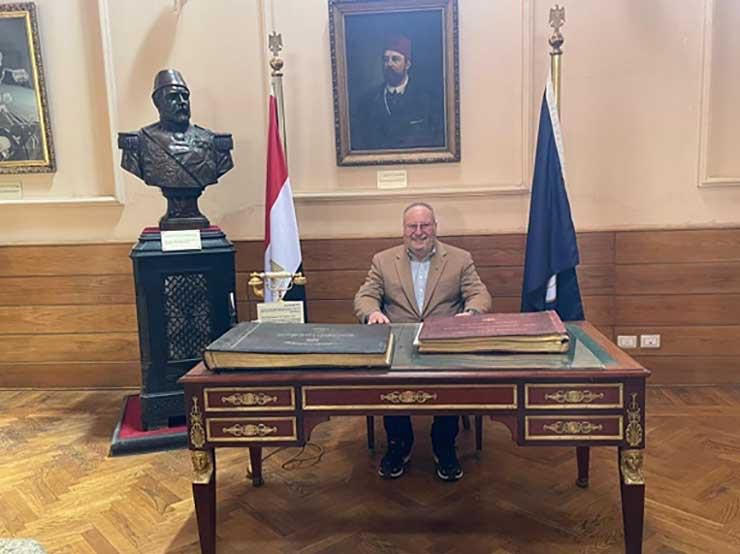 Grandfather’s car and telephone
On his recent visit to Egypt, pictures were taken of Ahmed Fuad and his entourage while visiting the Museum of Royal Carriages, and the Museum of Prince Muhammad Ali’s Palace. 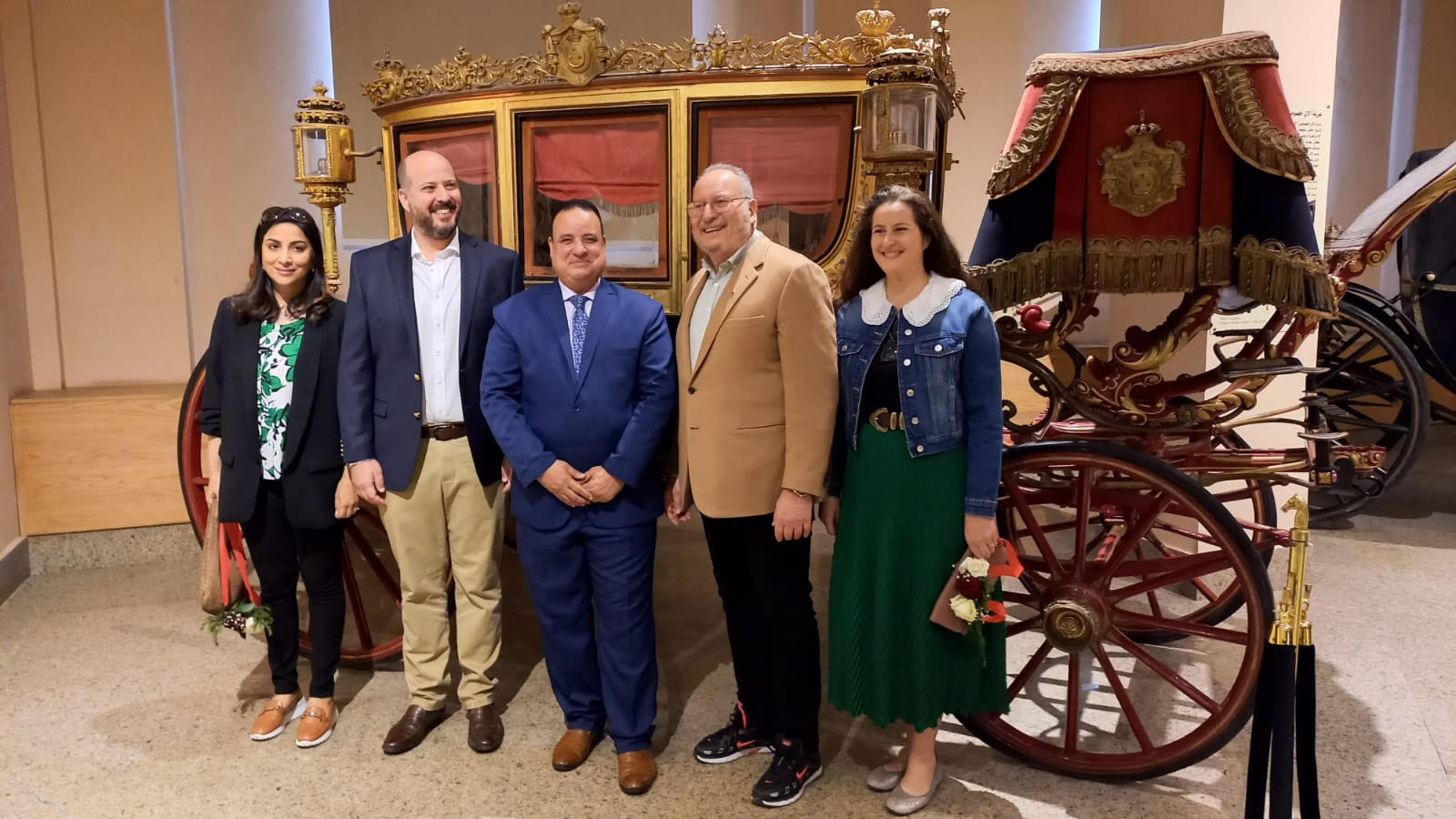 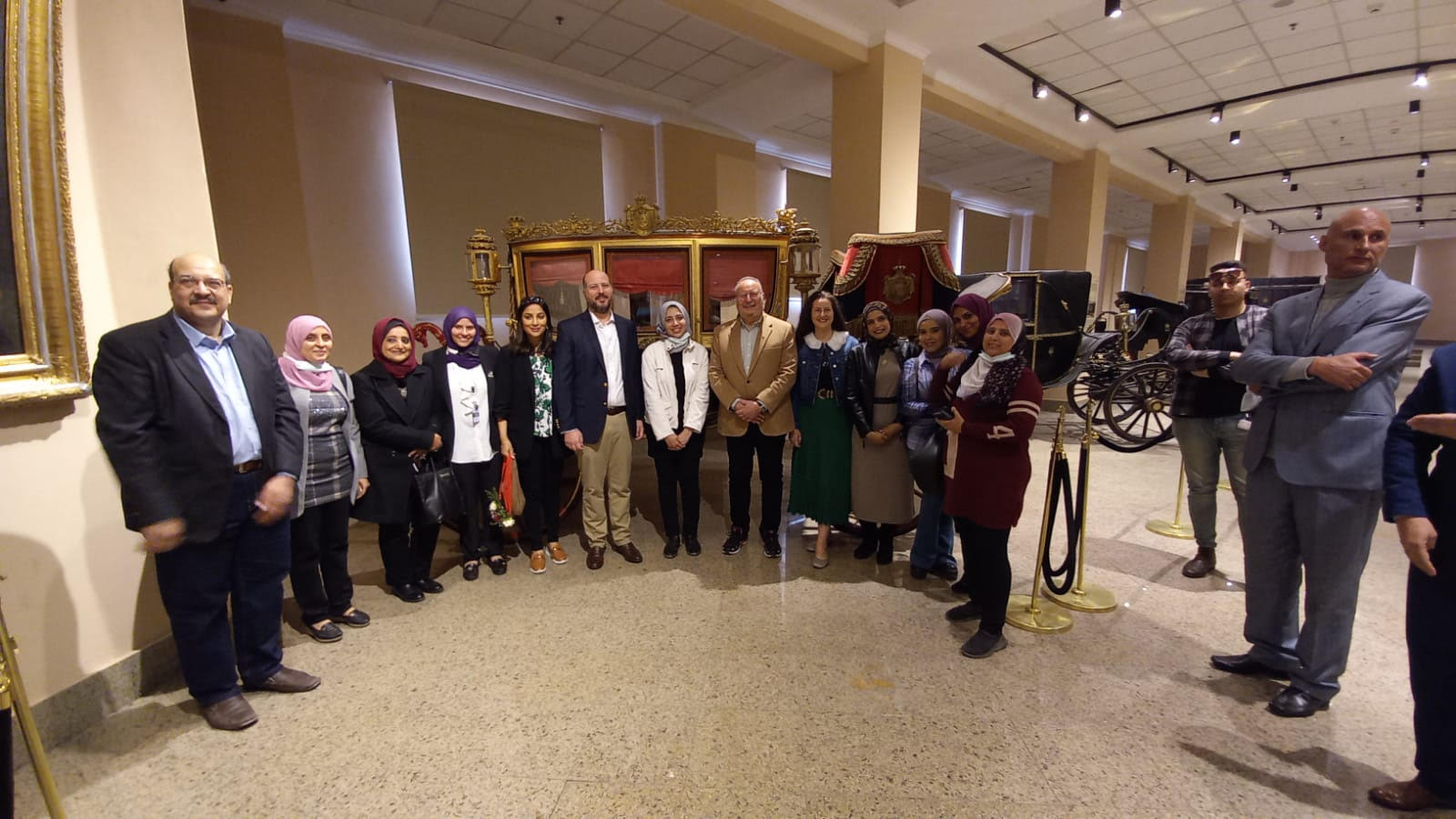 At the Royal Carriages Museum (RCM), Egypt’s last king was welcomed by the Director of the Museum, Ahmed al-Sabbagh as well as the Museum’s curators. Ahmed Fuad and his family took a guided tour inside the RCM, strolling through the Antikhana and the Horse Halls. He was particularly impressed to see the private car and telephone of his grandfather King Fuad I (1868 – 1936), as well as a portrait for his sister Princess Fawzia (1921 – 2013). 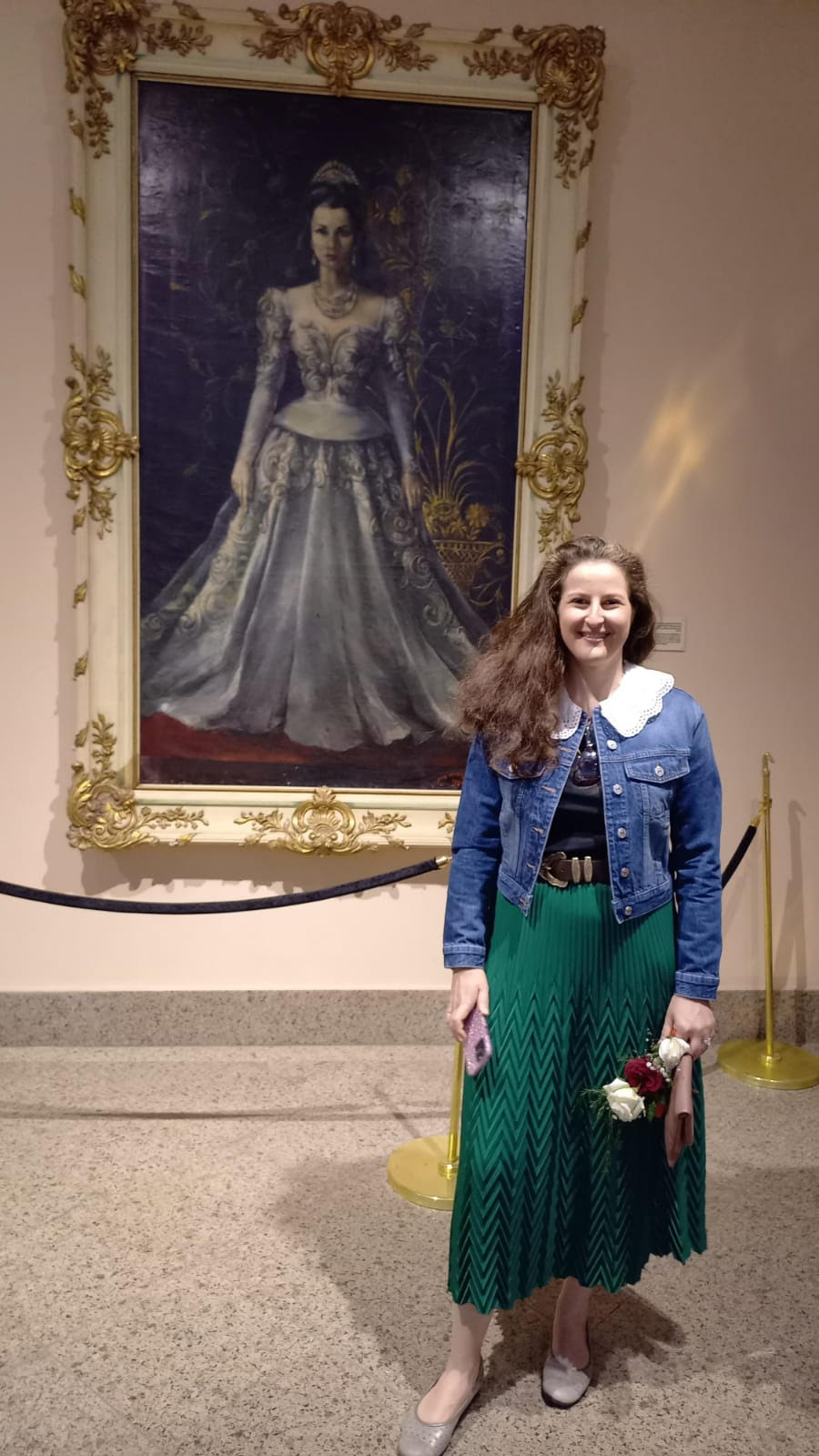 Where the royal carriages are

The family also visited the Museum of Prince Muhammad Ali’s Palace in Manial, Cairo. The museum exhibits an important period in the history of modern Egypt. The Palace was built by Prince Muhammad Ali Tawfik (1875 – 1955) between 1900 and 1929, and has a unique architectural style that mixes modern Islamic, Persian, and Mamluk styles. The Museum’s Director, Walaa Eddine Badawi accompanied Ahmed Fuad on his tour of the museum. 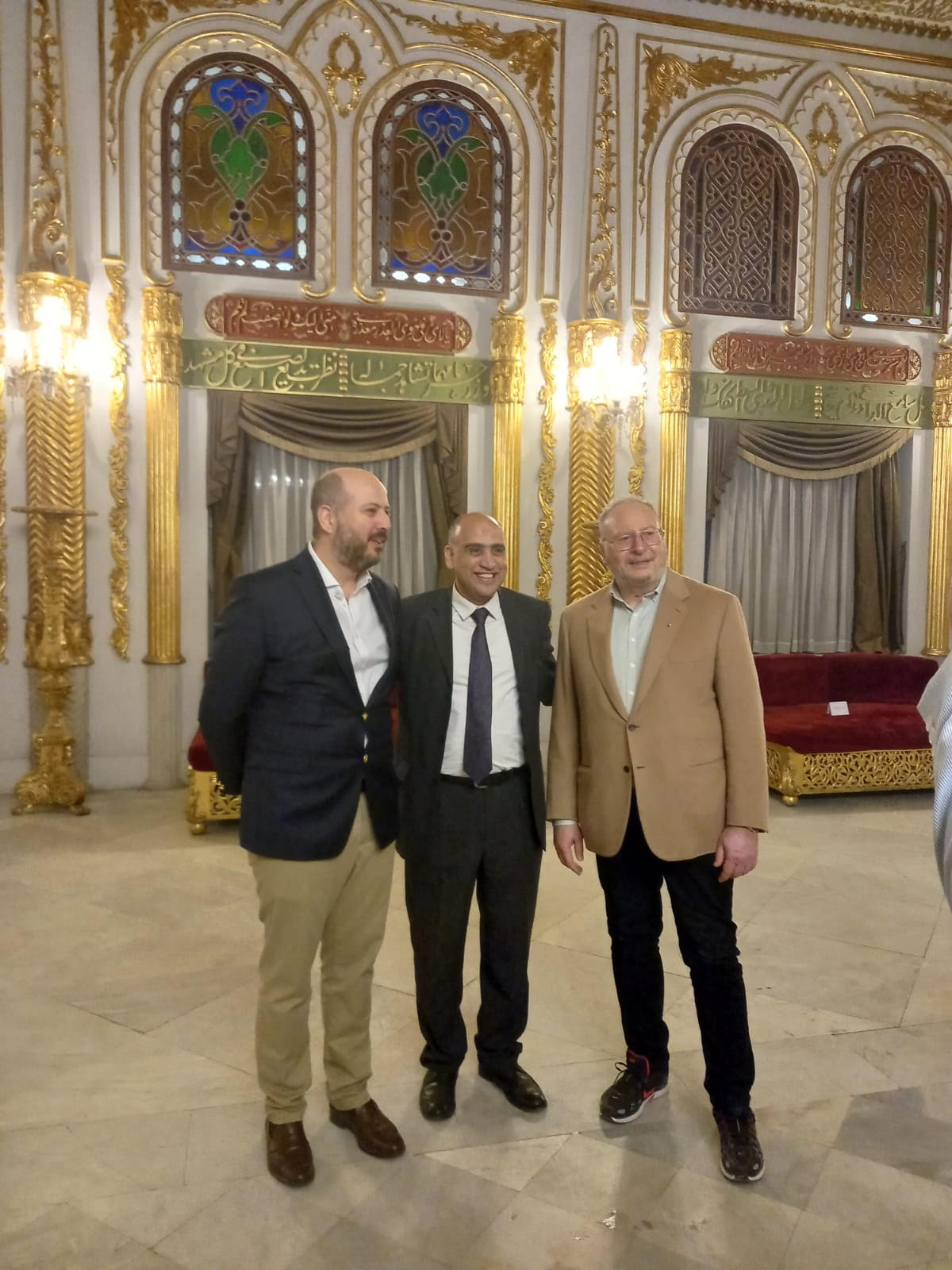 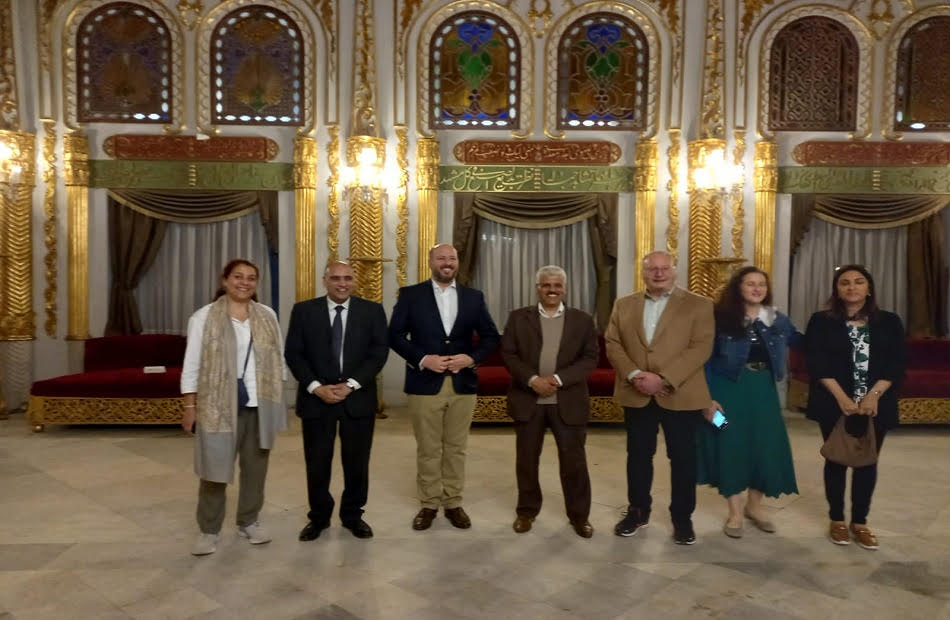 Fatimid Cairo
The royal group took a tour of the historic, recently renovated al-Muizz Street in Fatimid Cairo. Al-Muizz Street is one of Cairo’s oldest; it dates back to the foundation of the city by the Fatimid dynasty in the 10th century.
On their visit to al-Muizz street, they were welcomed by Osama Talaat, Head of the Islamic and Coptic Antiques Department of the Supreme Council of Antiquities. 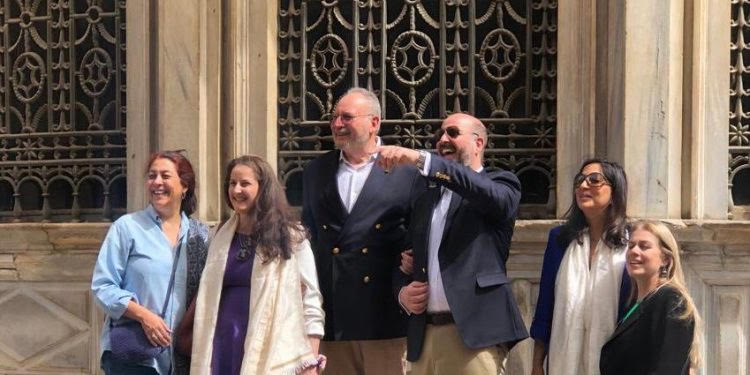 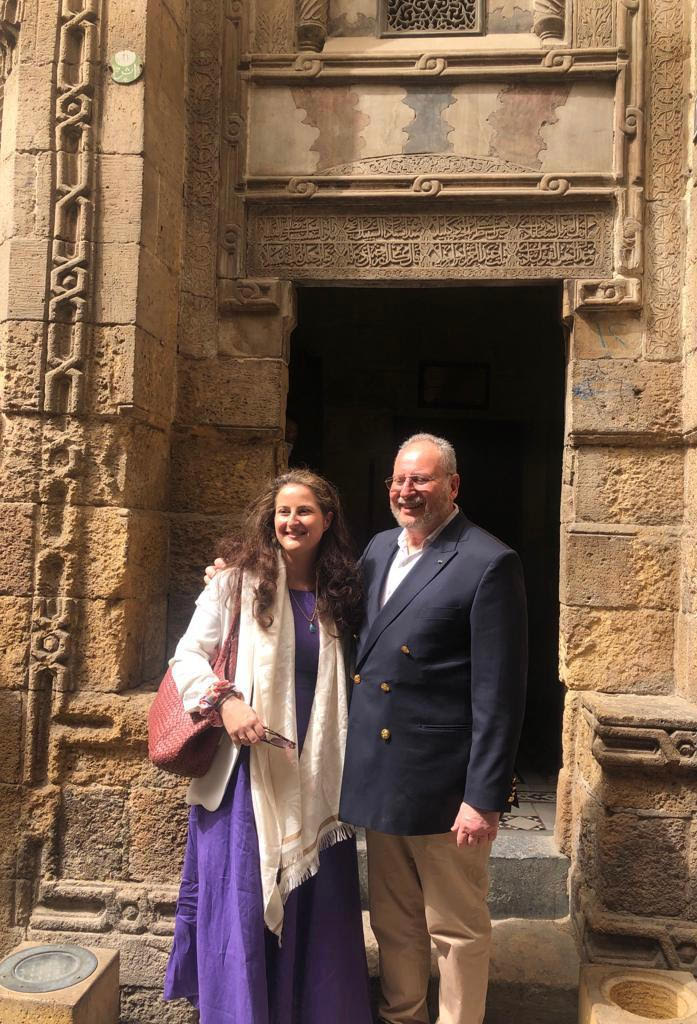 Mr Talaat guided the visitors through the prominent landmarks on the street: Bab al-Fotouh, one of the remaining gates of Fatimid Cairo; Beit al-Seheimi, a splendid sample of Islamic architecture that goes back to the 17th century and is today a cultural centre; as well as the medieval and 19th century Islamic buildings of Sabil Muhammad Ali, al-Khanqah and Barqouq School. 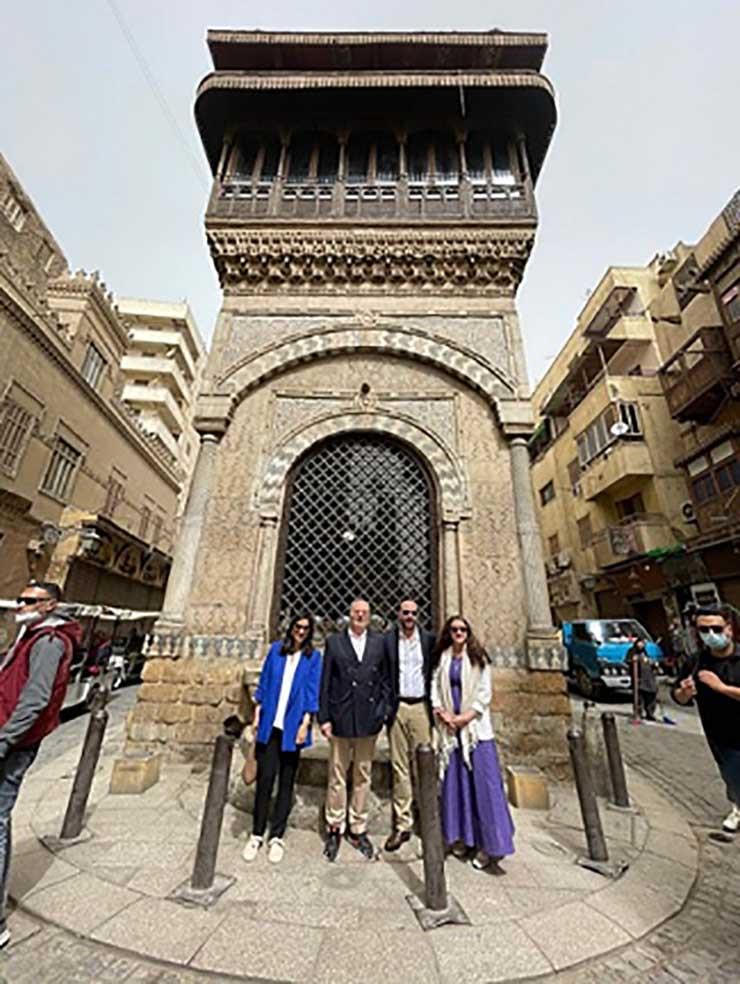 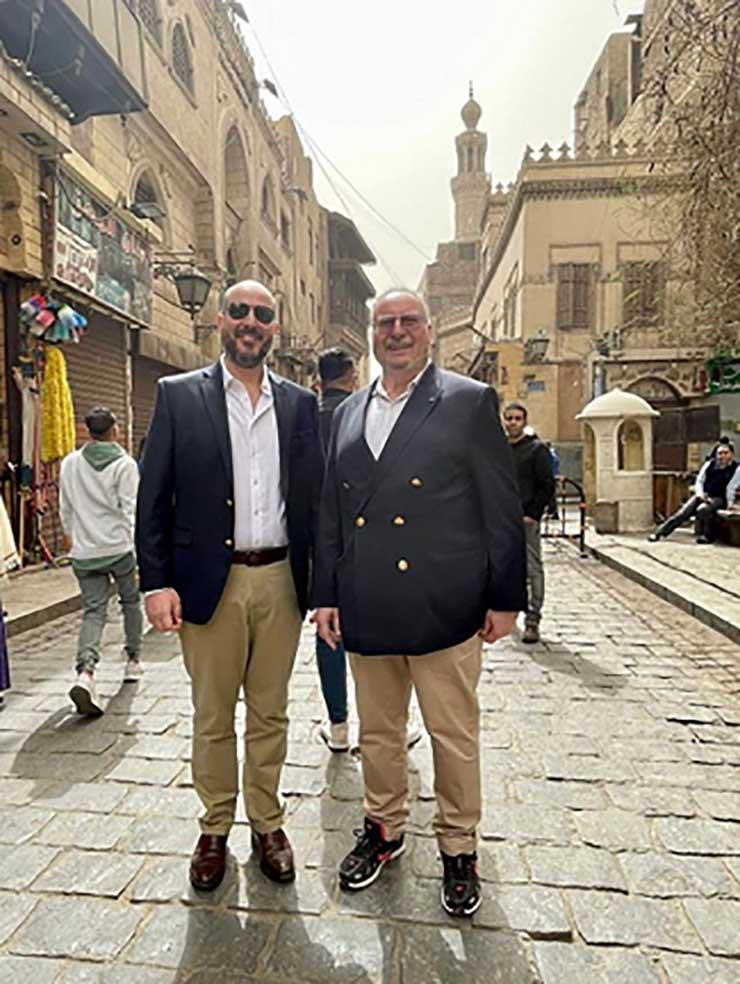 The group was spotted strolling the street and amicably talking to passers-by and taking pictures; they were captivated by the artisanal crafts produced by the people there, especially the metal and copper crafts. 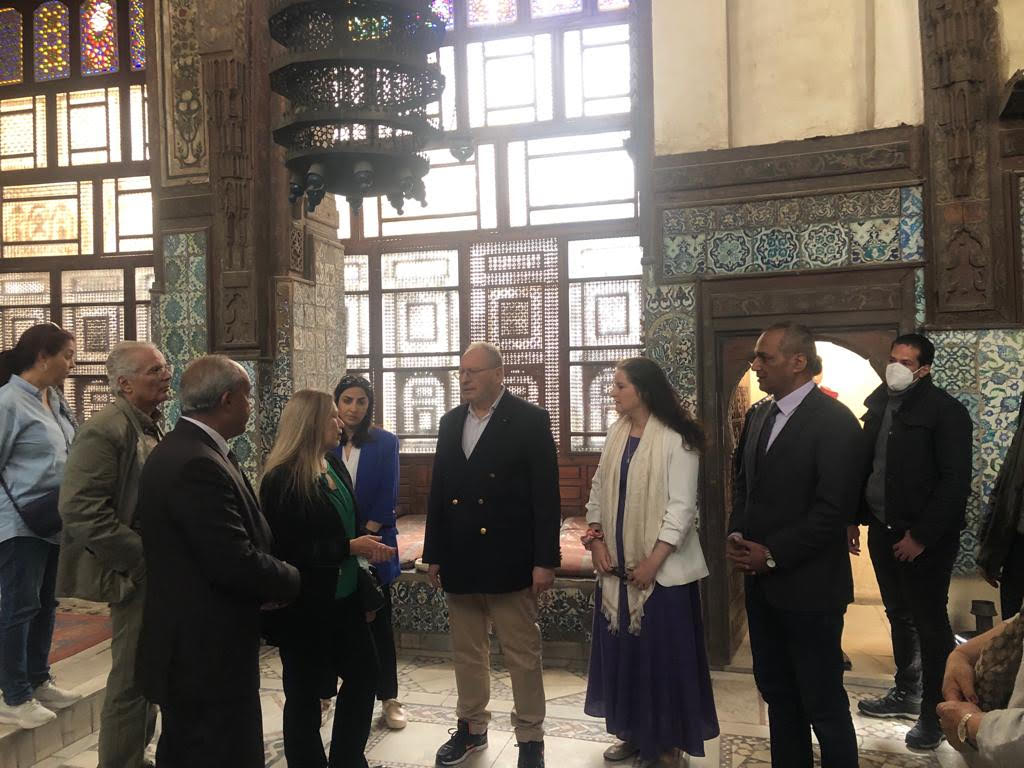 The group also strolled through the area’s bazaars and bought souvenirs. Later in the day, Ahmed Fuad and his family enjoyed refreshments at the famous Fishawy coffee shop. 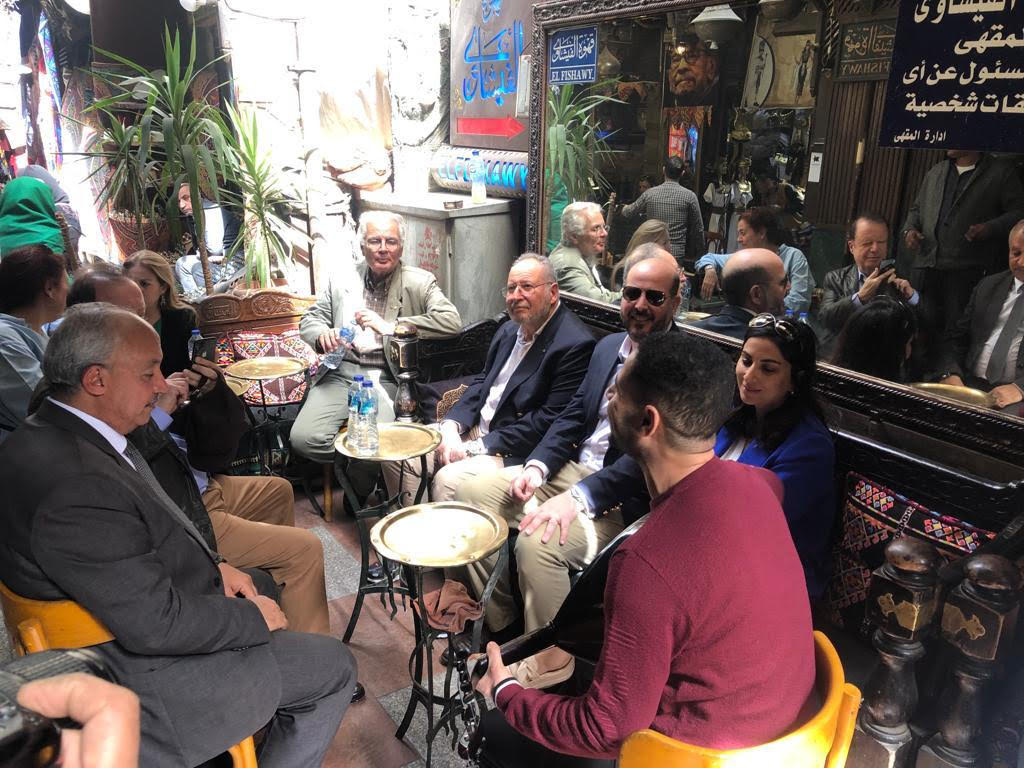 Gezira Sporting Club
Ahmed Fuad also visited the Gezira Sporting Club (GSC) in Cairo’s upscale Zamalek district, of which he is an honorary member. GSC was founded in 1882 as the Khedival Club, and has always been known as the club of the elite. Club members were pleasantly surprised to see the former monarch touring the club accompanied by Sherif Seif El Nasr, the club’s President and members of the board. 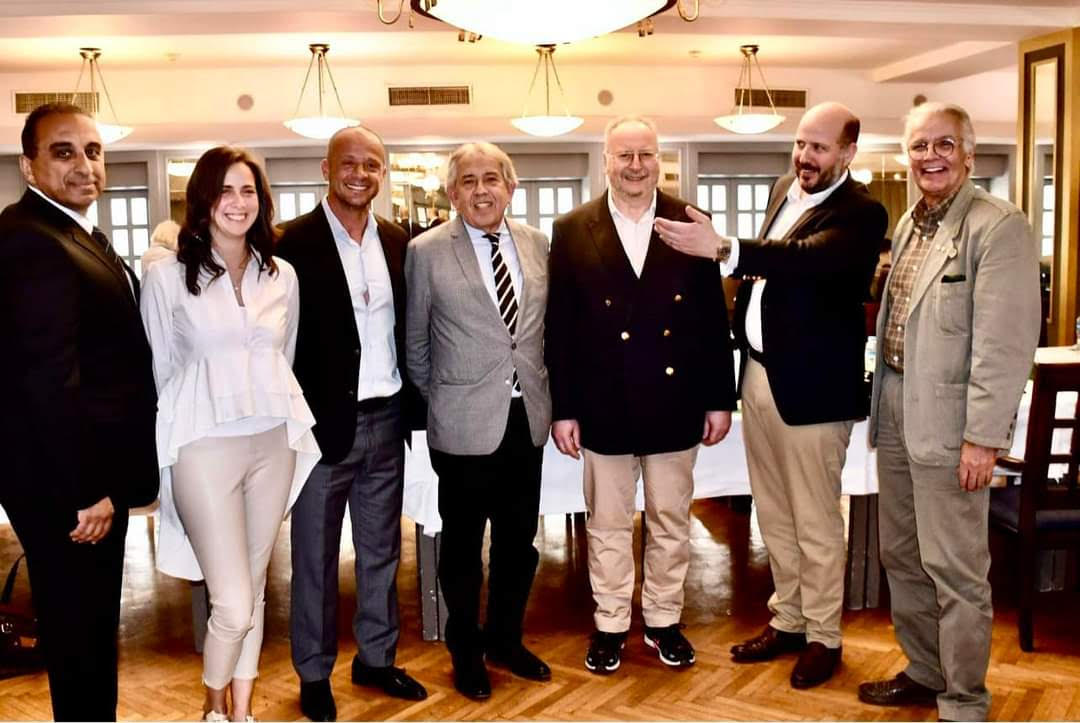 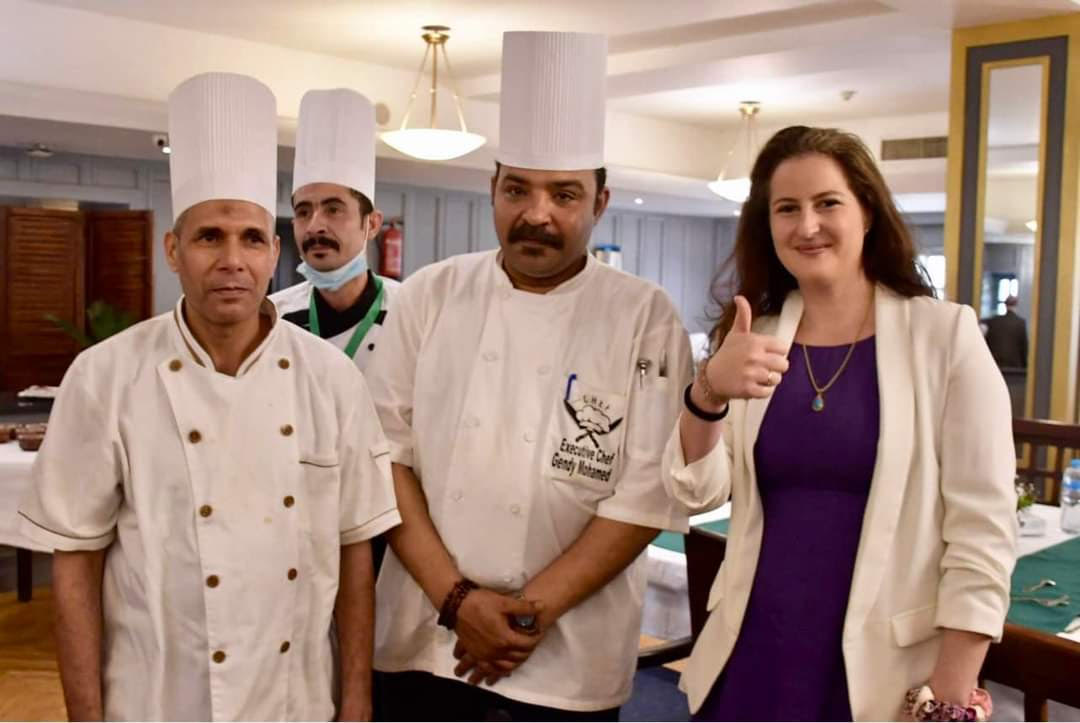 Following a lunch banquet for him and his family, Ahmed Fuad was offered by the club’s administration a gift of a silver plate engraved with the club’s emblem. 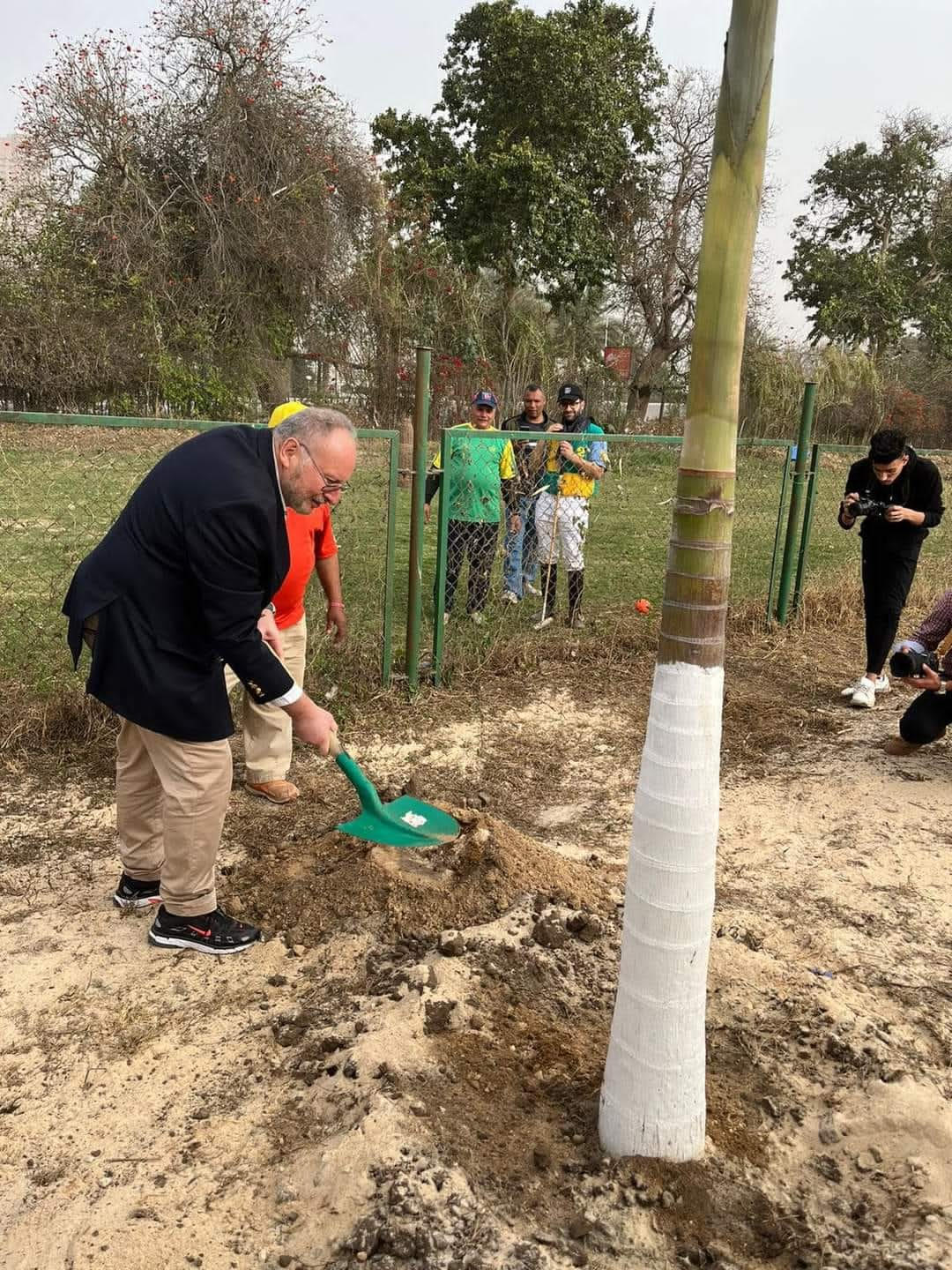 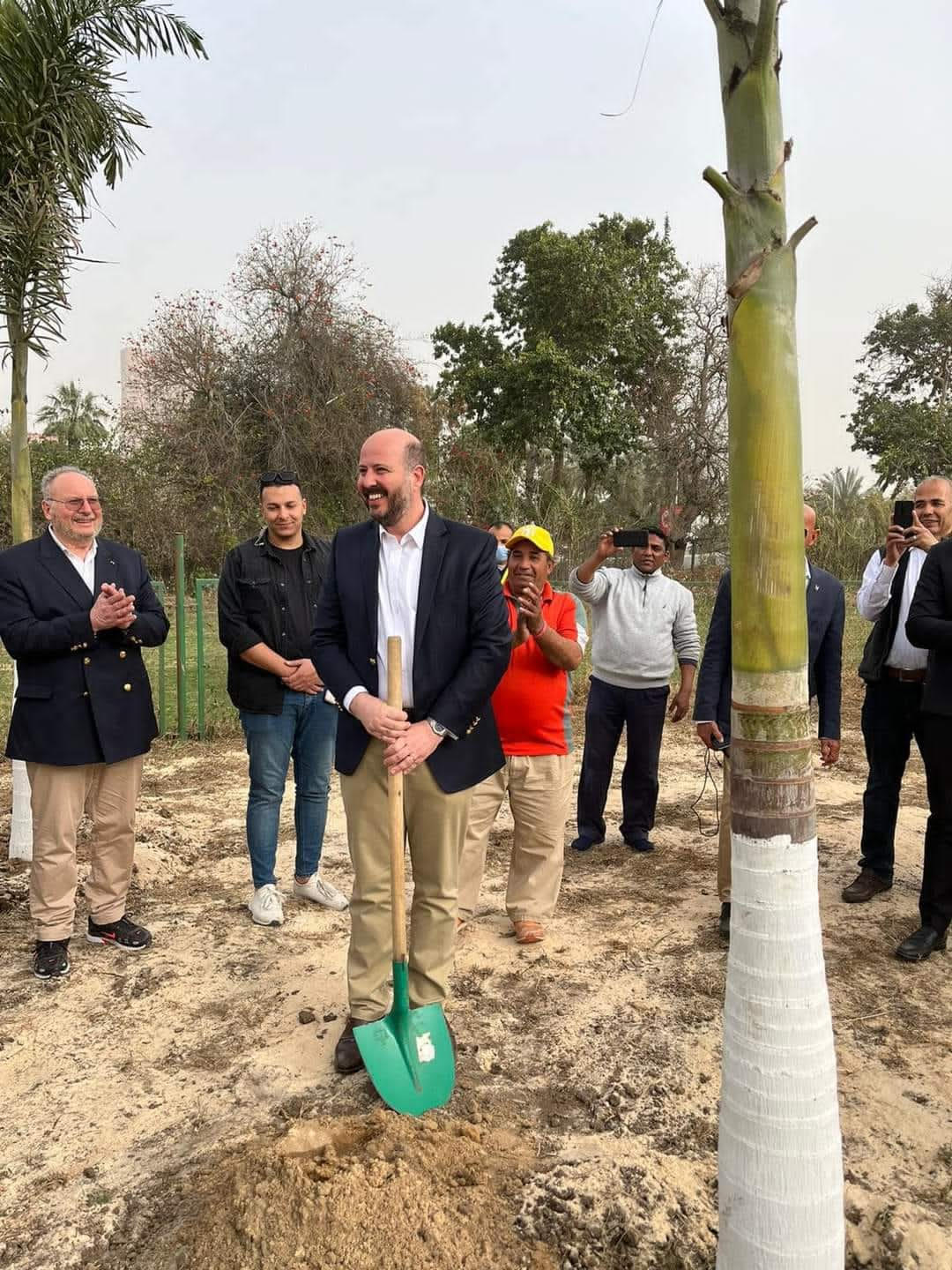 During his visit to the club, the former King planted a new foxtail palm tree on the club’s golf course, and being a golfer himself, after some encouragement, accepted to do some putting. Some members of the board offered him on behalf of the golfers two heritage golf clubs. Ahmed Fuad was shown the club’s special silver collection of trophies garnered over the years. He visited the club’s facilities and exchanged a few words with some of the club members who were elated to see him and were impressed by his friendly demeanour. 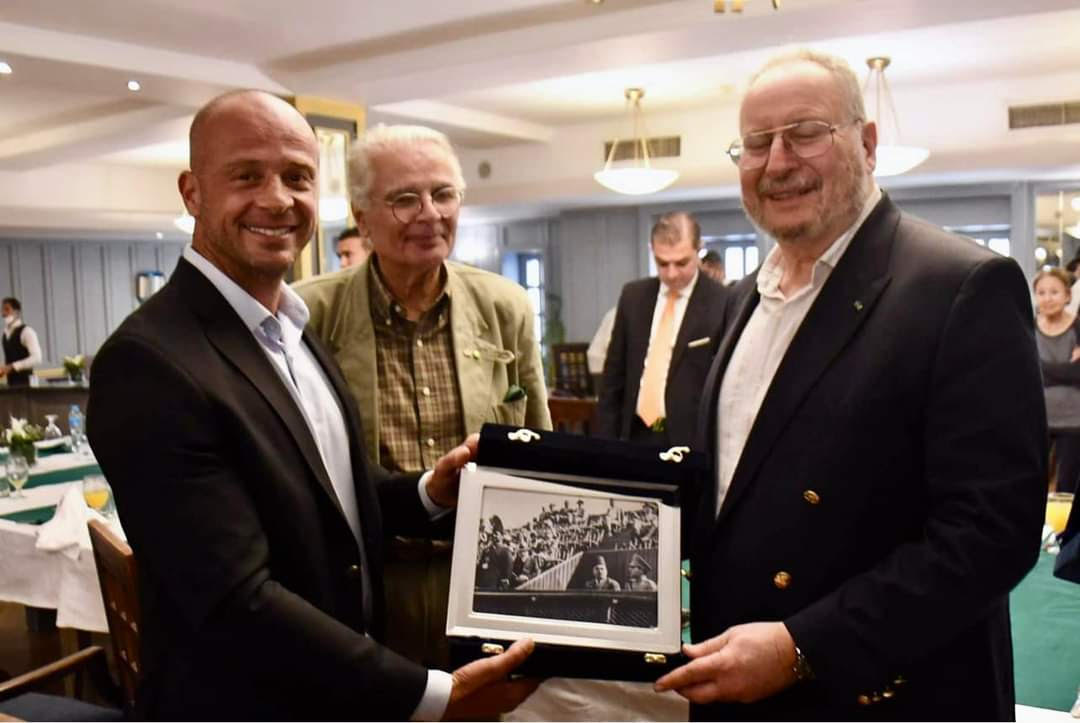 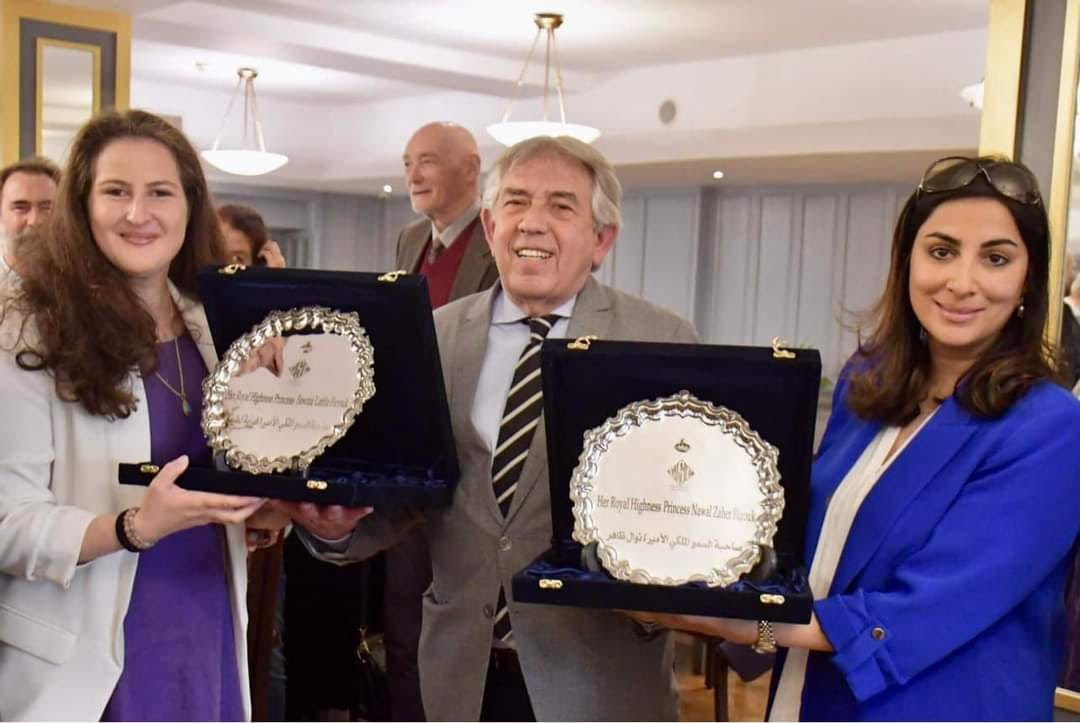 A tour of Egypt’s history
Having an obvious interest in Egyptian civilization, Ahmed Fuad and his family could not have missed visiting the National Museum of Egyptian Civilization (NMEC) in Fustat, Cairo. 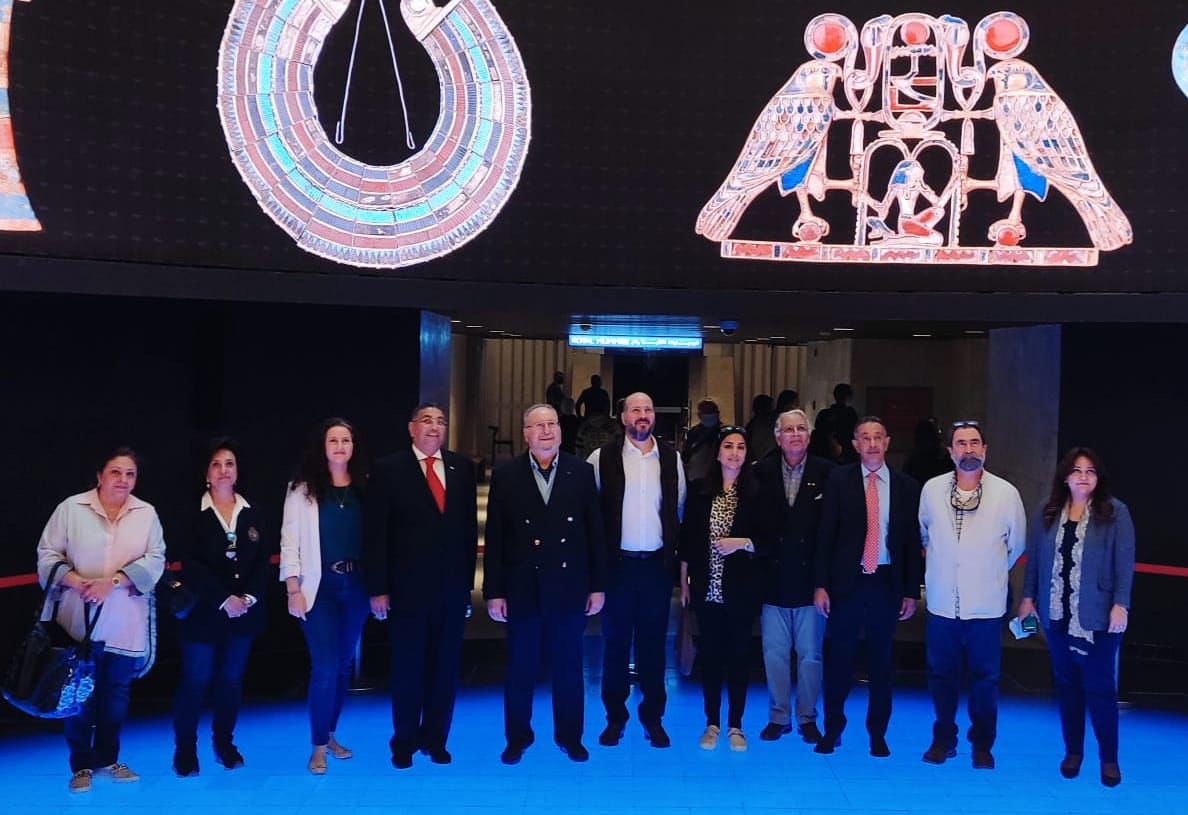 The Museum which was officially opened in April 2021, focuses on Egypt’s history since the earliest times until modern centuries. It offers visitors a general overview of all the different historical periods that encompass Egypt. Among its highlights is a hall that houses 18 royal ancient Egyptian mummies, which were moved there in April 2021 in a grand parade that gripped the world.

Ahmed Fuad was received by Ahmed Ghoneim, NMEC Managing Executive Director who briefed the group on the history of the Museum, as well as its outstanding location. The eager royal group took an extended tour of the Museum, accompanied by 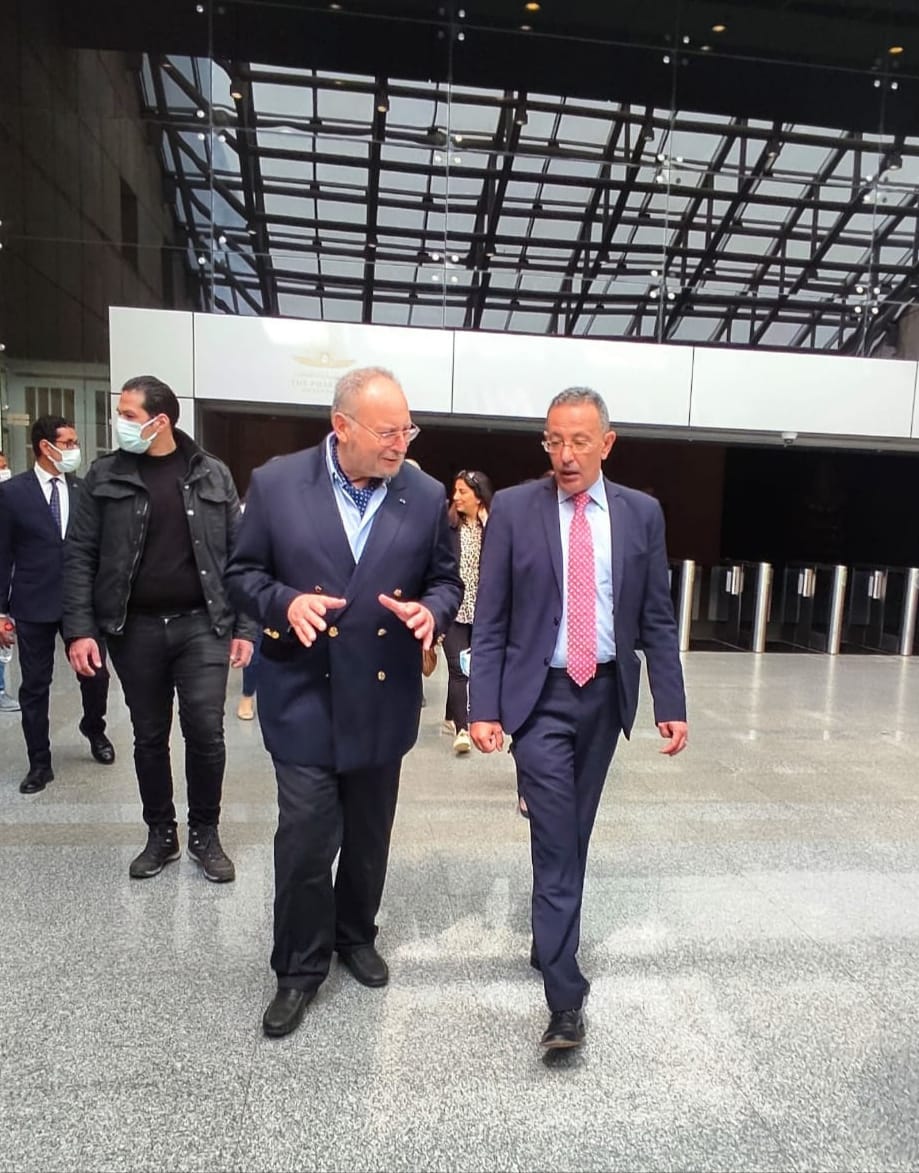 Walid al-Batouty, Ambassador of the International Federation for Tour Guides, who carefully explained to the group the history of the Museum and its possessions. They visited the central hall, the Royal Mummies Hall, and NMEC restoration labs. Ahmed Fuad was so impressed by NMEC’s possessions which tell the story of Egypt, that he toured the Museum more than once. According to Mr Batouty, the former king was in fact well informed about ancient history. Ahmed Fuad stopped for a long time in front of a display cupboard to admire possessions of his ancestors, King Fuad I and Viceroy Muhammed Ali. Before leaving, he wrote a word of appreciation in the visitors’ book.