The giant luxury cruise ship MSC World Europa, expected to dock at Port Rashid in Dubai on 9 November, passed through the Suez Canal on 4 November, sailing from North to South. The giant ship, the most modern of its kind, had sailed from Spain and is heading to Doha where it will be used as a floating hotel for football fans attending the World Cup games in Qatar. 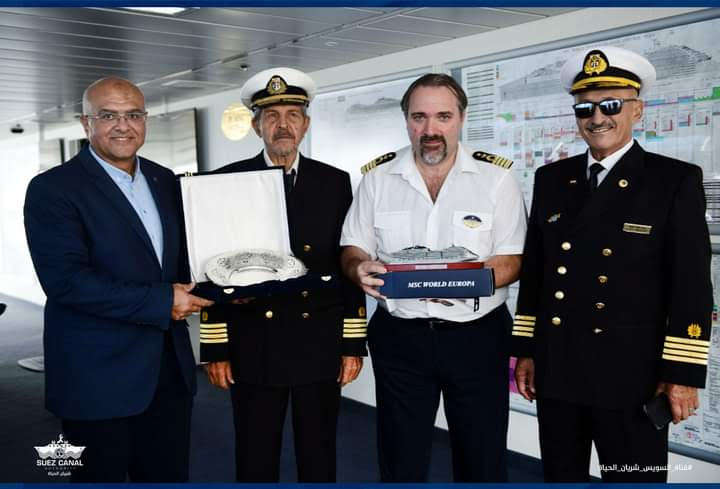 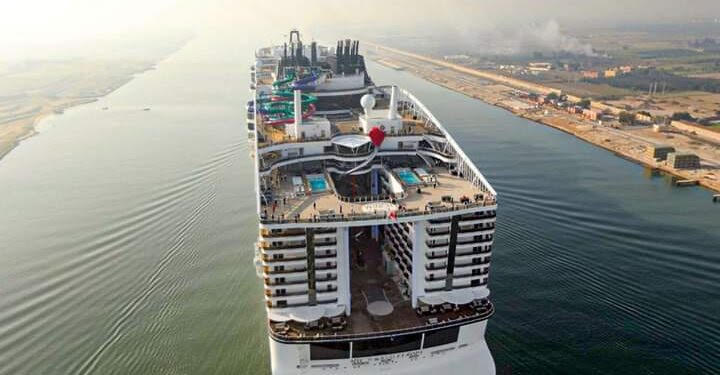 The MSC World Europa is among the first cruise ships to operate on liquified natural gas. It is 205,700 tons, 333m long with a 47m beam, and can accommodate 6,762 guests in 2,633 cabins, six swimming pools, 14 ocean-view whirlpools, 13 dining venues and more than 30 bars and cafes. It flies the Maltese flag.

It will have its naming ceremony in Doha on 13 November before the World Cup games begins. 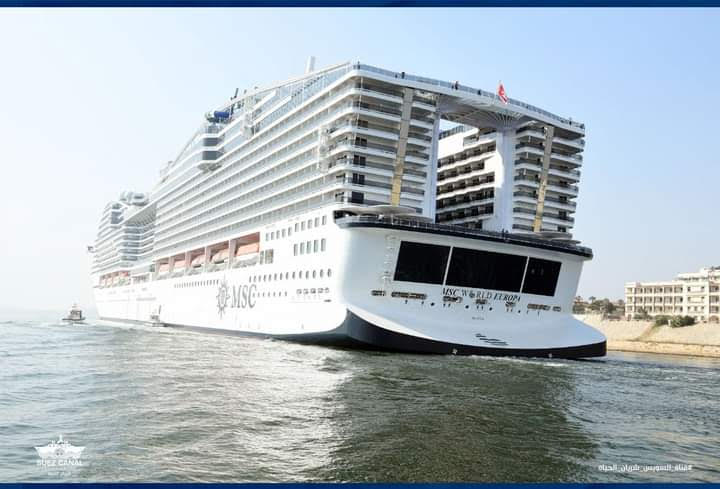 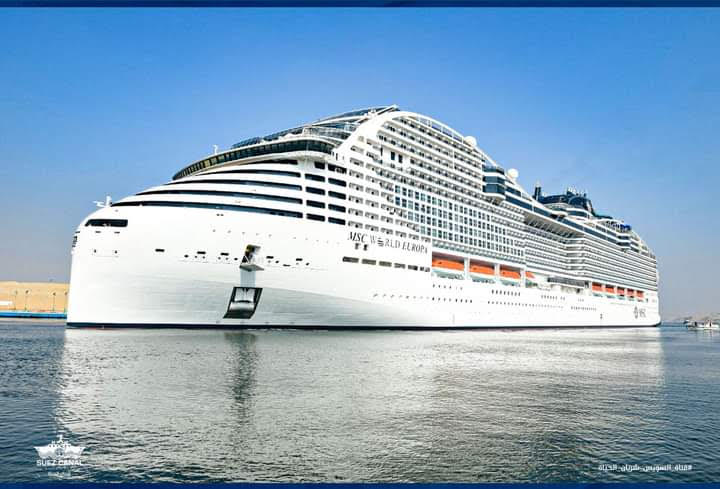 Chairman of the Board of the Suez Canal Admiral Osama Rabie said that, according to the protocol observed by the Canal regarding first-time passage of ships, two senior guides went on board to offer an official welcome to the ship’s crew and hand the Captain a souvenir gift. 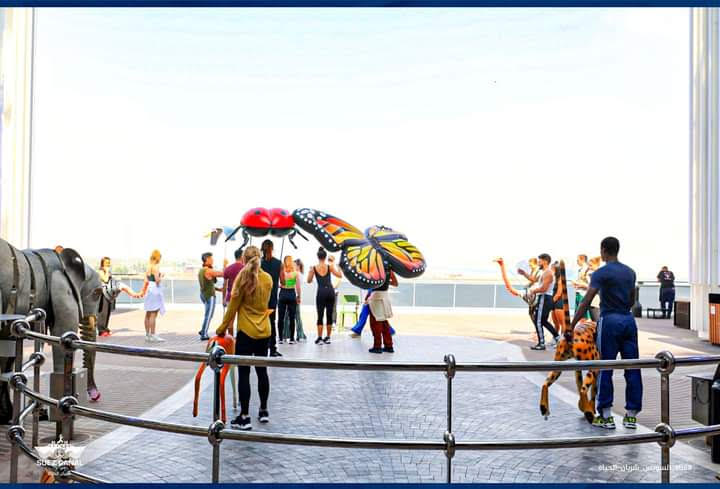 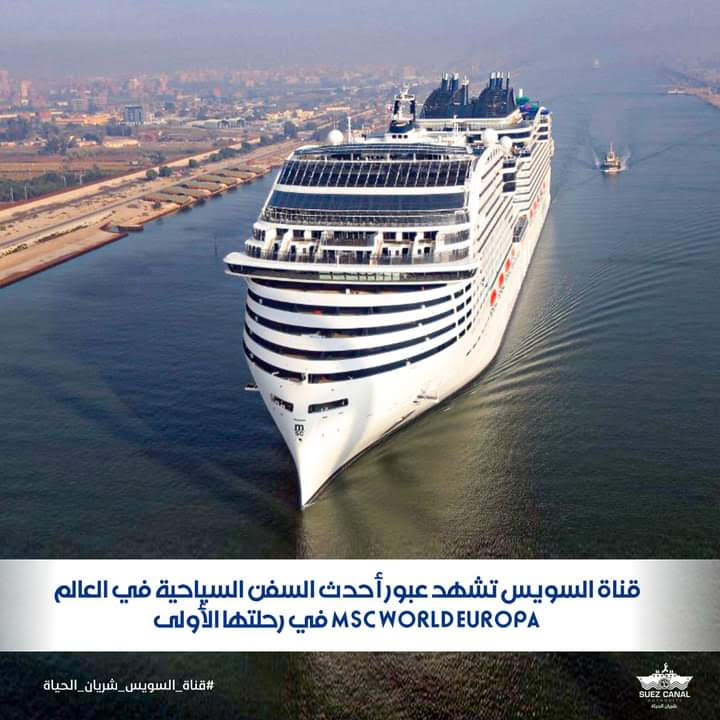 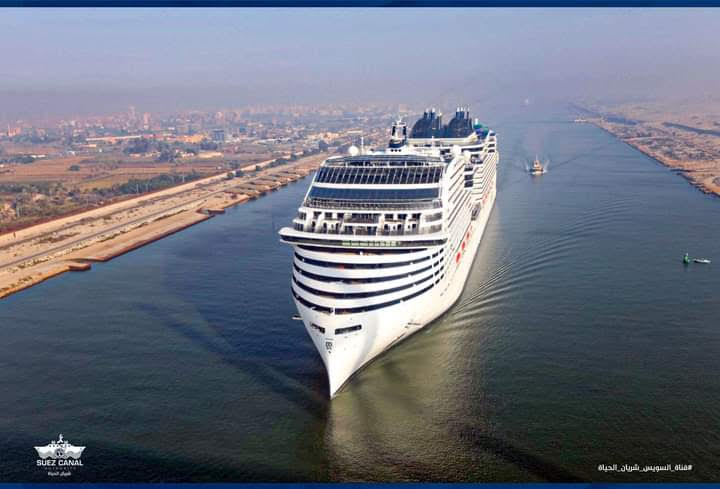