Egypt’s Armed Forces and the United Nations Secretary General have mourned two Egyptian peacekeepers who were killed on 3 June while serving with the UN Mission MINUSMA in Mali.

On his Facebook page, the Egyptian Armed Forces spokesman wrote: “The Armed Forces mourns the martyrs of duty who belonged to the Egyptian peacekeepers in Mali, when an explosive device detonated as they performed a task they had been charged with.

“The result was the martyrdom of two sub officers, and injury of a soldier from among Egyptian peacekeeping force.

“At the moment,” the military spokesperson wrote, “all necessary measures are being taken in coordination with the UN.

“The Egyptian Armed Forces stresses that its role in guarding international peace and security stems from a deep faith in the significance of peaceful coexistence, and putting an end to terrorism, under the umbrella of the UN.”

For its part, the UN Security Council posted on its website that this was the second fatal attack that week on a peacekeeping convoy in the West African country of Mali. “The blue helmets were killed, and another injured, when their Armoured Personnel Carrier hit an improvised explosive device outside the town of Douentza, located in the Mopti region in central Mali.”

Jean-Pierre Lacroix, Under-Secretary-General for Peace Operations, wrote: “In what is yet again another cowardly attack against our peacekeepers, two brave Blue helmets from Egypt lost their lives today while serving for peace with UN MINUSMA.

“These crimes are a blatant violation of international humanitarian law and shall not go unpunished.”

UN Spokesperson Stéphane Dujarric, said the incident marked the sixth time a Mission convoy has been hit since 22 May.

“The Secretary-General condemns this new attack on our peacekeepers, who are just fulfilling the mandate in Mali given to them by the Security Council, in extremely challenging conditions,” he said.

The UN chief wished a prompt recovery to the injured peacekeepers. He also called on the transitional authorities in Mali to “spare no effort in identifying the perpetrators of this attack, so that they can be brought to justice swiftly.” 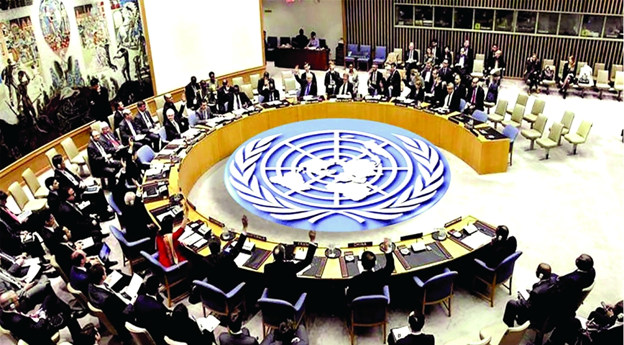