On 14 March 2021, Egypt’s State Council approved the appointment of a number of women judges, a first in the history of the Council. The State Council is Egypt’s highest administrative court, and has always opposed appointing women. Although women have occupied various judicial posts elsewhere, those applying for posts as judges on the State Council were invariably rejected on alleged Islamic religious grounds. A number of appeals have been filed by women over the past several years over the matter.

The appointment of women judges to the State Council came in response to directives by President Abdel-Fattah al-Sisi sent earlier in March to Justice Minister Omar Marwan, urging him to coordinate with the heads of the Supreme Judicial Council and the State Council to ensure that women become members in these two bodies, the Ministry said in a statement. The President said that such a move would fulfill the constitutional entitlement of complete equality of women to men, and non-discrimination basing on gender.

President Sisi expressed his absolute respect and appreciation for Egyptian women who, he said, “diligently represent the conscience of the nation … they are an inexhaustible spring of generosity and goodness, a renewable source of security and sacrifice. Women are the primary source of wisdom and principles, the basis of family building and social cohesion.”

In an official statement, Mohamed Mahmoud Hossam El-Din, head of the State Council, said the council would transfer female members appointed originally in the Administrative Prosecution or the State Lawsuits Authority to the State Council once they meet the requirements set.

The decision received wide praise by Egypt’s National Council for Women, which described the President’s initiative as one that represents “a political will that has always been fair to the Egyptian woman.” It was also commended by various women organisations. 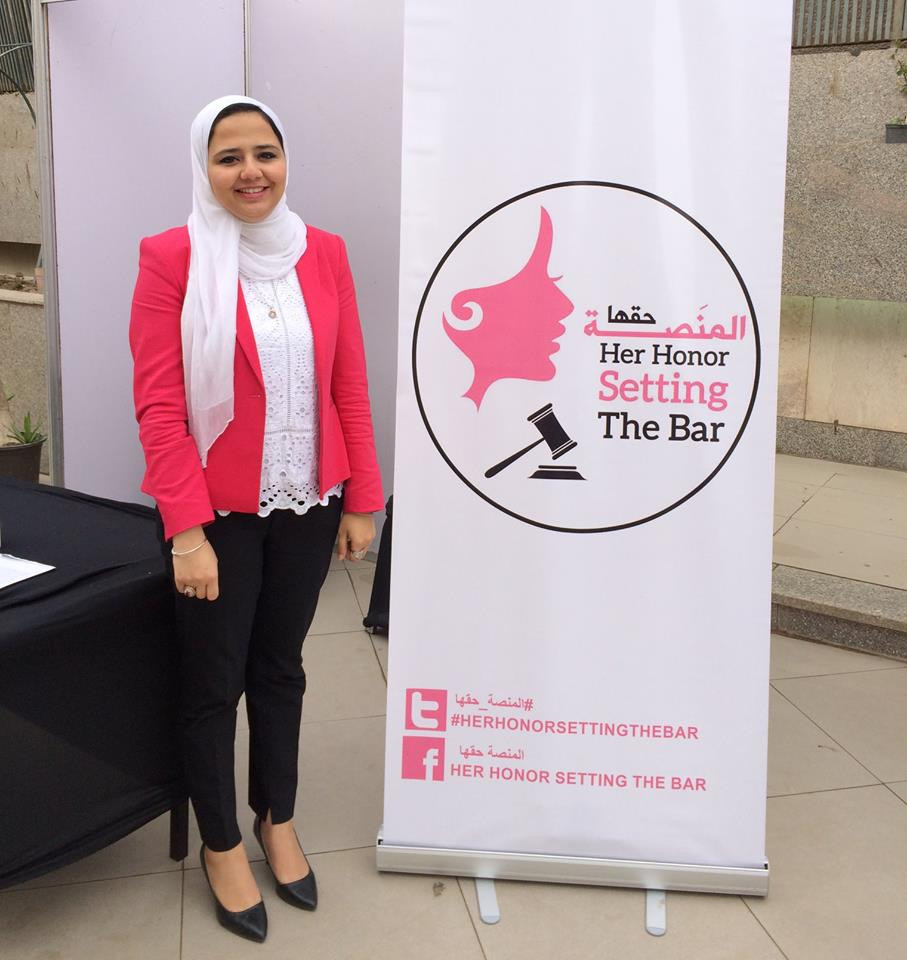 “This was the best news ever on the International Women’s Day [celebrated annually on 8 March]” said Omnia Gadallah, assistant lecturer at the Faculty of Shariaa and Law, Al-Azhar University, describing President Sisi’s initiative.

Ms Gadallah had launched a movement in 2014 under the title of “HerHonorSettingTheBar” as a rights awareness initiative aiming to support female law graduates and to end the discrimination that keeps Egyptian women from acting as judges outside the family courts. She had herself been prevented, along with other 2013 female law graduates, from applying to judicial positions in the State Council, in flagrant discrimination compared to their male counterparts. She filed two lawsuits claiming for and other female’s rights.

In December 2020, President Sisi had approved the Supreme Constitutional Court’s decision to appoint three deputies to the Head of the Supreme Constitutional Court; they included a woman, Judge Fatma Muhammad Ahmad al-Razzaz, Dean of Helwan University’s Faculty of Law. At the time, Ms Gadallah applauded the decision to appoint Judge Razzaz as a SCC member, remarking that this is only the second time in the history of SCC since its formation in 1969 that a woman is appointed among its members. Ms Gadallah told Watani that these were good first steps, but that women are not sufficiently represented in the SCC, “this is only one woman among 14 men,” she said. She said she wished to see the day when women’s assumption of positions in the judiciary would become a natural process as they progress in their legal careers, and would not be only through appointment.