It says a lot about Egypt’s tenacity and grim persistence in battling FGM—female genital mutilation, also commonly known as female circumcision—that the country has marked the International Day of Zero Tolerance for FGM as COVID-19 rages on. It was a stark reminder of the women’s and health sectors’ commitment to bringing an end to this crime against girls and women.

International Day of Zero Tolerance for Female Genital Mutilation is a United Nations-sponsored annual awareness day that takes place on 6 February as part of the UN’s efforts to eradicate female genital mutilation. It was first introduced in 2003 with the aim of holding governments responsible to ending FGM.

The NCEFGM affirmed its absolute determination to confront the hideous practice of FGM, stressing: “We renew our pledge to confront with all our might this heinous crime against girls and women.”

Maya Morsy, President of the NCW, made the point that in battling FGM, the NCEFGM was fighting a hidden enemy of an entrenched societal culture. “But this will not deter or discourage us from raising awareness of the danger FGM poses,” she said. 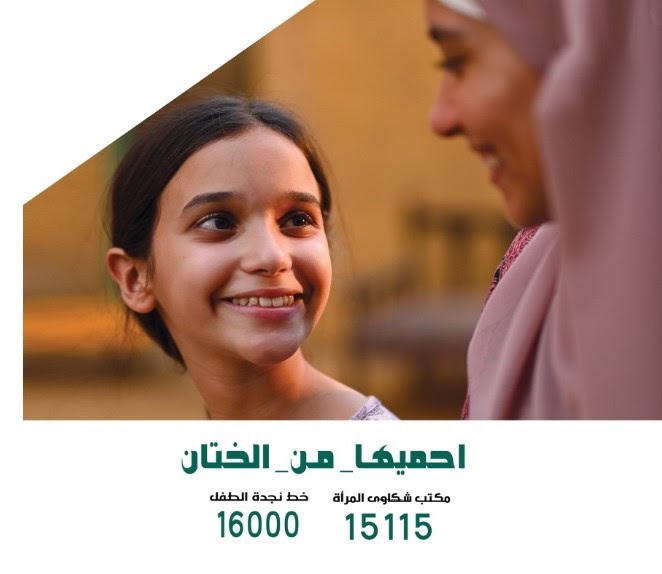 A number of of MPs and Senators took part in the national awareness campaign Ehmiha min al-khitan (protect her from circumcision) which was launched by the NCEFGM in Egypt in May 2019. The campaign has been endorsed by the government, judicial authorities, Islamic and Christian religious institutions, NGOs and development partners to Egypt. The campaign has already borne fruit, with numerous cases of intended or attempted FGM being reported on the Child Helpline 16000, a hotline that had been set up by the NCCM in 2005.

Dr Morsy explained that the campaign advertised messages which branded FGM for the crime that it is against religion, health and law; and highlighted its hazards against girls and women. She expressed her pride of the participation by the MPs, especially that they used the hashtag Protect Her from Circumcision as a watermark on their own profile pictures on their Facebook pages. “We are fighting a bitter enemy,” she said, “and this calls for collaboration by each and every one of us. 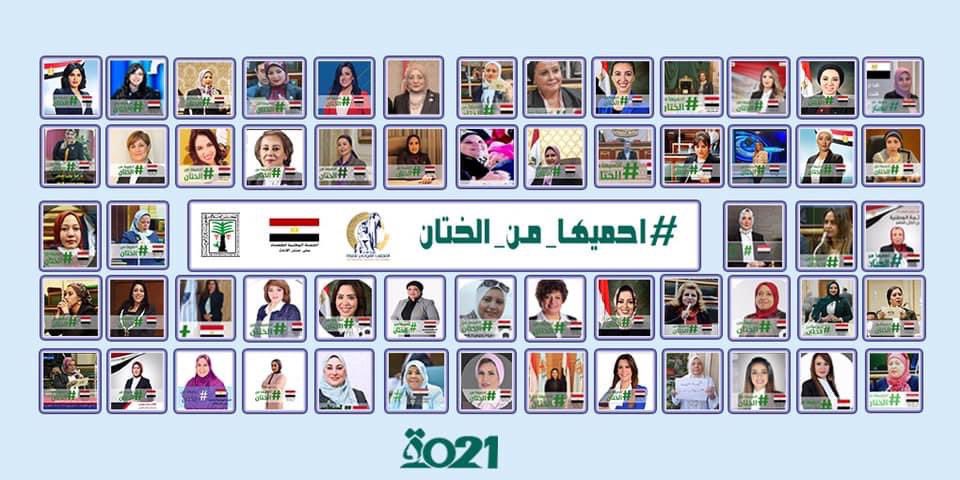 Dr Morsy had started off her address by thanking Prime Minister Mostafa Madbouly for the government’s efforts in presenting a new bill against FGM to parliament. The bill, which she asked parliament to speedily pass into law, was proposed by the NCEFGM and includes amendments to the current law that allows doctors to perform FGM if a medical condition justifies it. This constituted a loophole that parents and doctors exploited to justify FGM.

The proposed bill closes this loophole by incriminating FGM in all cases without exception. It furthermore imposes harsher penalties on parents who get their daughters circumcised, and on anyone who conducts the operation, including doctors. The sentences could go up to 20 years in prison in case of doctors, instead of the previous maximum seven years, and the medical utility or hospital in which the operation was performed would be closed. This is the second time authorities have toughened penalties for FGM, and comes one year after a teenager in Upper Egypt died while subjected to the procedure. When passed into law, the new bill should put an end to the practice of medically legalising FGM.

The first conviction for performing FGM in Egypt was in January 2015, seven years after the practice was first criminalised in 2008.

According to 2018 figures of Egypt’s Health Ministry, the rate of FGM among teenage girls aged 15 to 17 fell from 74 percent in 2008 to 61 percent in 2014. Yet the practice persists in rural areas to the point where a young uncircumcised woman may be ineligible to marriage.

The case of Nada Hafez, a 14-year-old girl from Assiut, 350km south of Cairo, who died in 2020 of FGM complications was not the first in the country. Others had preceded her to the same dire fate, bringing on heartbreak and an outcry to abolish the practice. 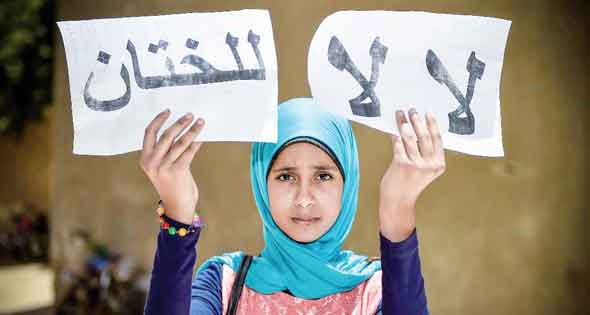 Dr Morsy made a special note of appreciation for the doctor at Qalyoub General Hospital who recently promptly reported the case of a girl admitted to the hospital for complications of a FGM procedure. “This doctor is an honourable role model for Egyptian doctors,” she said.

Since its establishment in 2019, Dr Morsy noted, the NCEFGM has launched 1534 activities that reached millions of women, men and children nationwide through medical and cultural convoys, media campaigns, door knocking campaigns, and others. 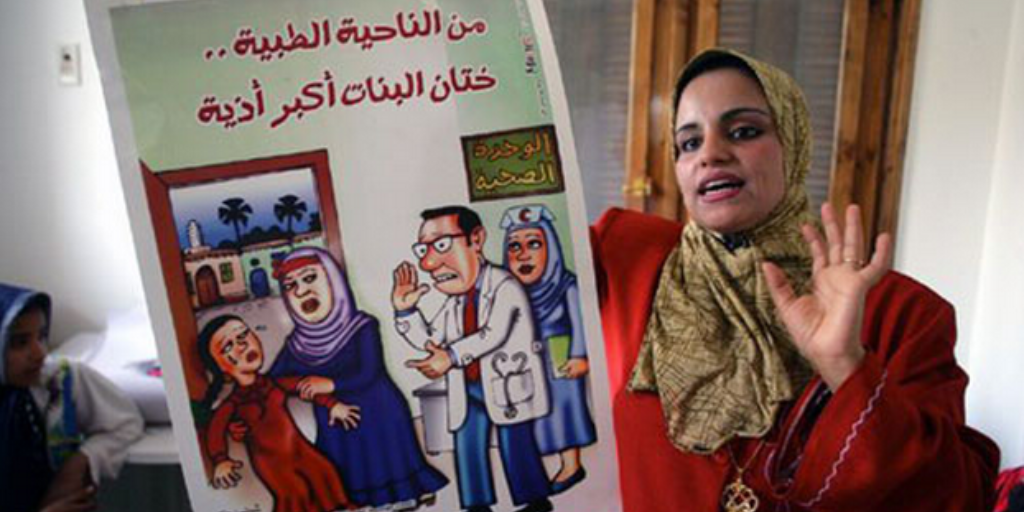 Dr Nabil Samuel, member of the NCW and head of the NCEFGM committee of the Aziza Hussein and Mary Assad award for eradicating FGM, explained that the door knocking campaigns are conducted through religious workers: nuns, consecrated virgins, and Muslim female preachers. They help to drive a message against the popular belief that FGM is a required religious practice.

“We renew our commitment to eradicating FGM,” said Sahar Al-Sunbati, Secretary-General of the NCCM.

Ms Sunbati expressed her happiness at a document released in the name of “Egypt’s Doctors”, by the national working group of doctors for eradicating medical legalisation of FGM. Ms Sunbati said that the document, published under the title “We shall not relent” is uncompromising in its commitment to battling medical intervention to justify FGM.

Taking part in marking the day, Ambassador of the EU in Cairo Christian Berger said that the European Union was “at the forefront in supporting the elimination of FGM in Egypt. The EU commends the efforts of the NCEFGM to ensure Egypt is free from FGM. This is a shared responsibility and we are committed to continue working with our EU Member States, national and development partners, and civil society toward that endeavour.”

Leslie Reed, Director of USAID, expressed appreciation of the role played by Egypt and the efforts made by the NCW and the NCCM and their continued endeavours despite the global COVID-19 pandemic.

Randa Abul-Hassan, resident representative of UNDP Egypt, praised all the efforts made by the NCEFGM, which she said culminated in the government’s approval of a draft law presented by the committee to toughen the penalty of this crime.

Story behind Egypt retrieving 5,000 artefacts from the Bible Museum in Washington DC