At the Grand Egyptian Museum (GEM), an event was held on Tuesday 14 August to honour Japan’s Ambassador to Cairo, Mr Takihiro Kagawa, and bid him good bye as his term as Ambassador comes to a conclusion.

Dr Anany praised the fruitful cooperation between Egypt and Japan in all fields, and especially the effective role played by the ambassador during his mission in Cairo to support the GEM project scheduled to open in 2020. He praised the Japanese ambassador’s ongoing efforts to overcome all the obstacles facing the work of this huge project.

Minister of Tourism, Dr Mashat, expressed her happiness to attend the ceremony for honouring the Japanese Ambassador at the GEM—the great cultural hub that is co-established by Japan. “The museum will attract tourists from all over the world,” Dr Mashat added. She mentioned that “GEM 2020” will be the promotion campaign until its opening.

The Minister referred to the many projects in Egypt funded by Japan, including the Cairo Opera House, the GEM, the restoration of Khufu’s solar boats, and other projects in the fields of health and education.

The two ministers invited Ambassador Kagawa to attend the opening of the GEM in 2020.

For his part, the ambassador expressed his happiness with the event, adding that he looks forward to attending the opening of the museum. He said that he started his career in Egypt and that he had a great passion for the ancient Egyptian civilisation and has frequently visited the Egyptian Museum at Tahrir Square.

At the end of the ceremony, Dr Anany presented Mr Kagawa with a replica of Khufu’s solar boat.

A Japanese expedition has been leading work on the restoration of King Khufu’s second solar boat; the solar boat was the barge believed to carry the soul of the deceased into the realm of eternity. Two solar boats that belonged to King Khufu were found buried in pits at the foot of his great pyramid some 2,500 years ago. The ropes binding the wooden pieces that formed the boat had disintegrated, but the wooden components were found intact, lying close to one another. One boat was restored and reconstructed, and was placed in a museum built by the Japanese in 1985 a few metres away from where the boat was found on the southern side of the pyramid. [https://en.wataninet.com/culture/antiquity_/khufus-second-solar-boat-under-japanese-restoration/22406/]. Now that the GEM is near completion, the solar boats will be moved there after restoration.

Called the ‘world’s largest museum’, the Grand Egyptian Museum was conceived in 2002 as a modern repository for Egypt’s ancient treasures, and the 72,222 sq.m building is currently under construction in the shadow of Giza’s iconic pyramids. When the museum is completed in 2022 at a cost of roughly a billion dollars, partly funded through a USD300 million-grant from Japan, it will have the capacity to display 100,000 artefacts.

The museum is envisaged as a cultural complex of activities devoted to Egyptology and will contain 24,000sq.m of permanent exhibition space, almost four football fields in size, a children’s museum, conference and education facilities, a large conservation centre and extensive gardens.

The GEM will house, among many other antiquity artefacts, the Tutankhamen collection currently housed in the Egyptian Museum in Cairo, and the Solar Boat now resting in a museum at the foot of the Great Pyramid.

The colossus of Ramses the Great was the first major artefact to enter the permanent collection area of the GEM. 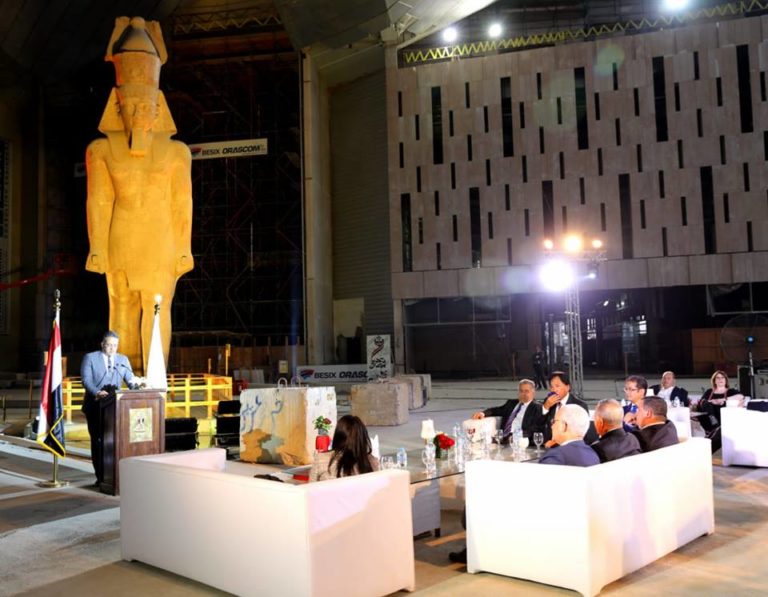 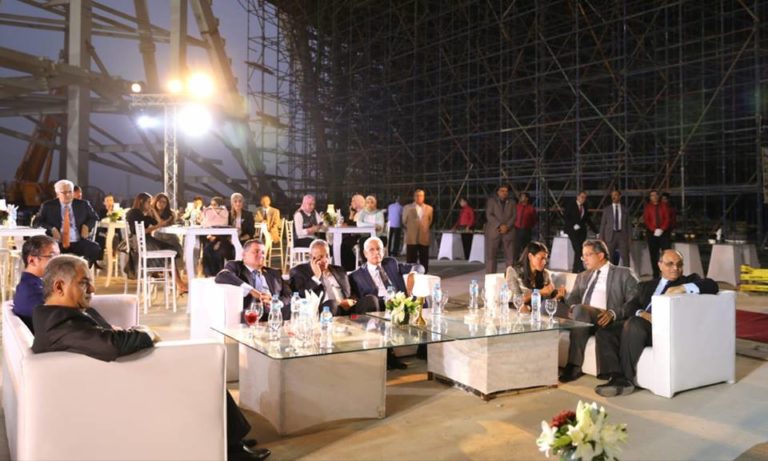 Temporary exhibition on Flight of Holy Family into Egypt