The European Union (EU) in Egypt announced the results of its 12th annual photography competition on 8 December in Cairo. The theme of this year’s competition was “Egyptian Women Champions”.Sandra De Waele, Chargé d’affaires of the EU Delegation, honoured this year’s winners and opened an exhibition of the best 30 photos. 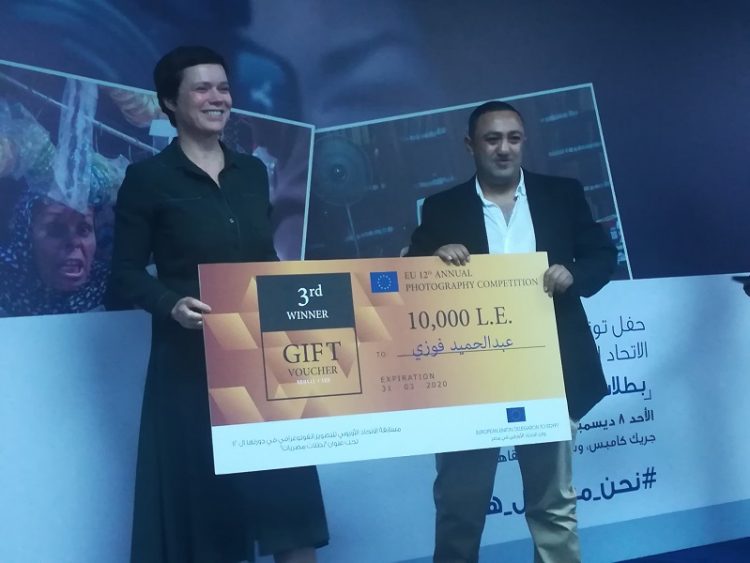 The EU competition keeps growing each year, and 242 photographers submitted more than 590 photos in this year’s edition.

Building stable, prosperous, and inclusive societies requires the full participation of women. This commitment to gender equality is fully reflected in the EU-Egypt partnership priorities, jointly adopted in 2017. Through its partnership with Egypt, the EU has been a significant contributor to women’s participation, economic empowerment, and protection from gender based violence. These commitments have been translated on the ground through various EU funded projects and initiatives.

In line with these efforts the EU Delegation launched the ‘EU Gender Champion initiative’ last October, together with the Embassy of Sweden. The initiative, which has been launched in many other countries, reflects the EU and EU Member States’ commitments toward women’s empowerment.

“The Gender Champions Initiative aims at putting the spotlight on women’s achievements and capabilities as equal partners to men in any society. With the theme of the 12th edition of our photography competition we are aiming to do the same,” said Ms De Waele. 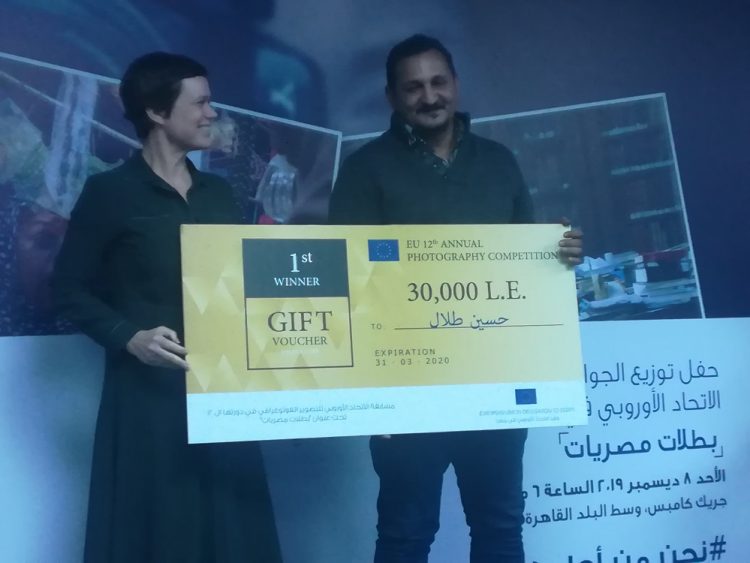 “Egypt’s women are a pillar of your society and we felt that they deserved to be put in the spotlight. I would like to sincerely thank this year’s participants for making the exhibited pictures. I consider each and every one of them a beautiful tribute to Egypt’s women and girls,” she added.

The three winners, Mr Hussein Talal Farag Mohamed, Ms Hanaa Habib Tawadrous Saad, and Mr Abdel-Hamid Fawzy Tahoon received their preference of photography equipment. The photographers whose work is exhibited received certificates of appreciation and a catalogue featuring their work. Additionally, the best 12 photos are printed in the 2020 desk calendar of the EU Delegation to Egypt. 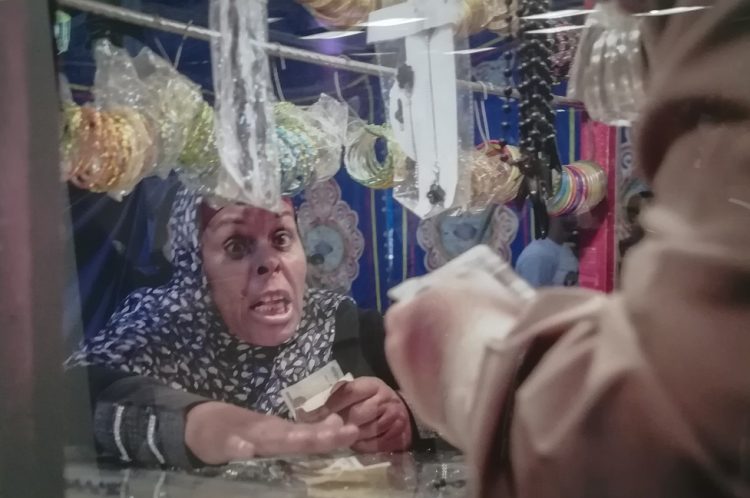 The independent judges for the 12th edition of the competition were Ashraf Talaat, Sara Mostafa Kamel and Mohamed Ismail.

Mr Talaat is a fellow of the Royal Photographic Society (RPS). He works as a professional photographer for National Geographic magazine. His work has been exhibited in many countries. He won several awards, among them the photographer of the year at Venice International Photo Contest 2005. 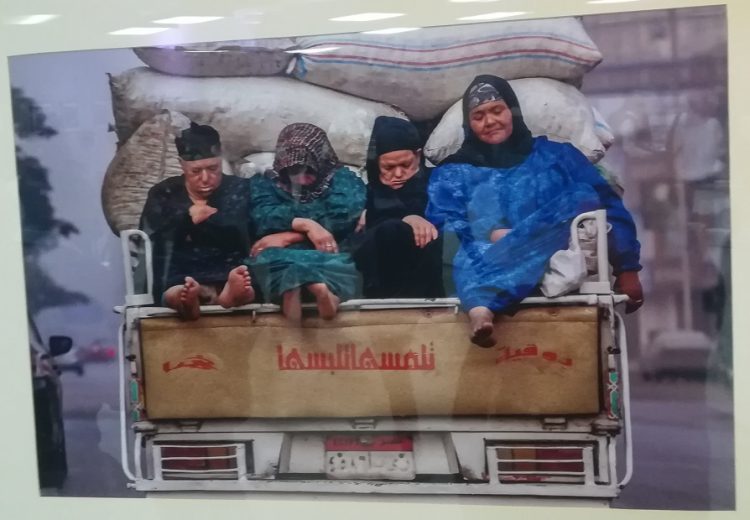 Ms Kamel earned her master’s degree in Applied Arts in 2009 from the Photography, Cinema and TV Department at Helwan University. She participated in more than 50 national and 19 international exhibitions and received 17 photography awards. She was also a member of the State Award for Creativity at the Egyptian Academy of Arts in Rome in the year 2005/2006.

Mr Ismail is a professional photographer and instructor who is a member of several visual-art communities and organisations. He participated in more than 60 national and international photography exhibitions and he served as a member of jury in many national & regional photo contests. He founded the Art of Seeing Center in 2011. 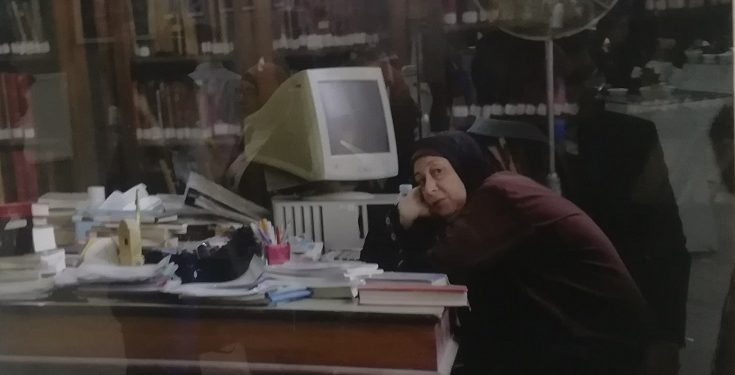 The exhibition of the best 30 photos is open to the public from 9 to 12 December from 10am to 11pm at the Library Hall, The Greek Campus. 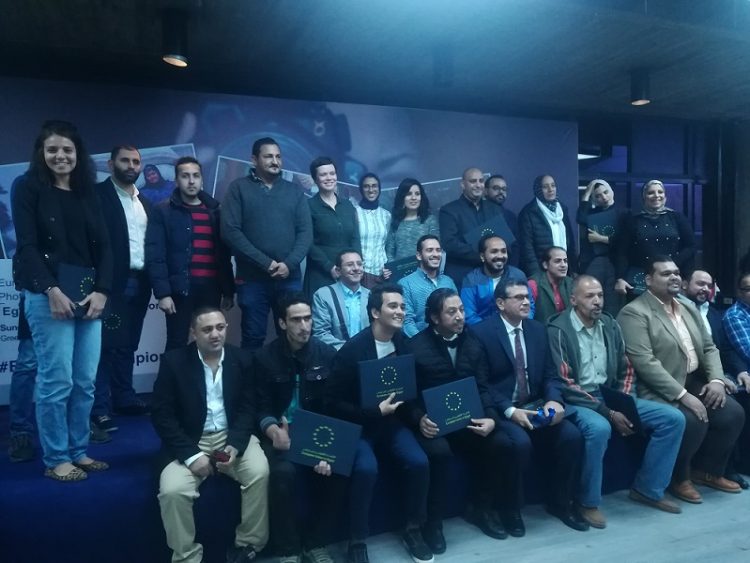