Egyptian Ambassador to Brussels Khaled al-Baqli has received from the Belgian authorities two ancient Egyptian statuettes that had been illegally taken out of Egypt.

General Supervisor of the Egypt’s Repatriated Antiquities Department, Shaaban Abdel-Gawad, said that the statues include a coloured one made of limestone, that depicts a man standing on a base; it belongs to the Old Kingdom (2700 – 2200BC). The other is of a ushabti—ushabitis were figures made in order to serve the dead in the afterlife—made of faience and belonging to the Late Period (525 – 332BC).

Mr Abdel-Gawad said was the statues were discovered at a Belgian antique shop in 2016; the shop owner could furnish no legal document pertaining to their source. Collaboration between authorities concerned in Egypt and Belgian led to a court decision that the statues should be handed to Egypt. 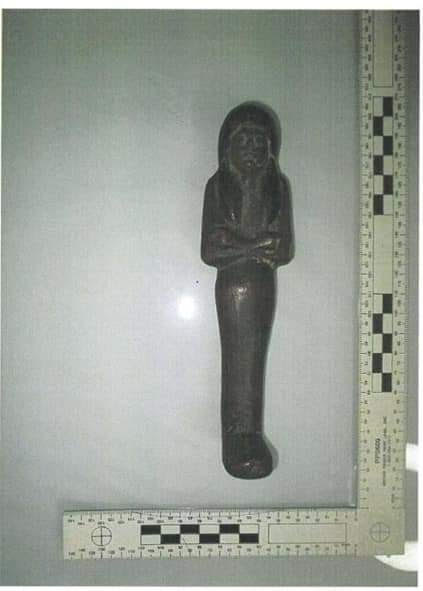