The Main Hall of the Cairo Opera House has hosted the Russian Beryozka Dance Ensemble which dazzled the Egyptian audience by performances of Russian classic and folk dancing.

The performance comes within the activities of the Egypt Russia Cross-Year of humanitarian cooperation, an initiative launched by President Abdel-Fattah al-Sisi and President Vladimir Putin. 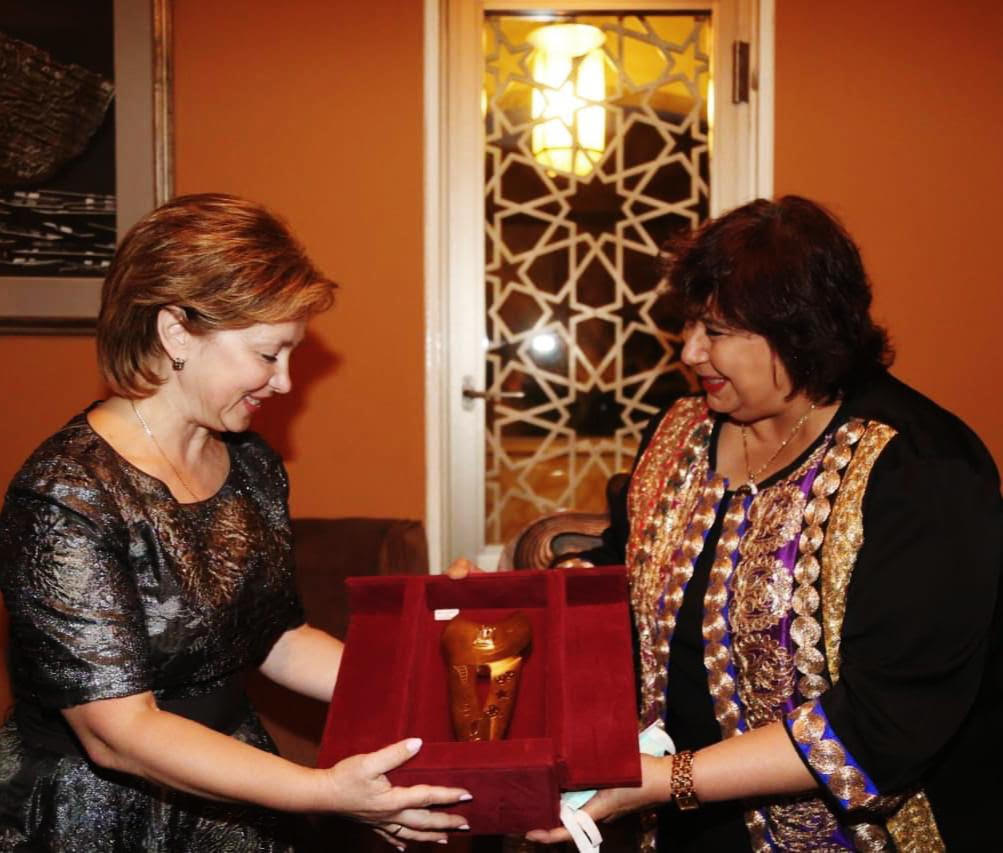 Ms Abdel-Dayem gave a word in which she said that humanitarian cooperation underscores the importance of the role played by soft power in building bridges between nations. She hailed the activities of the Egypt Russia Cross-Year, describing them as “an addition to a huge balance of cultural cooperation between the two countries”. Ms Abdel-Dayem highlighted the fact that Russia had been selected guest of honour of this year’s round of the Ismailiya International Film Festival for Documentaries and Shorts which ran from 16 to 22 June.

The Culture Minister pointed out that the Egypt Russia Cross-Year that set off from Egypt would culminate in Moscow in May 2022. The Ministry of Culture has on its agenda 23 activities within the scope of this cooperation, she said. The activities include seminars, book fairs, plastic arts and heritage craft fairs.

On her part, Ms Yarilova praised the Russian Egyptian humanitarian cooperation, confirming that an expansive cultural programme has been jointly arranged this year between Russia and Egypt to highlight their close mutual relations. 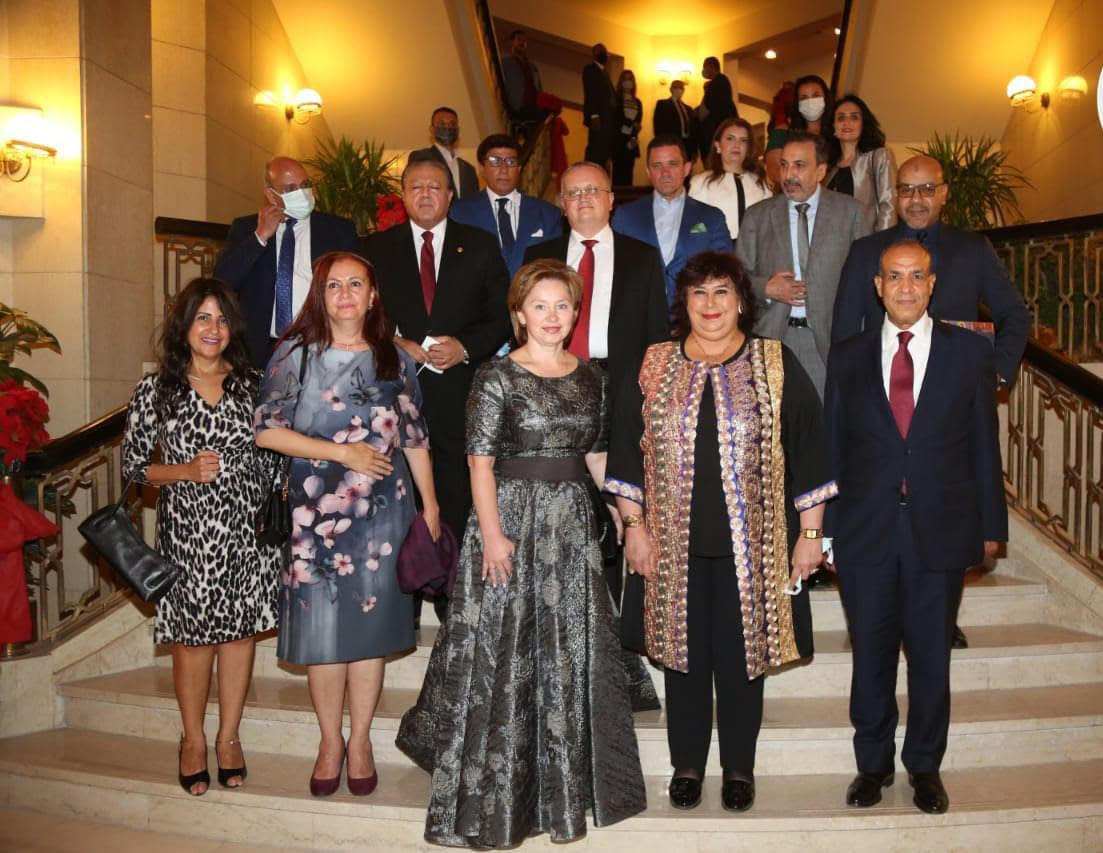 The internationally renowned ensemble is one of the oldest Russian dance troupes, founded by Russian choreographer and dancer Nadezhda Nadezhdina in 1948 in the Soviet Union.

A reception followed the performance, where Ms Abdel-Dayem offered Ms Yarilova a commemorative shield and a collection of publications on Egyptian culture, civilisation and literature. Ms Yarilova also presented the Egyptian Minister of Culture with a souvenir gift and invited her to visit Moscow. 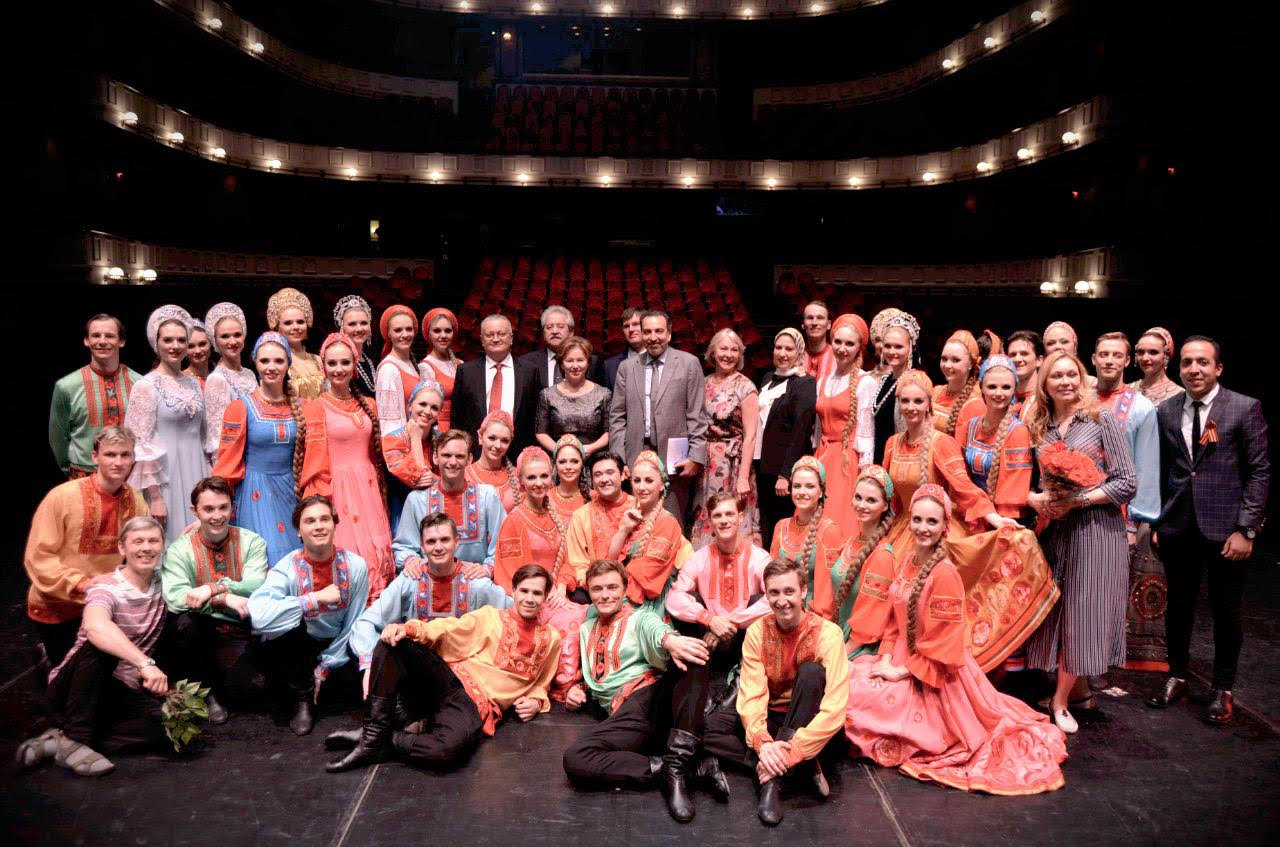