The Egyptian Natural Gas Holding Company (EGAS) and Chevron Corp (CVX.N) have signed a memorandum of understanding on Monday 20 June concerning the transport, import, liquefication and export of gas from the eastern Mediterranean, the Egyptian Ministry of Petroleum announced. Attending the signing ceremony were Egypt’s Minister of Petroleum Tarek El-Molla, and Chevron CEO Mike Wirth. The MoU was signed by Magdy Galal Head of EGAS and Jeff Ewing, CVX.N Eastern Mediterranean Managing Director. 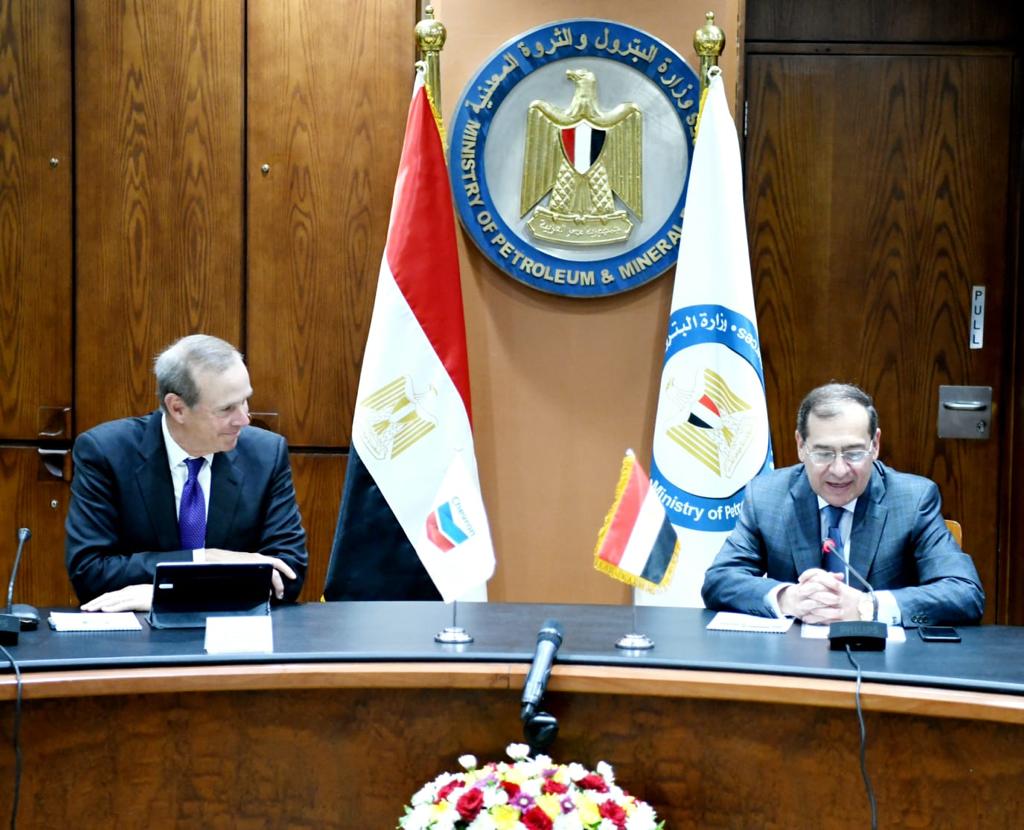 Chevron Corporation, an American multinational energy corporation headquartered in California, operates in more than 180 countries, and has been working in Egypt since 1937. It is engaged in all aspects of the oil and natural gas industries, including hydrocarbon exploration and production; refining, marketing and transport; chemicals manufacturing and sales; and power generation.

According to a statement by the Ministry of Petroleum, the MoU aims at developing the necessary infrastructure to enable gas transport from the eastern Mediterranean to Egypt for would liquefaction and subsequent export to various places in the world. 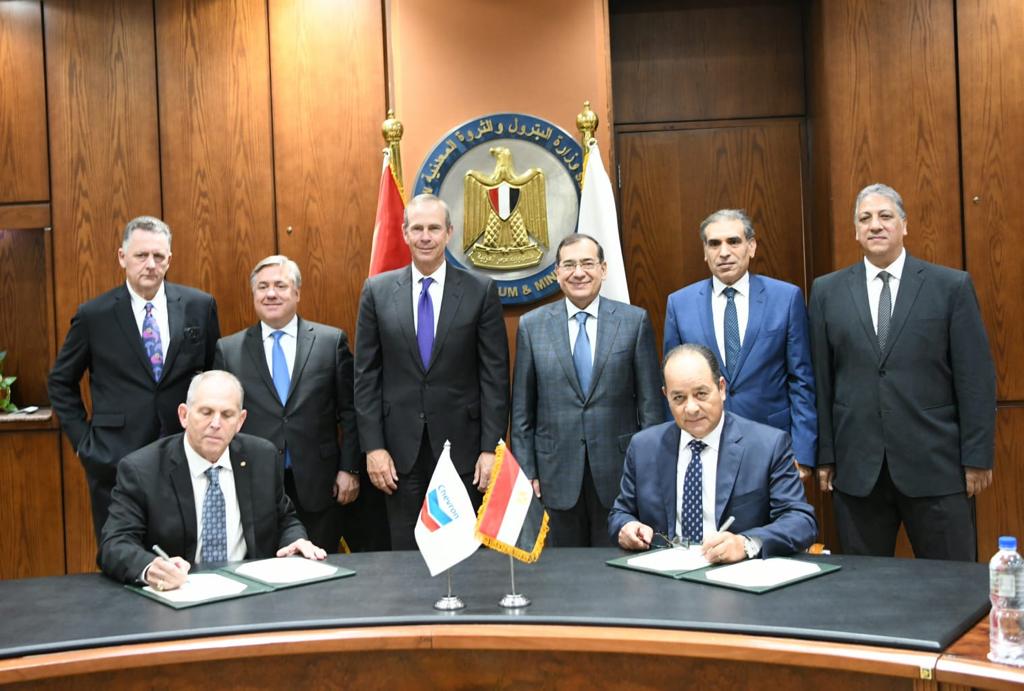 During the signing ceremony, Mr Wirth announced that Chevron plans to drill the first exploration well in its concession area in the eastern Mediterranean in September. He stressed Chevron’s commitment to expand in the region, confirming that the hydrocarbon potential in the region is great. He said that his company’s oils factory in the satellite town of 6th October, Giza could contribute in catering for local consumption, adding that Egypt has the potential of becoming a hub that would export oils to African countries. 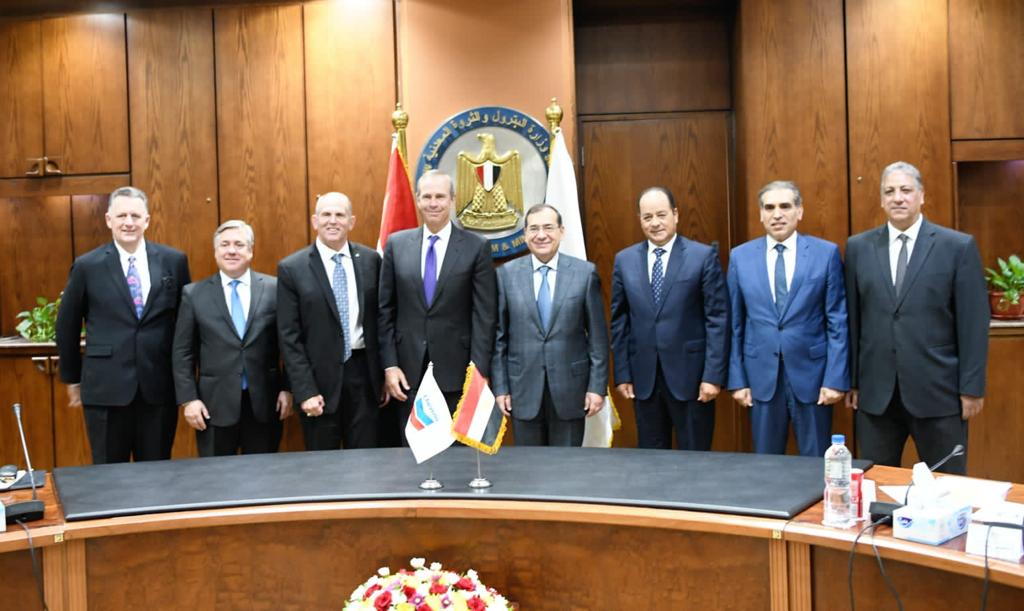 On the other hand Mr Wirth said Chevron is ready to play an active role in the upcoming COP27 which will be held in the Egyptian resort of Sharm al-Sheikh next November, stressing his company’s willingness to cooperate with the Egyptian government in projects that would improve the environmental conditions of the energy industry.

For his part, the Minister of Petroleum lauded the cooperation on natural resources that is taking place in the eastern Mediterranean region, under the umbrella of the Eastern Mediterranean Gas Forum. He said that this provides a growing number of investment opportunities, stressing that the MoU signed with Chevron is one major step on that path.

During his visit to Egypt, Mr Wirth met President Abdel-Fattah al-Sisi; Mr Molla attended the meeting. The Presidency spokesperson said that during the meeting, the President stressed Egypt’s full support of Chevron’s activities in Egypt, especially in the field of research, exploration and production. President Sisi said that Chevron’s long expertise in the field is pivotal in supporting the petroleum sector in Egypt, and contributes in optimising Egypt’s benefits from its resources.

Mr Wirth expressed his gratitude to President Sisi, and stressed Chevron’s keenness to develop a strategic partnership with Egypt. He hailed Egypt’s recent economic achievements under President Sisi, as well as its visible development in fields such as infrastructure and the oil and gas sector. He said that the regional cooperation projects involving the transport and liquefaction of gas are of particular importance especially in light of the current global energy crisis.