More than 20 individuals lost their lives this morning in a huge fire that erupted in Cairo’s main railway station; 43 suffered various degrees of burns as well as fractures. All the injured, some of whom lie in critical condition, were moved by the Health Ministry to the best public hospitals in Cairo.

As Prime Minister Mustafa Madbouli, Social Solidarity Minister Ghada Wali, and Transport Minister Hesham Arafat headed to the scene of the fire, Health Minister Hala Zayed paid visits to the injured in hospital, checking that they received the best care.

In a press conference this afternoon, Dr Zayed said that 15 of the injured had already been treated and discharged from hospital, whereas others lie in intensive care. One case, she said, remains in Shubra Hospital in critical condition; her condition not allowing a move to a more specialised hospital.

Dr Zayed also said that most of the bodies of the dead were charred beyond identification, but that a forensic team was doing specialised work to identify them. 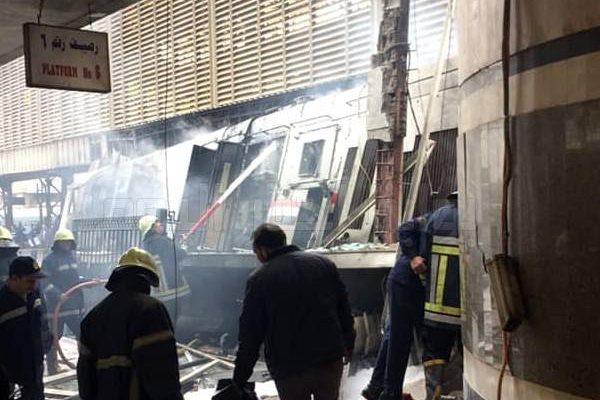 Prime Minister Madbouli ordered compensations of EGP80,000 to be handed to each of the families of the victims, also to the critically injured, and EGP25,000 to those with moderate injuries or burns.

The public prosecution ordered an immediate investigation into the incident and its cause.

The Railway Authority said that the fire was caused by the collision of a train with concrete barriers on one of the station’s platforms. 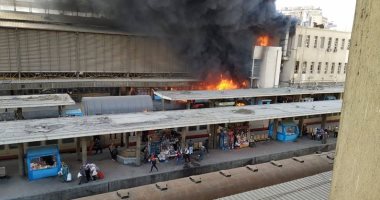 Prime Minister Madbouli this afternoon accepted the resignation of Hesham Arafat from his post as Minister of Transport.

Before he tendered his resignation, Mr Arafat had announced that a technical committee would be formed to determine the technical cause or causes of the collision. He also announced that train activity, which had been halted for a short time after the accident, had been resumed except on the platform where the accident occurred.

Right after the fire, numerous ambulance vehicles arrived at the scene to carry the injured to hospital, while members of the Red Crescent offered first aid help and moral support. Blood donations flowed in in response to a plea to the public to donate blood. 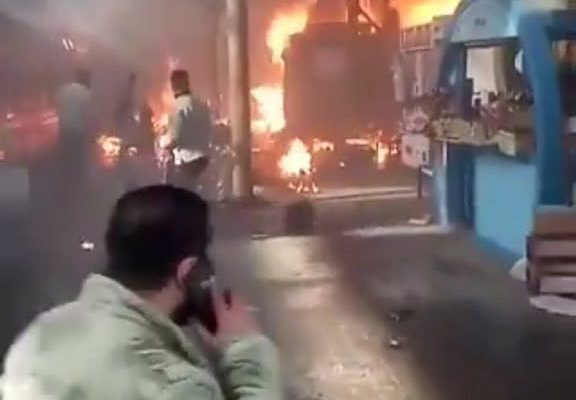 Video footage of the fire and victims, filmed by the railway station’s CCTV camera and by passersby, went viral on social media, sending shockwaves that reverberated all through Egypt. The public responded in agonised pain and searing wrath at what was widely seen as the most recent incident in a long series that exposed deep rooted callousness by Railway Authority officials.

MP Muhammad Badawi, member of the parliament’s transport committee said that within the coming few days, the committee will summon Transport and Railway senior officials to question them about the incident. Those responsible for any shortcoming must be taken to account, he said.

At a press conference held today between President Sisi and his guest the Albanian President Ilir Meta at al-Ittihadiya presidential palace in Heliopolis, President Sisi extended his condolences to the families of the deceased and issued his directives to the government to follow up on the injured and offer them and their families the needed care. Sisi also ordered that those whom the investigations prove they were behind the accident be held accountable.

The Coptic Orthodox, the Catholic and the Evangelical Churches in Egypt, as well as the Egypt Council of Churches all issued statements expressing their deep sorrow at the painful incident. They extended their profound condolences to the families of the deceased and said they were praying to God to extend His loving care to the injured.

The Coptic Church ended its statement by praying to God to protect Egyptians from all harm, and for the nation’s peace, calm and stability.

For his part, the spokesperson of the Catholic Church, Hany Bakhoum, called on the State to take matters in hand and swiftly get to the bottom of the matter. “Today we are before not material loss, but human loss,” Bakhoum told Watani. He thanked the State and ministers who moved quickly to contain the matter.