The Pyramid of Meidum in Beni Sweif, some 100km south Cairo, has been re-lit after ten years since the lights illuminating it were turned off in the wake of the 2011 so-called Arab-Spring uprising. This time, however, the illuminated pyramid carried the message: “Stay home; Stay safe” in striking-coloured light in both Arabic and English, to warn of the coronavirus hazard. 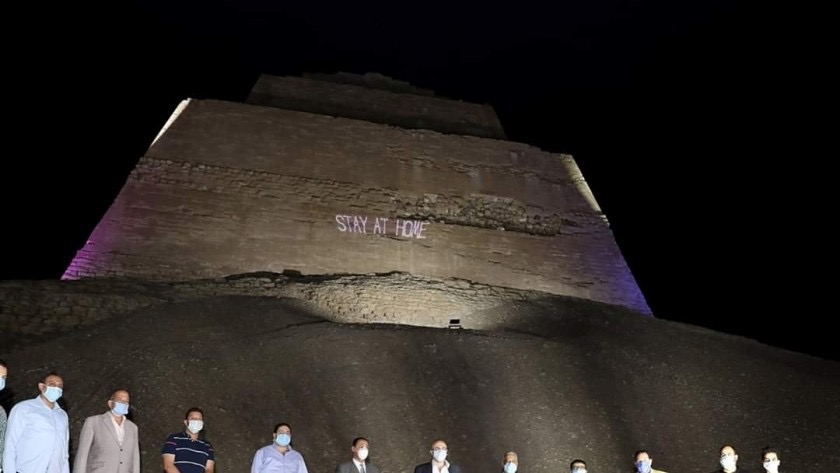 Beni Sweif Governor, Muhammad Hani Ghoneim, led the lighting ceremony of the pyramid which had been restored by the government in 2014. He said it was mainly to highlight the important archaeological landmark, and at the same time the historical importance of Beni-Sweif which, he said, should take its place on Egypt’s historical and touristic map.

The pyramid at Meidum started off as a step pyramid but was converted into a true pyramid. As such, it marks the transition from the Third Dynasty (2670 – 2613 BC) of step pyramids to the Fourth, Fifth, and Sixth Dynasties of the Old Kingdom ( 2686–2181 BC), the height of pyramid building age. The capital during the Old Kingdom was Memphis; the historical era was during the Bronze Age. 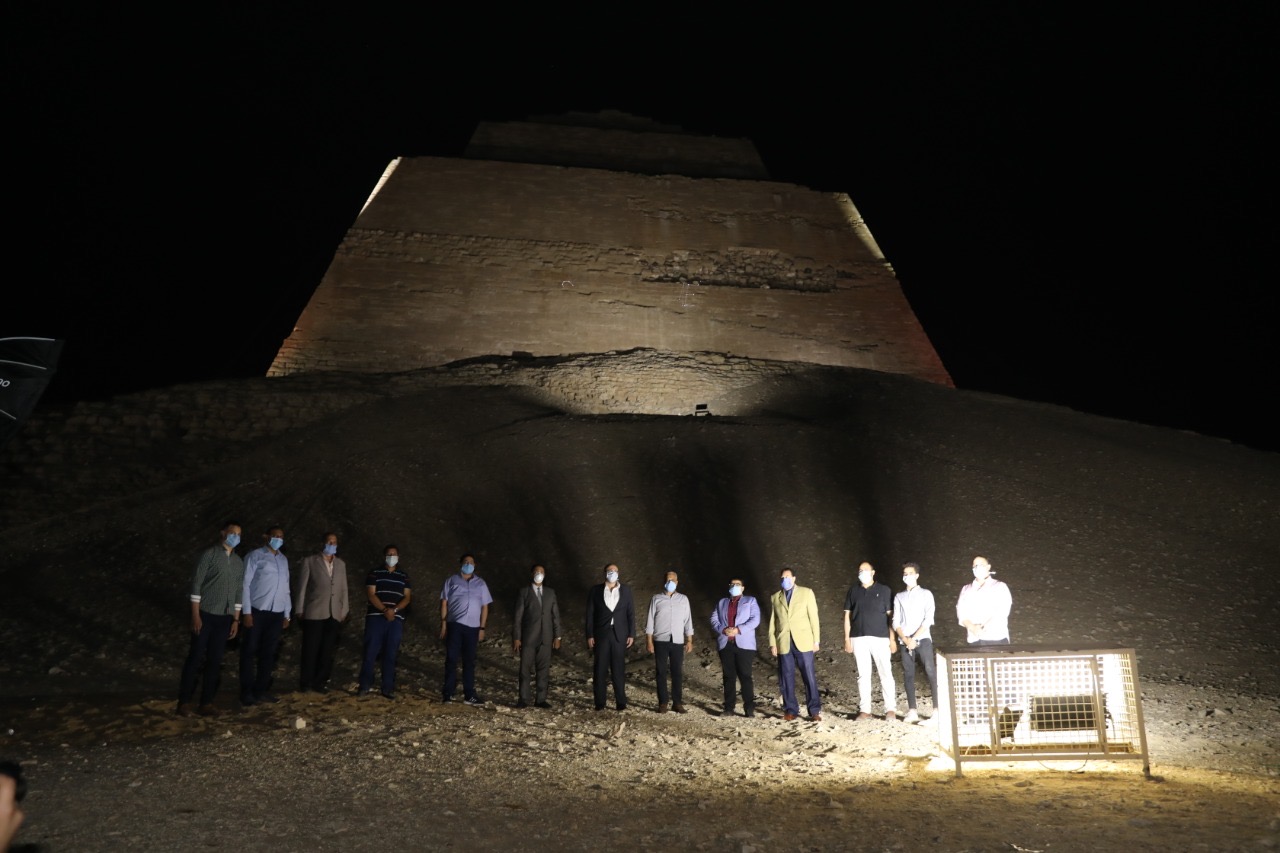