Prime Minister Mostafa Madbouly has this morning, 5 July, visited a VACSERA factory where he witnessed the first stages of production of 1 million doses of Vacsera-Sinovak Made in Egypt vaccine against coronavirus. VACSERA is

the Ministry of Health’s Holding Company for Production of Vaccines, Sera, and Drugs. 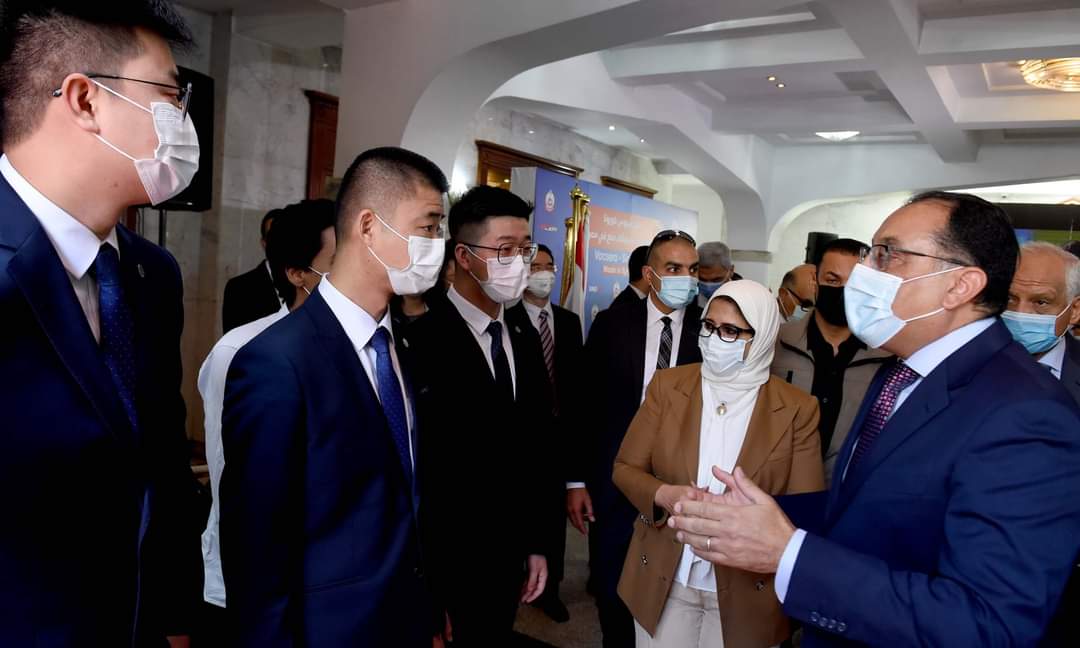 In a press conference, PM Madbouly confirmed the political will under President Sisi to secure the largest possible number of doses of coronavirus vaccine for Egyptians. He said that several of the manufacturers on which Egypt had depended to supply doses of the vaccine had failed to deliver the agreed-upon quantities on time owing to pressing global demand. The political leadership in Egypt, Dr Madbouly said, had anticipated such a situation, and hence realised that the best, if not the only, alternative would be to manufacture the vaccine locally. Dr Madbouly thanked the Chinese government and lauded its positive cooperation ever since the Egyptian Health Minister approached China to manufacture the Chinese vaccine in Egypt. 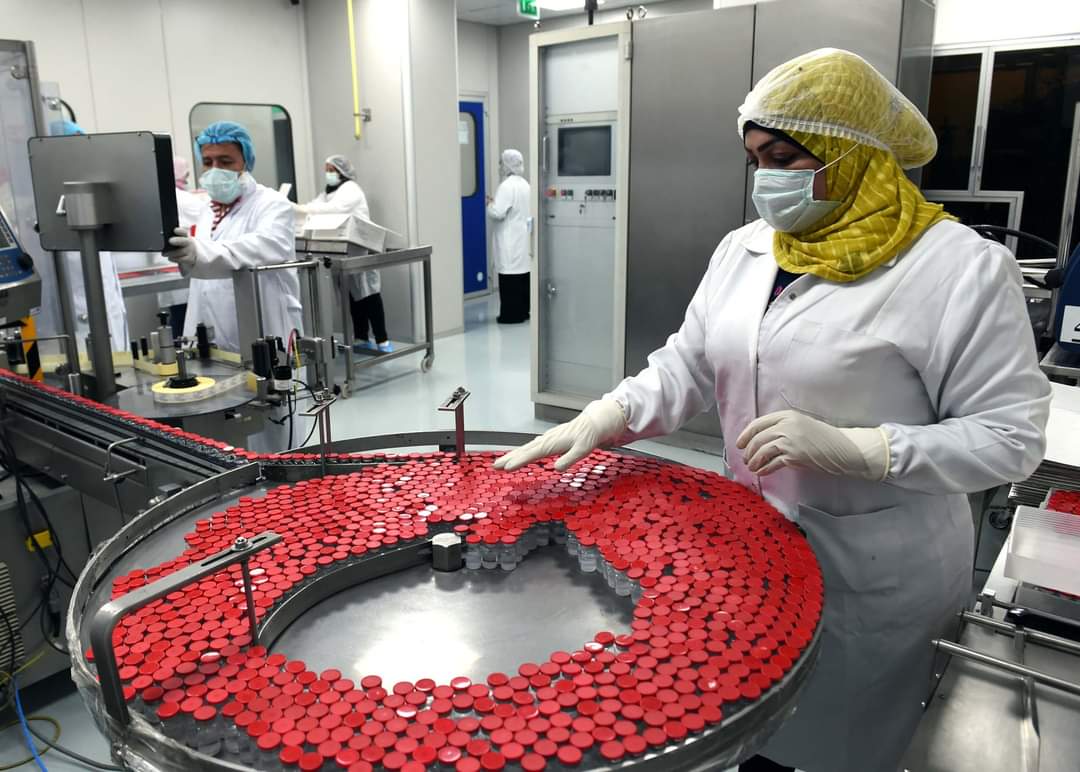 Dr Madbouly announced that VACSERA had already manufactured one million doses of the vaccine, explaining that the plant in Agouza, Giza, has the capacity to produce 300,000 doses per shift. He said that the agreement with the China stipulates manufacturing in Egypt 40 million doses until the end of 2021. However, he pointed out, the Egyptian government is negotiating with the Chinese to provide Egypt with double the quantity of raw material, so that Egypt would produce 80 million doses before yearend, sufficient to vaccinate 40 million Egyptians. This, Dr Madbouly said, besides the doses of vaccines supplied by other foreign manufacturers.

VACSERA Chairperson Dr Waly explained that the two VACSERA plants in Agouza and the 6th of October City have been upgraded at the cost of EGP785 million. She said that the Agouza plant has the capacity to produce between 110 million to 220 million doses of the vaccine annually, whereas the VACSERA complex in the satellite town of 6th October west of Cairo can produce 3 million vaccine doses a day, that is more than 1 billion a year. 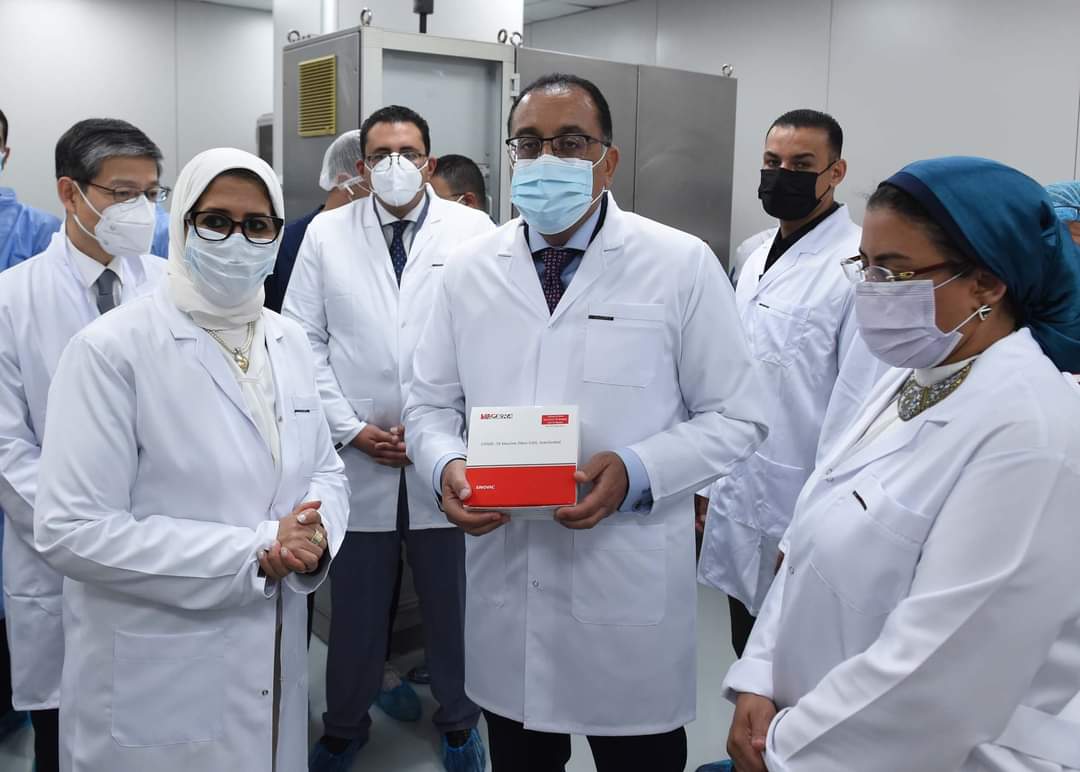 Dr Madbouly praised the efforts of Egyptian health authorities in their management of the COVID-19 crisis, pointing out that all along the country did not face any shortage of medicines or supplies needed.

During the tour, Minister of Health Hala Zayed explained that the first batch of vaccines would undergo 11 phases of testing over six weeks, to be followed by a study and confirmation phase before the vaccine is released for public use. She reminded that the negotiations with the Chinese Sinovak Company to manufacture the vaccine locally had started in June 2020 under the auspices of the Chinese Embassy in Egypt.

Last April, she said, the deal was sealed between VACSERA and Sinovak, and the agreement signed at the Egyptian Cabinet office. Dr Zayed pointed out that WHO experts had lauded the quality and efficiency of the production lines in Egypt. The plan, she reminded, is for Egypt to become a manufacturing hub for coronavirus vaccine for all Africa. 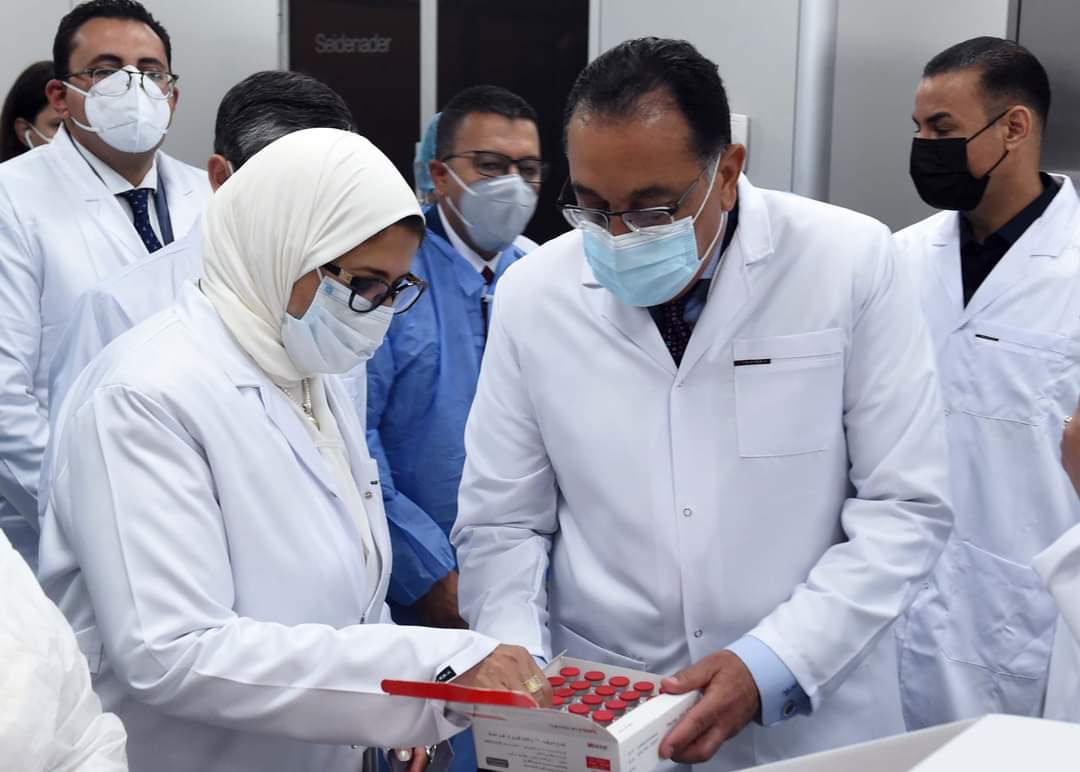 According to Dr Waly, a technology transfer agreement with China allows Egypt to locally manufacture the raw material needed for the production of coronavirus vaccine. This will start soon, she said. 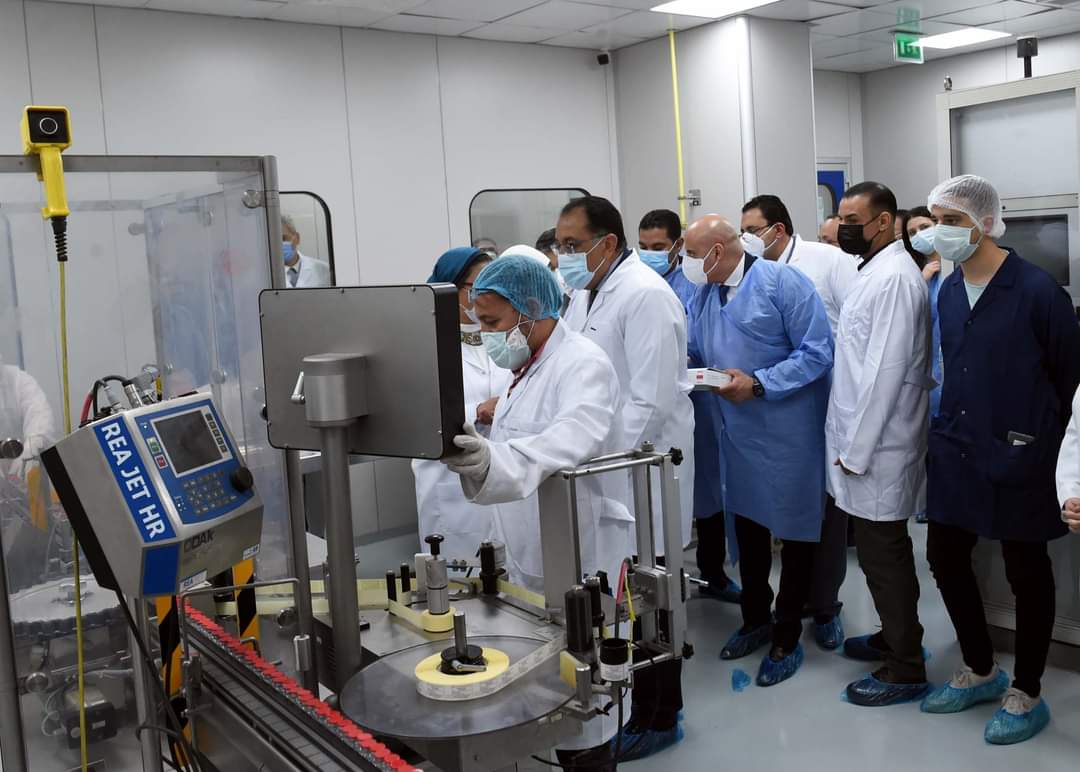 During today’s tour of VACSERA, it was announced that Egypt would very soon receive a batch of Johnsons & Johnsons coronavirus vaccine. Egypt has in the meantime begun issuing vaccination certificates with QR codes to match international standards.

Apart from manufacturing coronavirus vaccines at Vacsera, Dr Wali said that agreements were being made with international pharmaceutical companies to produce various vaccines at VACSERA. The complex is expected to become the largest in the Middle East, and to produce vaccines against polio, pneumococcal and seasonal influenza.

PM Madbouli commented that the government is in the process of closing deals to manufacture in Egypt eight main vaccines, given that this goes in line with the State’s plan to achieve self-sufficiency in essential vaccines and drugs as a national security concern. 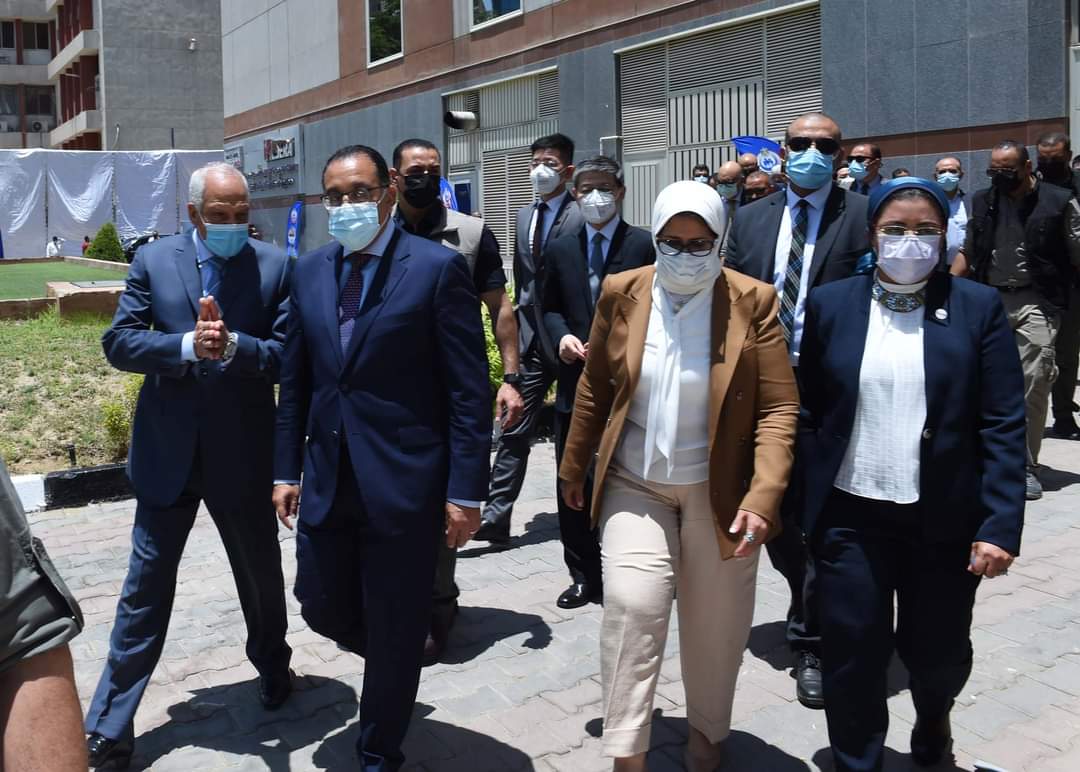