Egypt’s Health Minister Hala Zayed, currently on a visit to Juba, has relayed to South Sudan the warm wishes of President Abdel-Fattah al-Sisi for the 10th anniversary of the country’s independence, celebrated on 9 July. Dr Zayed arrived to Juba from Khartoum which she had been visiting.

Once the Egyptian Health Minister arrived at Juba, she headed to Juba Teaching Hospital. She was accompanied by her South Sudan counterpart Elizabeth Achuei, Egypt’s Ambassador to Juba Muhammad Fateh, and Egyptian Consul Ahmed al-Bakri.

At the Teaching Hospital, Dr Zayed inspected the work of the most recent Egyptian medical convoy to South Sudan, which was dispatched from Cairo on 5 July. The convoy includes internists, oculists, pediatricians, obstetricians, orthopedics, and anesthesiologists.

According to Khaled Megahed, spokesperson of the Ministry of Health, Dr Zayed gave orders to expand the Egyptian kidney dialysis centre at the hospital through supplying it with 10 new dialysis machines, as well as the necessary infrastructure utilities of electricity generators and a water treatment plant. The centre is already equipped with medical supplies, medicines, and filters, Mr Megahed said.

Dr Zayed said that Egypt has for the first time sent into Africa a team for women’s health, in parallel with President Sisi’s national initiative in Egypt. Since its arrival at Juba, the Egyptian medical team for women’s health has conducted 15 workshops to train South Sudan doctors on early detection of breast cancer. A state-of-the-art centre has been set up for full examination of women patients, including conducting tests for early detection of breast cancer. 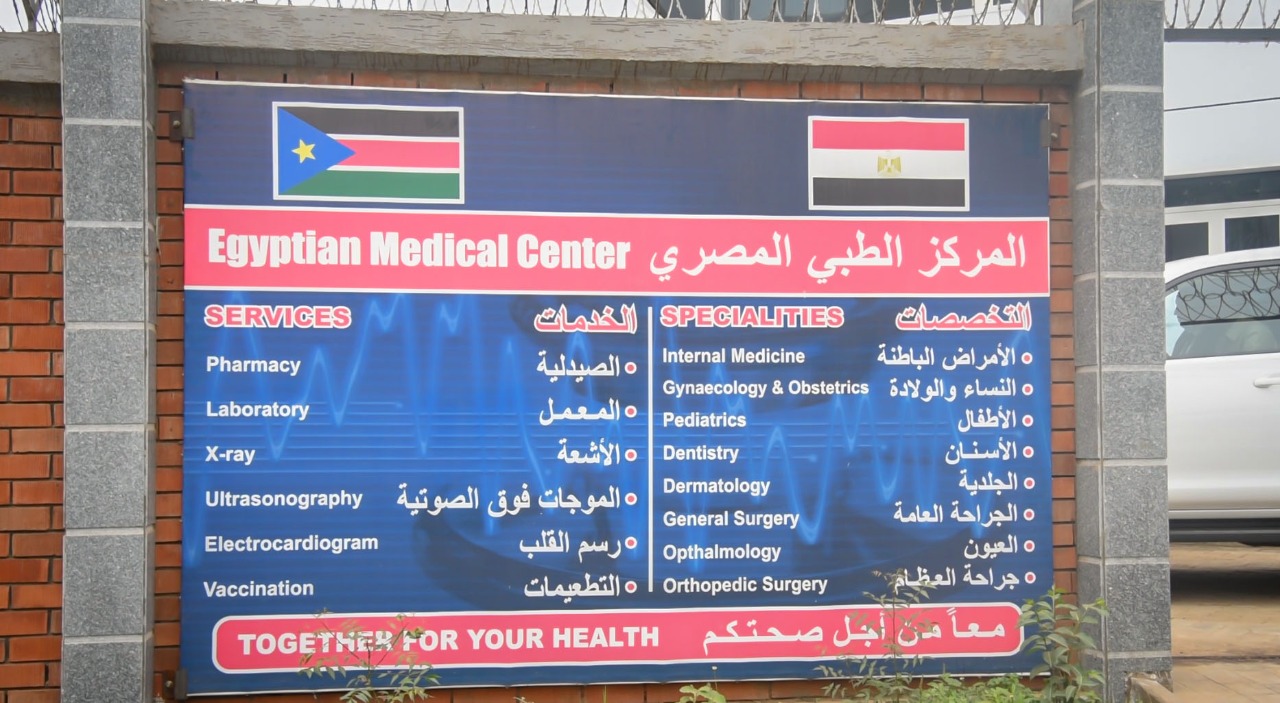 In the field of eye diseases, Egyptian doctors, Dr Zayed said, who are dispatched to South Sudan on a monthly basis, have performed more than 600 surgeries and provided 3000 free glasses to patients. She promised that Egypt would continue to send regular medical convoys to South Sudan.

At the Egyptian Medical Centre in Juba, which opened in 2008 and was renovated and upgraded in 2020, Dr Zayed was informed that the Centre had received 5186 patients during the month of June alone. The Centre is among the best in Juba, and offers services in all medical specialisations. Since President Sisi’s initiative to treat 1 million Africans against hepatitis C virus was launched, thousands of South Sudanese patients were examined, and some 500 treated for HCV free of charge.

The Health Minister thanked all staff working at the Centre, and ordered that it should be provided with three fully equipped ambulance vehicles, a mammographic radio graphic system and an ultrasonography machine.

Dr Zayed stressed that Egypt would continue to support South Sudan as during the last 18 months since the outbreak of COVID-19. During these months, she said, Egypt airlifted to Juba 24 tons of medicines, medical supplies, and baby formula in aid.

The Minister said that Egypt was offering South Sudan doctors scholarships to study and sit for the exams of the Egyptian doctors fellowship.