An air bridge created from Cairo to Beirut continues to carry emergency supplies to help Lebanon cope with the aftermath of the massive blast at the city port on 4 August 2020. Lebanese officials said the explosion was caused by ammonium nitrate, 2,750 tons of which had been stored in a warehouse at the city port for six years after being confiscated from a ship destined to Somalia. The explosion killed at least 177 people, injured around 6000, rendered an estimated 300,000 homeless, and caused property damage of USD10-15 billion, working carnage on the city. Silos at the port, which carried 80 per cent of Lebanon’s stock of grain were burned down in the blast.

Egyptian military aircraft has been shuttling between Cairo and Beirut carrying from Egypt relief goods that include food, medical supplies, specialised medical teams, and construction materials and glass panels for reconstruction. An Egyptian field hospital in Beirut was set up to provide aid to victims. 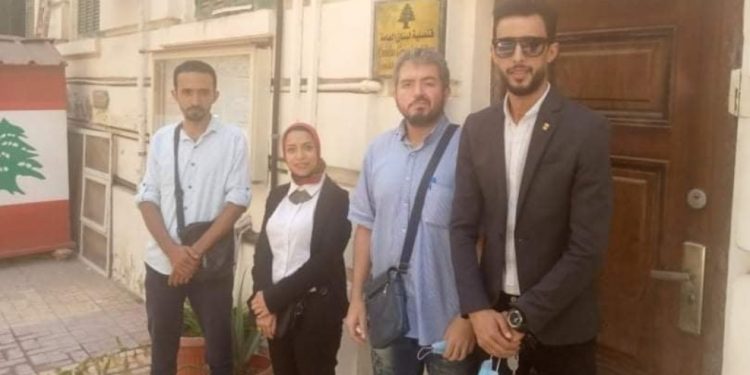 Non-governmental organisations in Egypt have also been doing what they can to help Lebanon. Among them has been the Alexandria NGO “Khalleek Maana”, literally “Be With Us”, managed by Ahmad Ezzat, Samira Samy, Wael Samir, and Afifi al-Werdani. Watani’s correspondent in Alexandria Nevine Kameel reports that the executives in charge of Khalleek Maana have met the Lebanese Consul in Alexandria Abdel-Aziz Eissa at the Consulate to offer full support by Alexandria’s civil society to the Lebanese people. The NGO offered medical supplies and utilities for Lebanese hospitals, and called upon other Egyptian NGOs to do the same. Mr Eissa expressed profound gratitude to Khalleek Maana and to the Egyptian people, leadership, and government for their fine support of Lebanon in its distress.

Pope Tawadros II had sent a message of sympathy and condolence to the Lebanese people:

“On my behalf, and on behalf of Egypt’s Coptic Orthodox Church, I extend my sincere condolences and sympathy to our brothers in Lebanon; government and people, for the victims of the explosion that took place in Beirut.

“We pray to God for a speedy recovery for the injured, and to grant peace and tranquillity to the souls horrified by this painful incident. May the Lord protect Lebanon from all evil.” 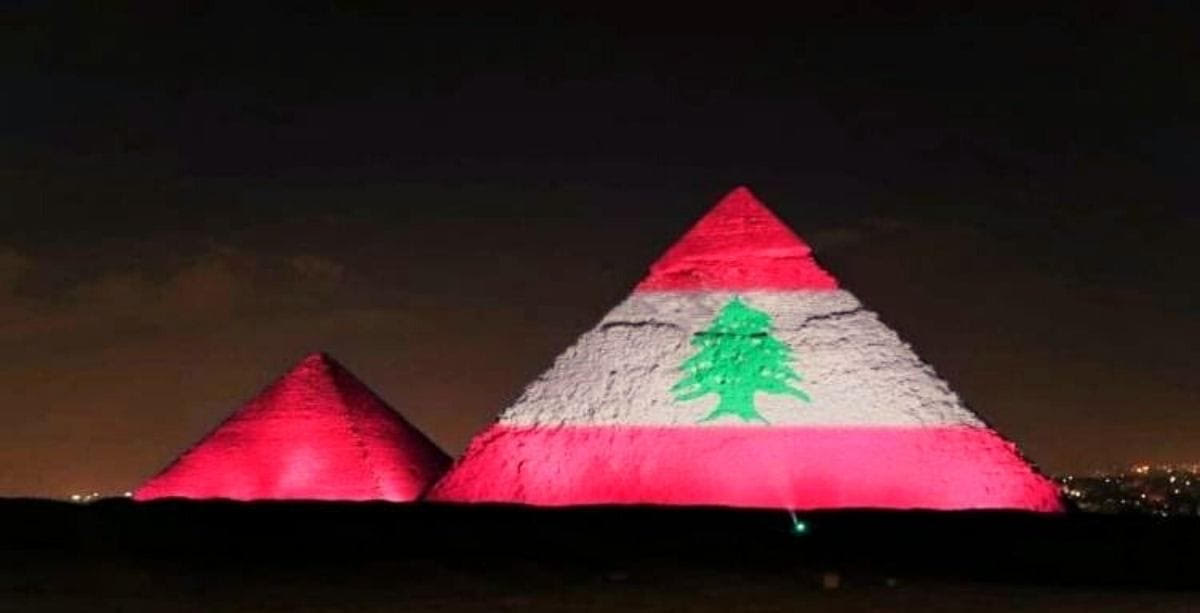 In solidarity with Lebanon, the Giza Pyramids in Egypt lit up with the Lebanese flag. On social media, Egyptians widely expressed sorrow and sympathy with the Lebanese people under the hashtag #prayforbeirut #Lebanon.

Students studying Apparel and Fashion at Badr University’s Faculty of Applied Arts proudly displayed their designs in a fashion show...