The first ever woman to be elected one of two deputies to the Speaker of Egypt’s Senate, Phoebe Fawzy Girgis, is a Copt from the Suez Canal city of Ismailiya.

The Senate was elected last September, and convened for its first session, a procedural one, early October. During that session, the Speaker and his two deputies were elected. Abdel-Wahab Abdel-Razek, Head of the Supreme Constitutional Court in 2016 – 2018, and head of the majority party Mustaqbal Watan (Future for the Nation) was elected as Speaker; as were his two deputies: Bahaaeddin Abu-Shoqa, a lawyer who heads the liberal al-Wafd party; and Phoebe Fawzy Girgis, media expert, English-Arabic translator, and member of the leftist Republican People’s Party.

Election of the Senate was widely seen as a significant moment for legislation in Egypt.

Whereas Egyptian modern-day parliamentary life started in 1924 with a bicameral parliament, the upper house of parliament was abolished in the 1950s following the July 1952 revolution which abolished the monarchy and turned Egypt into a republic. A new Constitution was established in 1956 and a new parliament instituted, but this was a unicameral parliament. It took until 1980 for Egypt to again have an upper house to its parliament, the Shura (Consultative) Council, but its competencies were rather limited.

On 30 June 2013, a 30-million strong Egyptian revolution rid Egypt of Islamist rule and, supported by the Armed Forces, established a secular State. Parliament was dissolved and, in 2014 a new Constitution was passed. The Shura Council had been so ineffective that the new Constitution included provisions for only a unicameral parliament; no upper house.

The election of the first Coptic woman as deputy to the Senate Speaker caused ripples of excited expectation among Egyptians in general, but especially in women and Coptic circles. Watani decided to talk to Ms Girgis, bringing up with her questions so many have in mind, starting with the role of the Senate as the upper legislative chamber. 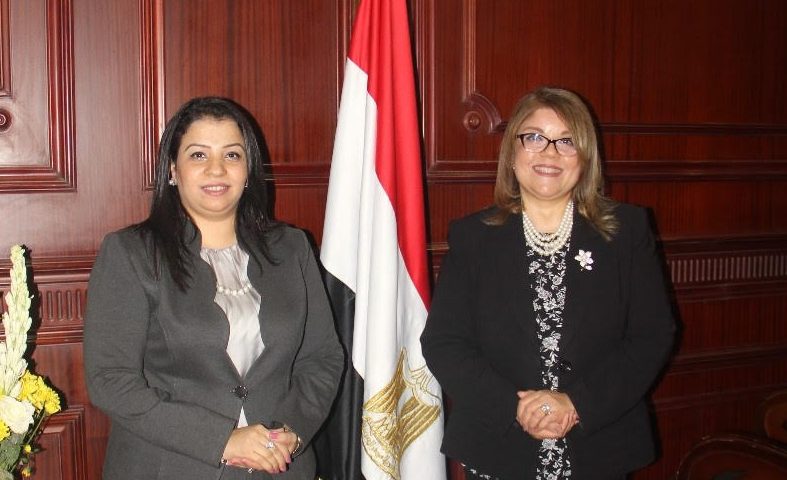 Some people wonder what exactly is the role of the Senate. Would you give us a brief view?

The need for a strong upper house in parliament became increasingly evident throughout the years that Egypt had a unicameral parliament. This was why the 2014 Constitution was amended in 2019 to include provisions for an upper house, the Senate.

The Senate is a primary component of the legislative system. It enriches political life, since it includes a bevy of expert and highly experienced figures in various domains, especially among the 100 MPs named by the President. Such figures more often than not prefer to refrain from engaging in the political conflict that invariably accompanies running in elections.

The Senate guarantees quality legislation by affording more profound discussion and study of issues to be addressed by laws. Additionally, it plays an important role in discussing national plans for social and economic development, as well as debating international treaties and agreements. It also scrutinises for approval legislation and laws referred to it by the presidency or the House of Representatives.

In your opinion, what are the Senate’s priorities? And what are the laws that should be brought up for discussion sooner?

There are already a number of files and tasks on the Senate’s priority list. Expert members have already begun preparing proposals for discussion of issues that they consider priority.

There are already urgent items of legislation that must be discussed by the Senate before they are referred to the House of Representatives. Topping the list are the law of local government councils, and the new family law for Christians in Egypt. There are also legislative amendments in the housing and investment laws. Egyptians are keenly awaiting all these laws to pass.

Ms Girgis, how did you make your way into this elite legislative body? Will you tell us about your upbringing and your path towards the Senate?

I was raised in a close knit family. My father was a university professor and I was the youngest of three daughters before my brother was born. My father was always proud of his three daughters, which naturally gave me a sense of confidence and enabled me to confront challenges. I passed the highly competitive secondary school certificate (Thanawiya Amma) examinations with distinction, and went on to earn a degree in Media and Mass Communications with honours in 1983. I started a career in the media and, some 32 years ago, became the youngest editor-in-chief of the news on Egyptian TV. 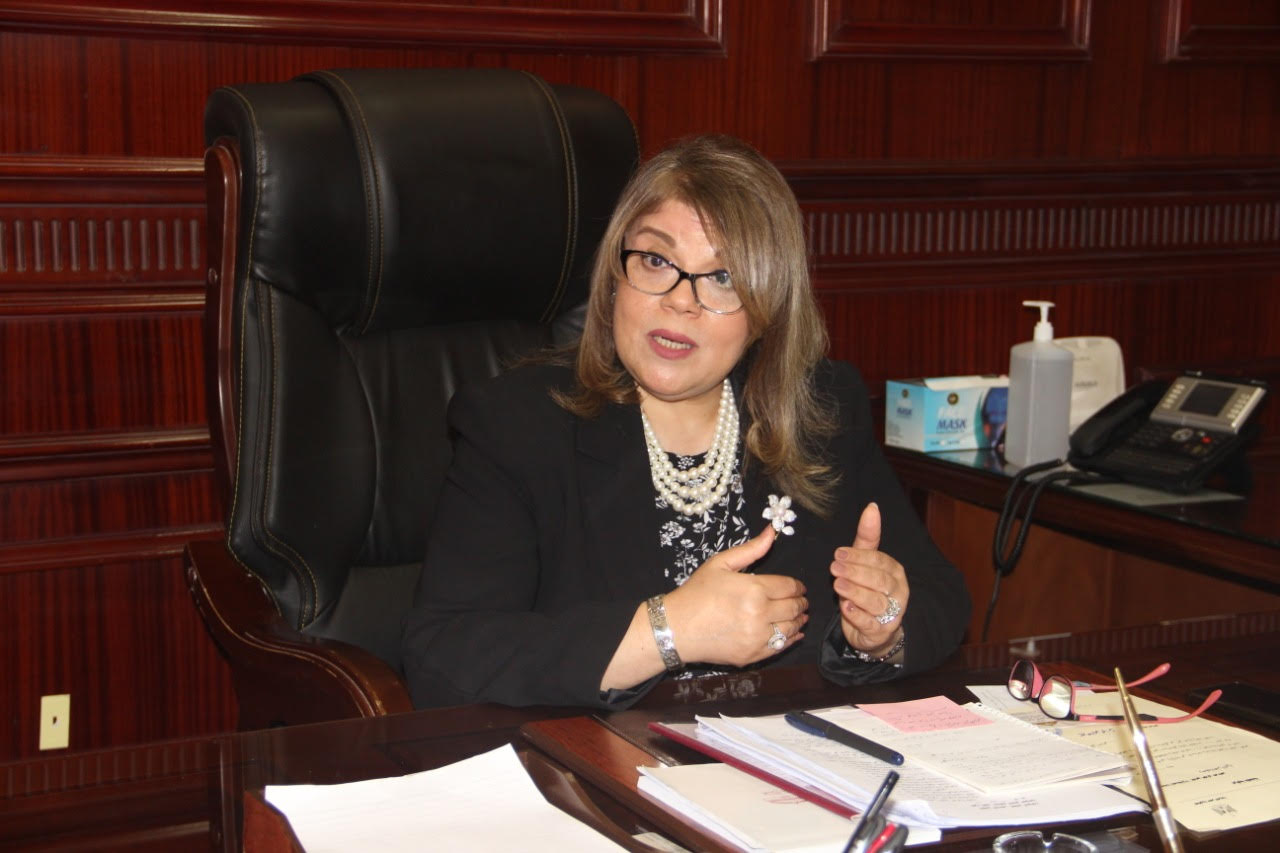 What put your foot on the path of politics?

Joining the media got me effectively involved in public work. I gained various experiences in my capacity as editor-in-chief, editing reports and programmes related to public issues. I joined the National Council for Women (NCW) since it was established in 2000, also a number of NGOs. I was later chosen as member of the boards of trustees of Egypt Public Library and the committee for community participation at Suez Canal University.

No doubt, all this was an opportunity for me to form real, substantial relations with the public, and to gain understanding on political, economic and social issues, and how they affected people. I learned how to be a link between officials and the public .

As a Coptic woman from outside Cairo, how do you see your win of the post of Senate deputy speaker?’

Such a win is a victory for Egyptian women. It explicitly reflects the healthy political climate Egyptian women live under today, a climate supported and promoted by President Abdel-Fattah al-Sisi.

The win by someone from outside the capital, which had long monopolised high-ranking positions, reflects the maturity of the Egyptian political system, a maturity also manifested in the unprecedented election of the three leading figures in the Senate belonging to three different political parties. Even though the Speaker belongs to the majority party, Mustaqbal Watan; one deputy belongs to the Wafd Party; and the other, me, belongs to the Republican People’s Party.

I was very moved, however, to see happiness, encouragement, and support in the eyes of all those I met, no matter who they were or where they came from, as they congratulated me on my win.

You said before you ran for the post of deputy speaker that your running was some “adventure”. How was that?

It felt like I was sailing into uncharted waters, on to somewhere no Egyptian woman before me had gone. I never knew what surprises might come up. Yet, once I declared my intention to run, I was met with encouragement and support by all my senator colleagues. And I got to know that most of the parties had decided to elect a woman as one of the deputies to the Speaker, a first in the Senate even if it had occurred once before in the House of Representatives. This, too, encouraged me. 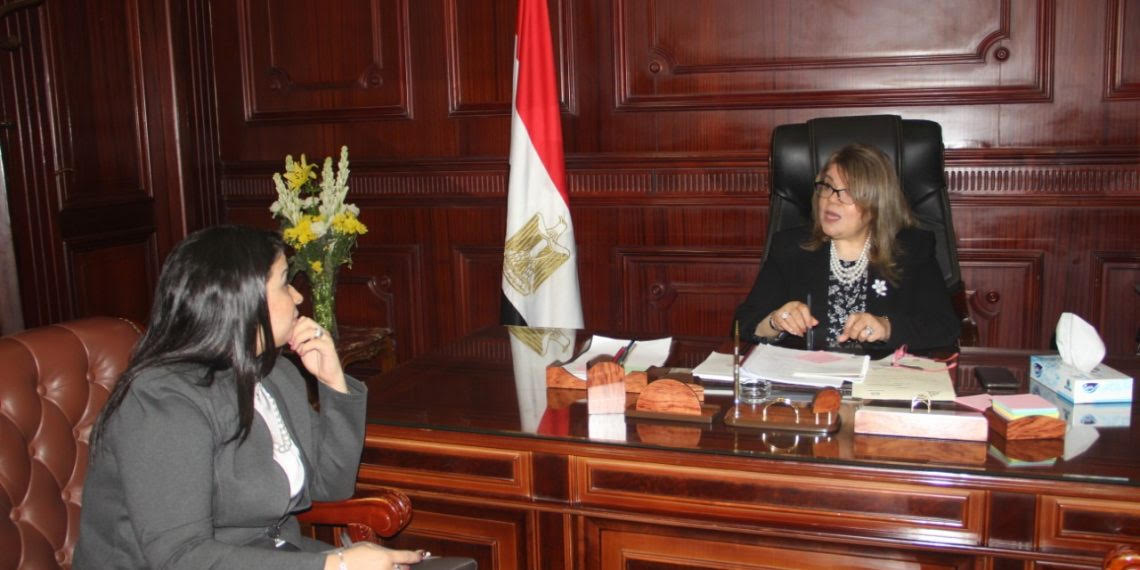 What are the responsibilities of the two deputies to the Senate Speaker?

These responsibilities have been specified by the Senate bylaws, and centre on taking decisions related to its agenda and the topics aroused on the floor. They also preside over sessions in absence of the speaker, and over meetings of the Senate’s specific committees.

How do you see political party life in Egypt? And the idea of party coalitions to form blocs?

No doubt that political parties with their variety of views and outlooks are the mainstay of any political system based on pluralism, democracy, and power rotation. The presence of some 100 parties in Egypt, however, is without doubt an exaggeration that gives the political scene a surrealistic hue. It does not make sense that each of these 100 parties holds views different than those of the others; there must be redundancies. In all cases, the political system is bound to develop so that repeated elections would serve as a natural selection process for survival of the fittest. In my view, the political arena in Egypt can accommodate no more that 15 different parties.

Will you tell us about the party you belong to: the Republican People’s Party?

The RPP is an Egyptian political party established in 2012.  Its outlook centres on building a modern civil State of a presidential parliamentary system, based on institutions not individuals or parties. This State guarantees equality and full citizen rights to one and all with no discrimination, and upholds an electoral system in which all Egyptians are entitled to take part. 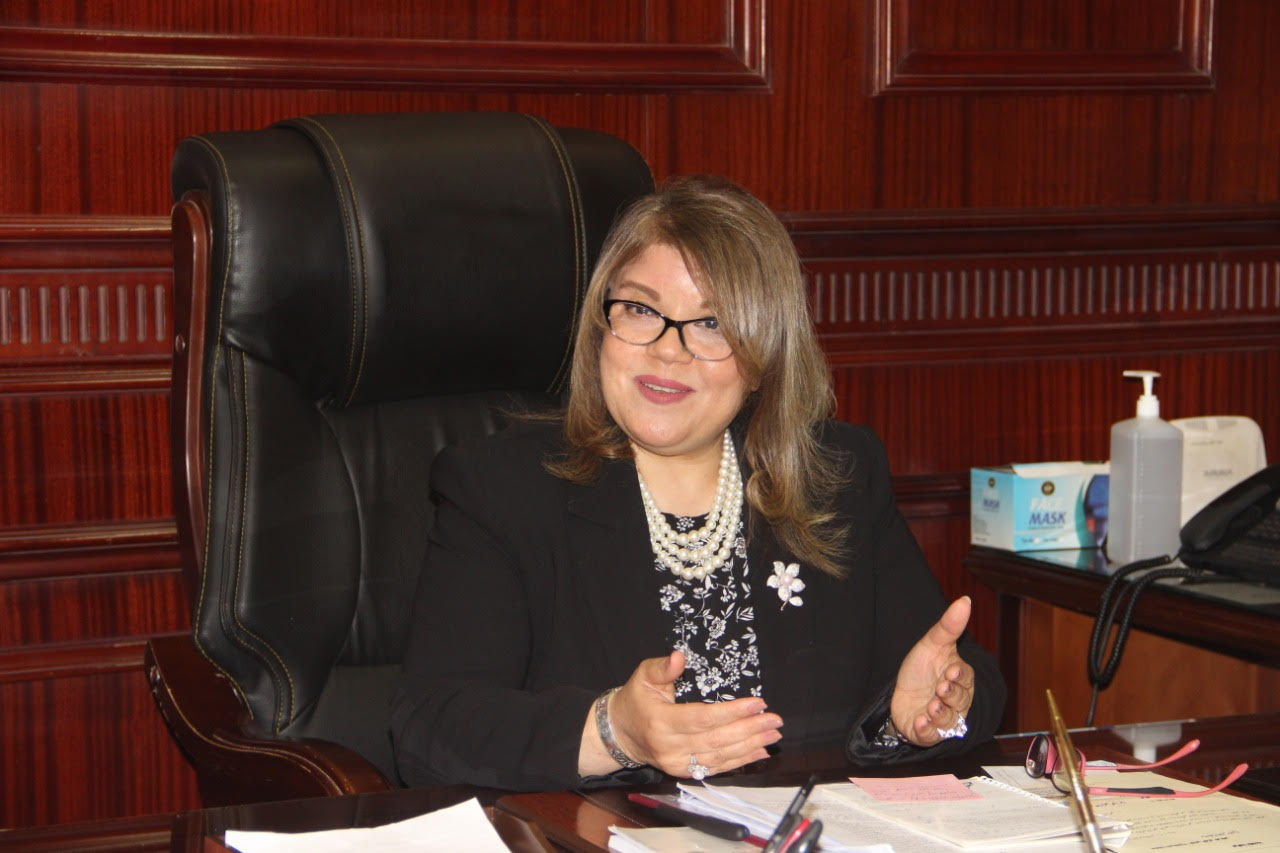 As a media person, what do you think of the content presented by the media today? And do you think the print media stands a chance in the face of the electronic media?

The media is a mirror that reflects the trends and common perceptions of a community. Today’s media is no exception; it offers both quality and sub-par content. It is up to readers or viewers to distinguish between both.

The print media is suffering badly not only in Egypt but all over the world; this is the natural outcome of the modern-day technological revolution. Experts are divided: some see that the print media will go on existing side by side with the electronic media; others see that it will at one point become obsolete. Only time can prove in which direction the media is headed.

What prescription can Phoebe Fawzy Girgis write for every woman who seeks success in her professional and private life?

I do not believe in giving a blanket prescription for success, simply because the conditions of and challenges facing every woman are so different. I can only speak of my personal experience.

Throughout my life, I never thought of a woman’s work or career as a superfluity or an impediment to her family life. There was never any conflict between my role as a career woman and my role as wife and mother. I could clearly distinguish between the requirements of these roles.

Yet I must say that raising two wonderful human beings, a son and a daughter, has been the first and foremost achievement in life. My son, George Safwat is now spokesperson of Suez Canal University; and my daughter Mariz Safwat graduated with honours from Suez Canal University’s Faculty of Tourism and Hotels.