In celebration of the International Day of Persons with Disabilities UNICEF Egypt has posted on its website the story of Mariam Wageeh, touting her as “The first Down Syndrome Fine Arts student in Egypt”. 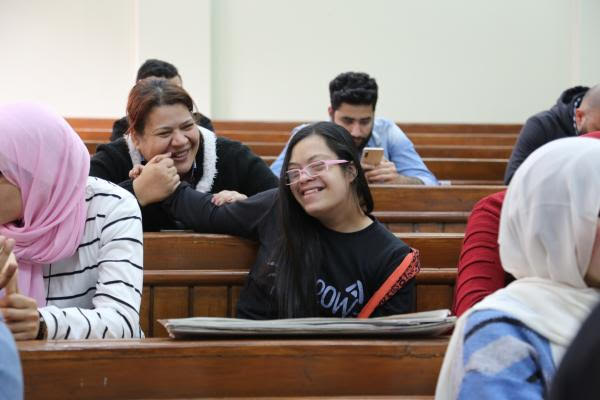 The story goes that one day in 2018, during the UNICEF-supported Awladna Art Forum for differently-abled youth and children, Dr Ashraf Reda, Vice Dean of the Faculty of Fine Arts at Helwan University, came across a painting that struck him. It was unusual, and captured his attention. 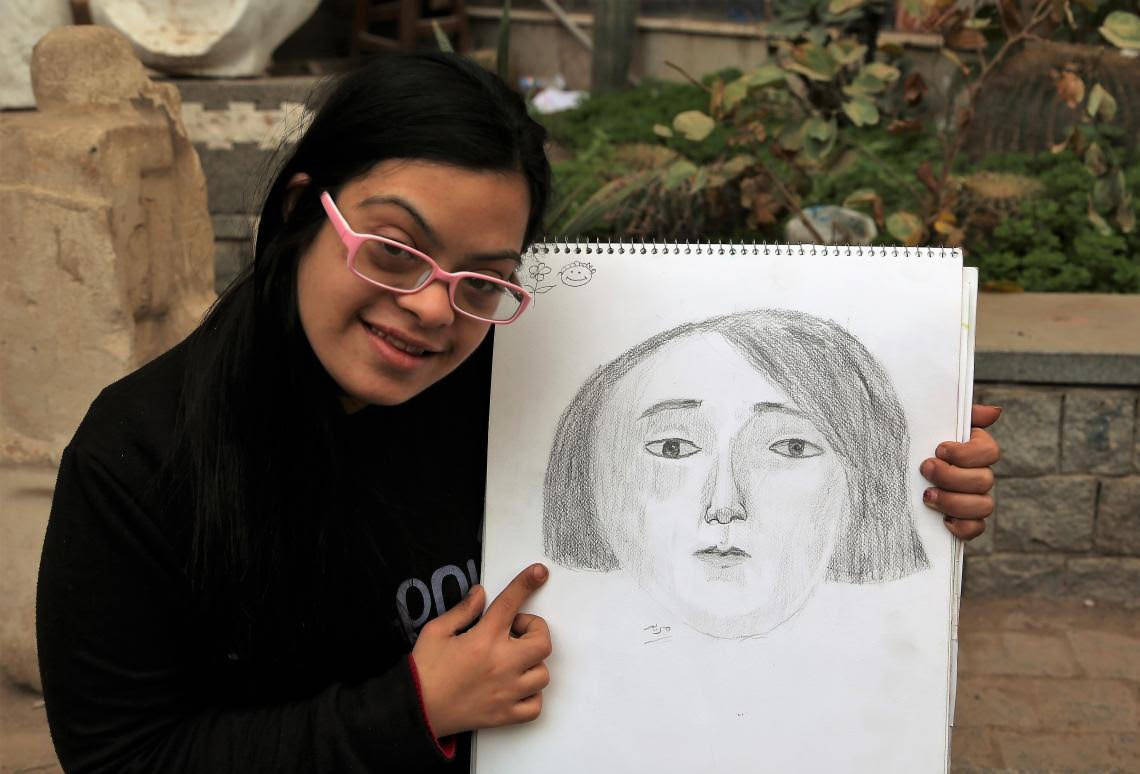 When he met the artist, 20-year-old Mariam Wageeh with Down Syndrome, he decided to give her the opportunity of a lifetime: studying arts at the University. Mariam enrolled in the Free Studies Section at the Faculty of Fine Arts in 2018, becoming first-ever Down Syndrome student there. Her mother acts as her shadow teacher, helping with learning details but not interfering with her daughter’s creativity in artworks. Mariam is now into sculpture in addition to painting.

To mark International Day of Persons with Disabilities, the Gayer-Anderson Museum in Sayeda Zeinab, Cairo, hosted a week-long event that concluded on 11 December.

The event included an art exhibition under the title “Tetlaf f harir”, literally “To be wrapped in silk”, an Egyptian expression that means “the hands that made this deserve to be treasured”. 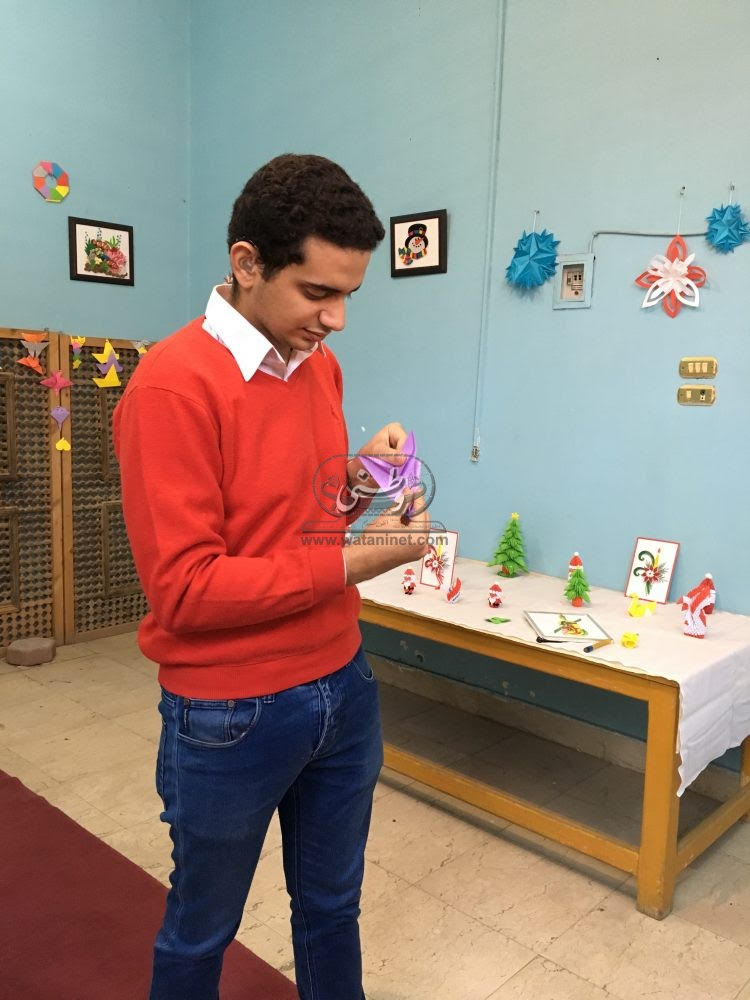 The exhibition featured works by Kyrillos Samy, a young origami artist with hearing-impairment. Origami being the art of paper folding, Mr Samy’s artworks varied between medium and large sizes; they all celebrated the upcoming Christmas and New Year. 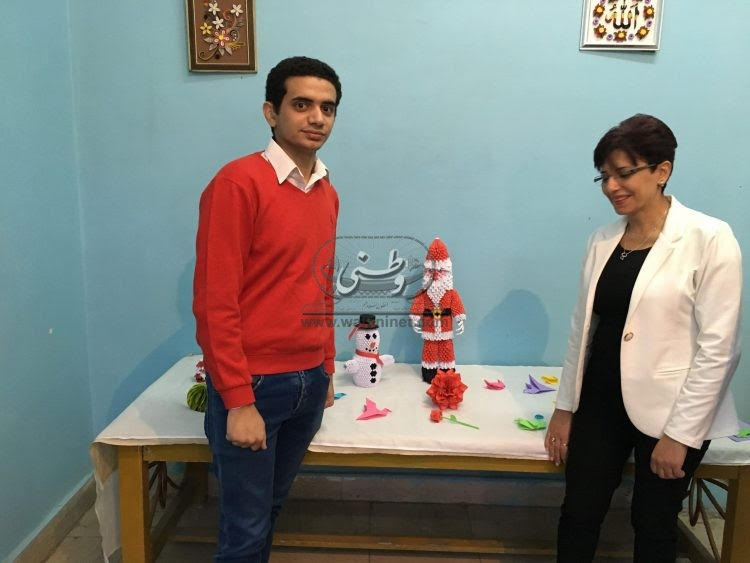 His mother Germaine Magdy who was there at the exhibition remarked that Kyrillos had started on origami some ten years ago, and has been steadily working to improve his work.

Mervat Ezzat, the Museum director, said that the museum is launching a visually-impaired friendly path where all guide signs are inscribed in Braille, and is printing a museum guide in Braille that includes detailed descriptions of all the acquisitions of the Gayer-Anderson Museum. The museum aims to be the first in Egypt to cater for persons with all types of disabilities.

The Gayer-Anderson Museum is an art museum located in two 17th-century houses connected through a third-storey bridge. It is named after Major R.G. Gayer-Anderson Pasha, who was in the British Medical Corps and, when he retired in 1935, lived in the house till 1942 with special permission from the Egyptian government. 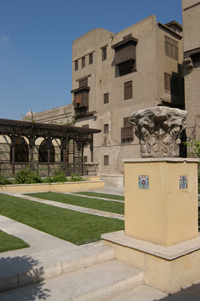 Gayer-Anderson decorated the rooms in oriental style and filled them with astounding objects from his travels throughout Egypt, also from Iran and Turkey.

The building, with its wooden mashrabiya (lattice windows), is known for being a set for the James Bond film The Spy Who Loved Me.