Former Egyptian President Hosni Mubarak (1928 – 2020), who passed away in hospital yesterday 25 February, was today given a military funeral. 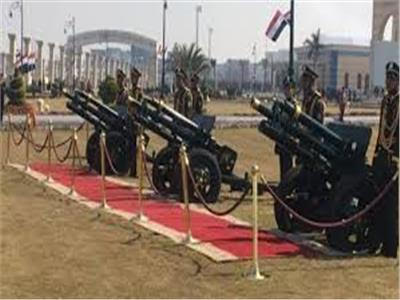 The former President’s coffin was airlifted by a military aircraft to the grounds of Mushir Tantawi mosque on the eastern outskirts of Cairo, where he was received by family members and friends, and a number of figures who had held prominent positions in the Mubarak regime. A crowd of Mubarak supporters gathered in front of the mosque, carrying Egyptian flags and pictures of the former President. 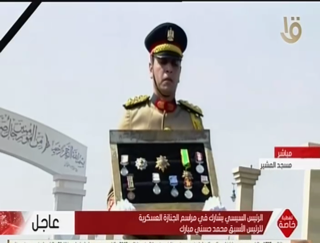 A visibly grieved Suzanne Mubarak, the former President’s wife, his two sons Alaa and Gamal and their wives, and his grandson Omar, were all there for the funeral service. Together with the honour guard, Alaa and Gamal carried their father’s coffin, which was draped in Egypt’s tricolour flag, into the mosque for funeral prayers. 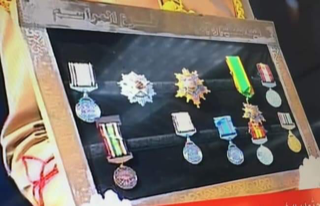 President Abdel-Fattah al-Sisi arrived to lead the military funeral. He was flanked by Mubarak’s sons and grandson; Adly Mansour, Egypt’s Interim President in 2013/2014; the Grand Imam of al-Azhar Sheikh Ahmad al-Tayyeb; Pope Tawadros II; Prime Minister Mustafa Madbouli; Speaker of the House of Representatives Ali Abdel-Aal; and military leaders and senior officials. The coffin was mounted on a horse-drawn carriage as a guard of honour preceded by two military men carrying the former President’ medals and decorations marched alongside, to a 21-canon gun salute.

Once the military funeral was over, President Sisi shook hands with Suzanne Mubarak and her sons, extending his condolences to them.

The coffin was then airlifted to the family tomb for burial. 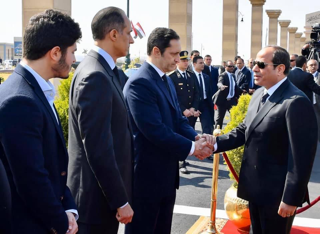 President Sisi mourned him in a statement that said: “The Presidency of the Republic deeply mourns former President Muhammad Hosny Mubarak for serving his nation as a leader and hero of the October 1973 War which regained for the Arab nation its dignity and pride.” The statement offered the Presidency’s condolences to Mubarak’s family. 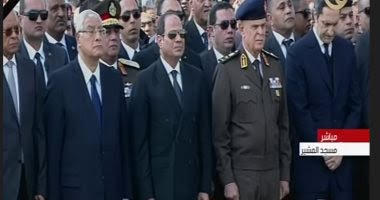 Egypt’s Armed Forces also issued a statement mourning the former President as “one of its sons and a leader of the glorious October 1973 War”. The statement offered condolences to Mubarak’s family, and the officers and members of the of the Armed Forces, concluding with a prayer for his soul. 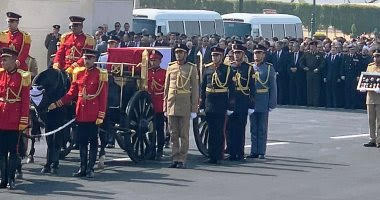 The Coptic Orthodox Church, headed by Pope Tawadros II, mourned Mubarak in a statement that read: “The Coptic Church deeply grieves the death of former President Muhammad Hosni Mubarak, a leader and hero of the October 1973 War. 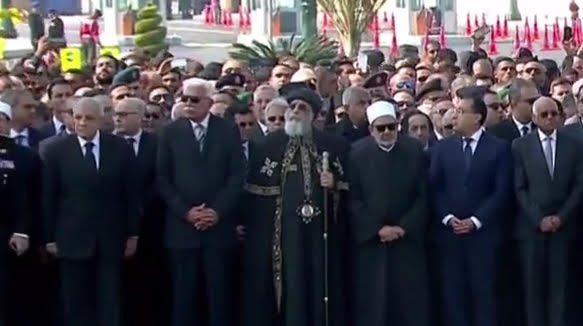 “He shouldered the responsibility of the homeland during extremely troubled times, and continued to lead the nation throughout three decades. 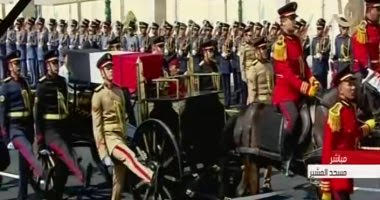 “We recall his words before stepping down in 2011: ‘This dear homeland is mine; I have lived in it, fought for it, and on its land will I die. The homeland is eternal, but men come and go. History will have the final say on me and those who come after me, what we did right and what we did wrong.’

“The Church offers its condolences to the family of the deceased; to the leaders, officers, and soldiers of the Armed Forces; and to all State institutions.

“We pray that God would rest his soul in peace.”

Mubarak served as Egypt’s president from October 1981 until he stepped down in February 2011 following the 18-day uprising, termed as Egypt’s Arab Spring, which started on 25 January 2011.

His 30-year rule was one of peace and economic prosperity, but was criticised for human rights breaches. 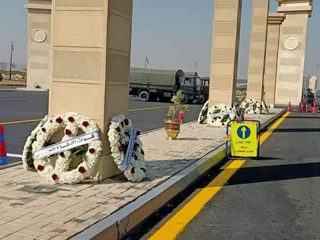 Once out of office, Mubarak stood trial for a number of charges that ranged from corruption to killing protestors during the February 2011 uprising. He was acquitted of all charges, however, except one which involved misappropriation of public funds. 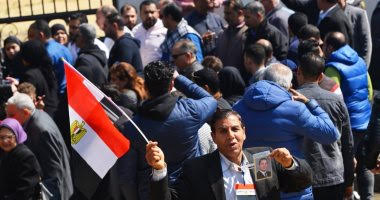 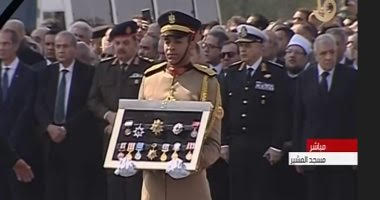 On Egyptian social media, many young Egyptians have posted opinions of Mubarak as the origin of problems battering Egypt today. The majority of comments by young and old, however, have widely mourned him as a national hero who respectfully stepped out of office rather than let his country contract civil war. 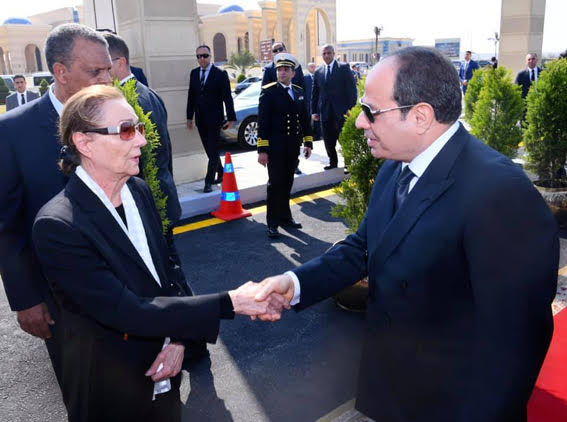 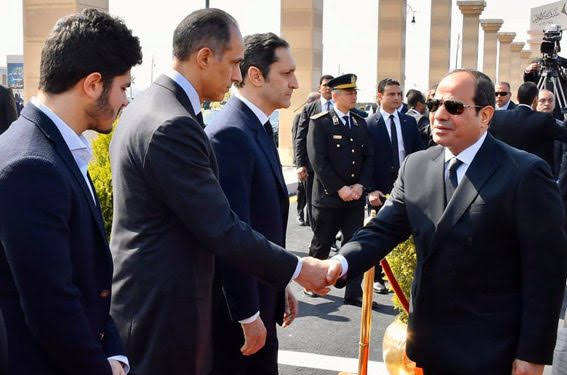