Samalout Bishopric has announced plans to produce a film on the Libya Martyrs under the title “Martyrs of Faith and Nation”. It will tell the story of the 20 Copts and the Ghanaian who were beheaded by Daesh in Libya in February 2015 for their faith, and who became known as the Libya Martyrs. 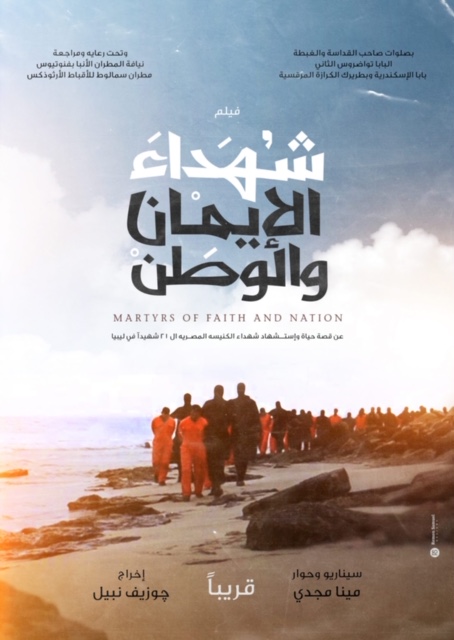 The Bishopric said the film was the culmination of months of hard work that involved documenting, reviewing, and researching the story of the martyrs, also fruitful discussions between the Church and the film makers. The film will tell their story from the moment they were kidnapped in January 2015, until their bodies were returned to Egypt in May 2018 where they were buried together in the church built by order of President Sisi in their honour in al-Our, Minya, the home village of 13 among them.

In a joint statement, Samalout Bishopric and the film makers said that the dream to produce a film that tells the story of the Libya Martyrs is coming true. With the blessings of the Church and Pope Tawadros II, the script has been prepared and is now awaiting final touches. The size of the production is huge, but Anba Povnotius gave the green light to start work, and all the crew is putting its trust in the Lord to bless their efforts, the statement read. 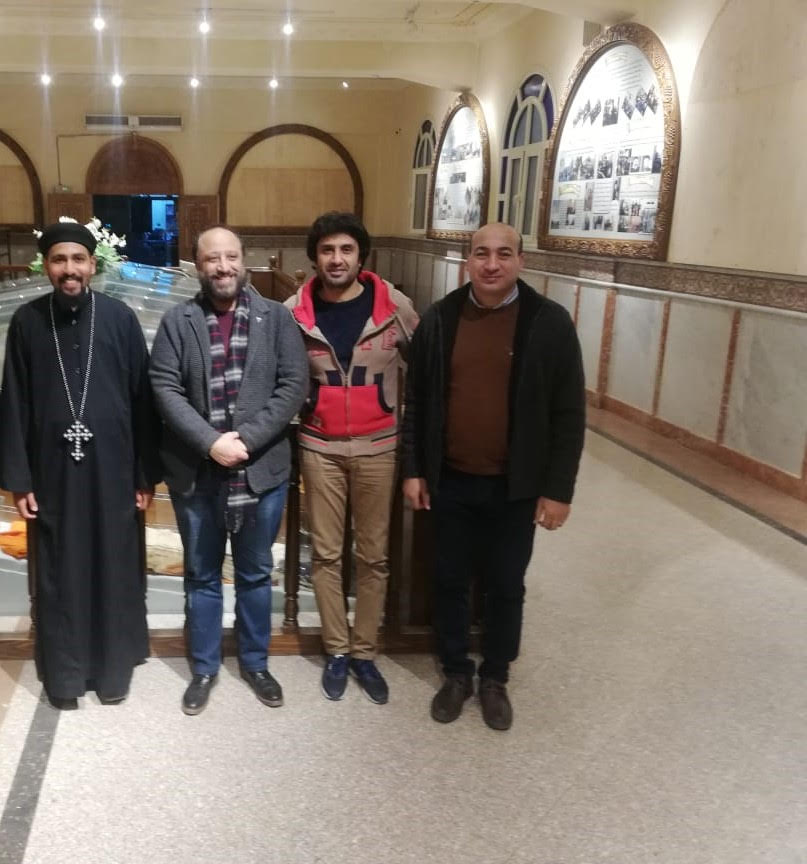 Scriptwriter Mina Magdy started researching the stories of the martyrs in 2018, soon after their bodies were brought home. He visited al-Our, observed life there and gathered information on the characters and lives of the martyrs and their families. The drama took shape, and Joseph Nabil was chosen to direct the film. Nabil has to his credit a number of successful Christian drama productions, including ++al-Raheb al-Samet (The Silent Monk)++, ++Nisr al-Barriya (Eagle of the Wilderness)++ and ++al-49 Shaheed (The 49 Martyrs)++. Anba Povnotius formed a committee to review the script for accuracy.

Apart from the details of their life before they went to Libya as migrant workers, the film will depict the period the 21 martyrs spent in Libya when they were kidnapped and later beheaded. It will also show the Egyptian retribution when Egypt’s Air Force struck camps and arms and ammunition stores in Sirte, Libya, that belonged to the Islamist militias that martyred the Copts; as well the State efforts to find their bodies and bring them home.

According to the recent joint statement, the film is produced under supervision of the Church, but is open for sponsorship. The statement highlighted that announcement of the film was postponed in view of the outbreak of COVID-19.

The film makers asked everyone to pray for the Lord to bless their efforts so that they would make a production worthy of the Libya Martyrs, for the film to stand witness of their story for generations to come.

For full details on the story of the martyrs of faith: