L’Atelier D’Alexandrie (The Alexandria Atelier), which has since its establishment in 1934 been a convergence zone for culture and art lovers, today faces an uncertain future. A January 2022 ruling by the Court of Cassation, Egypt’s highest court, confirmed one by a lower court to terminate the rental relation between the Atelier and the owners of the Alexandria villa that housed the Atelier since 1956.

The ruling put an end to a years-long legal battle in which the owners attempted to claim their magnificent turn-of-the century villa on Victor Bassili Street while the tenant sought to remain there in its capacity as a prestigious cultural entity of huge public benefit.

In accordance with the court ruling, a formal handover of the villa was carried out on 23 January 2022, in presence of prosecutors and police officers. Executing the handover were Atelier board members: artists Hany al-Sayed and Mohsen Abdel-Fattah; poet Gaber Bassiouny; and film-critic Samy Helmy; and representatives of the villa owners.

All legal and historic documents, as well as the marble plaque that bears the name “L’Atelier” were removed from the building and taken for safekeeping by one of the Atelier board members. But the large pieces such as an old, historic piano; oil paintings by pioneering artists; antique cinema screening devices; furnaces for burning ceramics; and other items had to remain in formal custody of the owners for two weeks. 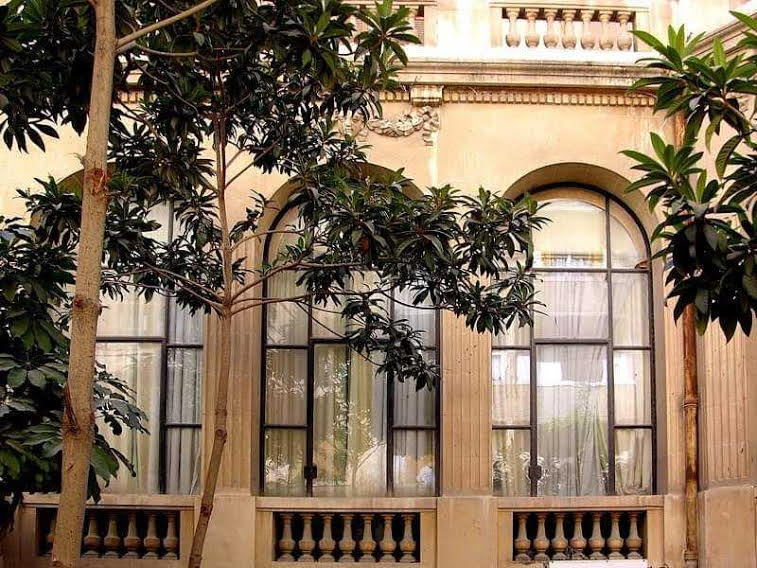 L’Atelier’s Samy Helmy could not hide his bitter disappointment at the manner in which the court ruling was executed. He told Watani that, contrary to the norm of a court ruling taking a few months to be implemented, this one was speedily executed “without even notifying us of the date of execution. We were taken unawares; we hadn’t even been given the time to make provision for some place to which to move the Atelier’s possessions.

“Given the great cultural value of the Altelier,” Mr Helmy continued, “we had been hoping for some compromise to resolve the villa issue. Alexandria Governor Muhammad al-Sherif had promised to give the Atelier an alternative adequate place that would allow it to go on with its cultural and artistic mission, but has so far not done so even though the governorate owns several such places in Downtown Alexandria.”

For 87 years, L’Atelier D’Alexandrie has been a name synonymous with culture and the fine arts, boasting among its sponsors and protégés figures through whom Egypt’s contemporary art movement was born and on whose shoulders its various schools flourished and thrived. 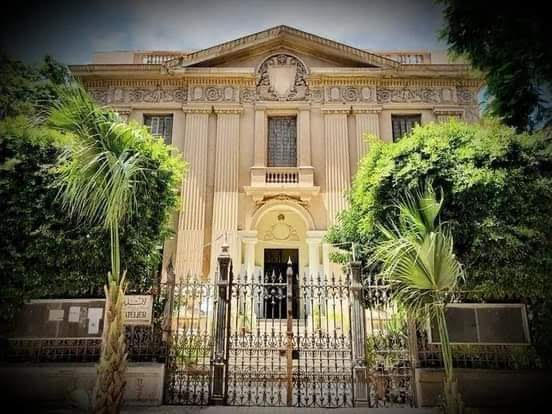 It has hosted on premises countless artists to work there and display their artworks in exhibitions of an eclectic choice of genres and works of painting, sculpture or installation. It has also organised conferences, debates and screenings of films by international producers. Its literary, cultural, and artistic activity has always been in perpetual movement.

Until execution of the recent court ruling, L’Atelier was housed in the magnificent villa on Victor Bassili Street. The villa was built in 1925 by Greek tycoon Nikola Tamvaco and later sold to the Alexandrian Syrian wood merchant Edward Karam who commissioned all the splendid wood panelling and floors that remain today.

In 1934, Karam sold the villa to Banco di Roma which rented it to the great artist Muhammad Nagy (1888 – 1956). Nagy was among the founders of the modern Egyptian art movement, and established the modern painting school of Egypt. In 1956, the Italian bank rented the villa to the Alexandria Atelier which remained there as tenant until its recent eviction; the villa meanwhile had changed hands among several owners.

Over the years, L’Atelier has created a space for connection between Egyptian and non-Egyptian painters, musicians, poets and writers. And the Egyptian masters who interacted with their counterparts from many places in the world came to impact generation after generation of people in Egypt. The Atelier thus has always represented a continuum of rich history and learning. Today, the prayer on the lips and hearts of Alexandrians goes: “May that continuum never be interrupted.”

For details on the Atelier, villa, and conflict: