43 years on his graduation: Pope Tawadros visits his Alma Mater

Pope Tawadros, who was last December honoured by his Alma Mater, Alexandria University, on its Diamond Jubilee [https://en.wataninet.com/coptic-affairs-coptic-affairs/coptic-affairs/pope-tawadros-honoured-by-alexandria-university/22476/] requested of the University to be allowed to visit the Faculty of Pharmacy from which he graduated in 1975. The Pope said he would like it to be a class reunion, and would also care to address the new generation of current Pharmacy students.

Essam al-Kurdi, President of Alexandria University, happily complied, and a visit was arranged for Sunday 21 January. Dr Kurdi was on hand to welcome the Pope; with him was Khadiga Ahmed Ismail, Dean of the Faculty of Pharmacy; professors at the Faculty; and Muhammad Onsi al-Shafei, head of the Pharmacists’ Syndicate in Alexandria. The Class of 1975 was there, as well as current students who all wished to meet the Pope as a prominent graduate of their college. The Pope was accompanied by Anba Pavli, General Bishop of Montazah Churches; as well as a number of priests. The meeting was at the old building of the Faculty of Pharmacy as the Pope wished; he also insisting on visiting the college library.

“Today,” Pope Tawadros said, “I come here filled with pride and gratitude to all who taught me.

“I remember my teachers with all due respect and appreciation; they taught me not only pharmaceutical sciences but numerous virtues in word, deed, and faithful advice.”

“My dream ever since I was six years old was to study Pharmacy,” the Pope recalled. “I lived with my family in the southern town of Sohag then and, whenever my father fell ill, my mother would let me run to the pharmacy close by for medicine. I felt that healing came from pharmacy, and I decided I would learn all about it.”

Pope Tawadros said the family later moved north to the West Delta town of Damanhour, and Wagih Sobhy, the man who is today Pope Tawadros, realised his dream and joined the Faculty of Pharmacy at Alexandria University. He graduated in 1975. Three years later he went back to college for postgraduate studies, then travelled to England for one year of further studies. Back in Egypt, he took a job at a pharmaceutical plant in Damanhour. “It was a period,” he said, “full of successes. In 1986, however, I decided to take orders; I joined Anba Bishoi Monastery in the Western Desert. There I spent two years as a novice then took my vows in 1988. It was God’s will that He should raise me from monk to priest to bishop; now I have been patriarch for five years.”

Back to talk about his university years, the Pope said his ties with his teachers and colleagues were never lost; they live on through mutual calls, messages, and visits.

Pope Tawadros reminisced about a few situations which he vividly remembers. He recalled Professor Yehia Abdel-Halim who, when he sensed during his lectures that his students had become strained and begun to wonder, would divert the talk to topics of general interest to relieve the stress. Once the scene was more relaxed, he would go back to his lecture.

There was also Dr Rashida Zaitoun who would help the students out if they got stuck during oral examinations. He joked about oral exams being the scourge of students.

“Teaching is a great job,” Pope Tawadros said, “It brings up generations and forms the future.”

The Lord has distinguished human beings with great faculties, the Pope said. “He gave us three H’s: the head which embodies the intellect that lights a person’s path; the hand that can create, draw, develop, and produce civilisation; and heart which should be pure before the Lord, filled with mercy, love and tolerance.” Addressing the college staff, he said: “It is you who fuse these faculties in the souls of students, and it is from you that young people draw intellectual, cultural, and scholarly aptitude.”

Pope Tawadros concluded his words by thanking his professors, Dr Kurdi, Dr Ismail, and all deans and department-heads, as well as members of his class and all other students, saying he wished them all success and progress.

Dr Kurdi delivered a speech in which he talked about Pope Tawadros who, he said, was a role model of faithfulness, and a prominent graduate of whom Alexandria University was proud. “He is a patriot in words and deeds,” the University President said, “who believes that Egypt will thrive through the love and unity of her Muslim and Christian sons and daughters. His words will forever ring in the hearts of Egyptians: ‘Egypt’s Copts live under the protection of God and also their Muslim fellow citizens’.”

The Pope presented Dr Kurdi, Dr Ismail, Dr Shafei, and his classmates with a number of gifts, including paintings done by artist nuns, and an icon of the Holy Family in Egypt, in the form of a book that carries the Egyptian flag. 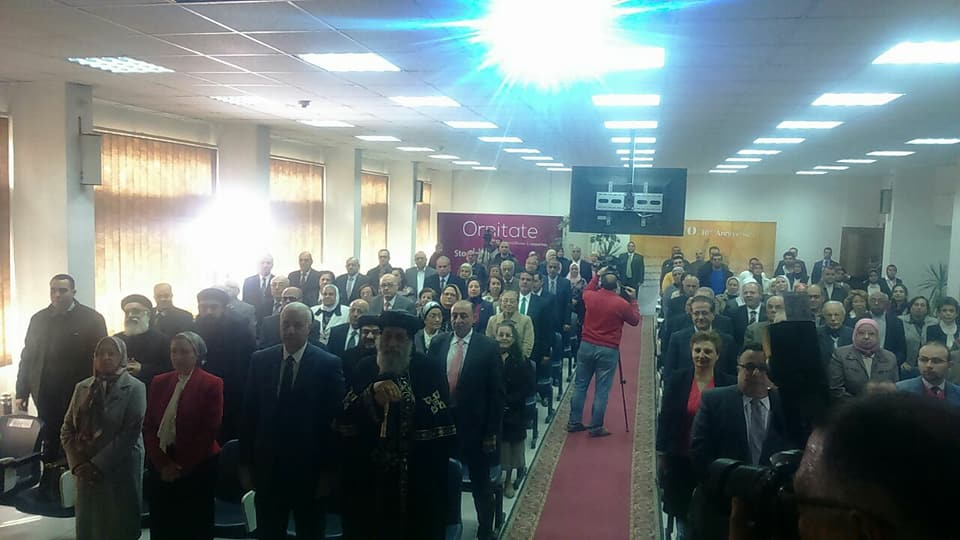 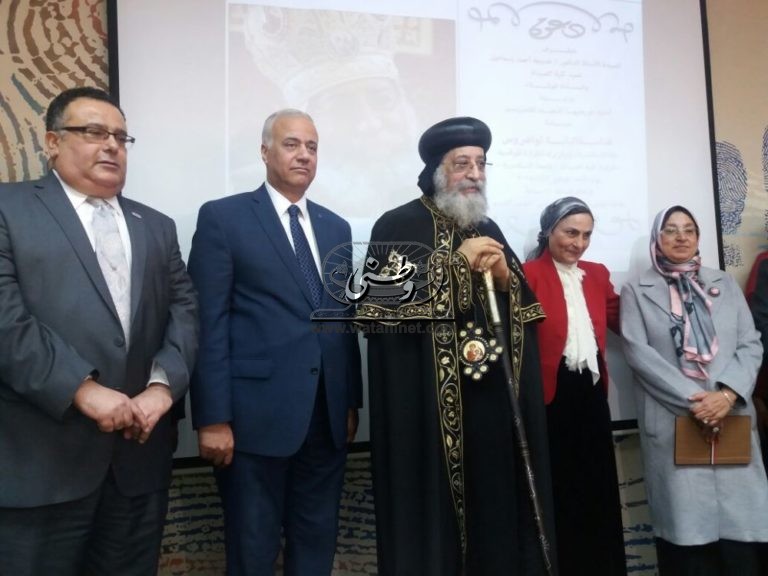 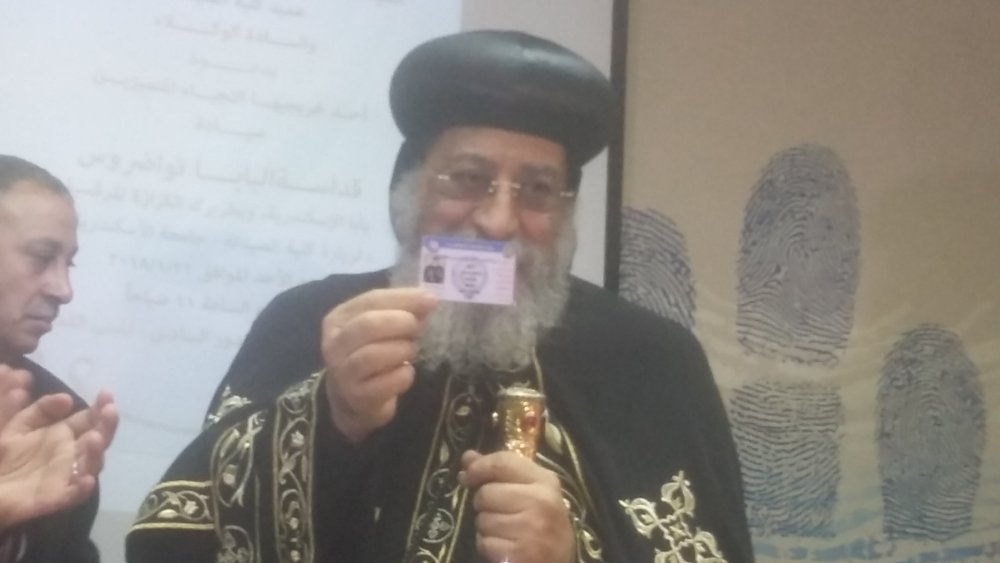 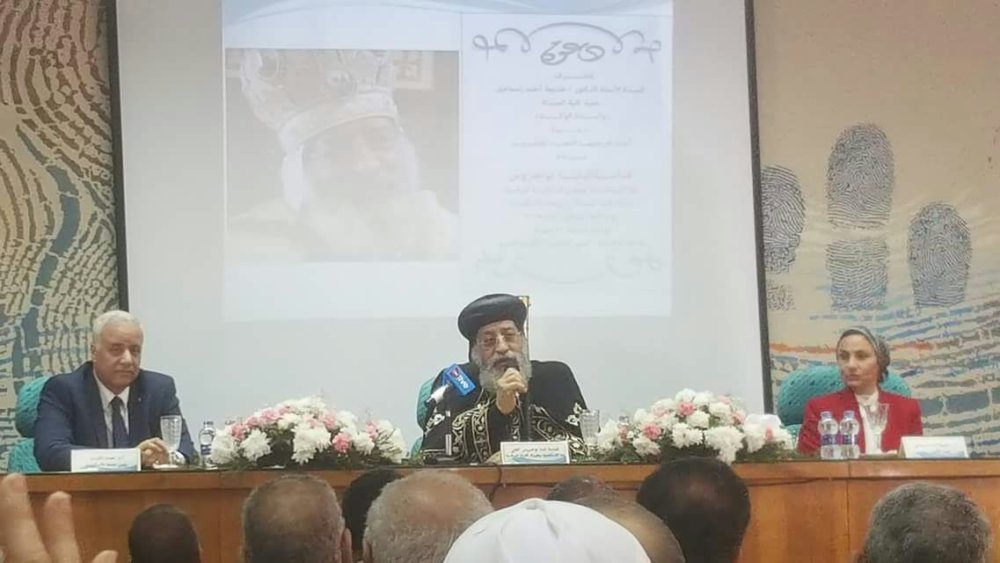 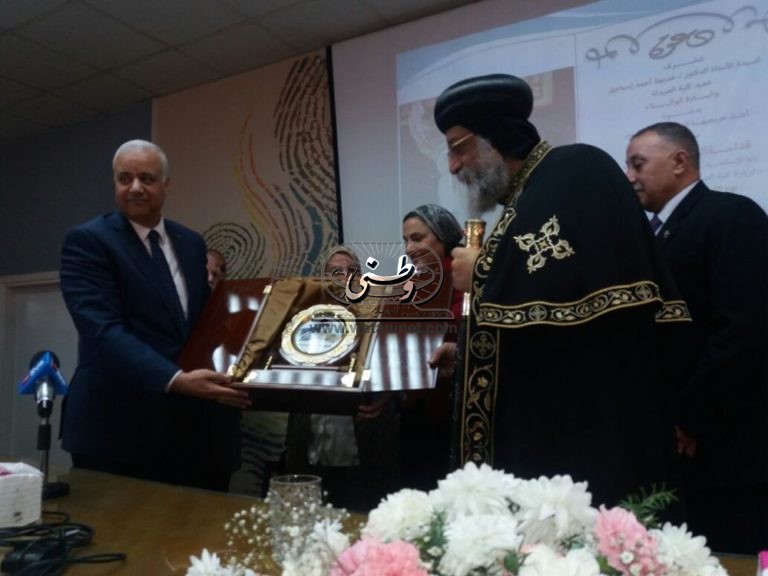 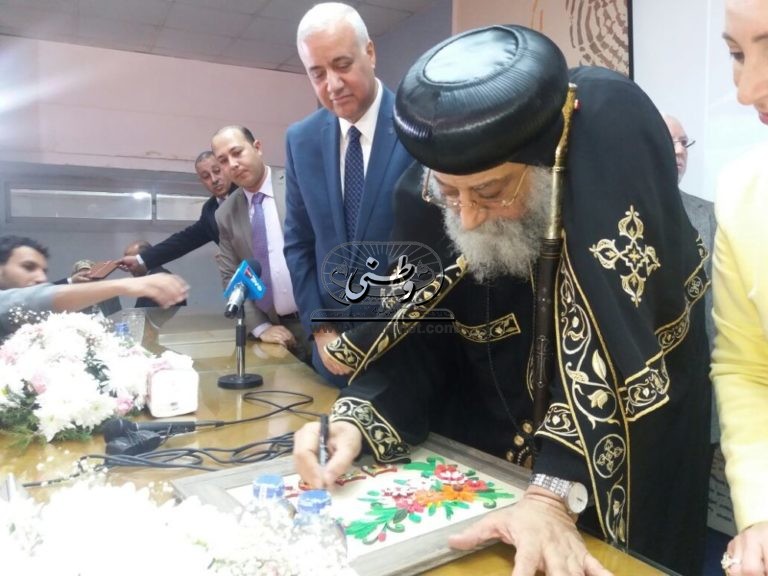 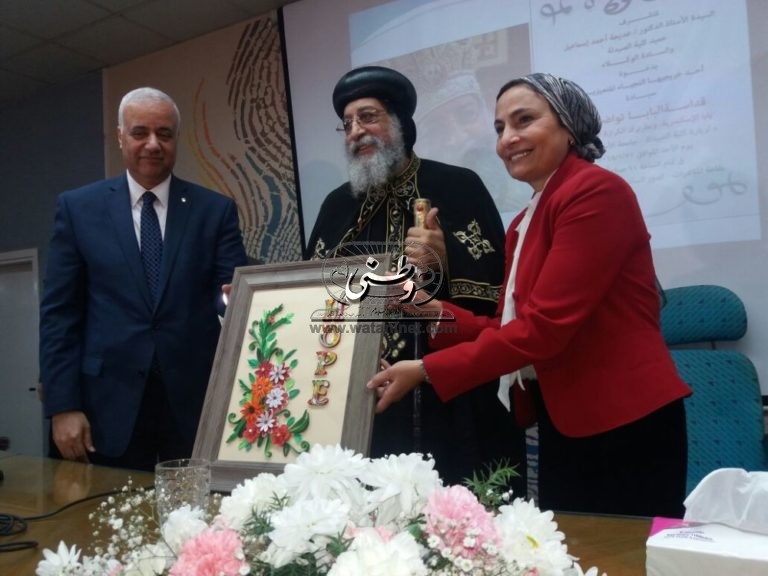 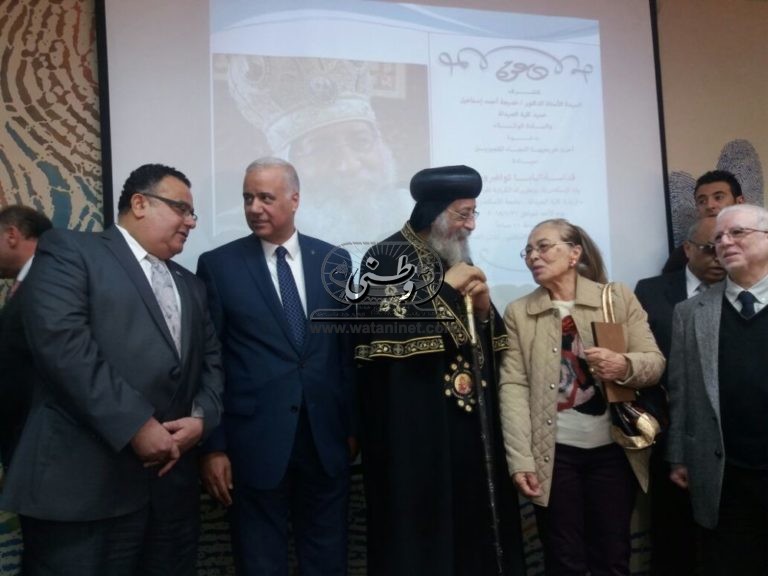 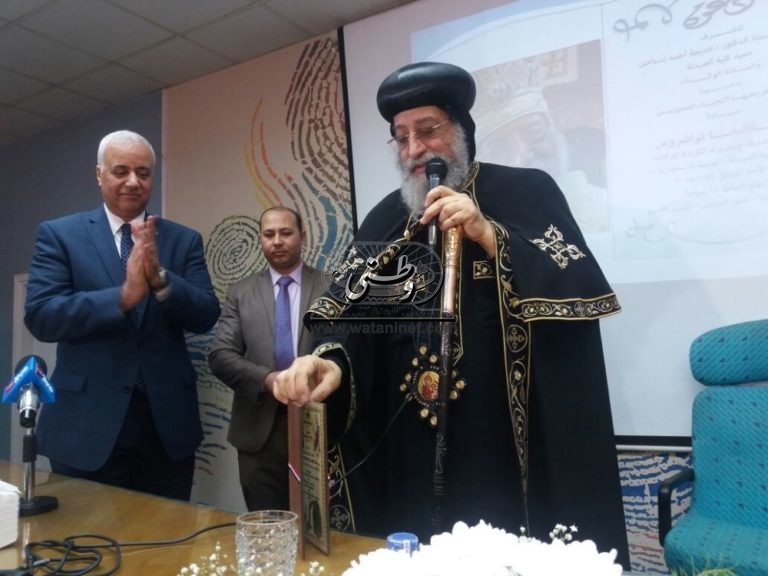 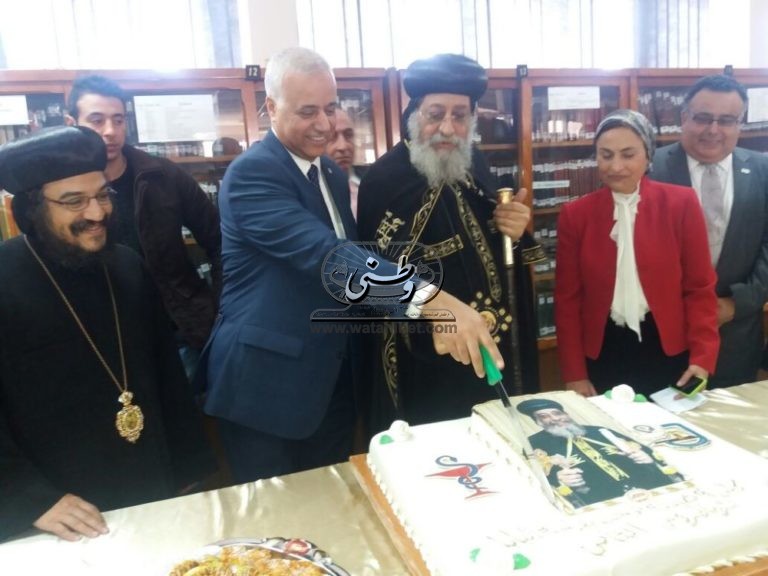 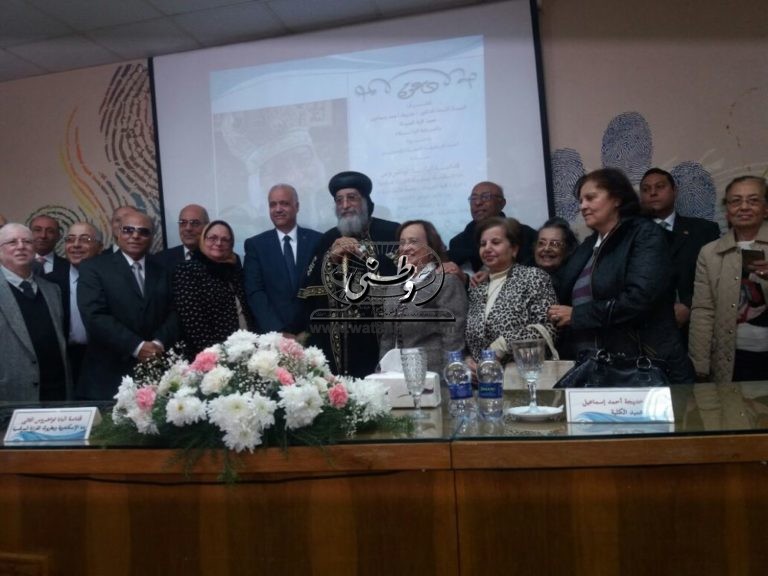 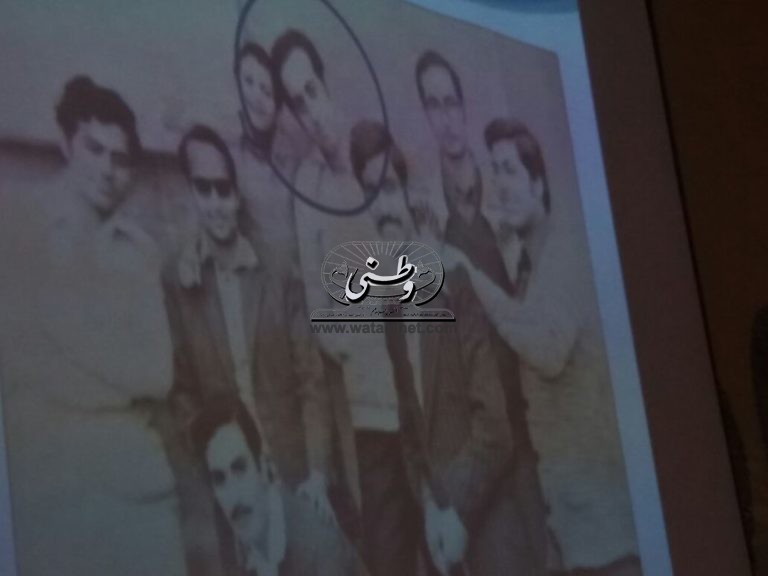 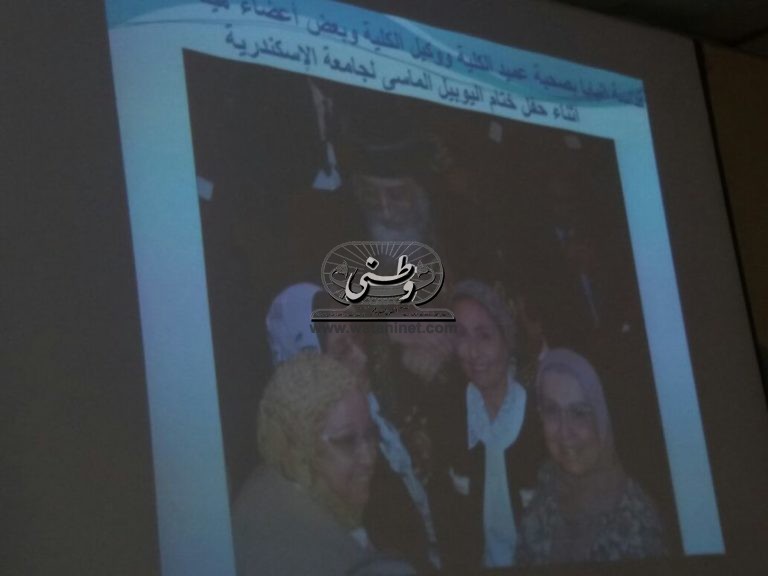