The Coptic Orthodox Diocese of Austria was established in 2000, with Anba Gabriel as bishop. It now serves some 15,000 Copts. 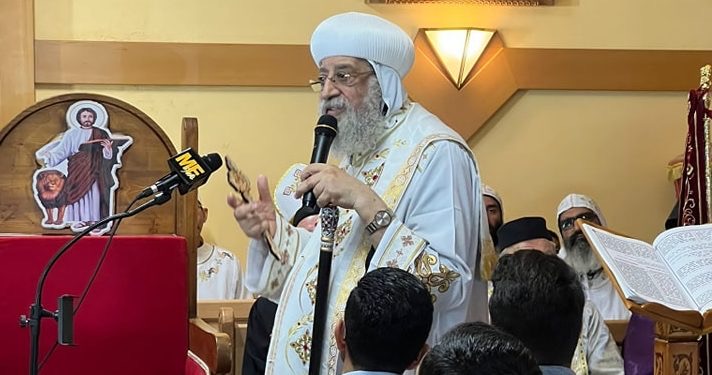 During his visit, Pope Tawadros presided over Mass on five different occasions, delivering homilies that related Bible teachings to modern day issues. He anointed a number of altars, one consecrated in the name of St Macarius the Great at the Coptic Orthodox Monastery of Anba Antonius in the Austrian village of Obersiebenbrunn; and two altars at the Covent of St Hannah in the village of Schönfeld, one consecrated to St Hannah and the other to St Barbara and St Yuliana. 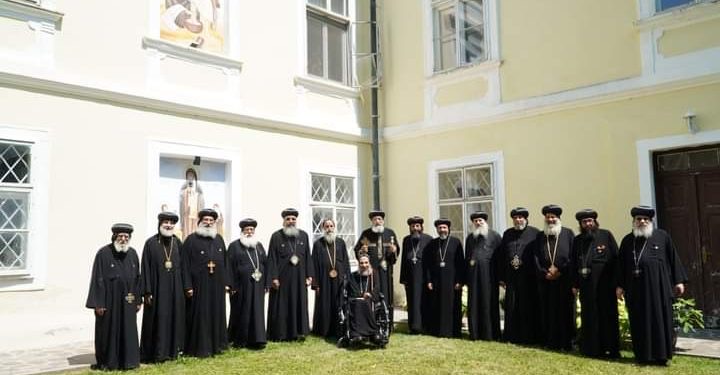 The Pope held several meetings with the congregation, bishops and pastors of Europe’s Coptic Orthodox dioceses, also with the Coptic priests together with their wives. 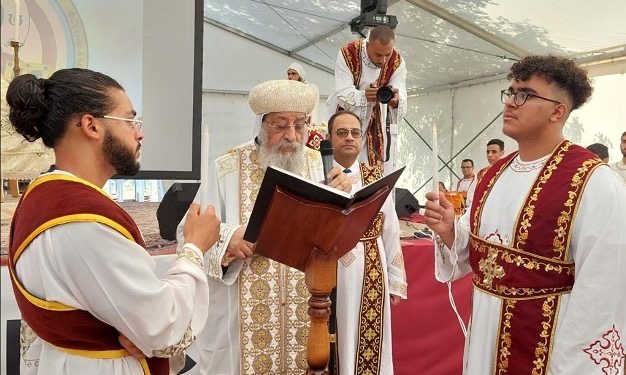 On the evening of Wednesday 20 July, Pope Tawadros held his weekly prayer meeting at the community centre of the church of the Two Saints Demiana and Abanoub in Vienna. He resumed his series of talks on the Christian family, which goes under the title “My Holy Family”; the talk was televised live. He spoke of the spirituality of each detail of the Coptic marriage ritual, stressing that it leads to a union in God, blessed by Him. The Coptic Orthodox Synod had declared last June that “My Holy Family” would be the theme of the Year June 2022 – June 2023. 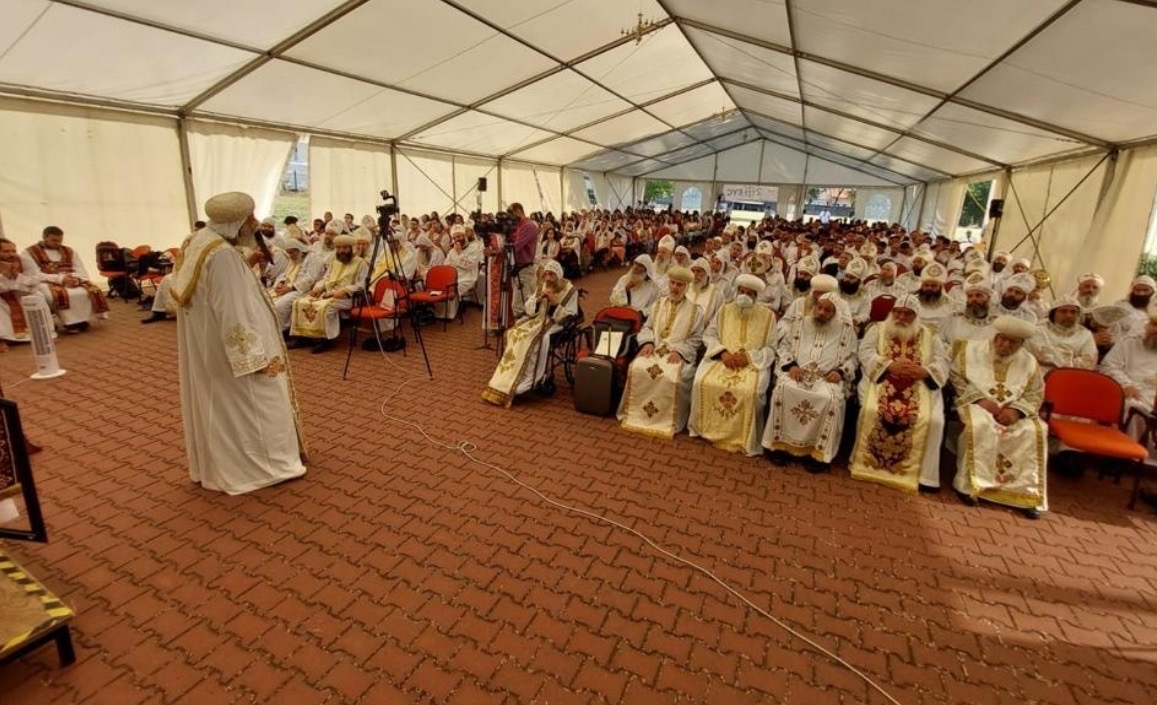 While in Vienna, Pope Tawadros attended the opening and closing of the 20th European Youth Conference, which was held over three days at the Monastery of Anba Antonius under the theme “My Church is my mother”. Some 380 Coptic young men and women from all over Europe participated in the conference, along with 15 bishops and 53 priests. 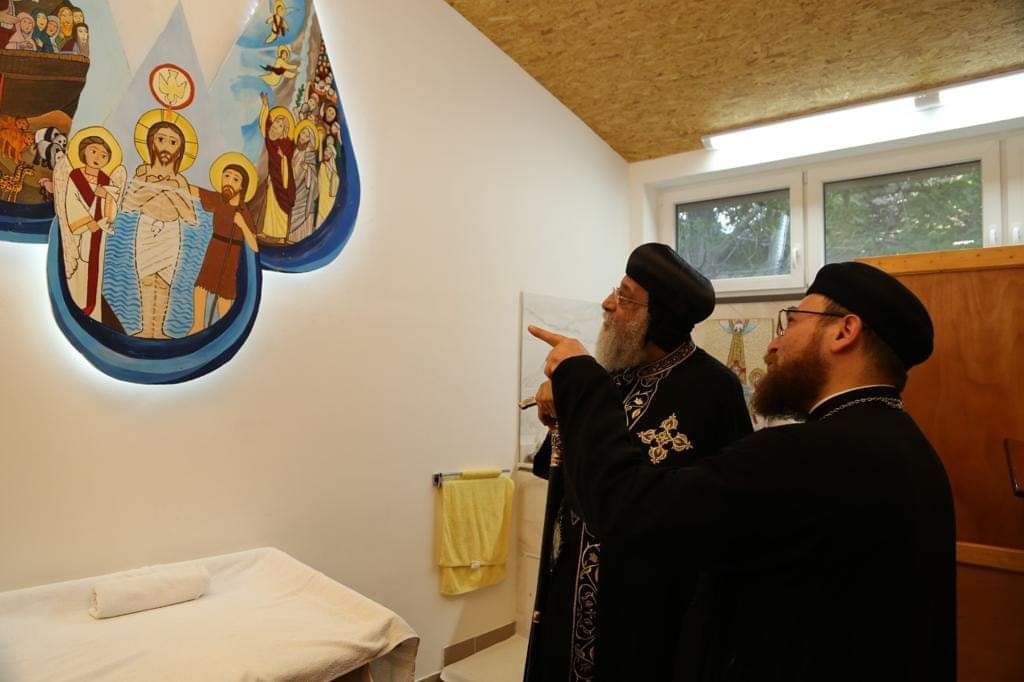 On the official level, Egyptian Ambassador to Vienna Mohamed al-Molla held a reception in the Pope’s honour at the Egyptian Embassy in Vienna. Among the attendants was Ghada Waly, Executive Director of the UN Office at Vienna and UN Office on Drugs and Crime since 2020, and previous Minister of Social Solidarity in Egypt in 2014 – 2019. 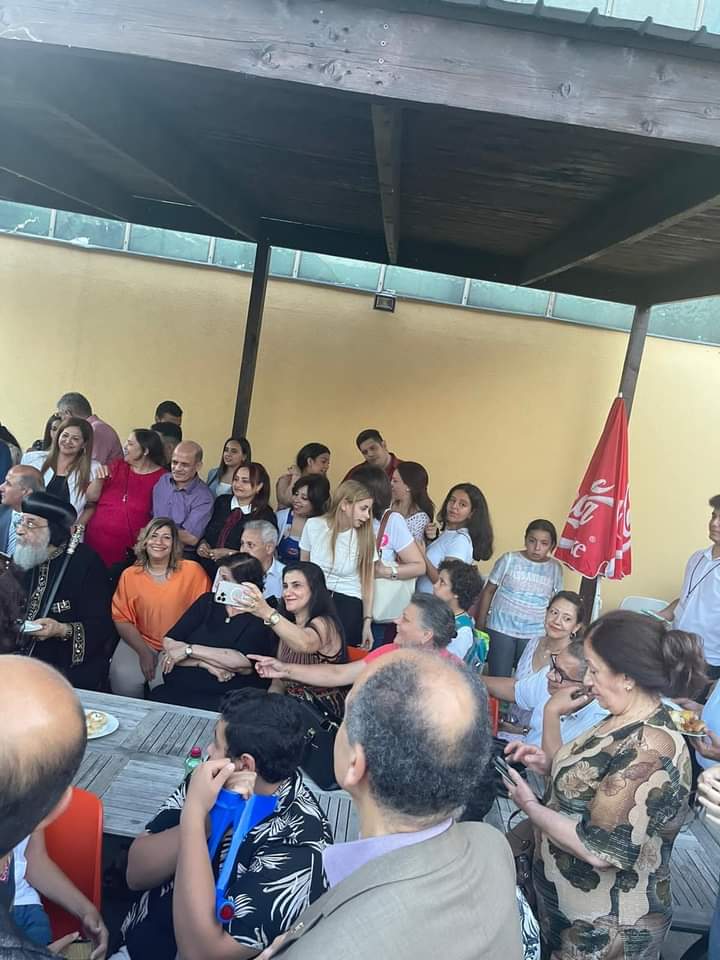 In his exceptionally graceful handwriting, Pope Tawadros wrote a word in the Embassy’s guest book. Under the tile “Love never fails” he thanked the ambassador and his wife and guests. 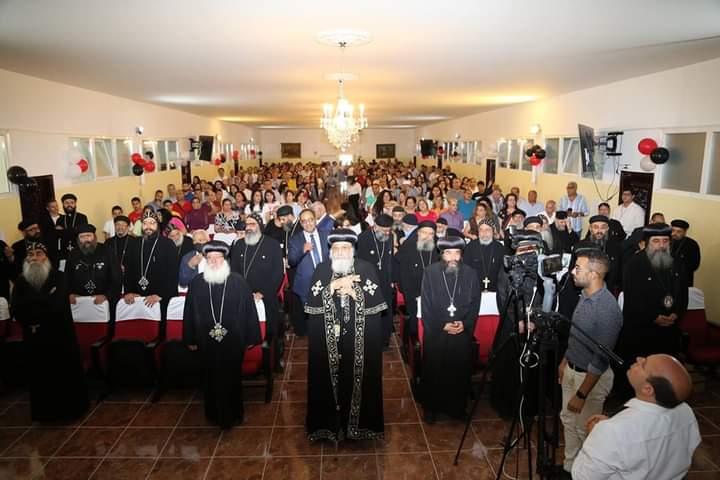 Mr Molla had been at Vienna Airport to receive Pope Tawadros, and bade him farewell to Cairo today. 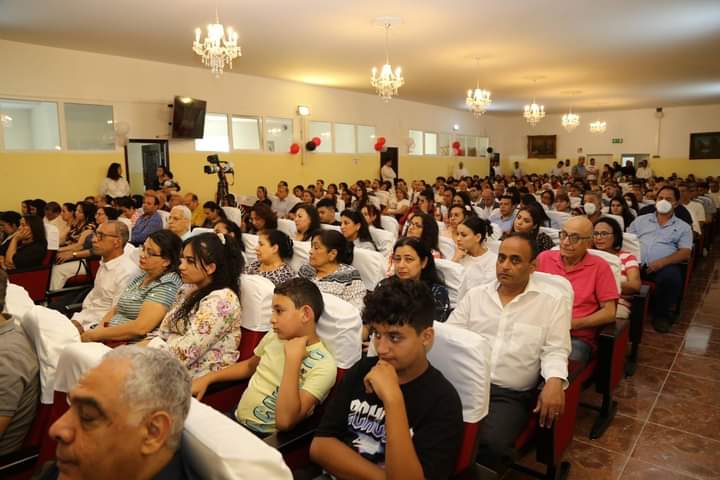 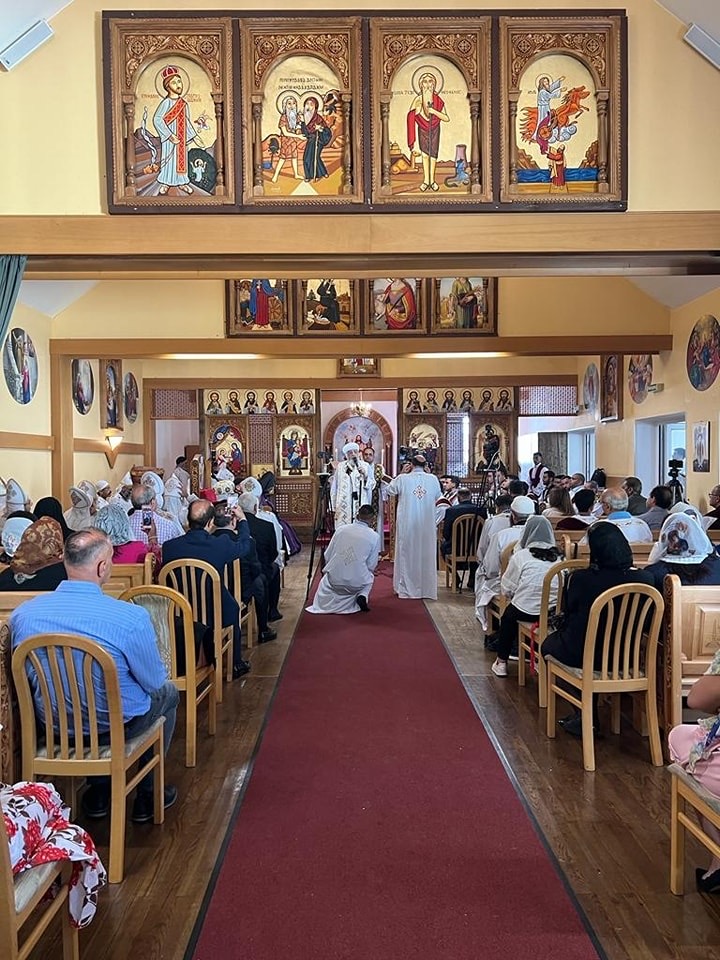 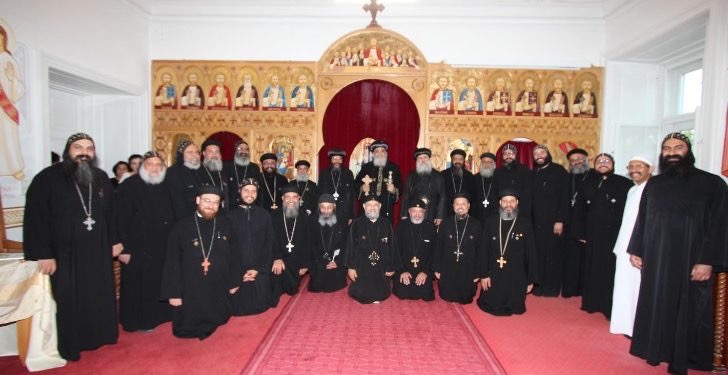 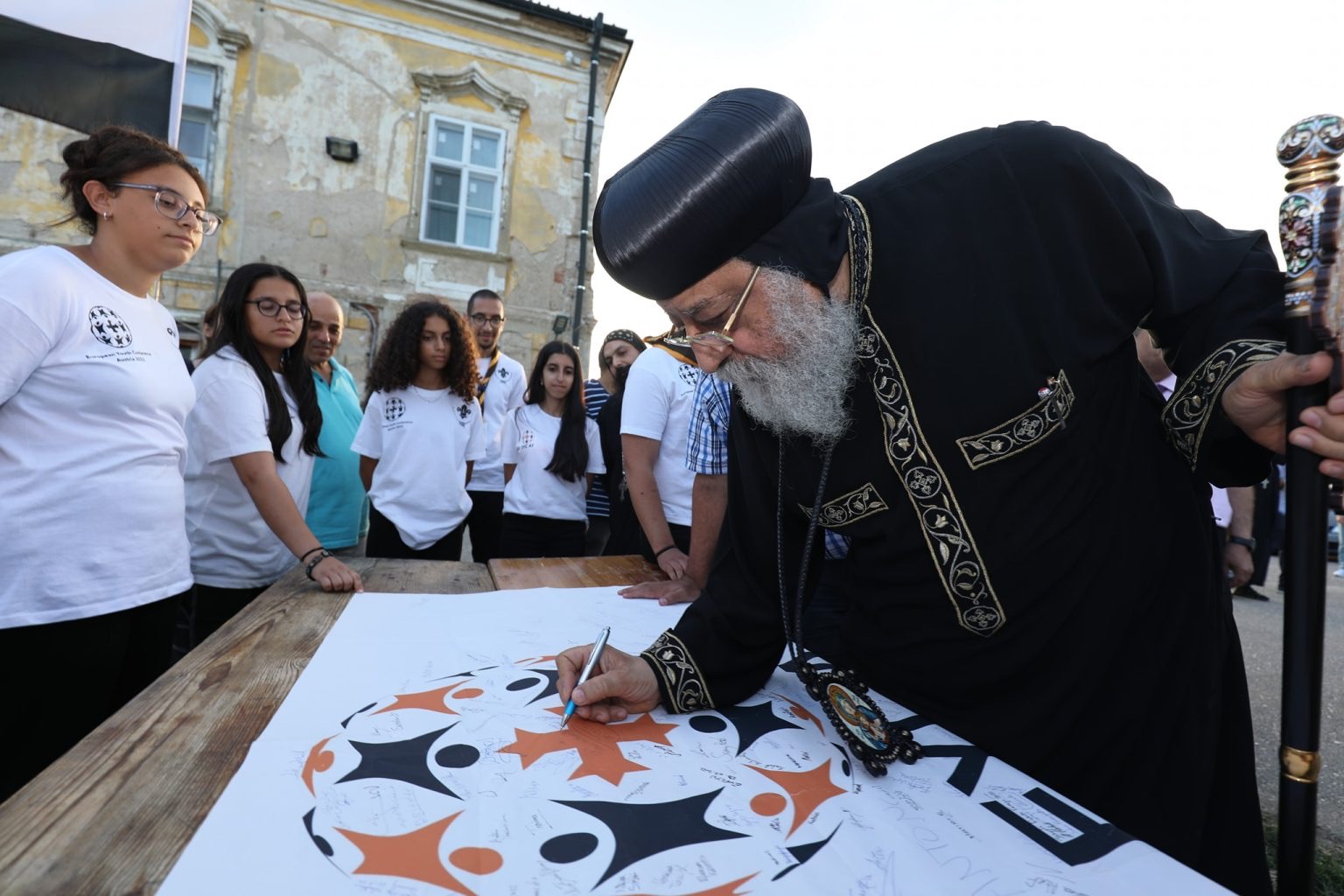 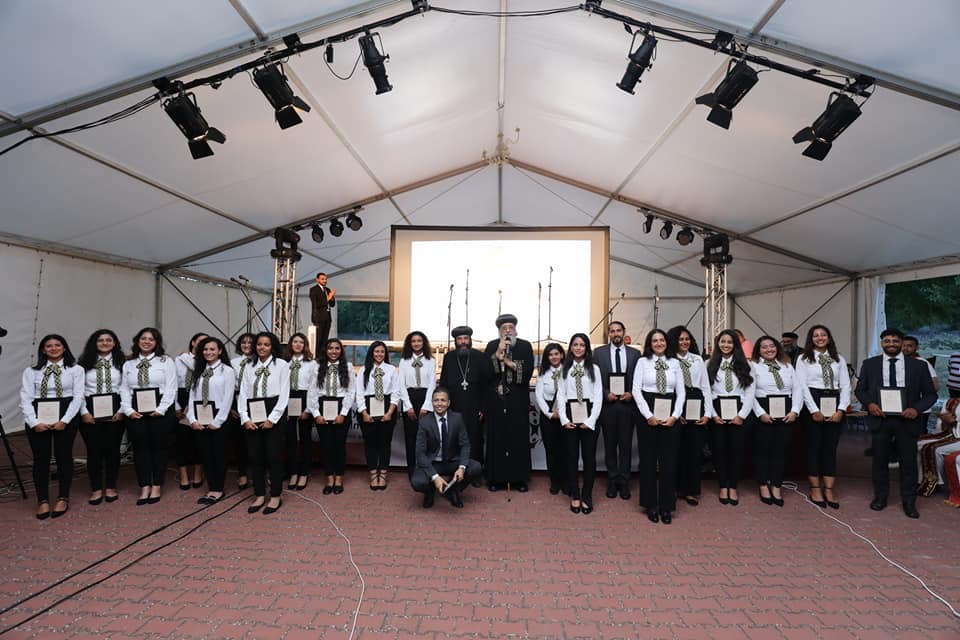