President Abdel-Fattah al-Sisi received on Monday 28 March at the presidential palace French Minister of Economy and Finance Bruno Le Maire who is on official visit to Egypt. Attending the meeting were Prime Minister Mostafa Madbouly, Minister of Finance, Mohamed Maait, Minister of Communication and Information Technology, Amr Talaat, and Minister of Trade and Industry Nevine Gamea. 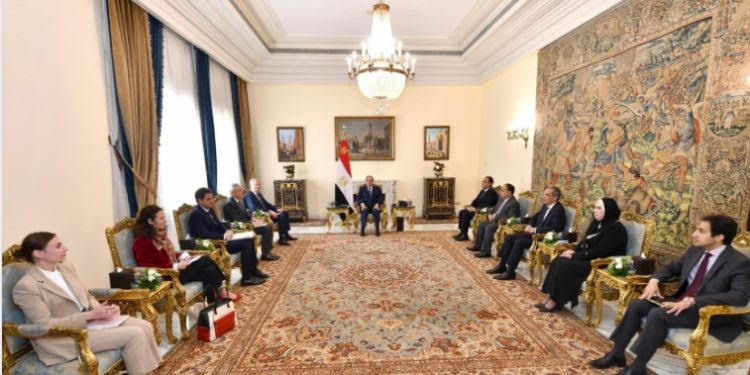 Bassam Radi, spokesperson of the Egyptian presidency, said that President Sisi explained to Mr Le Maire the high priority of economic cooperation with France, and expressed aspirations to enhance and develop such prospects. Mr Le Maire stressed the keenness of France to boost cooperation with the Egyptian government in various fields that would benefit the ongoing development process in Egypt. He described his current visit to Egypt as “the true beginning for the actual implementation of the big projects that figured in the comprehensive financing package signed between the two countries in June 2021”. 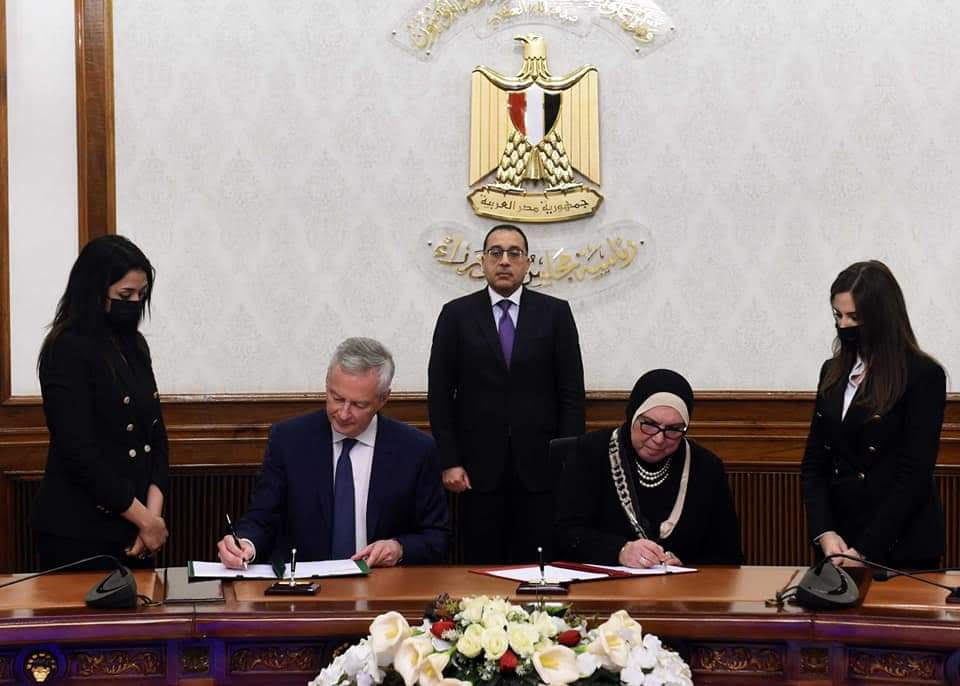 While in Egypt, Mr Le Maire signed on behalf of his government a declaration of intent with the Egyptian Ministry of Trade and Industry, to enhance economic, industrial, commercial and investment cooperation between Egypt and France. Prime Minister Madbouly was present at the signing of the declaration by Mr Le Maire, and Egyptian Minister of Trade and Industry Nevine Gamea. The declaration stipulates the formation of a platform of cooperation and consultancy on economic development and industrial production, enabling Egypt and France to engage in joint investment, enhance scientific and technological cooperation, develop companies in key emerging sectors, stimulate innovation and economic development, and create job opportunities. 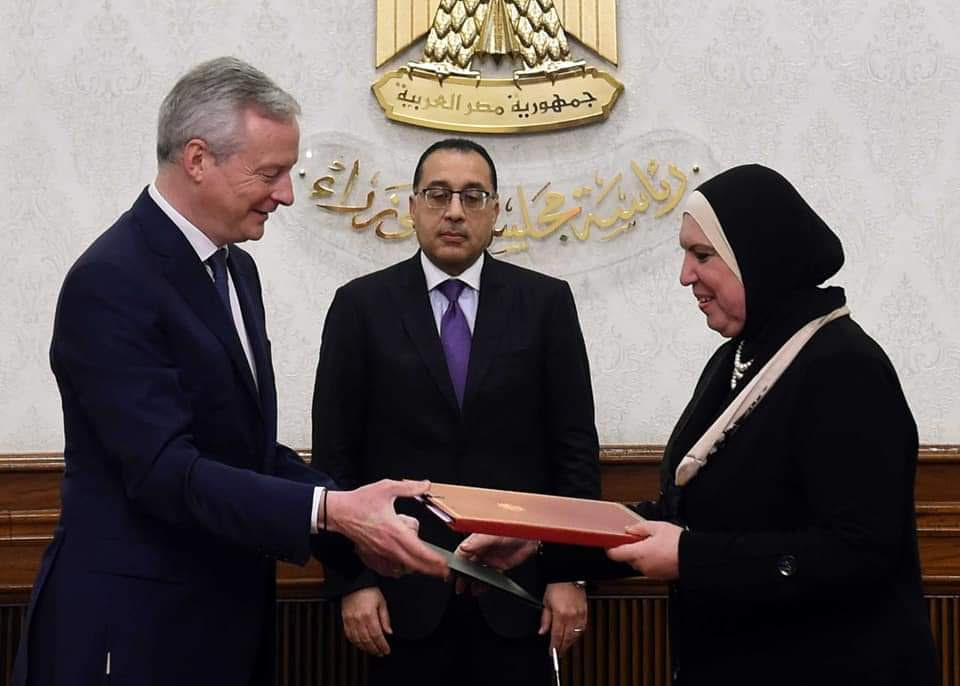 A memorandum of understanding was signed between the two countries regarding railway systems, railway works and the manufacture and supply of mobile units for Line Six of the Cairo Metro. The MoU was signed between the National Authority for Tunnels, represented by its CEO Essam Wali, and a French alliance led by Alstom, and represented by Andrew Dillon, Regional President for Africa, Middle East and Central Asia. Present at the signing were Mr Madbouly, Mr Le Maire, Egyptian Minister of Transport, Lieutenant General Kamel al-Wazir, and Rami Salaheddine, Chairman of Alstom Egypt for Transportation Ventures. 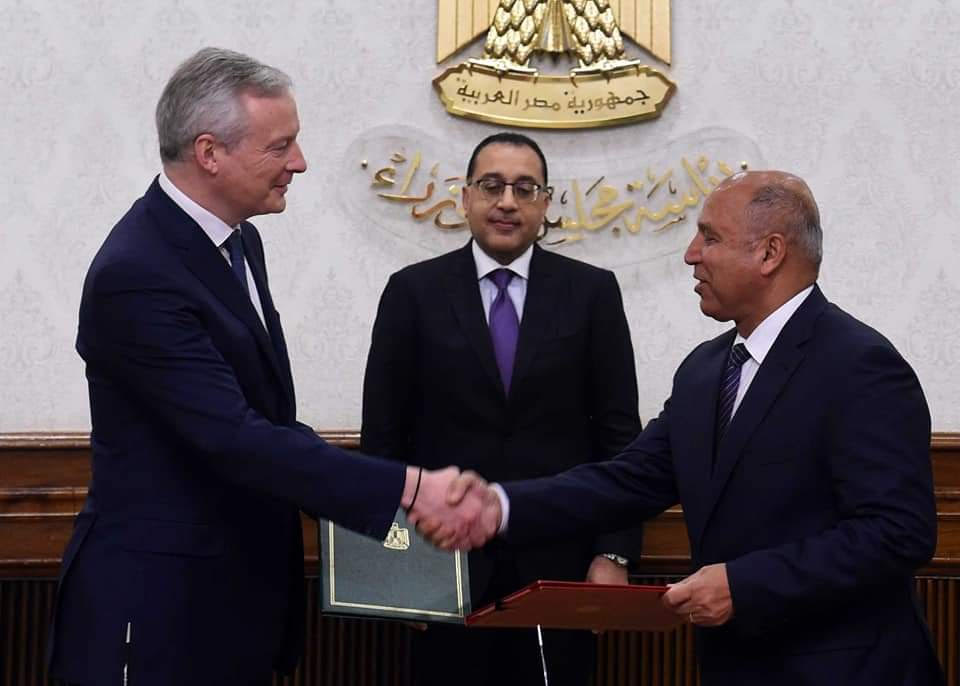 According to Minister Wazir, the Egyptian political leadership is keen to complete the implementation of the Cairo Metro project the building of which started in 1983, and operation in 1987. He said that international green standards are dominant in the eco-friendly project. He explained that the sixth line will operate in parallel to the first line, “the backbone” of Cairo Metro, to relieve pressure on the other lines. It will cover 35 km in Greater Cairo, and is expected to transport 1.4 million passengers daily.

Another agreement was signed to finance the manufacture and supply of 55 air-conditioned trains for the first metro line. The contract was signed by Lieutenant General Wazir and the Mr Le Maire. The 776.9 million Euro project includes maintenance works for eight years. Alstom will execute the project the loan period of which is 40 years, including a 15 year grace period and 25 years of easy repayment at 0.0092 per cent interest. The Egyptian government will contribute EGP1.83 billion to the project, with the locally manufactured component standing at 13.3 per cent through SEMAF factory. 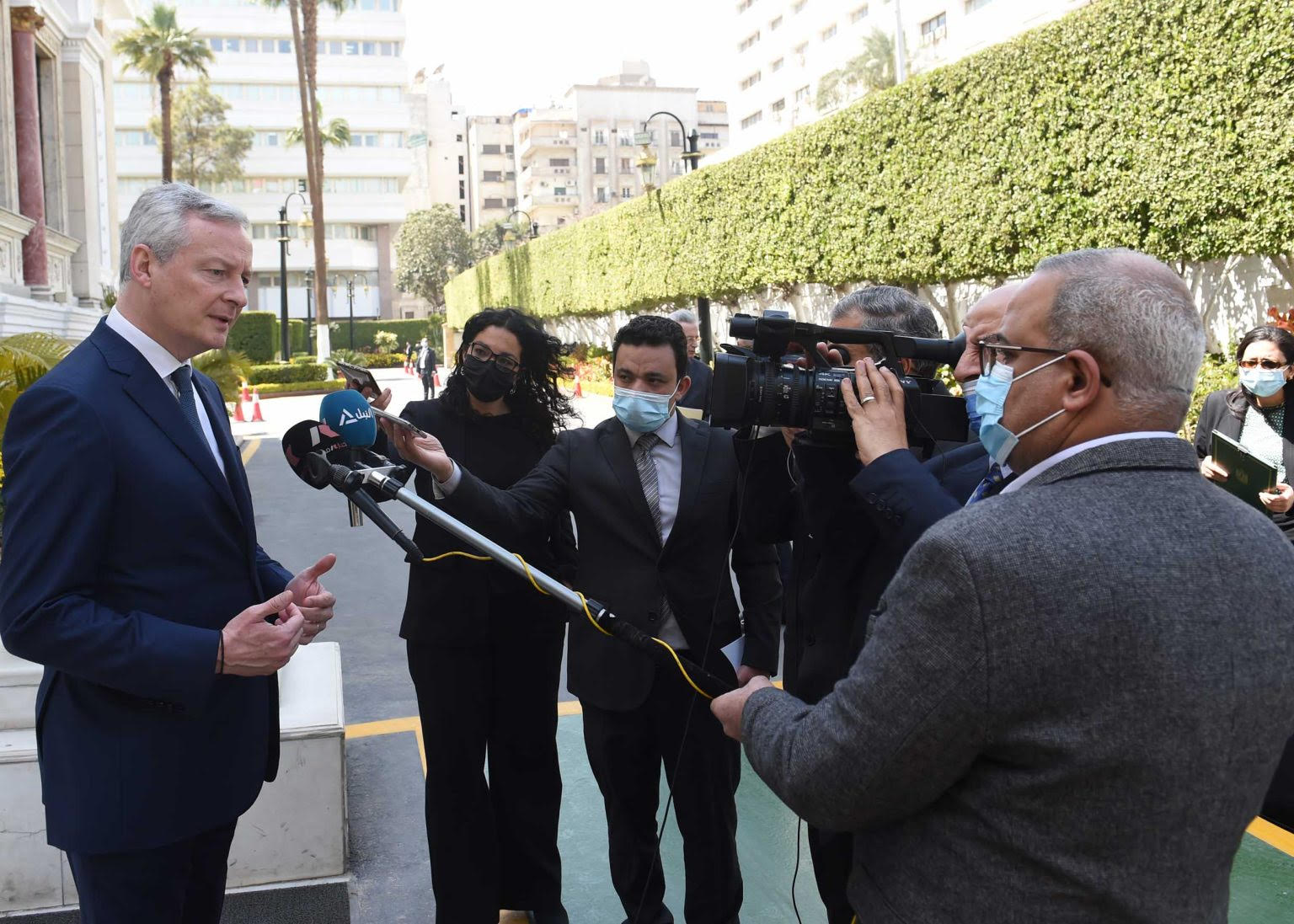 Talking to the press at the headquarters of the Egyptian Cabinet, Mr Le Maire said that President Emmanuel Macron and the French government are keen to stand by Egypt and support her, especially in the wake of the repercussions of the current global crisis on commodity prices and decreasing wheat availability on global markets. 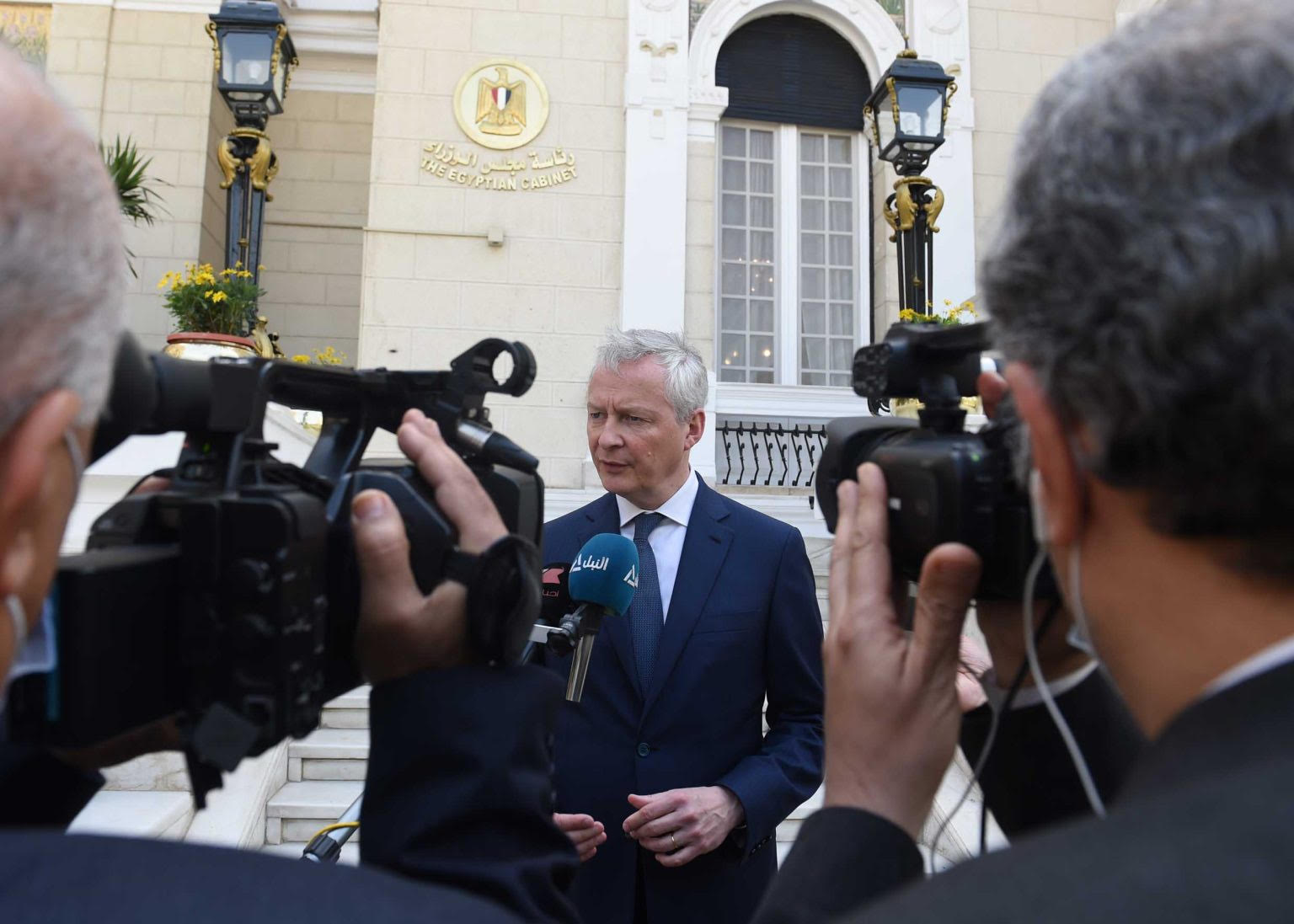