Alexandria University has recently opened its Coptic Studies Institute, the first of its kind in Egypt, In cooperation with the Coptic Orthodox Church. With the help of the Church, the building housing the institute was designed in the Coptic architectural style, similar to old Coptic churches.

Damanhour University in the capital city of Beheira, west of the Nile Delta, has also opened a Coptology department in its Faculty of Arts. Anba Pachomius, Coptic Metropolitan of Beheira and Matrouh, was present at the opening. The Coptic era covers the time from the first AD century to the eighth.

Recently, global interest in Coptology has peaked. Google had added the Coptic language to its search engine keyboard. During the 2019 Africa Cup of Nations championship held in Egypt, fans in Cairo stadium raised a banner inscribed with “Long Live Egypt” in Coptic. And news of developing sites trodden by the Holy Family (Baby Jesus, St Mary, and St Joseph) on their Biblical journey in Egypt gain wide interest and readership.

Anba Pavli, Bishop of Montazah in Alexandria, told Watani that the building designed by the Coptic Church to house the Coptic Studies includes replicas of eight old Coptic paintings, while the ceiling is painted in blue, symbolising ‘Heaven’. It is decorated with classic Coptic woodwork of crosses and vine branches, and tombstone motifs of the Coptic era.

According to Samah al-Sawi, Professor of Coptic Archaeology at Damanhour University, the University’s Coptic centre will offer graduate studies in three fields: Coptic archaeology; Coptic history and civilisation; and Coptic languages and arts. Students may work for a diploma, Masters or PhD degrees. “Students who want to study at the Coptic centre,” she said, “must have graduated with hight marks from one of the Egyptian universities.”

Dr Sawi noted that Damanhour University already held last month its first Coptic Studies Conference, organised by its Faculty of Arts, as well as a number of workshops.

She said that the university was in the process of drafting the bylaws to regulate its work.

Dr Sawi told Watani that a protocol of twinship has been signed with Anba Thomas, Bishop of Qoussiya in Assiut, some 350km south of Cairo, to make Coptic studies accessible to students in Upper Egypt. 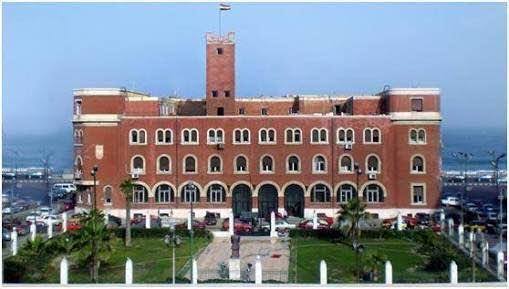 Coptic Studies have been gaining interest among academic circles in Egypt in recent years, after centuries of absolute disregard. The Bibliotheca Alexandrina (BA) established one of the first and most robust centres of Coptic Studies in Egypt in 2013, but EgyptIan universities lagged behind; not one boasted such a centre or department. In April 2019, Fayoum University’s Faculty of Antiquities held its first conference on Coptic antiquities, jointly with the BA’s Centre of Coptic Studies, with participation of Anba Abra’am, Bishop of Fayoum, who is a PhD in History. The university highlighted its work on Coptic archaeology and antiquities in Fayoum, some 100km southwest Cairo, a region rich in Coptic heritage. The conference, which saw the participation of 62 research papers from Egypt, Russia, and Japan, recommended the establishment of Coptic Studies centres or departments in Egyptian universities.