This February 2018 marks the 28th year in succession since miraculous oil started dripping from a large modern paper icon of St Mary, Our Lady of Zaitoun (1.5m x 0.5m), in the church of the Holy Virgin and Anba Bishoi in Port Said. The church had been originally named after Anba Bishoi till the holy oil began dripping in1990, after which it was spontaneously given the name “church of the Holy Virgin and Anba Bishoi”. Christians from all over Egypt, and from other places in the world, flock to the church for the blessings of the oil. 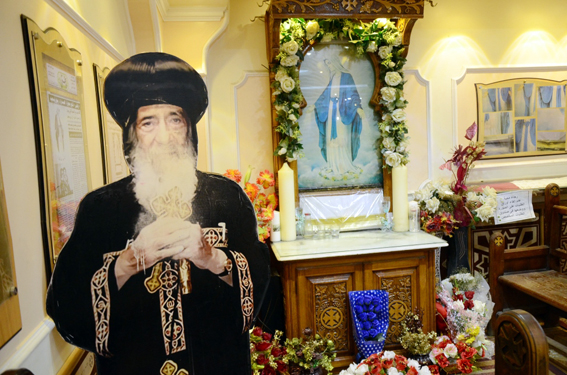 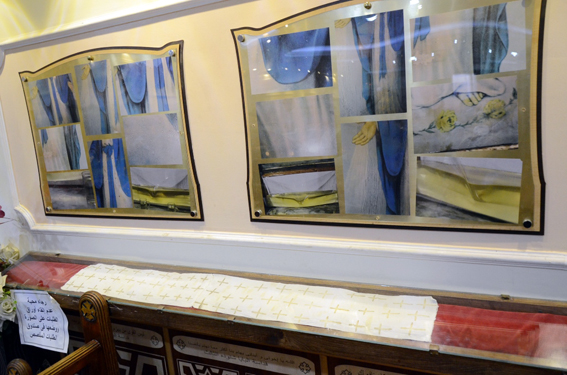 “The story goes back to 1990,” Fr Ermiya said, “when a Port Said woman named Samia Youssef suffered from vicious lung cancer. The Holy Virgin appeared to Ms Youssef in a dream, accompanied by Anba Bishoi, a Coptic 4th-century monk who was a saint famous for having carried the Lord Jesus Christ and washed His feet, and other saints. Ms Youssef says the Holy Virgin and the saints operated on her, and she was totally cured. Even though she had never been a churchgoer, was a chain smoker, and lived a frivolous life, she felt a strong urge to go to church. 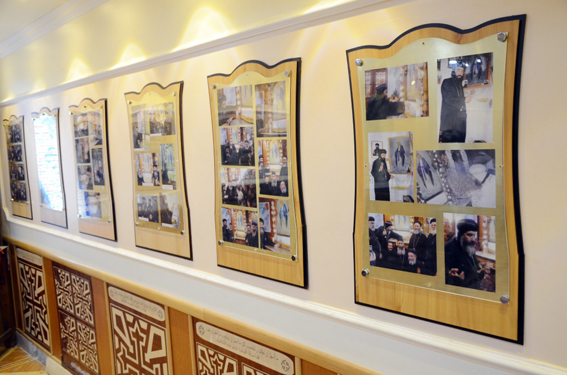 She went, and it happened that the priest was delivering a sermon on repentance. She broke into tears, and prayed fervently asking for the intercession of the Holy Virgin. 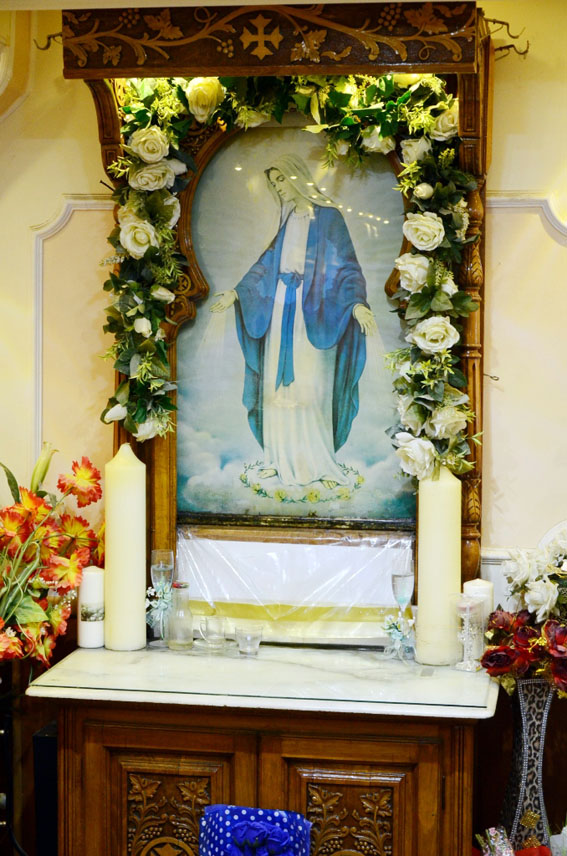 “The Virgin’s Apparition icon was in the home of Ms Youssef. Oil started dripping from the icon then, so she directly took it to the church. That was in February 1990. 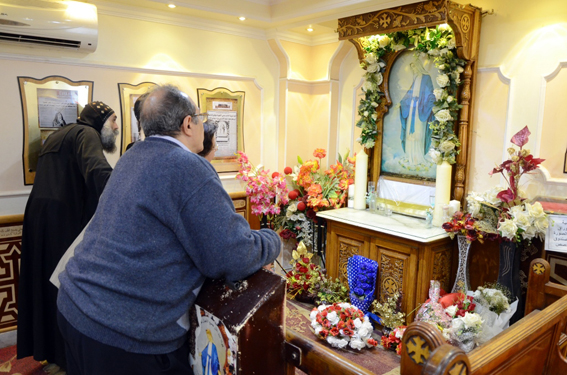 Fr Ermiya says the oil drips from mid-February every year, and continues to drip till the end of the following January, after which it resumes dripping. 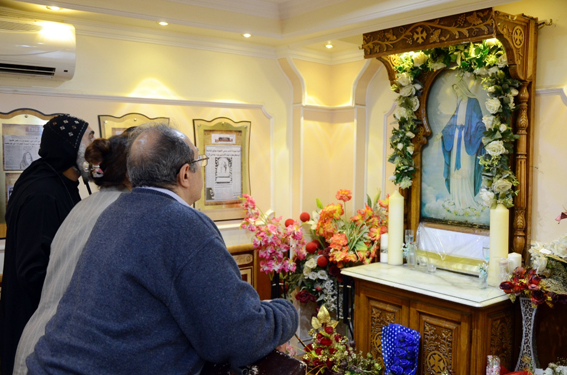 In the meantime, Anba Tadros, Bishop of Port Said, prepares for the upcoming drip by setting up a new plastic bag below the icon to collect the oil which is then packed in small vials and distributed among the congregation.

“There are other churches all over the world where oil drips from icons of the Holy Virgin,” Fr Ermiya notes. “But non of them saw the oil drip for 28 successive years as from the icon at the Church of in Port Said.” Thousands of people from Europe, Ethiopia, Canada and the US have visited the church for the miraculous oil and the blessings it brings.

Only last week a group of Ethiopian pilgrims paid a visit to the church of the Holy Virgin and Anba Bishoi in Port for the blessings of the dripping oil. They held their traditional prayer and praise sessions to the wonder of all the attendant congregation who loved the hymns chanted in the Ethiopian language. They let the church’s priests anoint them with the miraculous oil, and went back home carrying vials of the oil. 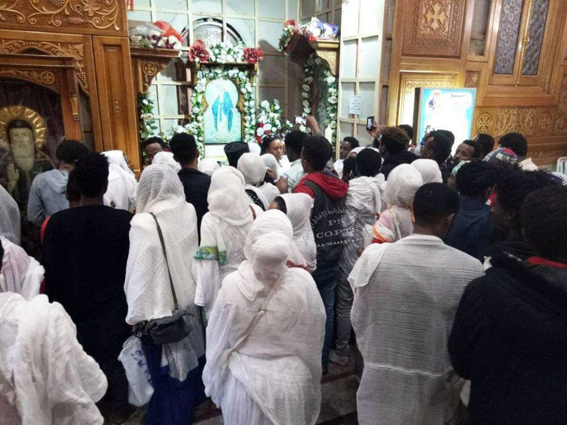