Egypt’s Ministry of Environment launched on 7 April a national campaign for the safe disposal of electronic waste, through E-Tadweer application. E-Tadweer was set up to help people dispose of their electronic waste in exchange for incentives and discount vouchers.

The event launching the application and campaign for safe disposal witnessed the signing of protocols of cooperation between the Ministry of Environment on one part and, on the other part business partners who support the initiative through offering incentives and discount vouchers to users of the E-Tadweer app, and also promote awareness through social media platforms regarding the safe disposal of electronic waste.

Ms Fouad explained that Egypt generates 90,000 tons of electronic waste per year, 23 per cent of which come from the household sector. She said that the campaign for safe disposal of electronic waste aims at reducing health concerns that could ensue from electronic waste, to create job opportunities and to offer tangible examples for green and recycling economy. Ms Fouad said that the government is working on building a comprehensive system for electronic waste. She pointed out that a waste town is being constructed in the east Cairo satellite town of 10th of Ramadan; it will include a sector for hazardous waste.

Ms Fouad pointed at the imperativeness of officially including the non-official waste sector, especially now that the law requires all those working in the field to acquire professional licenses.

On the other hand, Ms Fouad praised the support given to the environment file by both President Abdel-Fattah al-Sisi and Prime Minister Mostafa Madbouly. She said that three years ago the government put the development of the environment sector among its priorities. This development is being addressed through two axes, she explained, one is working on reducing levels of pollution and the second is working on preserving natural resources.

The Minister of Environment said that the ministry tries to involve youth in its initiatives and to join hands with the private sector to increase awareness of environmental issues.

UNDP Resident Representative praised the efforts of the Ministry of Environment, and congratulated it for the launch of the campaign and the electronic application E-Tadweer. Ms Aboul-Hassan particularly commended the cooperation between the government, the UN, the civil society and the private sector on environmental issues.

According to Tarek al-Araby, Director of the Ministry of Environment’s Medical and Electronic Waste Project, the private sector is the largest generator of e-waste, followed by households then the government sector. He pointed out that the government and private sectors should answer to the law; they should hand in their e-waste to official recycling e-waste factories, recognised by the government. As for household e-waste, which Dr Fouad confirms stands at 23 per cent of total e-waste, Mr Araby said that in the past and until recently it has represented a serious challenge. He explained that household e-waste used to be disposed of through unofficial channels; these channels used to take the parts it needed and discard the hazardous components in regular garbage dumps, which negatively impacted health and environment. Accordingly, hazardous wastes were left in accessible dumps, instead of being properly disposed of. Mr Araby explained that among the major objectives of the newly launched campaign is to ensure that e-waste that are generated by individuals is discarded properly.

Vodafone Egypt CEO, Mohamed AbdAllah explained that Vodafone strongly supports E-Tadweer. Vodafone is working as the technical arm of the Ministry of Environment in what concerns the implementation of the application. In addition to that, Mr Abdullah said, some Vodafone shops will provide the service of safely collecting e-waste. To begin with, Vodafone is contributing 10 tons of e-waste in support of the initiative, its CEO said. 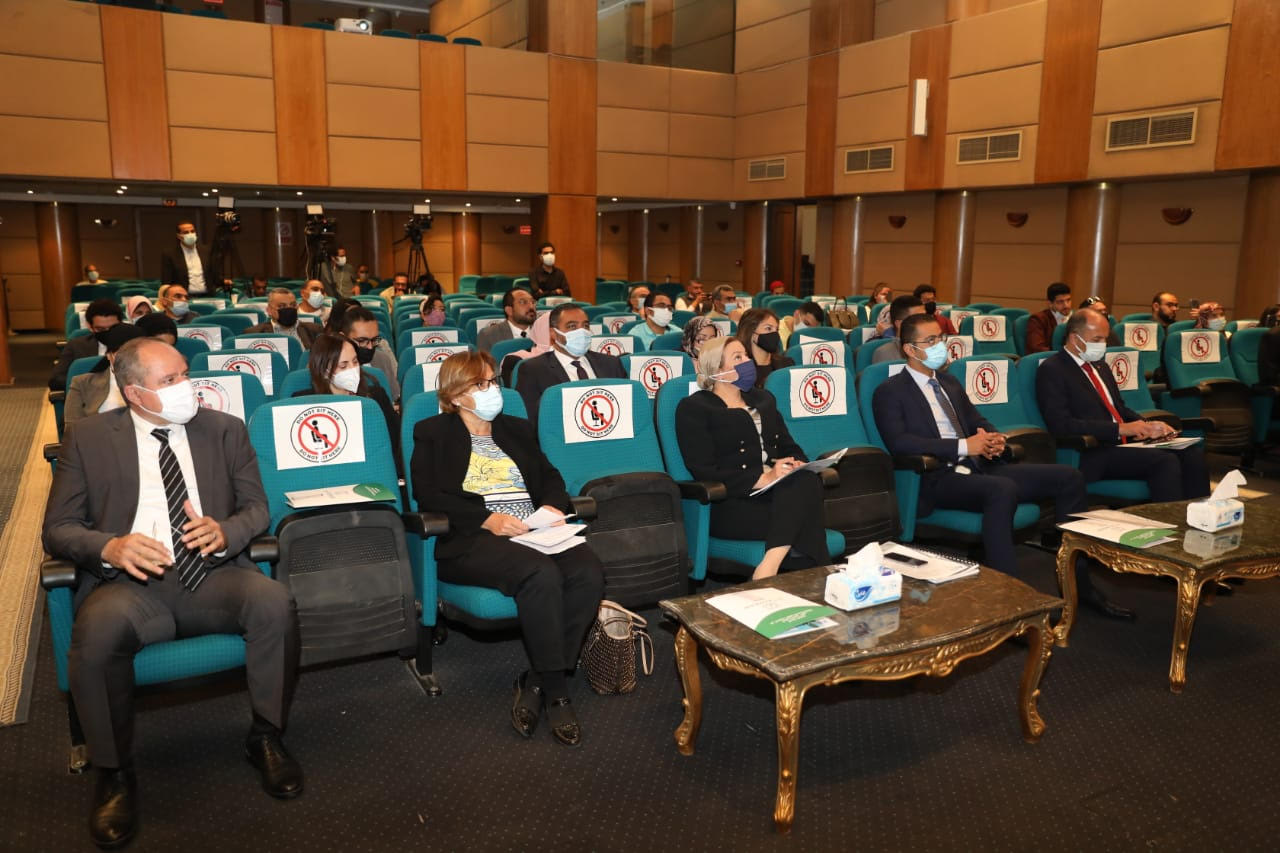