The Coptic diocese of SUS is this year celebrating the 2nd Global Coptic Day on 1 June by holding a video contest themed “My Coptic hero”. The contest is open to all persons, individually or in groups, everywhere in the world, and involves creating a one- or two-minute video on a favourite Coptic hero. Contestants may choose from four categories: male saints; female saints; martyrs and confessors, male or female; and laypersons, also male or female. The deadline for submissions will be the Feast of the Apostles on 12 July; the videos may be posted on Facebook or Instagram hashtag #GlobalCopticDay and emailed to My [email protected] . The winners will be announced on the Holy Virgin’s Feast on 22 August. 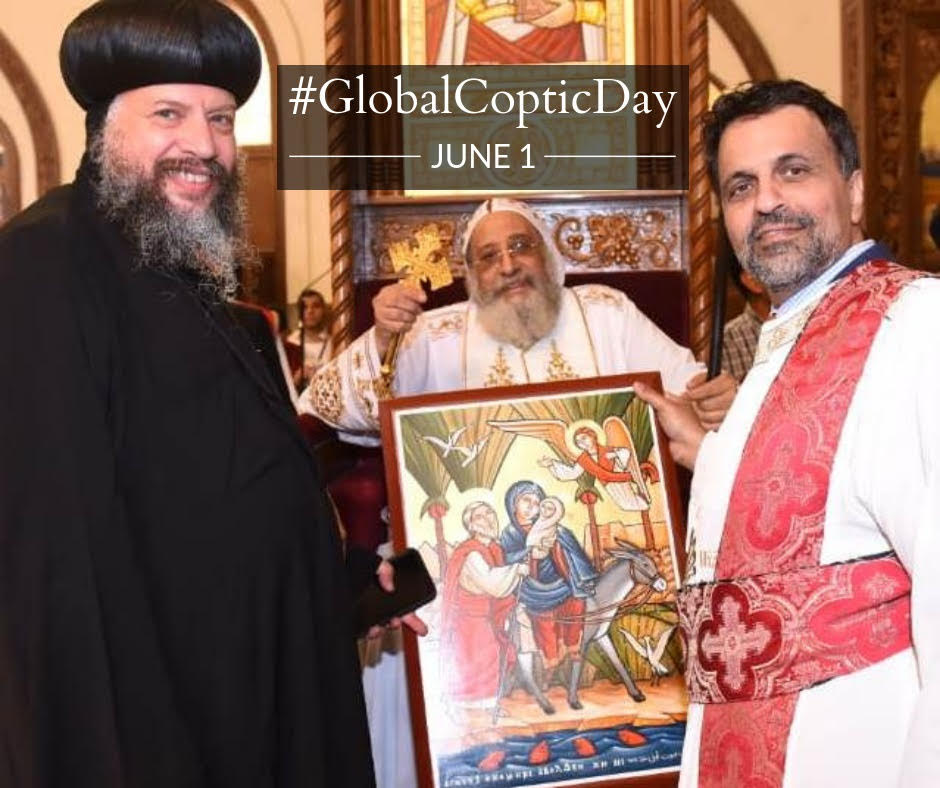 The idea of a global Coptic day was the brainchild of Egyptian American Copt Nader Anise, a lawyer and marketer based in Florida. The idea was welcomed by Bishop Youssef of the Southern United States, and approved by Pope Tawadros II. 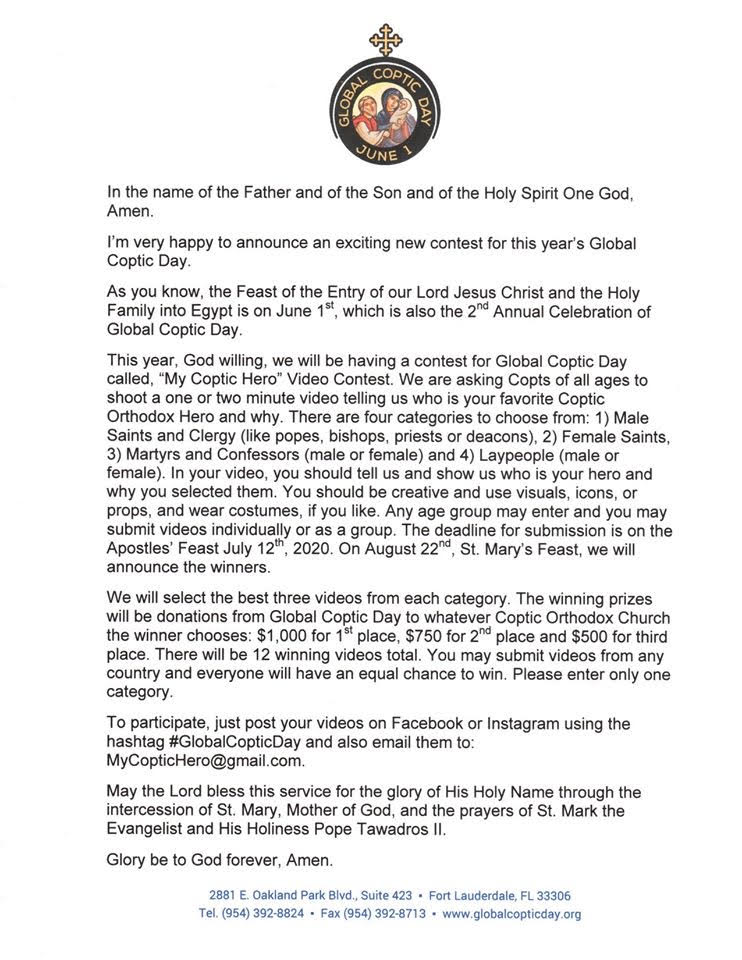