The archaeological mission of the Egyptian Ministry of Antiquities has unearthed ruins of a residential area, churches and monasteries that date back to Egypt’s Coptic era some 1,500 years ago. The new discovery was found near the Coptic cemetery in the town of Bahnassa in Minya, some 250km south of Cairo.

Gamal Al-Samtawi, director of the Antiquities of Central Egypt, confirmed that excavation at the site went back to 2008. He said the tombs date back to the fifth AD century, and contain burial chambers about 70mx50m in size. The residential area, he said, spreads over 120x100sq.m and indicates that it was a monastic complex that included a 5th century church, a water well, monk cells, prayer rooms, a monastic dining table, a kitchen and store rooms.
The church featured a nave and side rooms with walls covered with colourful crosses, paintings, texts and hymns in the Coptic language for a saint called St Phippamon. Mr Samtawi said that, sadly, this building was damaged during the security chaos that following the Arab Spring uprising in Egypt in January 2011.
A tomb for a priest was discovered down a shaft 6.3m deep and 3m in diameter. Coins and artefacts found at the site were sent to the Egyptian Museum for restoration and study.
The city of Bahnassa is located on the west bank of the Nile near the city of Bani Mazar north of Minya province, and was known in the Hellenistic times as Oxernhos. In later years, during the Islamic era, Bahnasa was named after Bahaa al-Nissaa (The Beauty Among Women), the name of the daughter of the town’s governor. 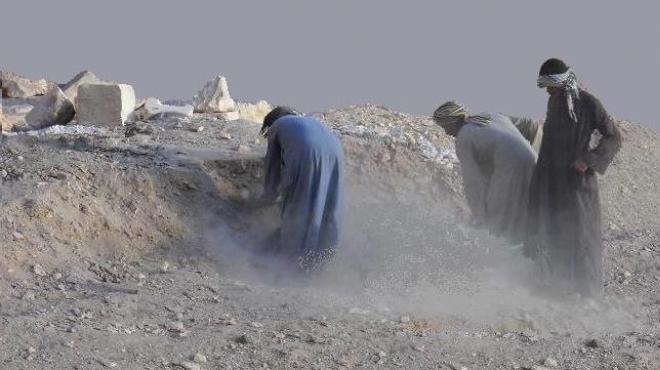