Egypt’s Ministry of Antiquities has recently announced two discoveries: one of a stunningly beautiful tomb in Aswan in the south of Egypt, and the other of an ancient cemetery in Giza. 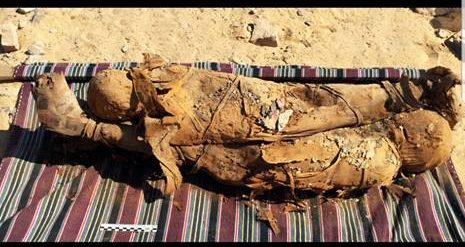 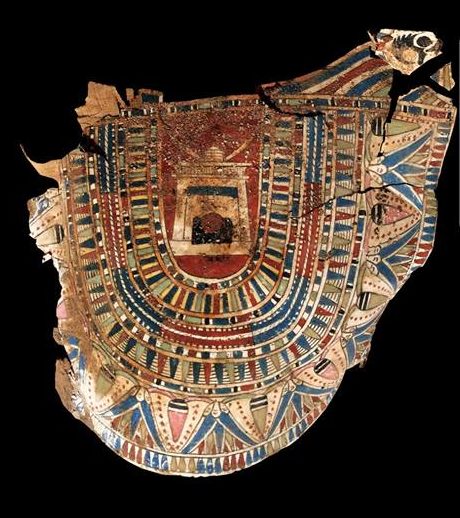 The Egyptian-Italian archaeological mission working at the Aga Khan Mausoleum area, on Aswan West Bank, discovered a rock-cut tomb of a person named Tjt, that dates to the Late Pharaonic, Graeco-Roman Period.

Mostafa Waziri, General Secretary of the Supreme council of Antiquities explained that, inside the tomb, the mission found parts of a painted wooden coffin, and fragments of another presenting a complete text including the name of the owner and invocation to the gods of the First Cataract Khnum, Satet and Anuket, as well as Hapy, the Nile-god. 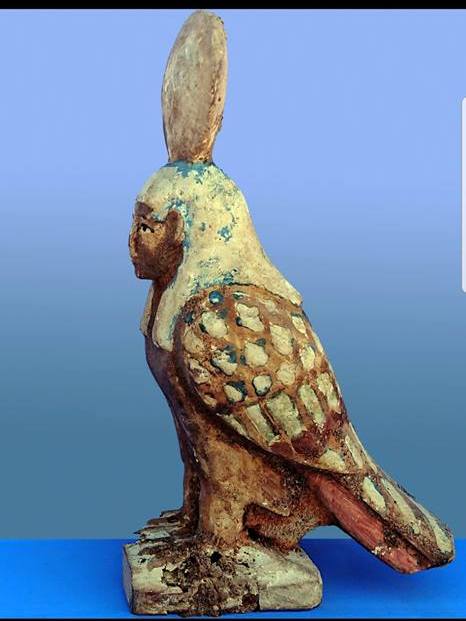 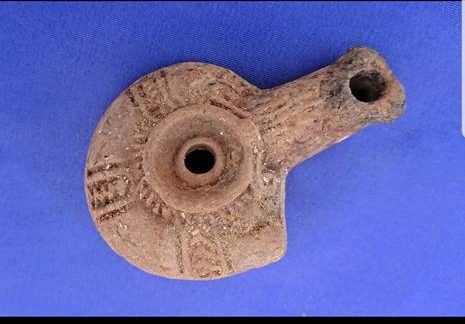 The entrance to the tomb consisted of a stair partly flanked by sculpted blocks leading to the funerary chambers.

Patrizia Piacentini, Head of the mission and Professor at Statale University of Milan, said that the mission found a funerary structure inside which were four mummies. Two mummies were superimposed over each other probably of a mother and her child, were still covered by painted cartonnage. A round-topped coffin was excavated directly in the rock floor. In the main room lied around 30 mummies, among which some of young children who were deposited in a long lateral niche. 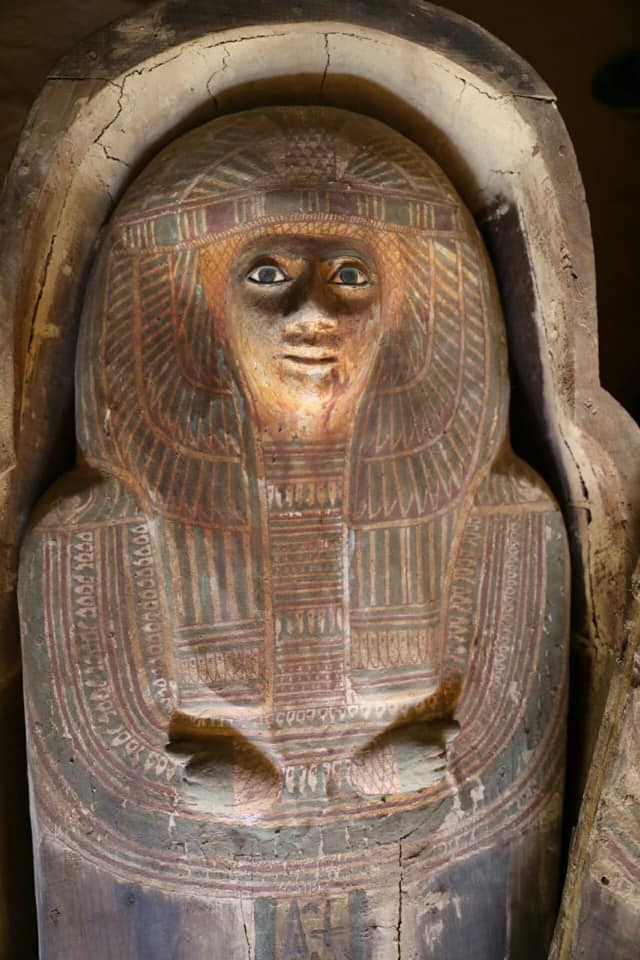 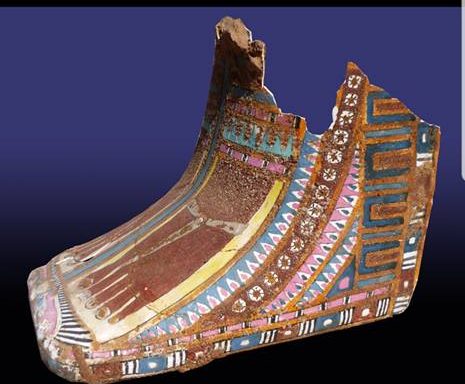 Leaning against the north wall of the room, Dr Piacentini said, was an amazing intact stretcher made of palm trunks and linen strips, used by the people who deposited the mummies in the tomb. At the entrance of the room, vessels containing bitumen for mummification, white cartonnage ready to be painted and a lamp were discovered. On the right and left sides of the door, many beautiful coloured and gilded cartonnages, fragments of funerary masks painted with gold and a well preserved statuette of the Ba-bird, representing the soul of the deceased, still presenting all the details of the decoration have been found. 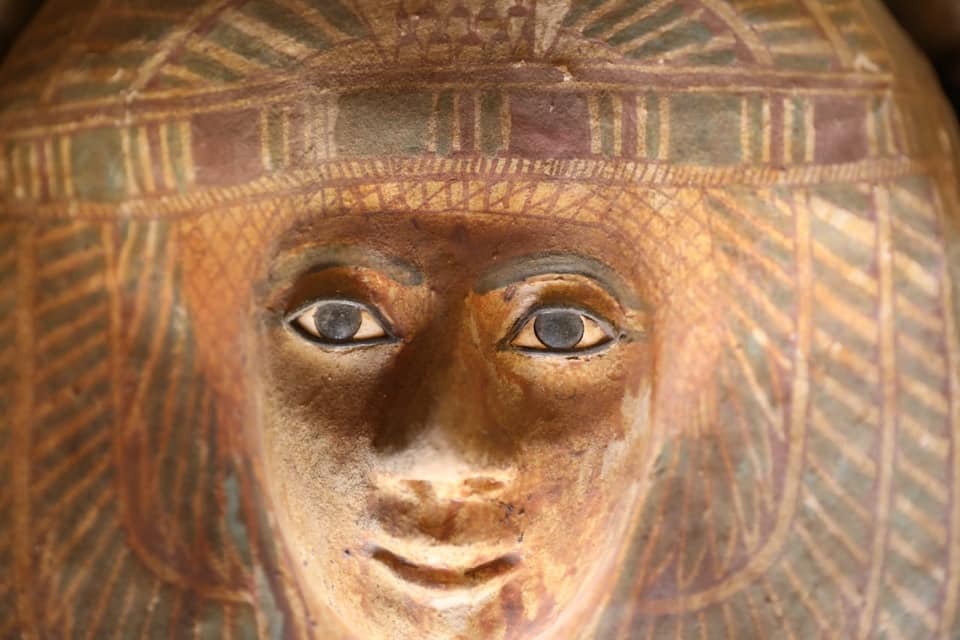 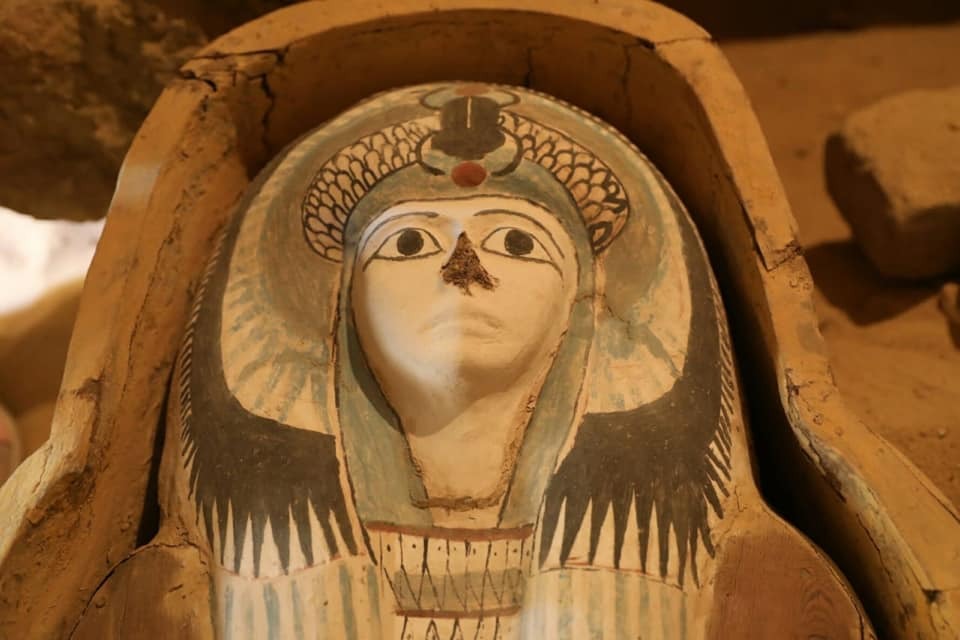 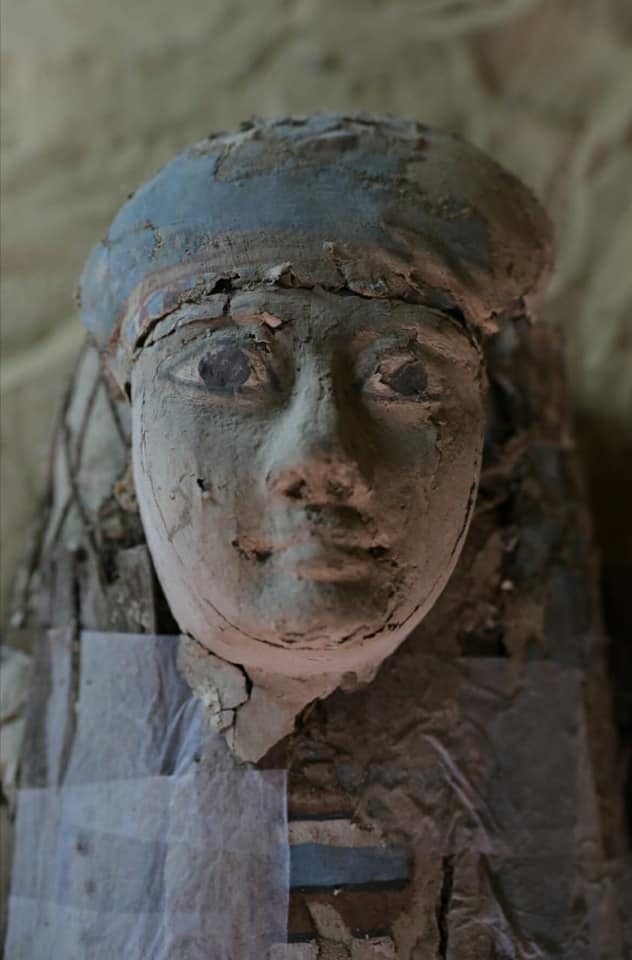 In Giza, an Old Kingdom cemetery has been uncovered by an Egyptian archaeological team at the south-eastern side of the Giza Plateau.

Dr Waziri explained that the cemetery included several Old Kingdom (c.2686–2181 BC) tombs and burial shafts; the oldest was a limestone family tomb from the fifth dynasty, which retains some of its inscriptions and scenes.
The tomb belongs to two persons: the first named Behnui-Ka, whose name was not found before in Giza plateau. He had seven titles among them the Priest, the Judge, the purifier of kings: Khafre, Userkaf and Niuserre; the priest of goddess Maat, and the elder juridical in the court. The second owner named Nwi Who had five titles among which the chief of the great state; the overseer of the new settlements, and the purifier of King Khafre. 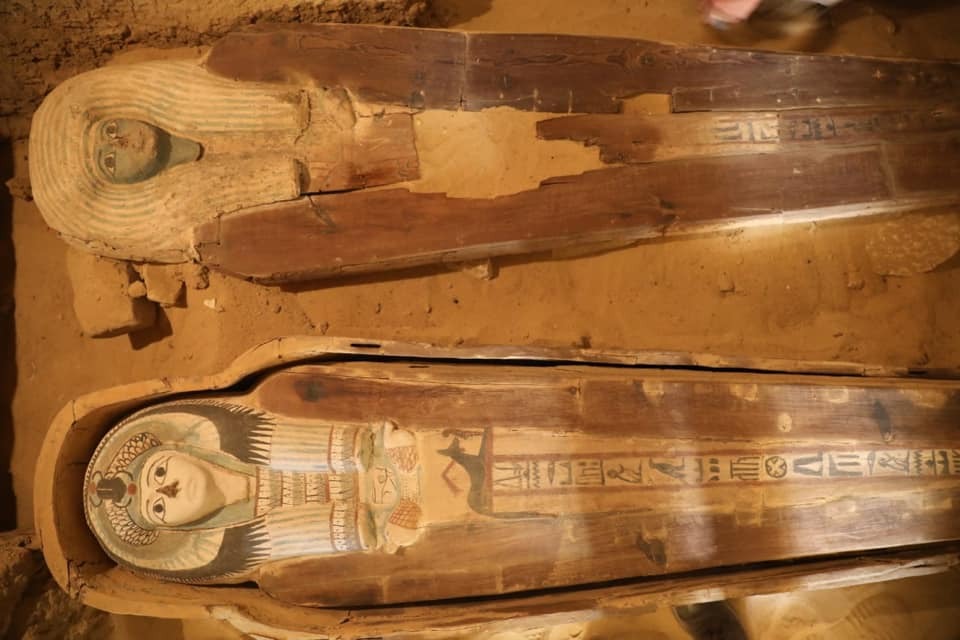 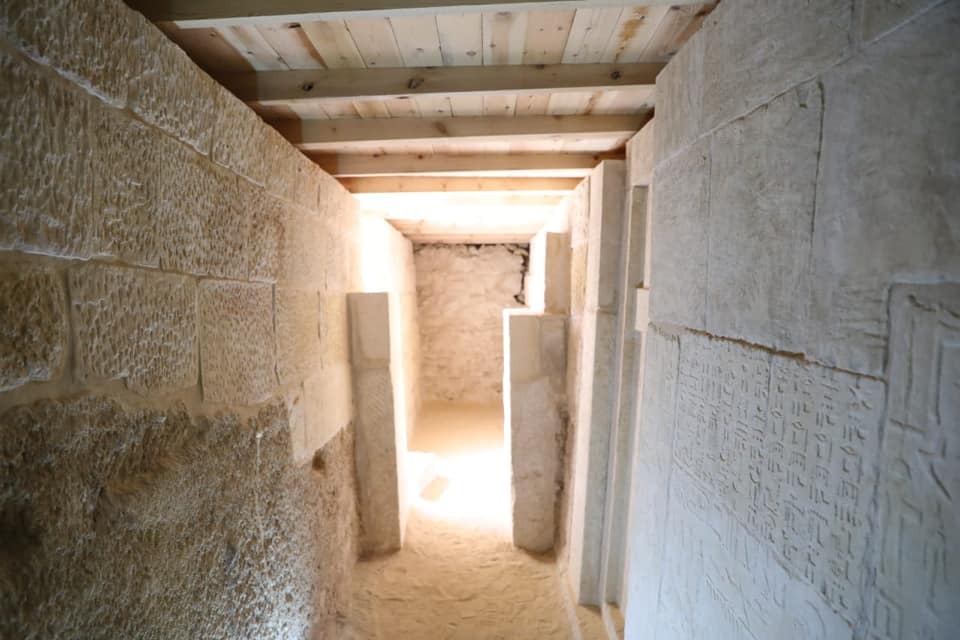 Many artefacts were discovered in the tomb, among the most significant was a fine limestone statue of the tomb’s owner, his wife and son.

Ashraf Mohi, Director General of Giza Plateau said that the cemetery was reused extensively during the Late Period (since early 7th century BC). Many late period wooden painted and decorated anthropoid coffins were discovered on site. Some of them have a vertical line of Hieroglyphics inscriptions on its lid.

Wooden and clay funerary masks were also found, some of them still holding vivid colours. 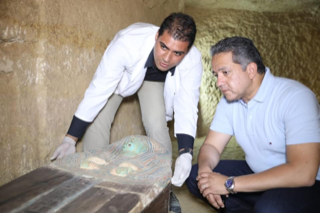 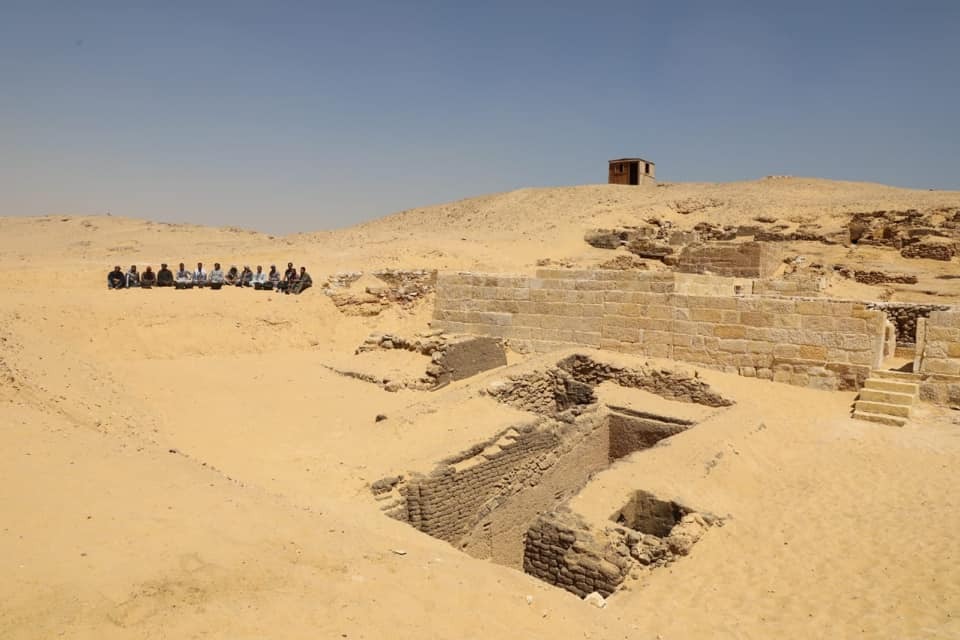