Anba Paphnutius: Man who made a difference

The Diocese of Samalout recently came under the spotlight when its newly restored and developed site of Gabal al-Teir was officially opened by the Ministry of Antiquities. Gabal Al-Teir is the most recent spot on the trail of the Holy Family’s journey into Egypt to undergo restoration and development, and Samalout Diocese has been a major partner to the Ministry in that work.

Watani seized the opportunity to talk to talked to Anba Paphnutius, Metropolitan of Samalout. 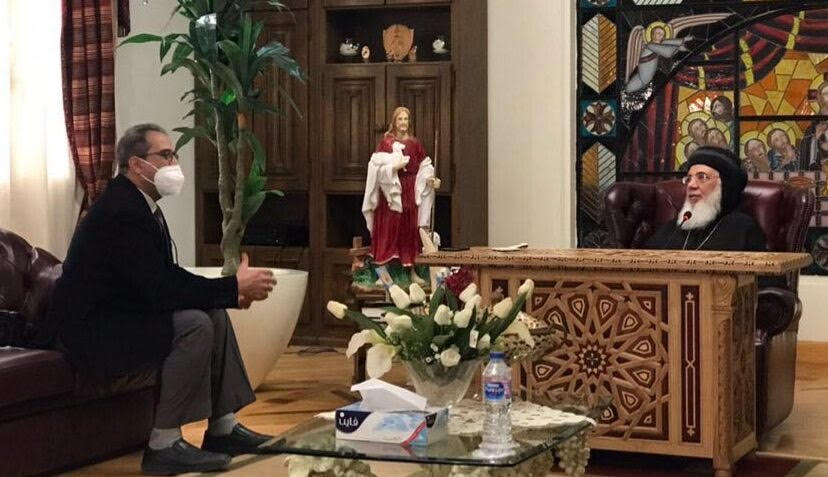 Anba Paphnutius, also written Pavnotius or Bevnotious, has been Bishop then Metropolitan of the diocese of Samalout and Tahal-Aameda in Minya, some 250km south of Cairo, since it was established in 1976. For 46 years, he has worked tirelessly for Samalout and its people who, Muslims and Christians alike, reciprocate by holding him dearly in their hearts.

Anba Paphnutius was born Nagy Shukry Marcos in 1948. He earned a medical degree in 1971; in 1972 he took orders at the Western Desert al-Surian Monastery. He was ordained a priest in 1975, and consecrated as Bishop of Samalout and Tahal-Aamida in 1975 at the hands of Pope Shenouda III (patriarch in 1971 – 2012). In 2016, Pope Tawadros II made him Metropolitan of Samalout. 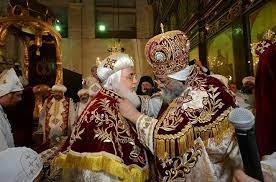 Given that Anba Paphnutius holds a medical degree; the first question that naturally came to mind was what drove him to quit a lucrative career in medicine to take orders. “As a child I used to listen to the Synaxarium read in church,” he replied. “Stories of the saints filled me with a zeal to lead a life like theirs. At 16, I began to pay regular visits to monasteries, especially during Holy Week. Later, I would spend long periods of my summer holidays in monastery retreat homes. The peace and comfort I experienced there developed into an urge to spend the years God would give me with Him, away from the world and its attractions. Like those who preceded me in the footsteps of St Anthony the Great, I chose to leave all behind, to unite with the One. “After all,” he reflected, “which is better: to spend one’s life as a doctor like millions of people, or to embrace God and enjoy a close relation with Him?” 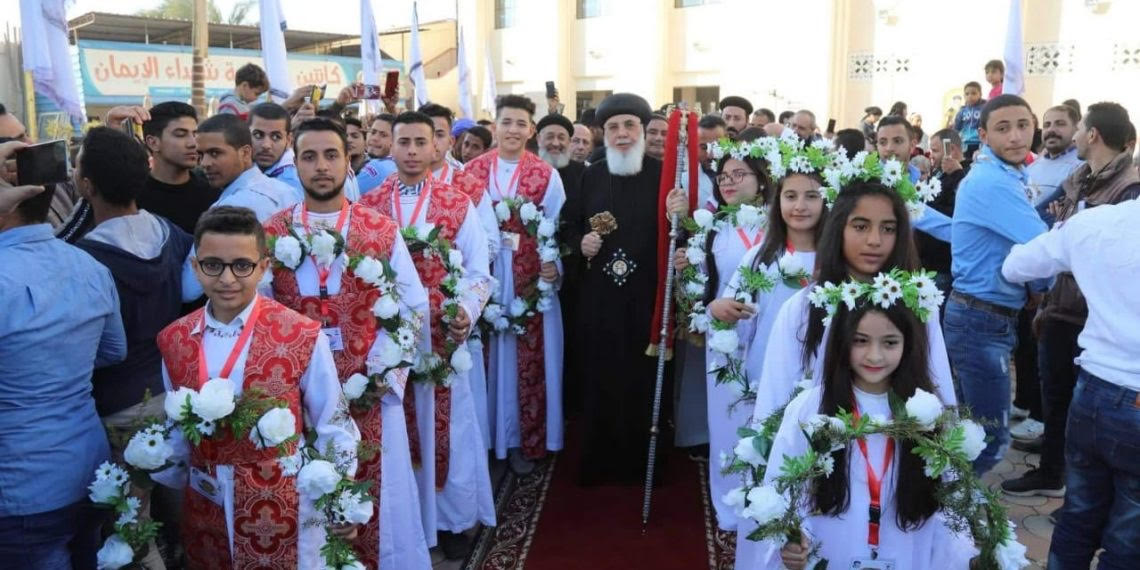 Anba Paphnutius was the first doctor to become a Coptic monk. “Today,” he said, “the Coptic Orthodox Synod boasts more than 15 bishops with medical degrees.”

How did he start his service as bishop? Watani asked Anba Paphnutius, especially given that his diocese had been newly created.

“I started off by studying Samalout and its congregation,” the Metropolitan said. “Until 1976 when I became bishop, Samalout was part of Minya Diocese. Seeing that I was the first bishop of Samalout, and given the dire political and economic situation in Egypt following the wartime years of 1967 – 1973, I prayed to God to guide me to His will. I started by visiting all the churches in this nascent diocese in order to familiarise myself with the spiritual, pastoral and social needs of the congregation. 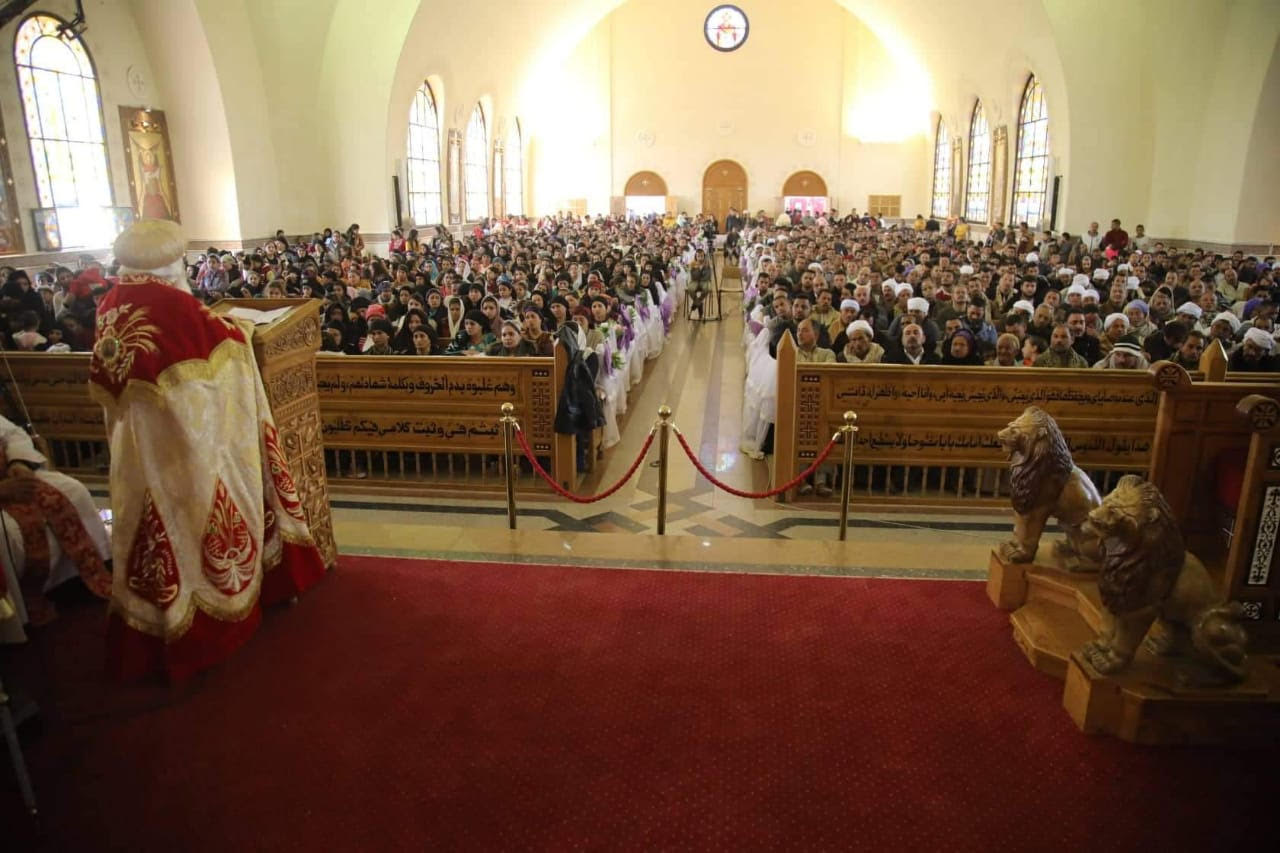 “I thank God’s love and blessings for guiding me through. On the spiritual and pastoral levels, churches were too few and too small to accommodate the number of Christians in the diocese, and the number of priests too limited to adequately offer the required pastoral need. On the social and economic levels, Samalout congregation was underprivileged; health services were severely inadequate; illiteracy was rampant, and the educational service offered by government schools left a lot to be desired. Special care was called for in the fields of ethics and behaviour. In addition, opportunities for affordable holidaying  or entertainment were virtually non-existent in the diocese, even though the need for such spaces was definitely there.

“A clear vision formed in my mind for the service needed in Samalout and Taha.”

The far from easy task Anba Paphnutius had been entrusted with in Samalout started. His outlook focused on development, and was not restricted to Christians alone but extended to Muslims too. “The mission of the Church is clear,” Anba Paphnutius said. “Christians are the light of the world and its salt; God has filled our hearts with His Holy Spirit, with love towards the whole world.” 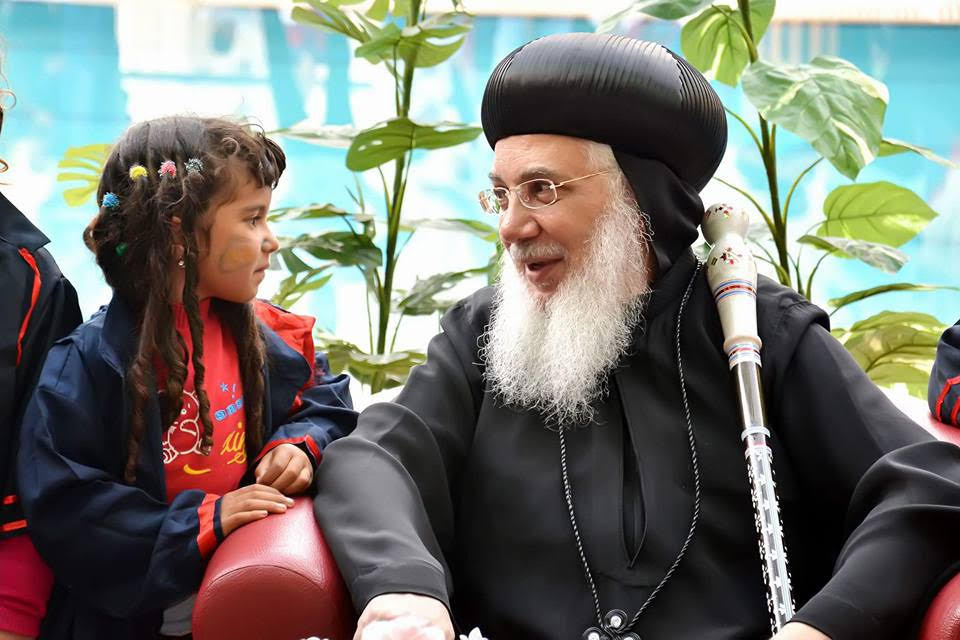 The top priority on the Bishop’s agenda, however, was pastoral care. He started with a plan to build new churches on plots of land that were large enough for buildings to accommodate future needs. “The diocese already included 20 churches the buildings of which were mostly dilapidated” he said, “and they were served by no more than 20 priests. With the grace of God, we were able to renovate the 20 churches and build others. Today, Samalout boasts 60 churches served by 107 priests, some 15 deacons, and 20 consecrated sisters.” 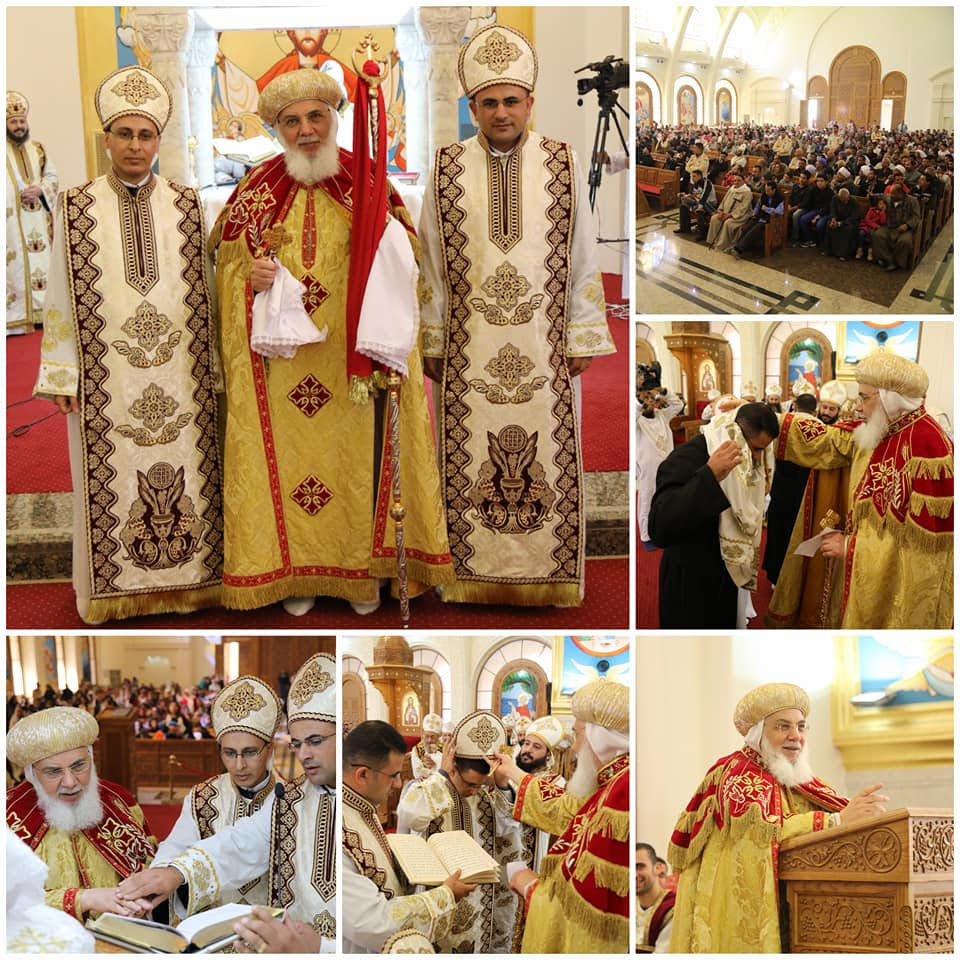 Anba Paphnutius explained that he takes the selection of priests and church servants very seriously, in accordance with the biblical teaching “Do not lay hands on anyone in haste (1 Timothy 5:22)”. Their selection and preparation for service, he explained, is carried out in a very meticulous procedure. He personally selects and supervises the nomination of many young applicants to seminaries, a process which ensures a wide pool from which competent persons may be picked to undertake service in the Church.

With a sight to offering Samaloutis high quality, affordable health service, Anba Paphnutius worked to establish al-Raei al-Saleh (The Good Shepherd) Hospital. “In 1979 we embarked on the design of the hospital; in 1982 we obtained licence to build it, and in 1992 the hospital opened to the public,” Anba Paphnutius told Watani. 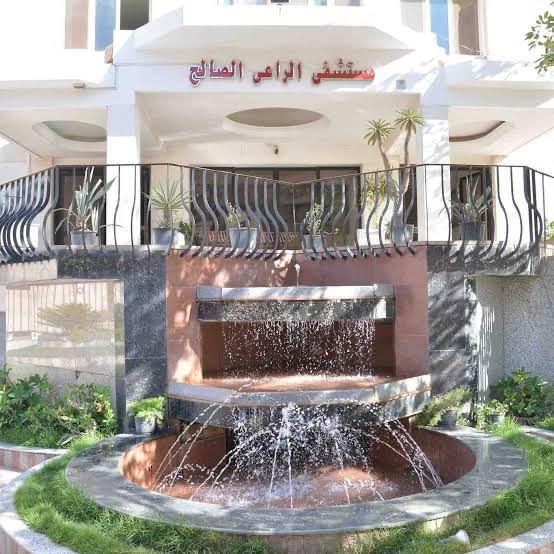 He explained that Samalout’s al-Raei al-Saleh is the largest hospital, in terms of area and advanced equipment, owned by the Coptic Church. The hospital serves Christians and Muslims, and its medical staff and workers include Christians and Muslims. “The hospital offers its services at prices significantly lower than equivalent ones in Cairo,” the Metropolitan told Watani. “Yet these services are high end, provided by capable in-house medical staff, also by visiting doctors from inside and outside Egypt.” 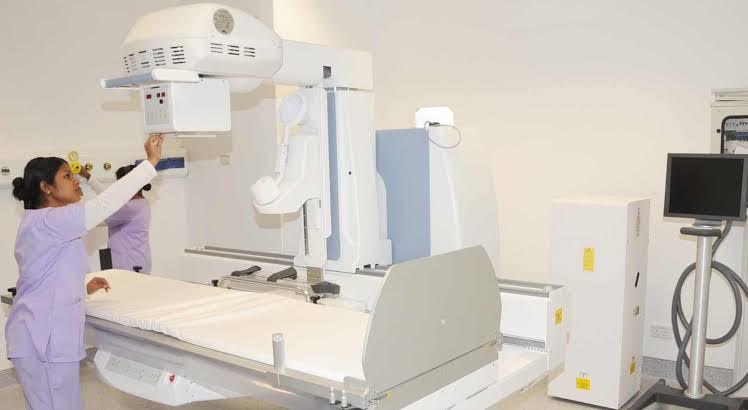 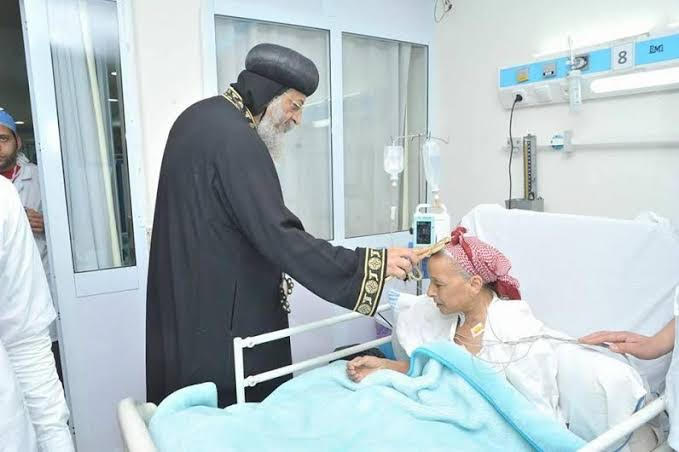 In the education field, Anba Paphnutius spoke of the famed al-Ahd al Gadid (New Testament) schools established by the Church. This chain of language and Arabic schools welcomes Christian and Muslim students from preschool till the secondary school phase following which students could go to university. This year, one of its students, Marco Nageh, ranked fourth nationwide in the Thanawiya Amma examination through which students could go to university. “The schools started off with 300 students, today 10 years later, we have more than 2000 students enrolled in our six schools which have acquired ISO accreditation,” he said. 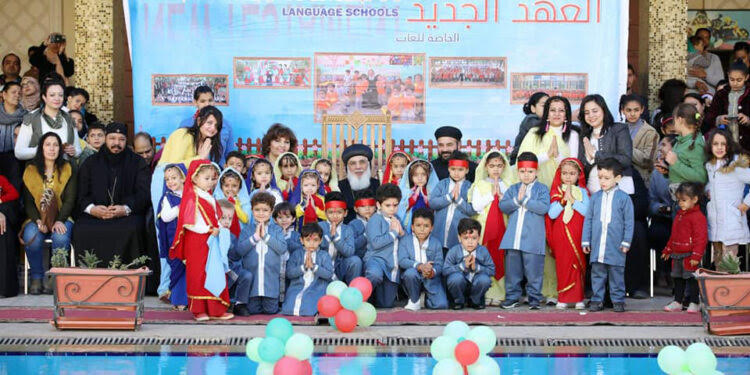 Anba Paphnutius has overseen the establishment of enterprises that provide jobs to Muslims and Christians in Samalout. These include businesses for ready-made garments, textiles and embroidery, as well as plumbing, electrical and carpentry workshops. The carpentry workshops, he said, cater to the needs of Samalout churches among a plethora of other work.

Not only that, Anba Paphnutius eagerly told Watani, but Samalout Diocese oversees vast lands for cultivation of various crops, in addition to high quality vineyards the crop of which is used to make wine for Holy Communion. 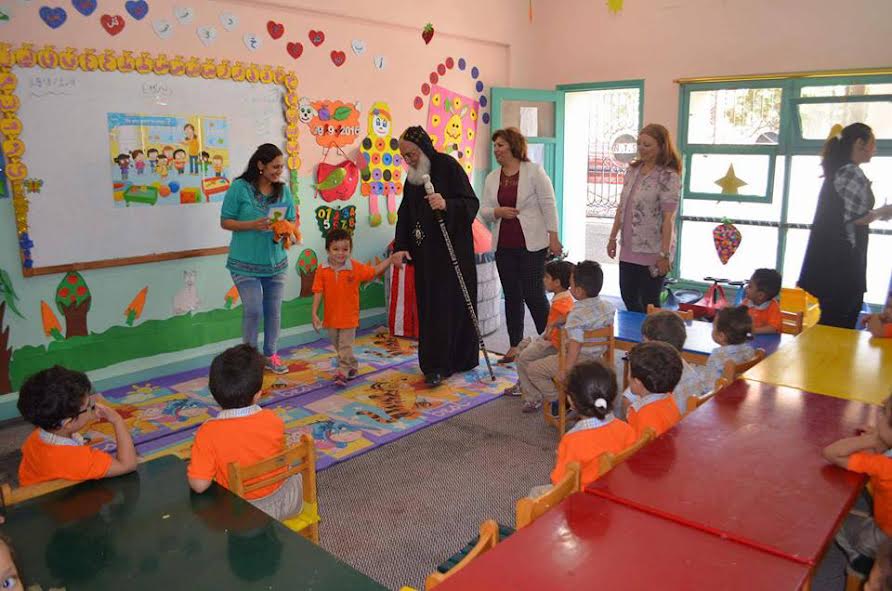 “We have also established a club for Egyptian families,” he said, “which includes a swimming pool, football fields, ping pong tables, billiards halls, a gym and a restaurant. The entry ticket is a mere EGP5.”

The projects established by the Diocese of Samalout now employ some 2000 persons, 70 per cent of whom are women. “I thank the Lord for His abundant blessings and support,” Anba Paphnutius humbly said. “And I pray He leads us to farther horizons of development to serve the people of Samalout, Muslims and Christians.” 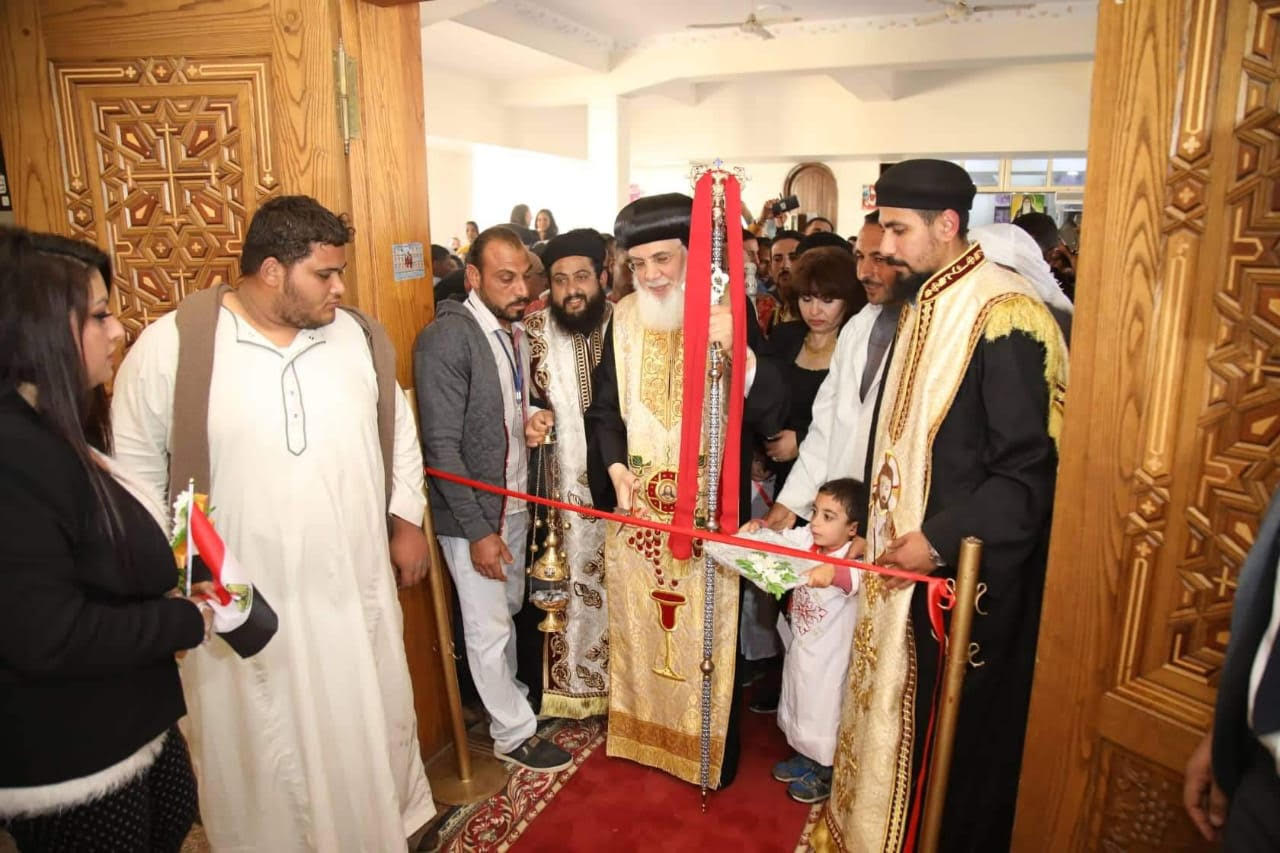 The fact that Anba Paphnutius cares for Muslims and Christians on equal footing has made Samalout an oasis of peace in the region of Minya which is notorious for attacks against Copts. “We are one family,” the Metropolitan said, “bonded with love. During 2011 – 2013, the years of Arab Spring and post-Arab Spring unrest, when Copts nationwide were victims of Islamist terror attacks, it was our fellow Muslims who stood guard on our churches, community centres, schools, and hospital. When the imam of a mosque adjacent to one of our schools got wind of a group of Muslim extremists planning an attack against the school, he used the mosque’s microphone to rally local Muslims to stop the assault.”

“We have also turned our sight to religious tourism in Samalout,” Anba Paphnutius said. The diocese is home to a number of ancient sites, including the church of the Holy Virgin at Gabal al-Teir, the 6th-century church of Mar-Mina in the village of Tahal-Aameda, and the church of St Absakhairoun al-Qellini in the village of Behu. St Absakhairoun is believed to have miraculously moved the church, lock stock and barrel, with its well and the worshippers inside, in the 16th century during a time of persecution, from its original place in the village of Qellin in the north Delta, to its current location in Samalout. 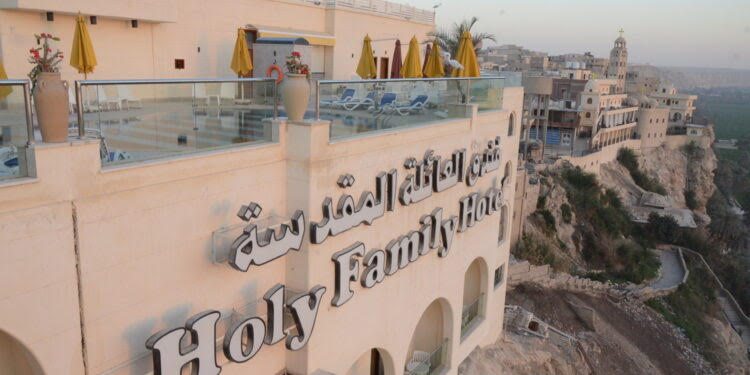 “The site of Gabal al-Teir was renovated using state-of-the-art technology, and was equipped with tourist facilities. The modern facilities include a high-end hotel at a prime location in Gabal al-Teir, and retreat hostels equipped with 400 beds, restaurants and souvenir shops,” Anba Paphnutius explained. 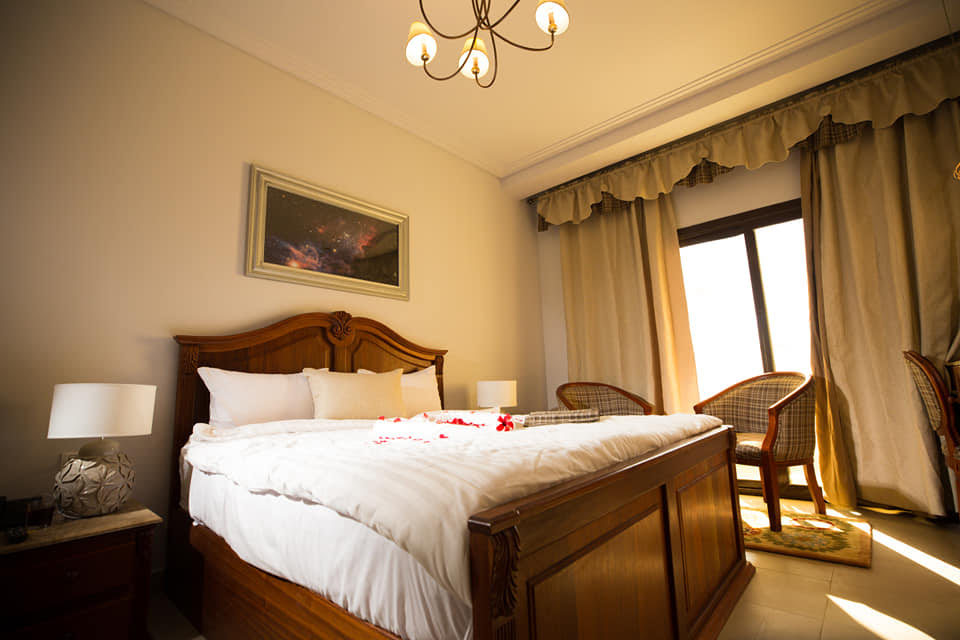 The hotel is located 21km north of Minya city and 210km south of Cairo. With its 40 modern rooms—furnished by the Diocese’s carpentry workshops—the hotel proudly stands on the hill of Gabal al-Teir overlooking a spectacular view of the Nile and lush greenery, and is adjacent to the 4th-century century church of Gabal al-Teir. 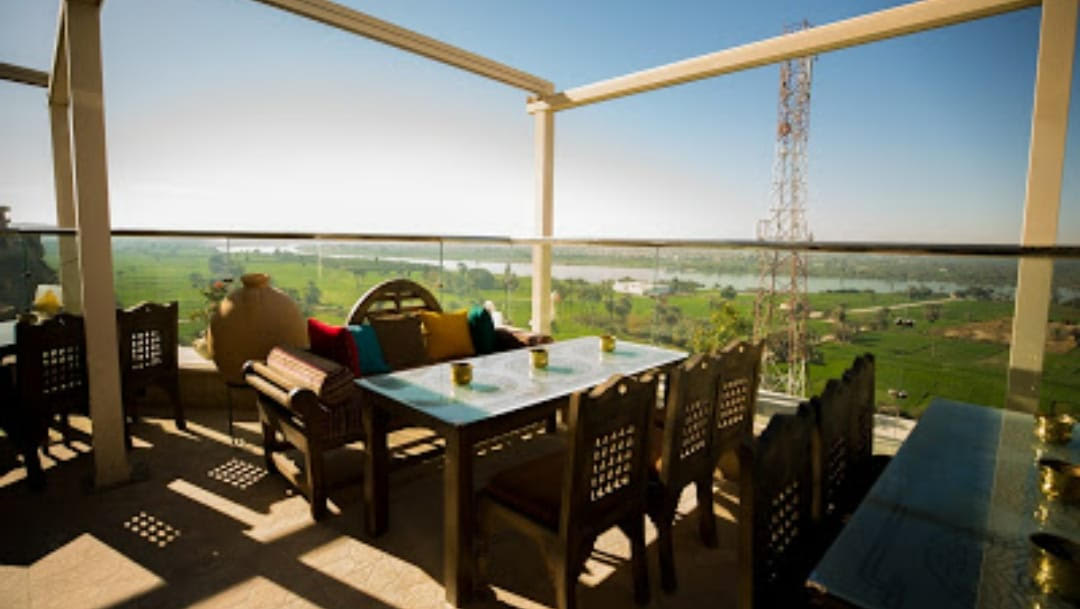 Anba Paphnutius insisted that “we should make use of the natural beauty of Gabal al-Teir to promote religious tourism. The highlight of the site is the 4th-century rock-hewn church of the Holy Virgin, which includes a grotto where the Holy Family is believed to have rested for three days on their biblical flight into Egypt. The church is built on high cliff east of the Nile and overlooks lush green fields on the banks of the river. The Nile at this spot is very wide, and features beautiful green islands. Altogether, the panorama inspires peace and fills the soul with beauty. It could attract tourists interested in heritage and religious tourism.” Anba Paphnutius believes it is of extreme importance to encourage and train members of the local community in heritage handcrafts that would surely find a lucrative market with the expected tourist influx. 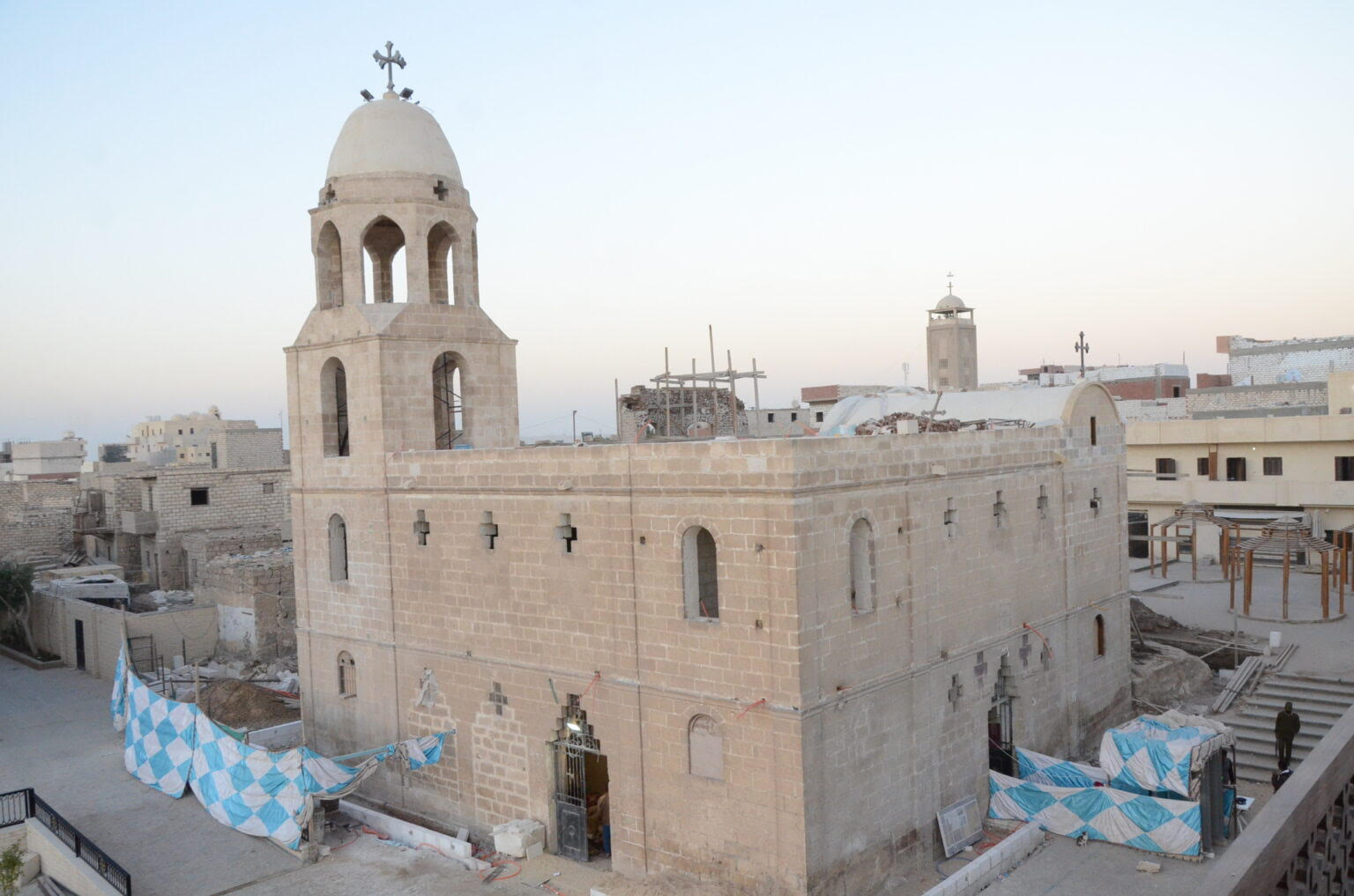 “Egypt is the only place in the world other than Palestine to be visited by Christ,” he said. “The path trodden by the Holy Family in Egypt is a perfect candidate for religious tourism.

“I have visited Lourdes,” the Metropolitan said, “and was amazed at the great numbers of tourists who visit the site every day where the Holy Virgin appeared to a young woman. How much more, I thought, would they visit places where the Child Jesus, his mother Mary, and St Joseph stayed for over three years.”

Samalout is not only about tourism; its village of al-Our is the birthplace of 13 of the 21 martyrs of faith—20 Copts and one Ghanaian—who were beheaded by Daesh, also known as the Islamic State IS, on a beach in Sirte, Libya in 2015. 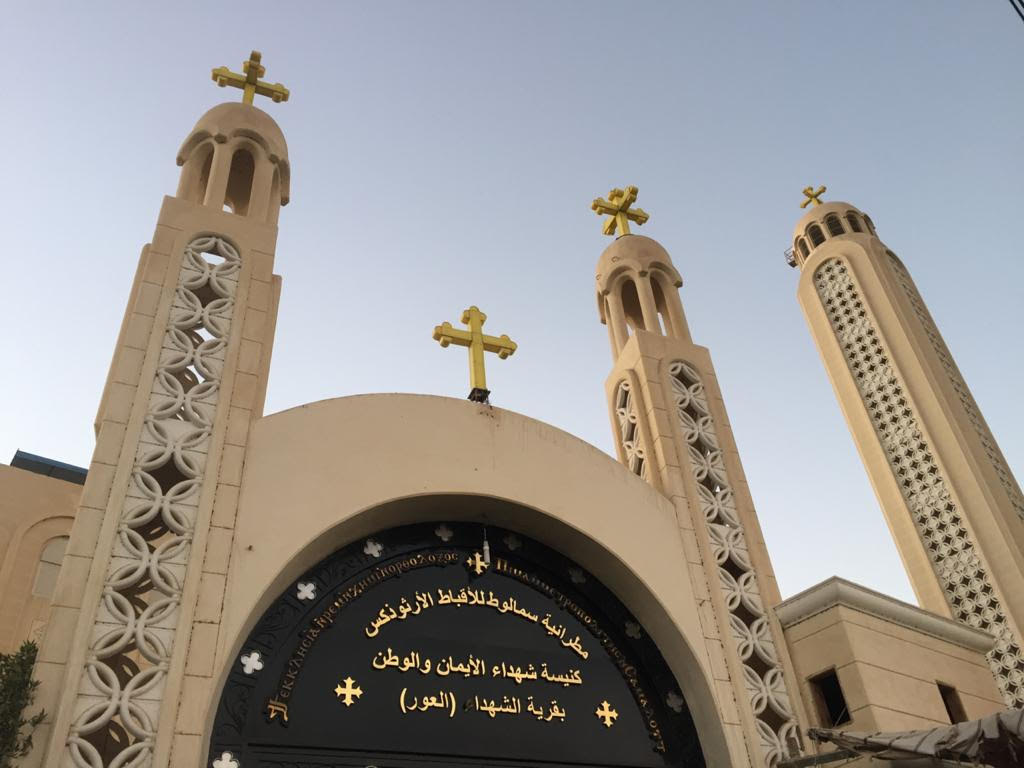 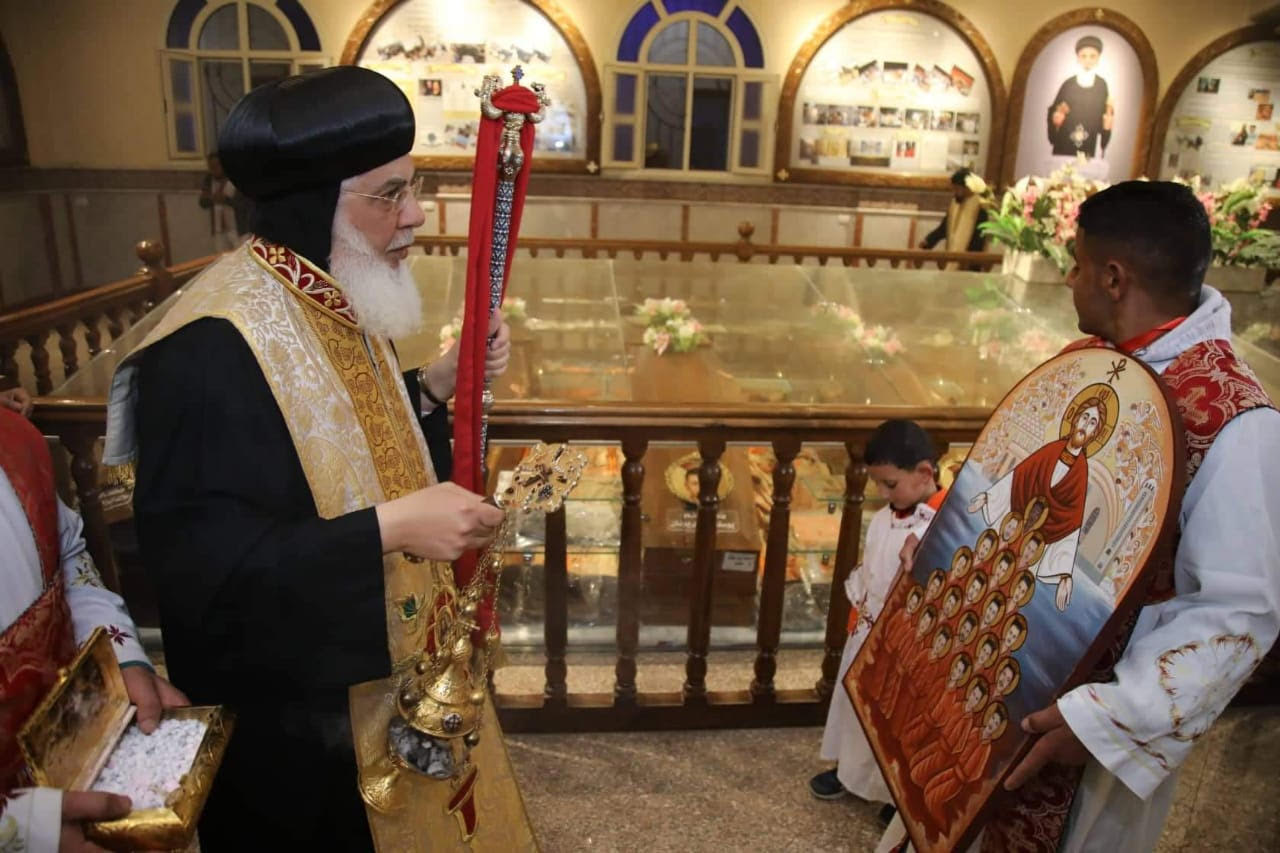 “We are proud of our modern-day martyrs,” Anba Paphnutius said. “We have built at al-Our a church in their honour and a shrine in which their bodies have been buried. The site has become a pilgrimage destination for Egyptians and non-Egyptians alike.” The church was built by the State, and has been aptly named by President Sisi Church of the martyrs of faith and the [Egyptian] nation. 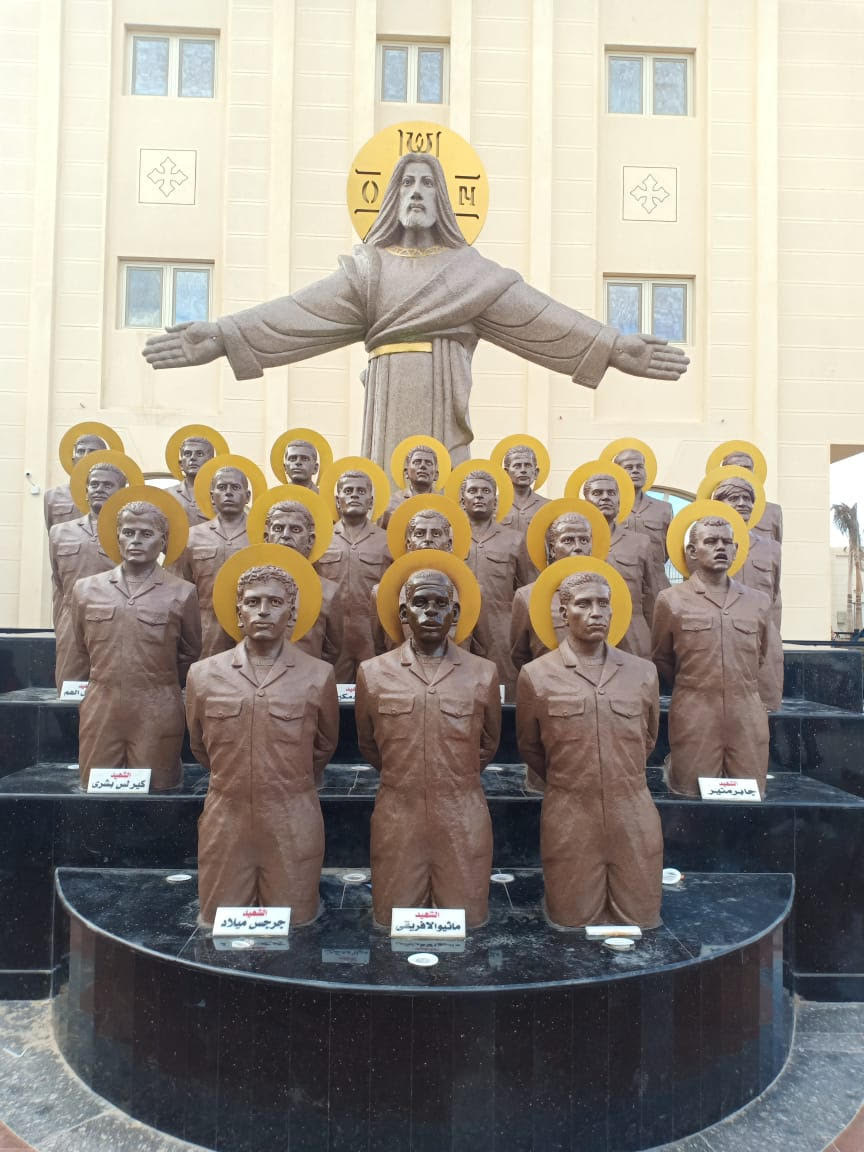 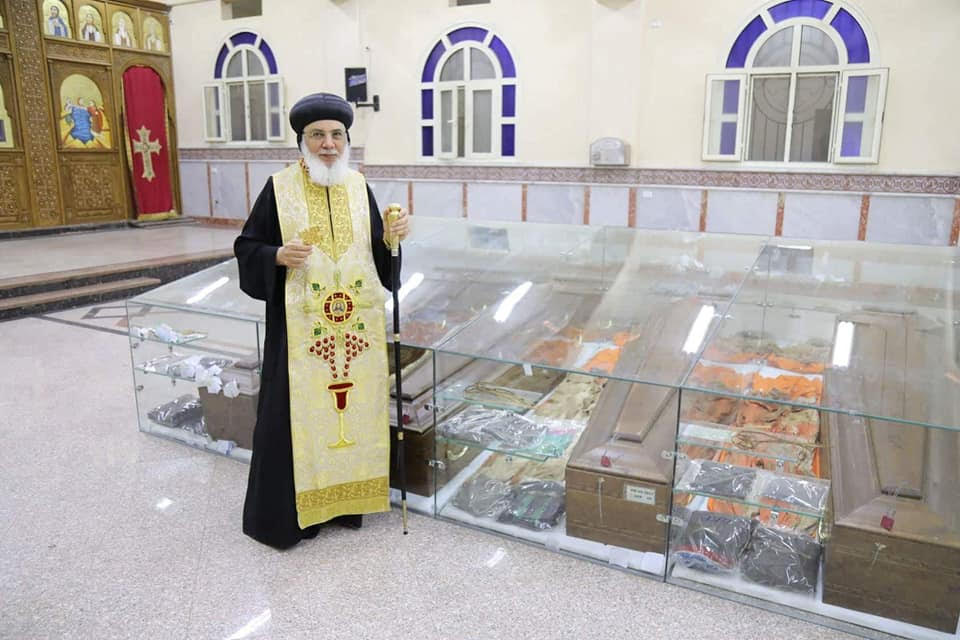 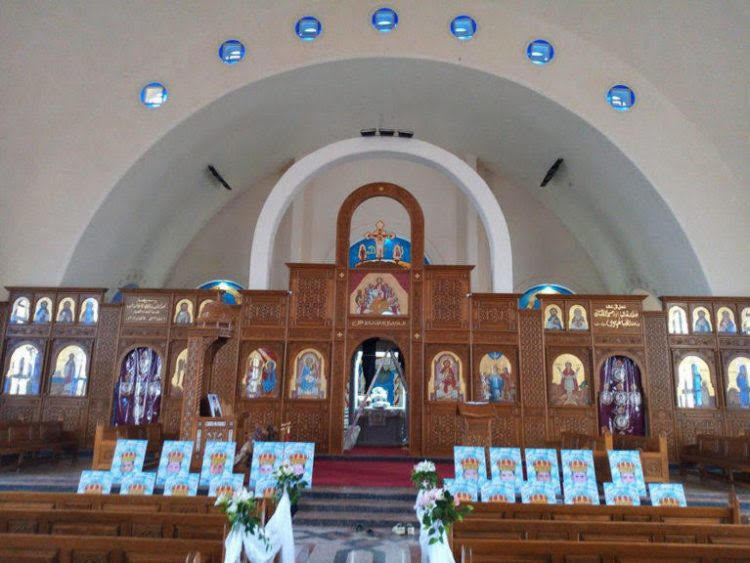 Feast of the Holy Cross