Christians the world over are familiar with the story of the flight of the Holy Family—the Child Jesus, His mother Mary, and St Joseph—to Egypt. The second chapter of the Gospel of St Matthew relates that when Jesus Christ was born, Herod the King sought to kill Him. But “… the angel of the Lord appeared to Joseph in a dream, saying, Arise, and take the young child and His mother, and flee into Egypt, and be thou there until I bring thee word: for Herod will seek the young child to destroy Him. When he arose, he took the young child and His mother by night, and departed into Egypt. And was there until the death of Herod: that it might be fulfilled which was spoken of the Lord by the prophet, saying, Out of Egypt have I called my son.” (Matt 2: 13 – 15)

Tradition has it that St Joseph brought the Holy Virgin Mary and the Christ Child into Egypt where they remained for some three years.

The Bible, however, says nothing about the time spent by the Holy Family in Egypt or whatever took place during that period. But local tradition picks up from there, filling the gap with stories of a poor, nondescript family that came into the land of Egypt and endowed it with indescribable blessing. 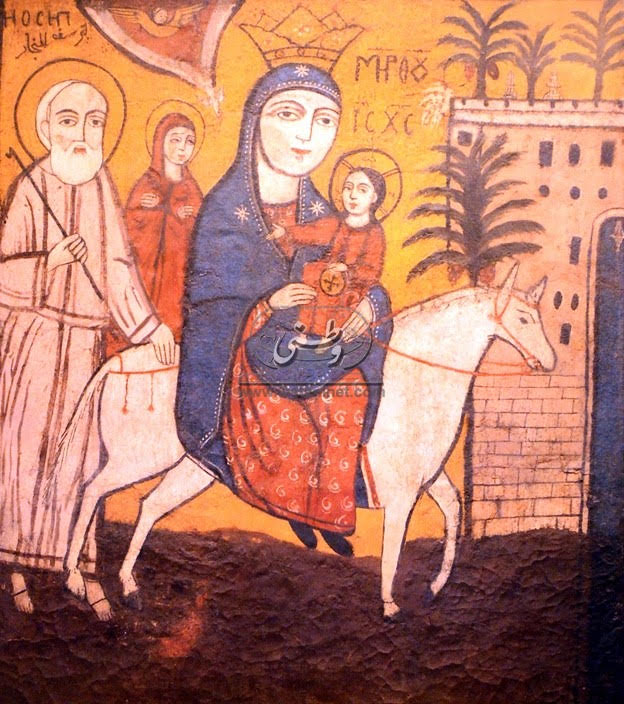 Tradition of a simple family

Tradition has it that, coming from the historical land of Israel, the Holy Family entered Egypt from its northeast outpost of what is today Rafah, travelled southwest till the Nile Delta and the Western Desert, then south east to present-day Cairo and further south till Assiut, some 350km south of Cairo. There they spent the longest interval in their journey. When St Joseph was ordered to take the young Child and His mother back to Israel, the Family took a return trip north on a slightly different path. Their sojourn in Egypt, which lasted some three years, extended over 3,500km, 31 sites, eight caves or grottos, 18 water springs or wells, and 13 trees. Today, churches, monasteries or convents stand on these sites, serving local congregations and keeping the tradition of the Holy Family’s journey very much alive, part and parcel of the daily life of Copts, and sources of palpable blessing.

Tradition tells of time-honoured miracles worked by the Holy Family, also of everyday tales of the poor nondescript ‘parents’ with the Baby in a strange land. Here, they stop to rest under the shade of a tree…there, the young mother gives Baby a bath…elsewhere she bakes bread for her family.

Egyptians celebrate the Holy Family on their land as the family that was ‘your next-door neighbour’ sharing everyday experiences in a closeness that makes for a real, living connection defying time and space.

The Coptic Church celebrates the Entry of the Holy Family into Egypt every year on 24 Bashans, 1 June. The traditional icon that depicts the flight into Egypt shows the Holy Virgin tenderly holding Baby Jesus as they ride a donkey led by St Joseph, or as they sail the Nile. 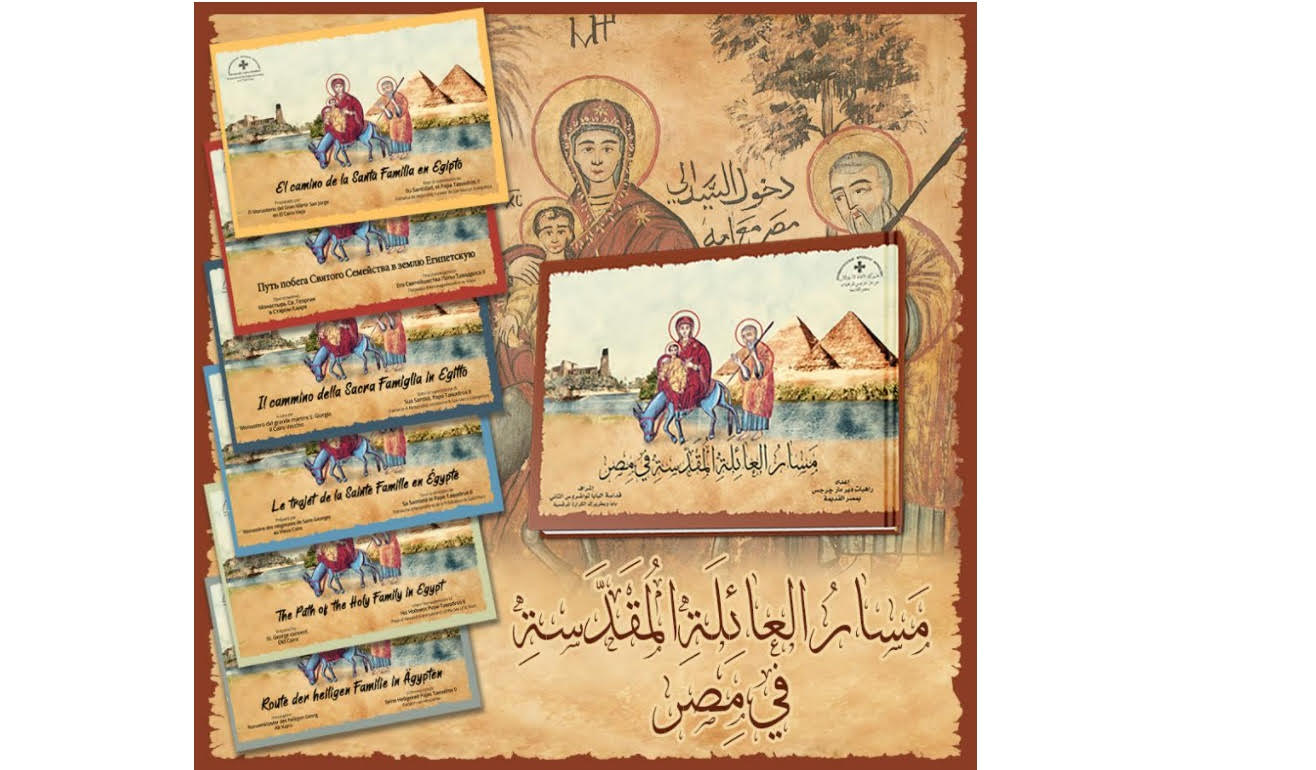 The tradition is not merely an oral one, however, but is backed by manuscripts and historical documents treasured in libraries and museums inside and outside Egypt. In November 2020, the convent of Mar-Girgis (St George) in Old Cairo published a book Massaar al-Aila al-Muqadassa fi Misr (Trail of the Holy Family in Egypt), a brief for an encyclopaedic work to be published in the future, that relies on solid sources of reference: manuscripts and historical writings, and that also cites testimonies of travellers throughout the ages. Intended as a cultural and tourist reference for Egyptians and non-Egyptians alike, the book was produced in six languages translated from the original Arabic: English, French, German, Italian, Russian, and Spanish.

With this gem of a heritage known to very few outside Egypt, the country has decided to familiarise the world with it, and invite everyone to come to Egypt for pilgrimage to these wondrous sites and amazing blessings. 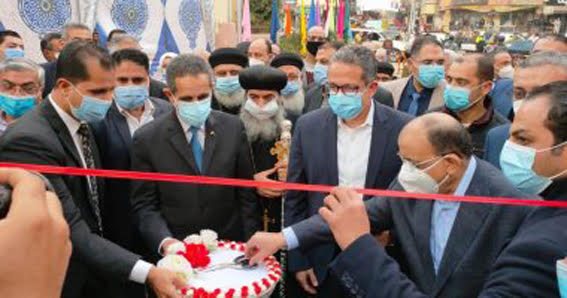 On the ground, it was the Ministry of Tourism that, at the outset of the second millennium, endorsed the trail of the Holy Family in Egypt as a destination for religious tourism. The Egyptian government has been working to extend world-class infrastructure to the sites on the Holy Family trail in Egypt, in order to develop them to comfortably receive tourists, and place them on the global religious tourism map. The Coptic Church is in full cooperation with the authorities.

Earlier this year, in an event that coincided with Coptic Christmas (7 January) season, the first fully developed spot on the Holy Family trail in Egypt officially opened in Samannoud.

The development project at Samannoud, on the eastern branch of the Nile Delta some 140km northeast Cairo, cost EGP7.5 million. 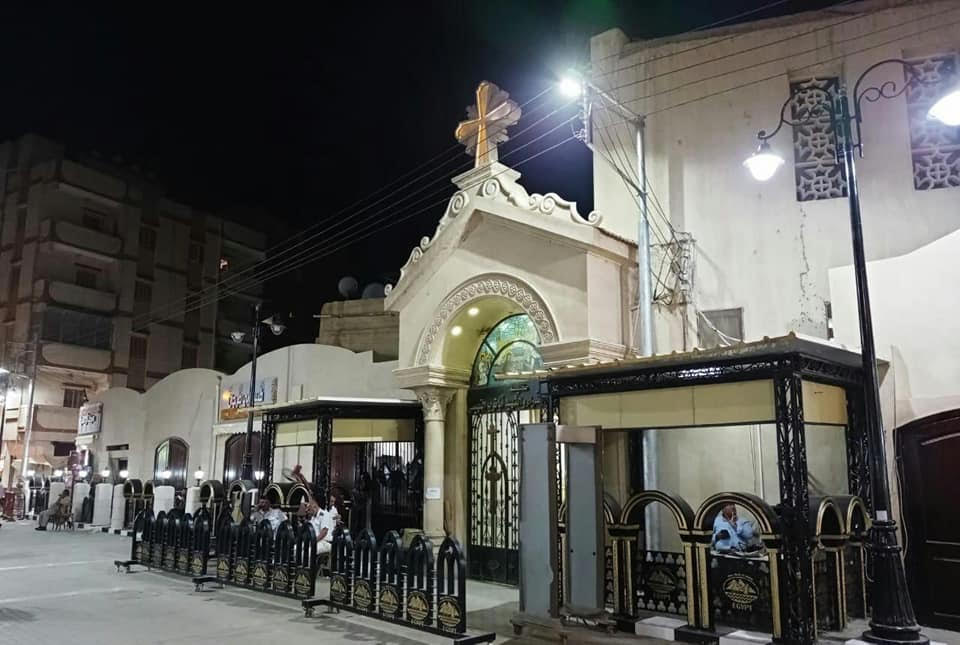 The site was opened by Egypt’s Minister of Tourism and Antiquities, Khaled al-Anani, jointly with Minister of Local Development, Mahmoud Shaarawi; Governor of Gharbiya, Tarek Rahmi; and Anba Karass, Bishop of Mehalla al-Kubra in the Nile Delta. They were accompanied by Deputy Governor Ahmed Atta; Head of the Islamic, Coptic and Jewish Antiquities Sector, Osama Talaat; and Adel Guindy, Director-General of International Relations and Strategic Planning at the Ministry of Antiquities, and Coordinator for the Holy Family project.

The officials visited the church of the Holy Virgin and the Martyr Abanoub in Samannoud. The church, which is among the sites of the Holy Family trail in Egypt, was listed by the Ministry of Antiquities as a historical monument in 2000, and underwent full restoration in 2016. 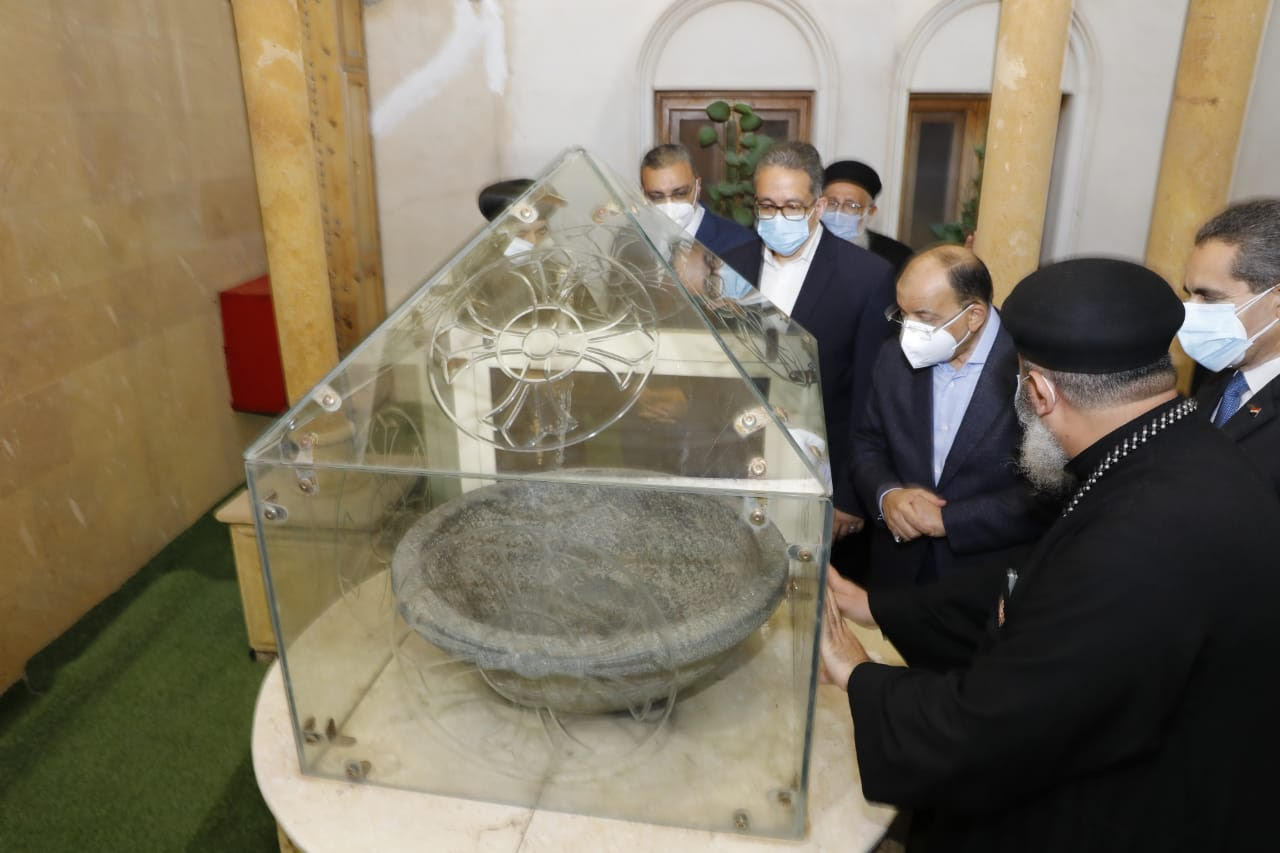 It is believed that the Holy Family stayed in Samannoud for 17 days, where the Holy Virgin is said to have helped an old woman with her baking. The locals warmly welcomed the Holy Family, and gifted the Mother with a large magoor, a granite trough that according to tradition she used to knead dough. The church of the Holy Virgin and the Martyr Abanoub still boasts that magoor, also a water-well which the Christ Child Himself hallowed.

The development work executed by the government at the site of the Samannoud church included cleaning the church’s facade and entrances, as well as the domes and bell tower. The surrounding streets were paved with interlocking tiles, all storefronts on both sides of the street were painted in a unified colour, and hanging banners carried their names all written in a unified design commensurate with the architectural style of the church. A new fountain was constructed in Badrawi Square in which the church is located, and large car park spaces were established at the border of the square. In addition, sign-boards were installed on both sides of the street guiding to the landmarks of Samannoud. The vendors who had long peddled their wares in front of the church, causing dense crowding and leaving behind copious waste, were moved to another location.

Dr Anani expressed his happiness at opening the completed development of the first point on the Holy Family trail, describing the move as a ‘leap’ forward on that project.  He thanked Gharbiya Governor and the Minister of Local Development for their efforts in such a large-scale project. “It is a world religious heritage exclusive to Egypt,” he noted.

The Holy Family trail, he said, involves in its first phase the comprehensive development of sites in eight governorates, for the infrastructure of which the Ministry has allocated EGP41 million. Egypt’s Tourism Promotion Board, he said, is organising trips for pilgrims and media figures to publicise the Holy Family trail. 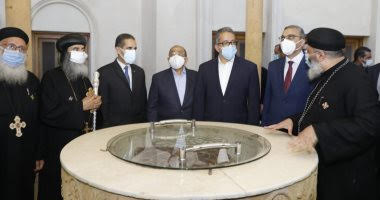 General Shaarawi referred to the importance of that national project on the political, heritage, religious, cultural and tourism aspects of the Egyptian State. For his part, Governor Rahmy awarded the two ministers Gharbiya governorate shields, whereas Anba Karas handed the Church’s shield to the two ministers and the Governor.

Anba Karas gave a short talk in which he thanked President Abdel-Fattah al-Sisi for his keenness on the Holy Family project, and Pope Tawadros II for his constant support and follow up; also the local inhabitants for their genuine interest and input in developing the neighbourhood. 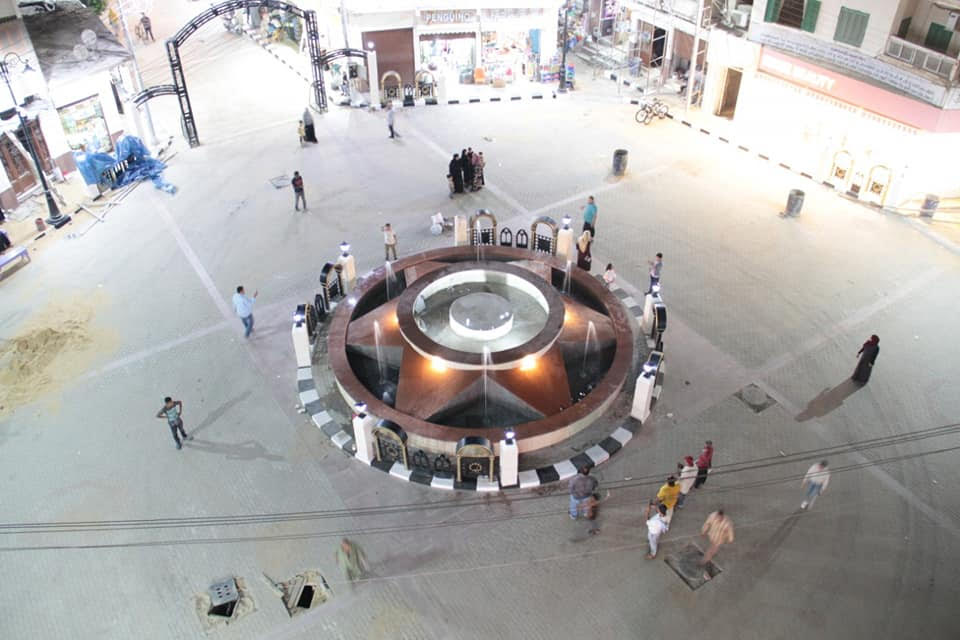 “This event has come following some 2,000 years during which the whole world knew nothing of the place or the Holy Family tradition in Egypt. As such, it is not only an achievement, but rather a miraculous one.