Yesterday, 14 May 2020, the Coptic Orthodox Church in Egypt lost Bishop- General Anba Rweiss who was widely loved for his calm peacefulness and humble self-effacement.

His funeral was held in Cairo in the afternoon of the same day, at al-Boutrossiya Church (church of St Peter and St Paul) in Abbassiya. Pope Tawadros II officiated, and a number of bishops participated in the service: Anba Danial, Bishop of Maadi, and Secretary-General of the Coptic Orthodox Holy Synod; Anba Markos, Metropolitan of Shubral- Kheima; Anba Yu’annis, Bishop of Assiut; Anba Clemondis, Bishop-General of al-Haggana and Almaza; and Anba Ermiya, Bishop-General and Head of the Coptic Cultural Centre. The service was broadcast live on Christian TV channels.

“An angel who lived among us”

Pope Tawadros described Anba Rweiss as a man who, at the age of 23, left the world with all its pleasures and headed to the wilderness to consecrate his life to Christ. “He lived a life of tranquillity, silence, and calm.

“When in 1969 Pope Kyrillos VI [patriarch from 1959 to 1971, and canonised in 2013] attempted to install him Bishop of Dumyat (Damietta), he declined, ran away, and retreated in the desert in self-isolation. At the time I was a secondary school student, and I remember reading in Egypt’s topmost daily paper al-Ahram news of a monk who ran away to escape being installed a bishop; I felt amazed at such unique behavior.

“In 1977, Pope Shenouda III [patriarch in 1971 – 2012] took him as papal secretary and general coordinator, then consecrated him Bishop-General.

“I will never forget that when I was consecrated Bishop-General in 1997, Anba Rweiss was the first to hand me a donation for the poor in the parish where I served.

“He used to attend the Holy Synod meetings, his presence always radiating calm and peace.

“He was an angel who lived among us, and has now gone home in peace. We ask him to pray for us.” 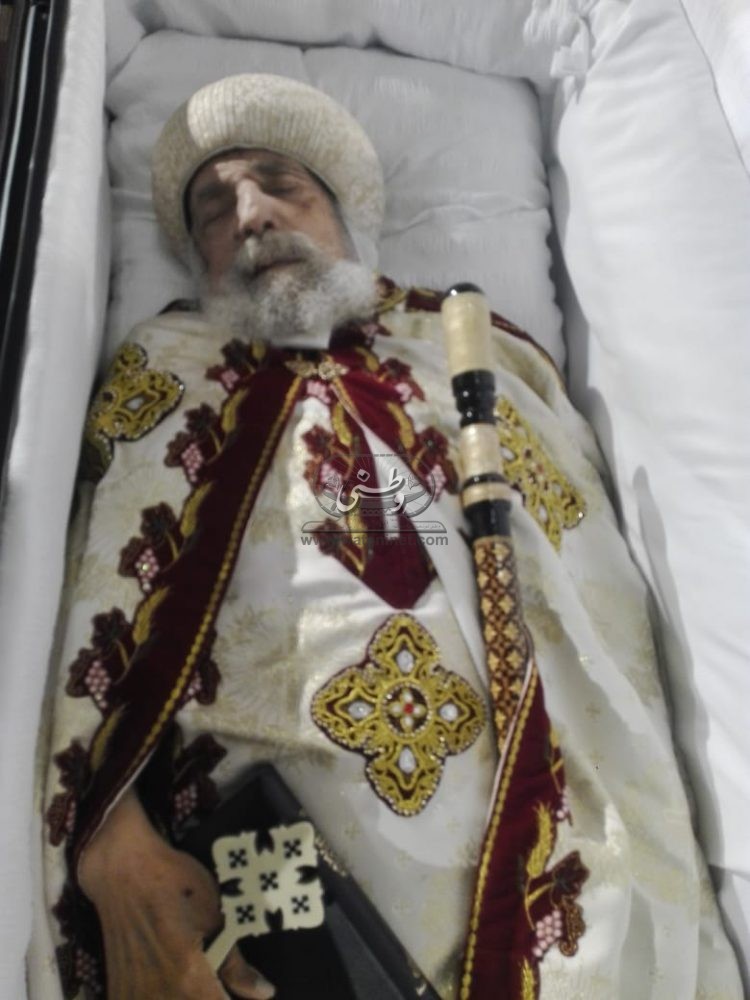 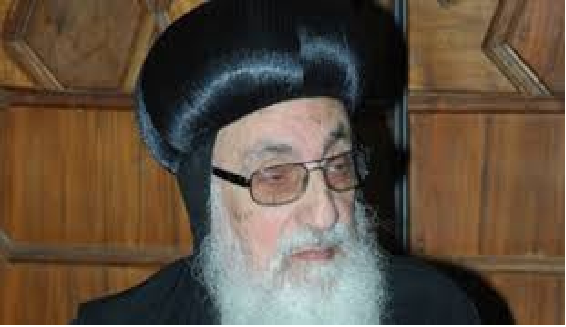 Choosing his own name

Anba Rweiss was born Mukhtar Fahmy al-Minwawy in May 1939 in the town of Mit Ghamr on the eastern branch of the Nile Delta. He graduated from Cairo University with a degree in Commerce in 1962.

In October 1963, Mukhtar al-Minyawi took orders in the Western Desert monastery of Deir al-Surian in Wadi al-Natroun, some 100km northwest Cairo, under the name Matthias al-Suriani. He was ordained a priest in January 1966; that same year, he was chosen by Pope Kyrillos VI as his secretary, then tasked with spiritual supervision of the Clerical College in Cairo. When, in 1969, Pope Kyrillos VI wished to consecrate him Bishop of Dumyat (Damietta), he ran away into the desert and could not be found till the Pope consecrated another Bishop. The story was so exceptional that it warranted coverage in the State-owned Cairo daily paper al-Ahram.8

Fr Matthias returned as supervisor of the Clerical College in 1970, then was delegated to London in 1971 to serve the Coptic congregation there.

Under Pope Shenouda III, Fr Matthias became papal secretary in 1971. In 1977, when he could no longer resist pressure to be made a bishop, Fr Matthias was consecrated Bishop-General in May 1977, under a name he chose for himself: That was the name of Anba Rweiss (also written Rueiss and Rewis), a 14th-century Coptic saint famous for his extreme humbleness and sublime spirituality. Fr Matthias wished that, as a Bishop, he would always be attached to the area of Anba Rweiss in Abbassiya, Cairo, which houses St Mark’s Cathedral, the papal headquarters, and a number of Coptic institutions, rather than be made a diocesan bishop.

The monk who said “No”

Mina Badie Abdel-Malek, Professor at Alexandria University, and researcher of and writer on Coptic history and figures, wrote to Watani about Anba Rweiss whom he knew personally as a graduate student in Toronto in the mid-1970s. At the time Fr Matthias, later Anba Rweiss, had been delegated for pastoral service in Europe and North America. Dr Abdel-Malek wrote that Fr Matthias, who he describes as “a genuine ascetic”, used to see pastoral service as a matter of utmost gravity, and himself not up to it. “If I speak of my own soul, whose deepest secrets I thoroughly know and understand, and who I can reproach and correct; if this soul has fatigued me in bringing me to the path of Salvation, how could I be responsible for thousands of other souls that need to be saved, and who I should lead along that path?”

A few months after Fr Matthias arrived at Toronto, his mother passed away. The Church in Cairo contacted Fr Marcos, priest of the Coptic Church in Toronto, and asked him to relay the news to Fr Matthias. The church elders met Fr Matthias, but were obviously at a loss how to tell him the sad news. Apparently, he got wind of the matter because he calmly looked at them and said: “You wish to tell me that my mother has passed away? Well, I passed away before she did. How can you offer condolences to a dead man?” He was referring, of course, to the vows he took as a monk, in which he renounced the world and accepted death in the ordination ritual. 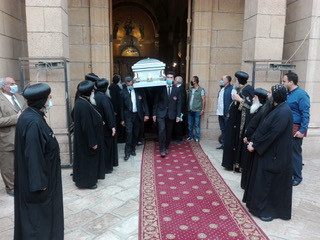 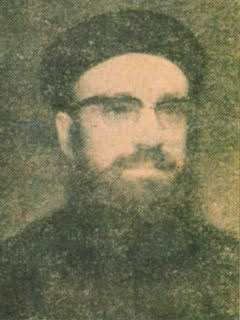 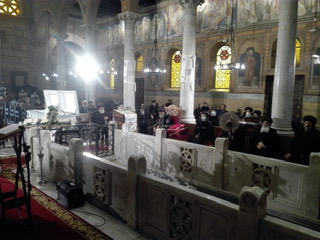 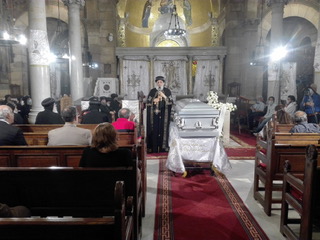 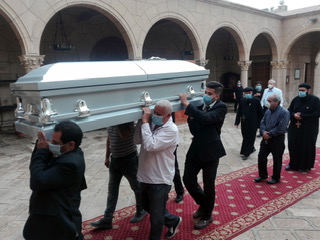 According to Dr Abdel-Malek, those residing in the neighbourhood of Anba Rweiss say they used to see Bishop-General Anba Rweiss go out at night and walk about the grounds, his arms folded around his chest. He would slowly walk in the moonlight, his eyes raised to the heaven, appearing to be in prayerful retreat.

Every Friday, he would wake up very early, and drive his old car to Coptic Cairo, to the church of the Holy Virgin, known as Qasriyet al-Rihan Church. There he would say Mass, then go back quietly to his cell at the grounds of Anba Rweiss.

In his last days, Anba Rweiss was victim of Alzheimer’s disease. Yet he continued to live in retreat in his cell at one of the buildings at Anba Rweiss grounds. He departed our world at age 81, peacefully and humbly as he had lived, a genuine hermit and ascetic.

May God rest his soul in peace.