The Coptic community in Melbourne, in fact the Coptic Orthodox community at large, was severely shocked on Monday 5 November at news of the resignation of Bishop of Melbourne, Anba Suriel.

The Bishop posted his resignation on his Twitter account, “in public, for all to see”, citing his history and remarkable work throughout 28 years of loving service in Melbourne, but saying that recent years were marred by “divisions and hate-filled actions”.

Anba Suriel asked the Coptic Orthodox Holy Synod to “prayerfully elect another” in his place. He nominated the current Vicar, Father Girgis al-Antony as the best candidate to “shepherd the flock” after him. Anba Suriel concluded his resignation by citing his wish to spend the rest of his days in desert-life solitude, stressing that his decision to resign is final, has long been considered, and will not change.

The resignation prompted massive, agonised response from Melbourne congregation. The majority found it hard to grasp and demanded of Anba Suriel to go back on his decision. The clergy of Melbourne and the Australian Coptic Movement both issued statements expressing deep sadness at the Bishop’s resignation, and calling on him to stay on. The Coptic movement asked the Church leadership not to accept the resignation, in view of the immense work Anba Suriel had achieved for the Church in Australia.

Anba Suriel was consecrated and seated as Bishop of Melbourne in 1990 at the hands of Pope Shenouda III. The parish was then 10-churches and 12-priests large; today it includes 26 churches shepherded by 41 priests. Bishop Suriel established Coptic schools, the world’s first accredited Coptic theological college, a hospital and a home for the elderly, to say nothing of the numerous churches and monasteries, as well as Eporo Tower in the heart of Melbourne, which acts as a Coptic cultural centre and campus for St Athanasius College. 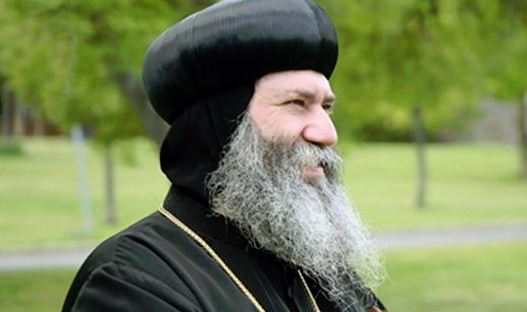 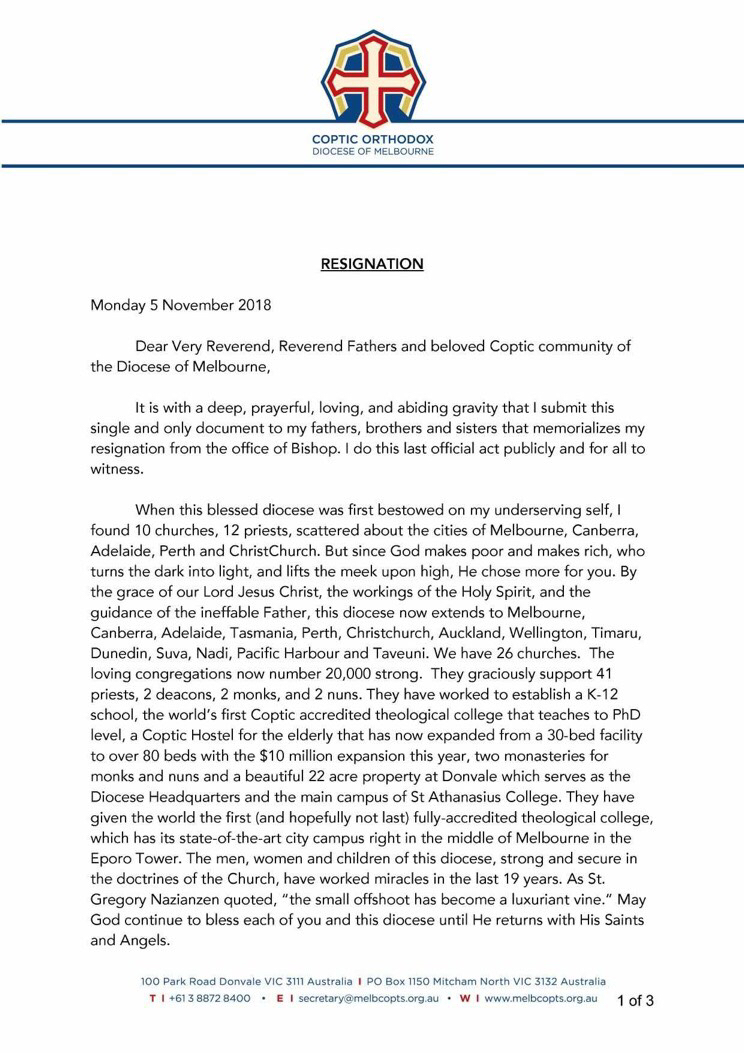 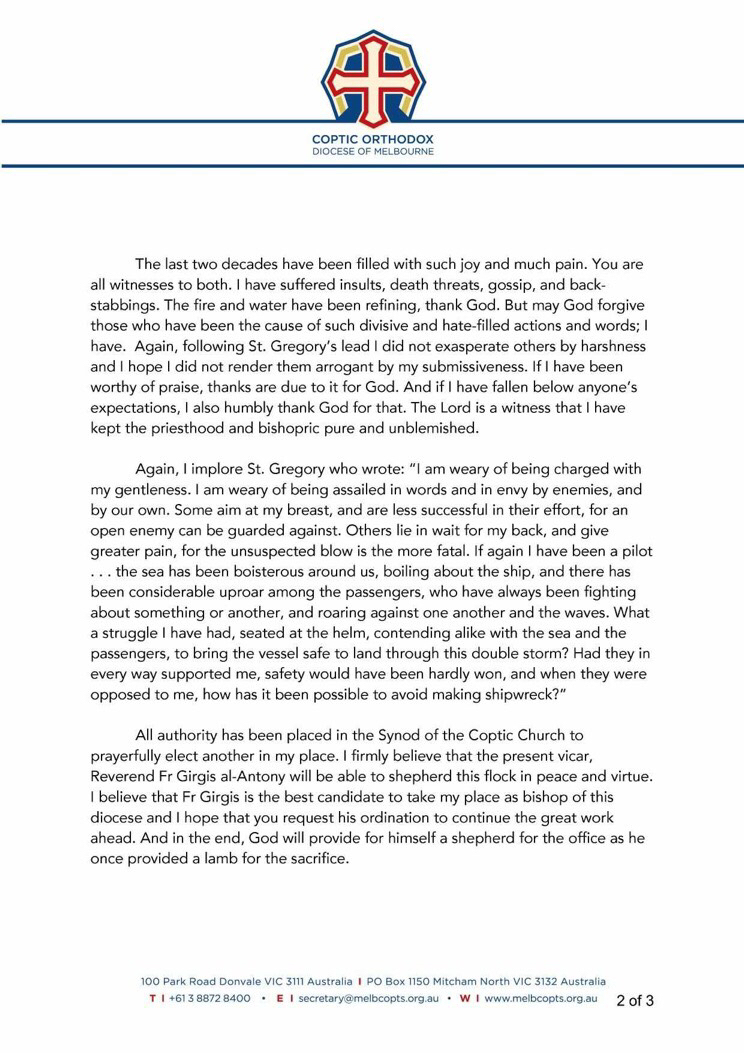 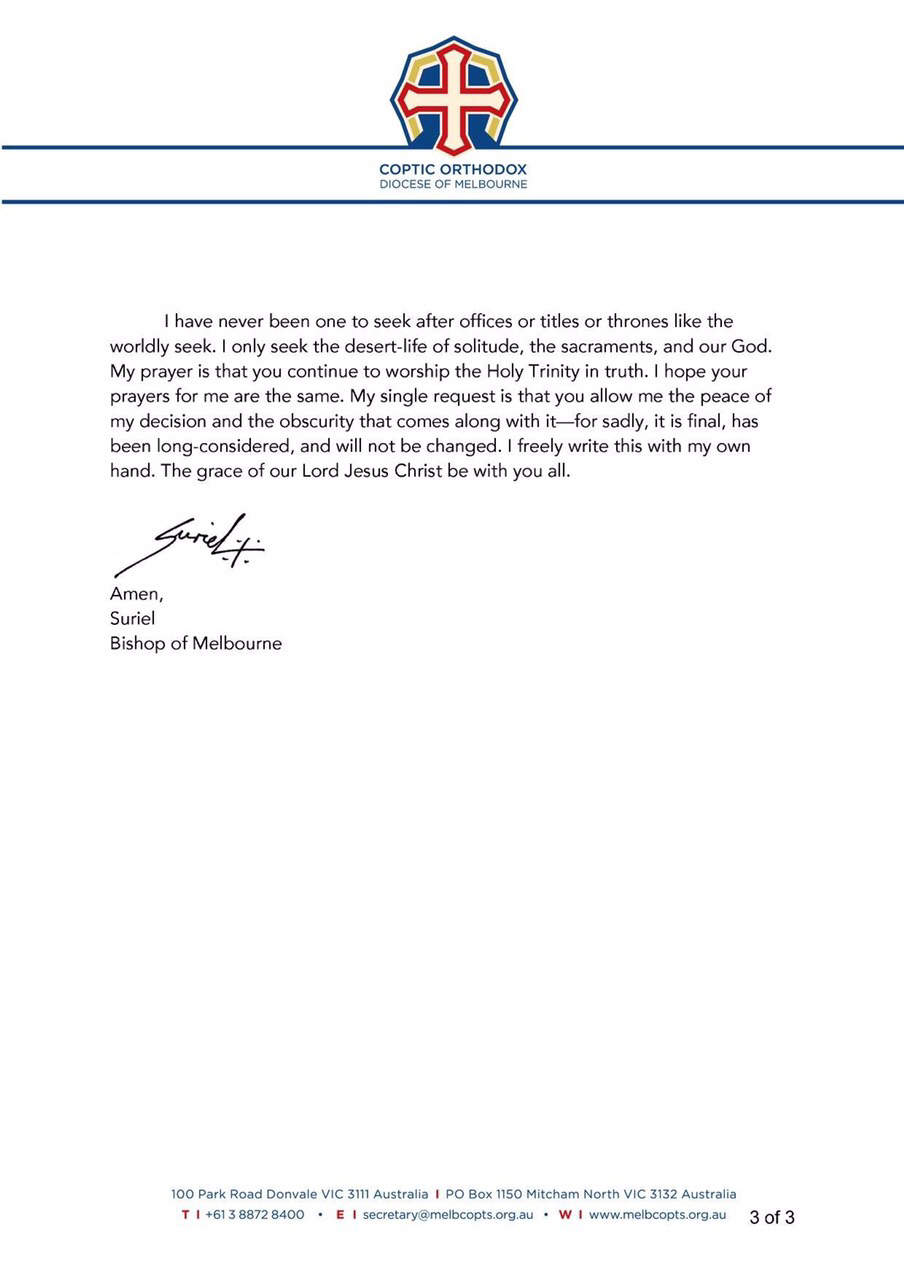