Tomorrow, 11 August, Alexandria Appeals Prosecution takes on from Wadi al-Natroun Prosecution the investigation into the murder of Anba Epiphanius, the late Abbot of St Macarius Monastery in Wadi al-Natroun in Egypt’s Western Desert. Anba Epiphanius was killed in the early hours of Sunday 29 July 2018 as he left his cell and headed to the monastery church for the Midnight Praise that precedes Sunday Mass. He was hit on the head with a heavy object and directly died.

Wadi al-Natroun Prosecution had last week charged Wael Saad Tawadros with murdering the Abbot. Mr Tawadros, 34, had taken orders at St Macarius’s in 2010 under the name Ishaia’ al-Maqari, and was on 5 August 2018 defrocked by the Coptic Orthodox Holy Synod’s Committee for Monasticism and Monastery Affairs for gross violations of monastic law.

Once Anba Epiphanius was discovered lying in a pool of blood, his skull crushed, the monks quickly moved him to the monastery clinic but he had already breathed his last. Pope Tawadros, who was then at the nearby monastery of Anba Bishoi for his weekly retreat, was informed, and ordered that the police should be directly notified. He also delegated his secretary Father Angaelos Ishaq to rush to St Macarius’s to follow up on the matter.

The police, together with 60 investigators from Wadi al-Natroun detective authority, public and national security authorities, and the public prosecution arrived at the monastery and directly closed its gates, allowing no one in or out. They combed the monastery and surrounding grounds for criminal clues, secured the CCTV cameras on the gates, and searched monk cells.

The possibility of the murder being a terrorist attack was discarded since it quickly became obvious the killer was all-too-familiar with the monastery, its regulations, the abbot’s cell, the hour he would leave his cell and the path he would take to the church.

The monks and the workers at the monastery were questioned, and the CCTV cameras examined. It was found that six monks had been in constant dispute with the late Abbot and had refused to obey him. Following prolonged questioning for over 20 hours; all the threads appeared to lead to the monk Ishaia’ al-Maqari who had been a rebel and frequent trouble-maker. Last February, he had been ordered to leave the monastery for three years, but the monks appealed on his behalf for a second chance at correcting his ways. But he never did that; in fact it was discovered he frequently left the monastery contrary to his abbot’s orders.

The evening of 4 August, the monk attempted suicide by drinking a pesticide, but he was taken to Damanhour public hospital, saved, and returned to the monastery. The following morning, the Church issued its decision to defrock Ishaia’ al-Maqari owing to his violation of monastic law; he was stripped of his monk name and went back to his lay name of Wael Saad Tawadros. The Church stressed that the defrocking decision was based purely on monastic law and had nothing to do with the crime which was the strict territory of the legal authorities.

Further questioning led to a confession by Mr Tawadros who could no longer conceal the truth; he confessed to committing the crime, and led the investigators to the instrument he had used to murder the Abbot: a heavy square iron beam which he hid in a scrap store on the monastery grounds. It took one blow on the head to kill Anba Epiphanius.

The following day, 6 August, came in with another sad event: another suicide attempt by another monk who had been under investigation, Falta’os al-Maqari, 33, who took orders at St Macarius in 2010. The monk Falta’os slit the artery in his wrist and jumped off the roof of a four-storey building in the monastery. He was moved to a Cairo hospital where he is recovering from back, pelvic, and leg fractures; and has been questioned by the prosecution.

The investigation team has now left the monastery grounds. But the investigation has not been closed; the investigators are following other threads and questioning more persons, including a man who worked as chauffeur for Mr Tawadros when he was the monk Ishaia’.

“We have nothing to hide”

It is no secret that the crime has sent severe shock waves through the Coptic congregation. Copts venerate monks and monasteries as ‘men of God’; as such, a great many Copts refused to believe such a brutal killing could have been committed in a monastery, by a monk. The collective pain appeared at times too much to bear.

It was thus a great comfort when Pope Tawadros II dedicated his weekly sermon on the evening of Wednesday 8 August to tackle in detail the topic of the crime at St Macarius’s.

“We have issued decisions to discipline monastic performance. And we’ll issue more such decisions. The congregation and monks should all help fulfil them.”

“My beloved, please understand that in Church we all move according to live consciences, and to the responsibility that makes us answerable to God alone. Be careful; beware of rumours; we announce everything; we have nothing at all to hide.

“Finally, again I say: Do not be shaken, be wise, be prayerful.” 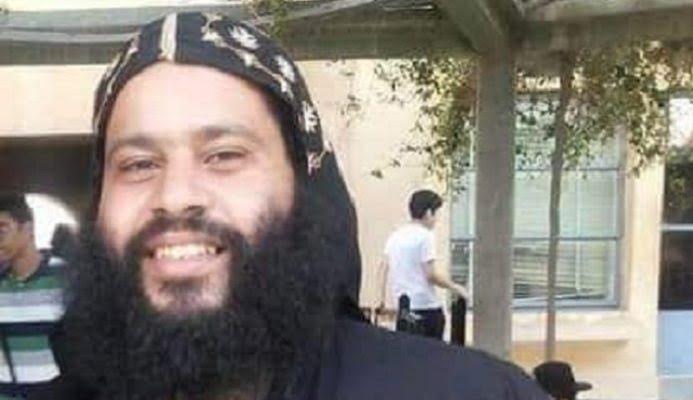