Pope Tawadros’s schedule on his Canberra and Melbourne visit, which began Tuesday 6 September and ran till 12 September, included an intense official and pastoral programme of meeting with the Coptic congregation, consecrating churches, opening and blessing new projects, as well as meeting Australian officials. He had been in Sydney since 30 August, and in Japan since 26 August on the first-ever visit by a Coptic Pope to the Asian country.

The Pope and the delegation accompanying him landed in Canberra on 6 September, where they were received by Egyptian Ambassador, Muhammad Khairat, members of the clergy, and members of the Coptic congregation of Canberra. He visited the headquarters of the Australian Parliament where he met Australian Premier Malcolm Turnbull, Minister of Immigration and Border Protection Peter Dutton, and Minister for Foreign Affairs, Julie Bishop. He also met the President of the Senate Stephen Parry, as well as a number of sitting MPs, among whom was opposition leader MP Bill Shorten and Peter Khalil, the first Coptic Australian to serve as federal politician.

Pope Tawadros held a press conference inside the Federal Parliament. This was followed by a lunch hosted by the Australian Federal Parliament in honour of the Pope.
Following that, the Pope laid the foundation stone of the Archdeacon Habib Girgis Building which is being built within the project of the expansion of Canberra’s Coptic Orthodox St Mark’s church.

In Melbourne, the Egyptian consulate held an event in honour of the Pope. Mr Khairat and Egypt’s Consul in Melbourne Muhammad Fakhry warmly welcomed the guests, among whom were a bevy of Australian officials and public figures as well as members of the Coptic community in Australia.

On Friday 8 September, the Pope consecrated the church of St Mina and St Marina and presided over Divine Liturgy. Participating with him were Bishop Suriel; Bishop Danial of Maadi, Egypt; Bishop Daniel of Sydney; Bishop Danial, Abbot of St Shenouda Monastery in Sydney; and Anba Hermina of Ain Shams and Mattariya, Cairo.

Pope Tawadros visited and blessed the Coptic Orthodox guesthouse in Melbourne, and opened a new wing at a home for the elderly run by the Coptic Church. The new wing is named after the late Fr Mina Rizqallah who has to his credit pioneering efforts in the area of guesthouses and homes. 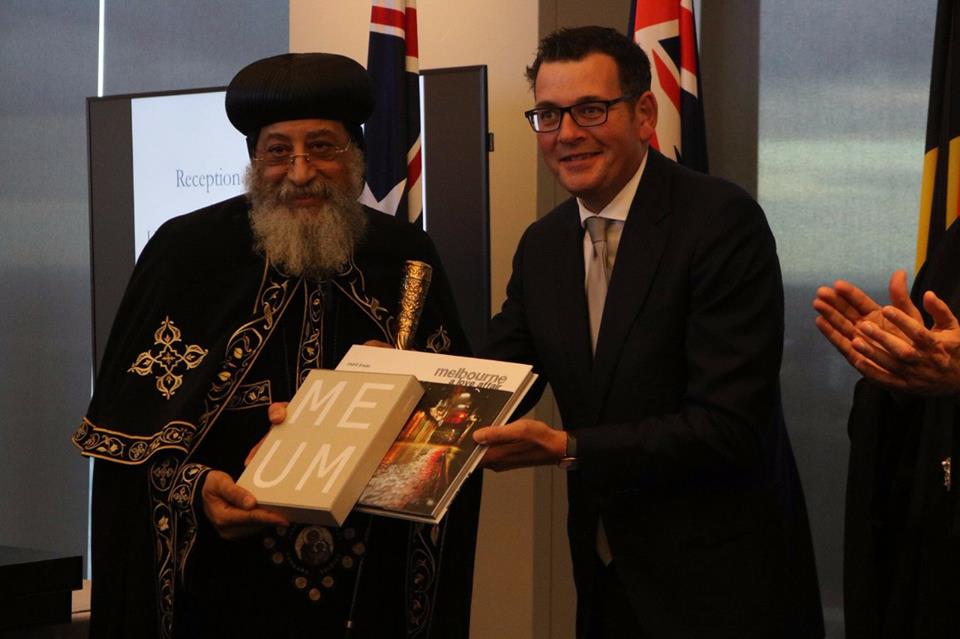 St Anthony’s monastery in Melbourne saw Pope Tawadros join Bishop Suriel in letting pigeons off to fly in the monastery’s sky, and officially open the St Shenoute monastic library. He later inaugurated the Archangel Michael Convent which he described as an “oasis of spiritual life”. He praised the two nuns who had come to Melbourne from St Demiana convent in Egypt to sow the seeds of Egyptian monastic tradition in Australia. He said that Coptic monasteries and convents the world over represent unity of spirit and prayer.

At the iconic St Paul’s Cathedral in the heart of Melbourne, Pope Tawadros delivered a sermon in which he talked about the Coptic New Year that begins 1 Tut, 11 September, the Anno Martyrum calendar that honours the Coptic martyrs. He connected martyrdom with sanctity which, he said, constitutes a life Christians should live for the glory of God. 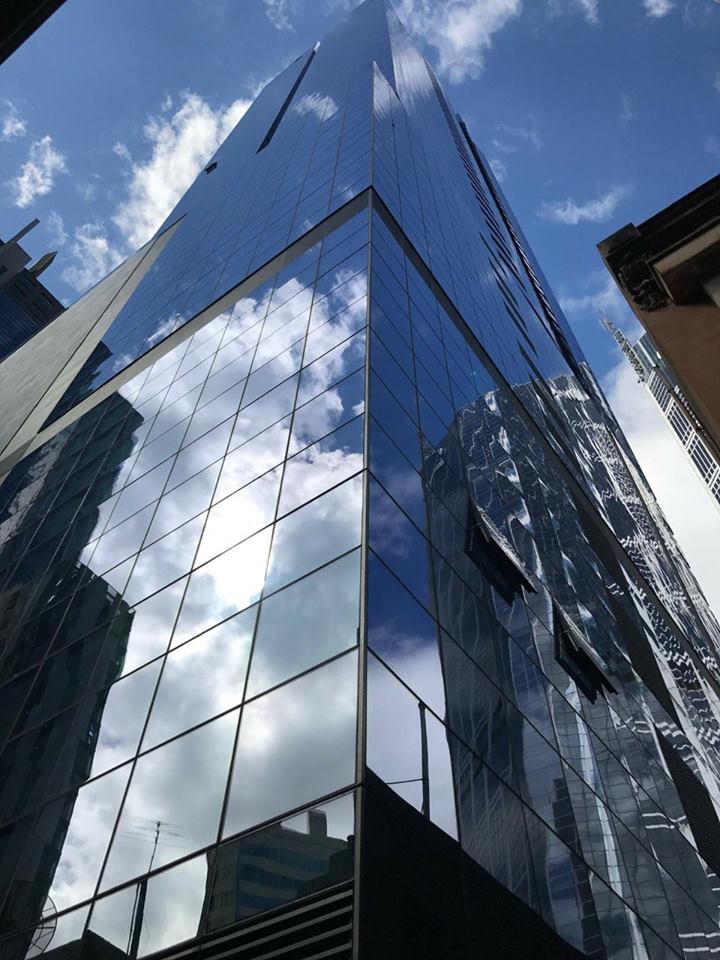 On 10 September, Pope Tawadros consecrated another Coptic church in Melbourne, in the name of St Verena and St Bishoi. He joined Bishop Suriel in opening the Eporo (Coptic for: The King [of Peace]) Tower in Melbourne, to act as a beacon of Coptic culture and activity, and house the Coptic Church offices and St Athanasius Theological College which is affiliated to the University of Divinity in Melbourne. The tower includes the beautiful St Verena and St Bishoi church, offices, a library, conference centre, study and research facilities, as well as facilities for other services. In attendance was Nabila Makram, Egypt’s Immigration Minster.

A gala dinner was held in the evening of 10 September in honour of Pope Tawadros. Governor of Victoria, Linda Desseau, attended; as did Mr Khairat, a number of MPs, and heads of various Churches. The Pope gave a word in which he said that the Coptic Church in Australia is a living example of the verse in the first Psalm which says: “That person is like a tree planted by streams of water, which yields its fruit in season and whose leaf does not wither—whatever they do prospers.” The Coptic Church in Australia, he said, started as a seed sown some 50 years ago; today it has grown into three parishes, numerous churches, monasteries and a convent, and schools. This, he said, is an extension of Egypt’s time-honoured civilization that has now reached Australia. 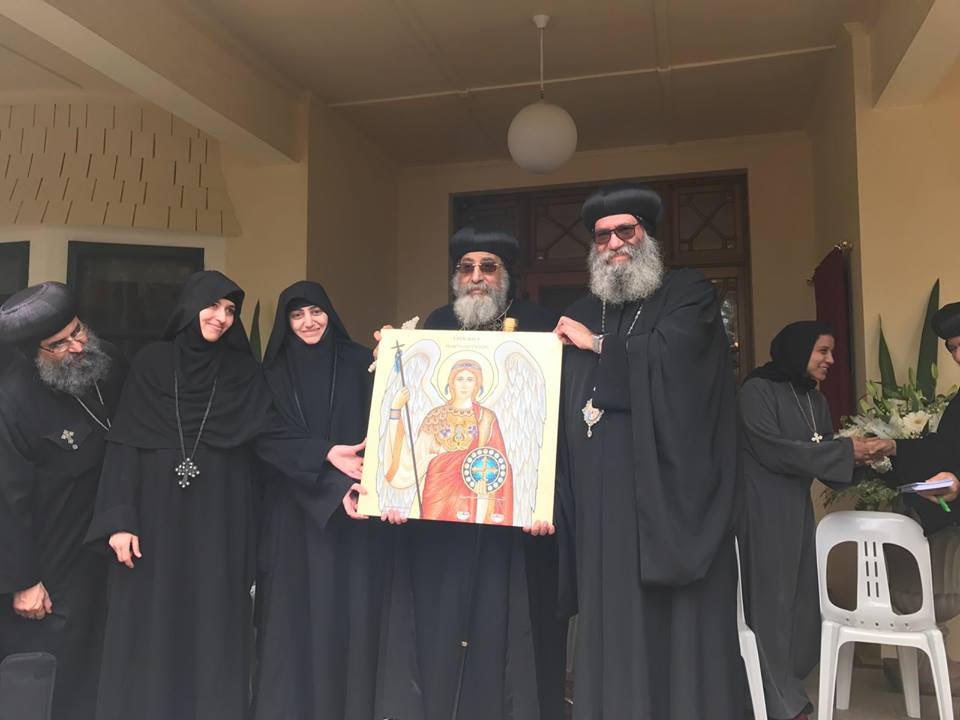 New Year with the young

The Pope celebrated Coptic New Year with a visit to St Mary’s Coptic Orthodox School in Melbourne The students joyfully welcomed him with hymns and songs; he eagerly joined in their activities and took souvenir photos with them.

In the evening, he attended a large gathering of Coptic youth. More than 1500 young people aged 16 to 35 were there to ask him questions and listen to him. The Pope addressed them with a spiritual message, and concluded by inviting them to visit Egypt where they would stay at the Logos guesthouse in the Western Desert monastery of Anba Bishoi and go on a tourist programme around Egypt and its Coptic landmarks. He exchanged gifts with them and joined in the traditional souvenir and selfie photos, then shook hands with every one of them.

An Australia-wide clergy conference then claimed the Pope’s presence at the Eporo Tower, during which he spent time with the clergy and answered numerous questions they asked.

Pope Tawadros also met students and graduates of the St Athanasius Theological College, and celebrated with them their top achievers.

The following day, 13 September, Cairo welcomed him back home with open arms.