“Welcome to Egypt; the birthplace of theatre in the Arab World”. The remark by the “Lady of Theatre”, veteran Egyptian actress Samiha Ayoub, aptly marked the opening of the 11th edition of the Arab Theatre Festival (ATF) at the Cairo Opera House.

Ms Ayoub’s welcome message concluded a documentary on the history of Arab theatre, which was screened during the opening ceremony.

The ATF was this year organised by Egypt’s Ministry of Culture jointly with the Arab Theatre Authority, under sponsorship of Sultan bin Muhammad al-Qasimi, the sovereign ruler of the Emirate of Sharjah and a member of the Federal Supreme Council of the United Arab Emirates, UAE. This year’s edition ran from 10 to 16 January, and featured participation of 650 actors and actresses, playwrights and critics from eight Arab countries: Egypt, UAE, Jordan, Tunisia, Morocco, Iraq, Kuwait, and Algeria, and the performance of 27 theatrical shows.

“It was here in Egypt that the ATF was born in 2009. Today, the festival is back to Egypt to drink from Cairo’s Nile,” Mr Abdullah said. The festival is hosted by a different Arab country each year, he noted, which gives each country the privilege of hosting such an important artistic event that unites all Arab nations.

“Egypt had once gifted the world with Ptah [the ancient Egyptian god of creation, fertility, arts and crafts],” Mr Abdullah said, “and Ptah’s legacy lives on among his people in Egypt where ‘Art’ is a persistent language and an eternal witness to a great civilisation.

“The ATF grows more splendid every year, and is a live witness to the growth of dreams. Because we, theatre lovers in the Arab World, dream to reach the stars.”

In his speech, Mr Abdullah said that the festival ranked in a very special position on Arab and international theatre map, and played a vital role in integrating with other Arab festivals.

Dr Abdel-Dayem delivered a speech in which she welcomed the guests “in their second home, Egypt”, noting that the return of the Arab Theatre Festival to Cairo, under the auspices of President Abdel-Fattah al-Sisi, confirms the State’s appreciation of culture and arts as a significant tool to raise awareness and build character, preserving thus the Arabic identity.

“Egypt’s concern with arts in various fields was and will remain a strong tool of encouraging creativity and enlightenment,” Dr Abdel-Dayem added. “Egypt’s Ministry of Culture, in cooperation with the Arab Theatre Authority, is endeavouring to have this year’s edition as a new leap that would include performances that reflect the vibrant theatrical movement in the Arab nation,” she said.

A documentary was screened on Algerian actor Sid-Ahmed Agoumi, including a number of scenes from his plays. He was then called to the stage where he was given a resounding round of applause by the audience.

Inspired by a novel by the Upper Egyptian writer and novelist Yehia al-Taher Abdullah (1938 – 1981), Al-Toq wal-Iswera was performed by al-Taleea Theatre, an offshoot of Egypt’s National Theatre).

Awards of the best theatre research went to Moroccan researcher Ali Allawy who ranked first for his research “In the need of producing renewed creative knowledge in theatre”, and Sudanese researcher Mahmoud Hassan Muhammad for his “Arab theatre as an entity beyond the heritage: A study in the cultural formats”. The third award was jointly won by the two female researchers: Moroccan Fatma Actifron, and Egyptian Marwa Wahdan.

In the playwriting competition, Egypt won the prize of the best script by Ayman Hisham Muhammad. Theatre groups and producers that took part in this edition were handed participation certificates. Among them were the theatres of al-Hanager, al-Taleea, and the National Theatre from Egypt; Orchid theatre from Morocco; al-Beit (the Home) Theatre from Tunisia; Experimental Theatre from Iraq; and al-Masrah al-Hurr (the Liberal Theatre) from Jordan.

Ms Abdel-Dayem expressed her pride that Egypt to realise such ‘Egyptian cultural triumph’ [according to her expression]. She thanked President Sisi for sponsoring this edition, and expressed her happiness to achieve dialogue between the Arab theatre makers on the land of Egypt.

Finally, on behalf of the Supreme Chairman of the Arabic Theatre Authority (ATA), Sheikh Sultan al-Qasimi, the Secretary-General of the ATF thanked all who contributed in the success of this edition and praised their efforts. 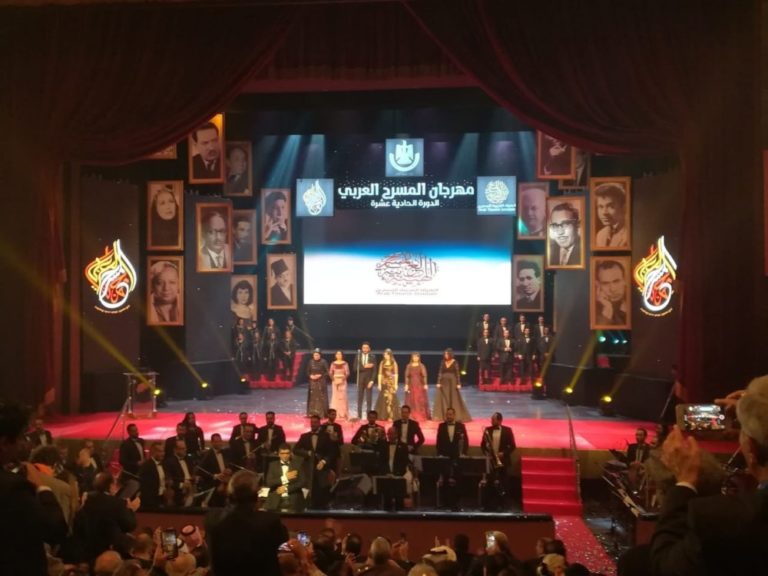 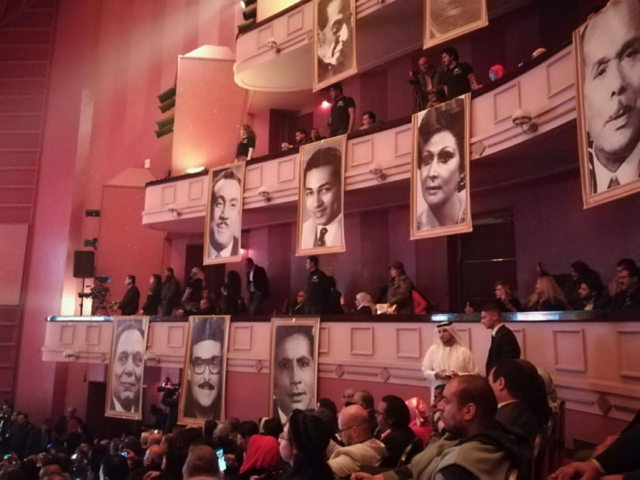 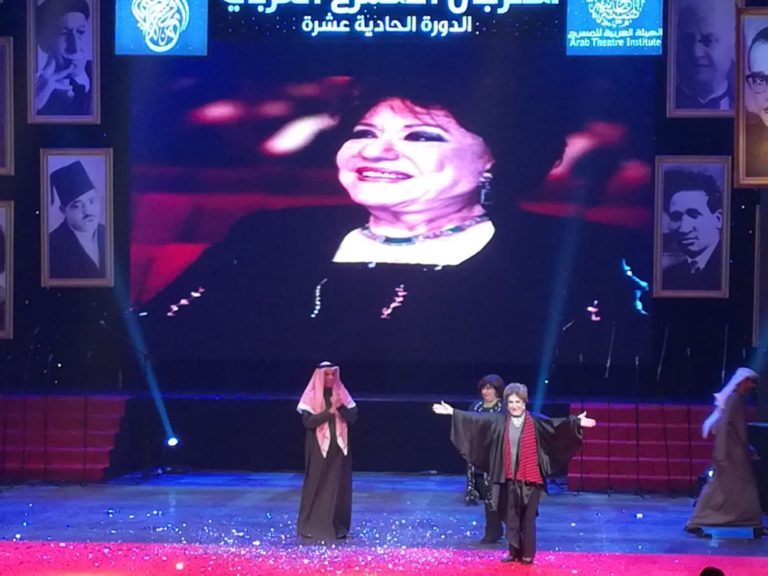 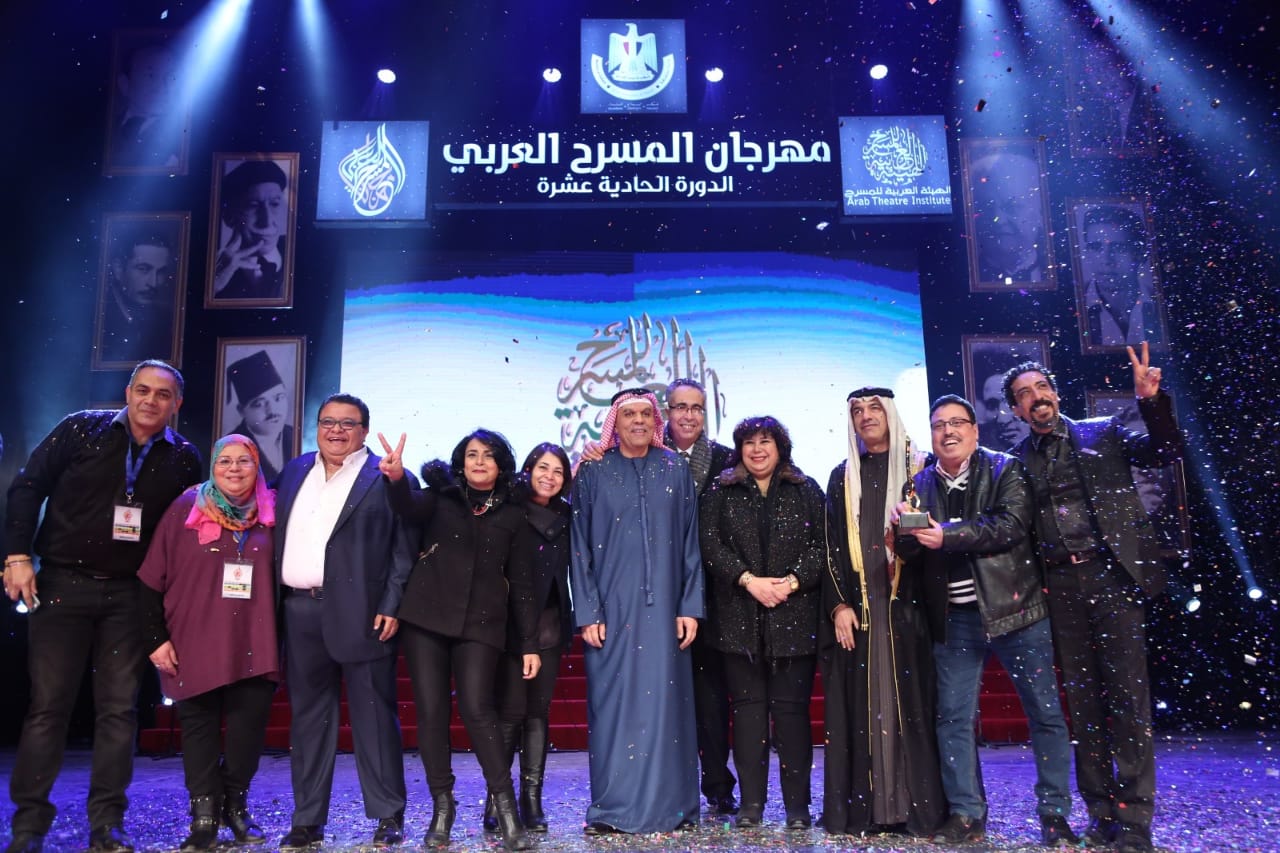 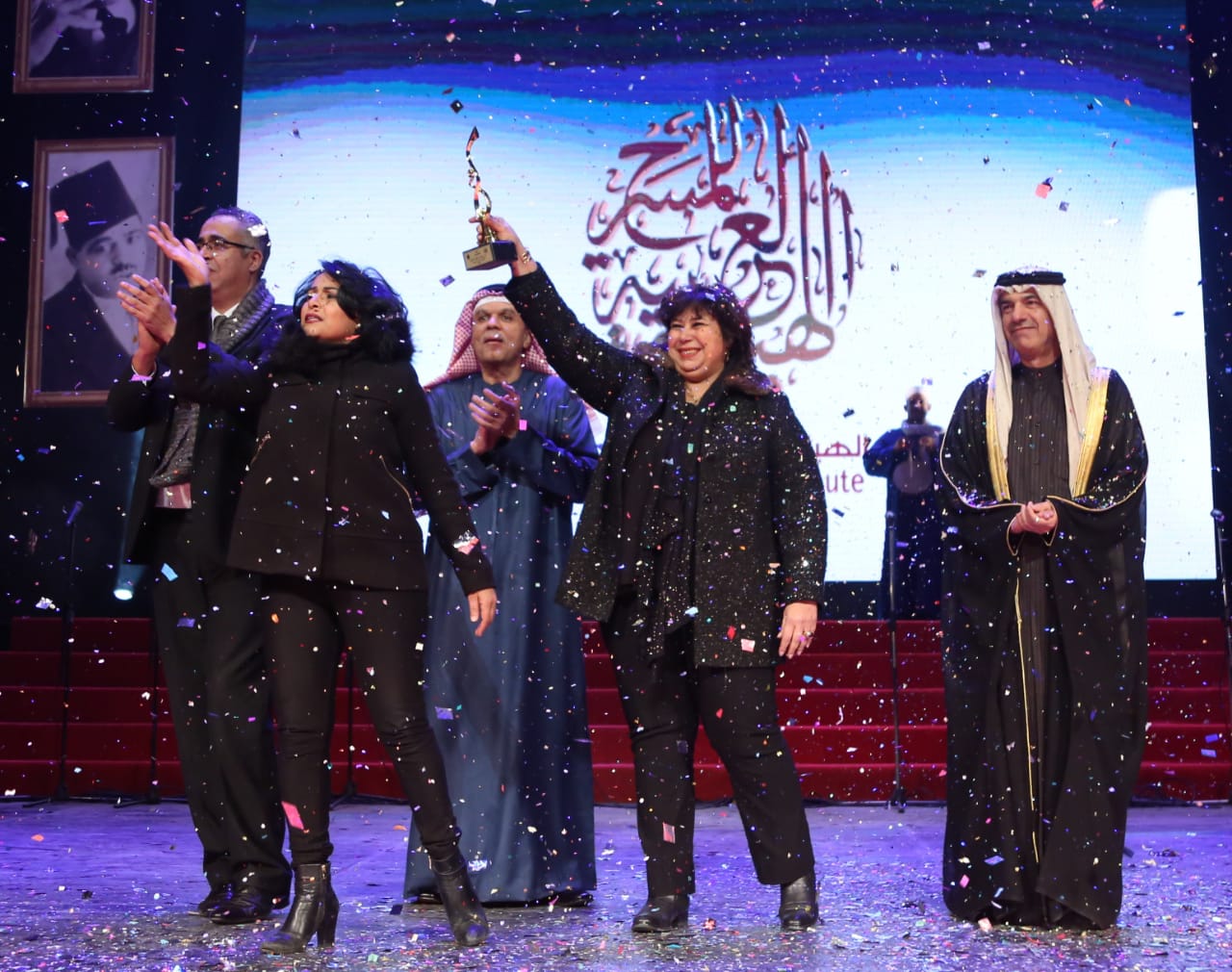