Anba Tadros, Metropolitan of Port Said, is expected in Sydney on the evening of Thursday 9 January 2020 for a visit which will run to 13 February. The Metropolitan’s visit will include, in addition to daily Mass celebration, a meeting with the assembly of the clergy of Sydney diocese at the church of St Mark in Arncliffe on 10 January, as well as meetings with the priests, deacons, and congregations of churches in New South Wales and Queensland. He will also be paying visits to the convent of St Verena in Leura, and the monastery of St Shenouda the Archimandrite in Putty, NSW. On 20 – 25 January, Anba Tadros will be visiting Melbourne. On 8 February, he will bless the Inaugural Combined Youth Conference between the Diocese of Melbourne and the Diocese of Sydney, which will be attended by Anba Pavli, Bishop General of Alexandria.

This will be the first visit by Anba Tadros to Australia in his capacity as papal delegate to Sydney. Anba Tadros has been assigned with full supervision over the Coptic Orthodox Diocese in Sydney, as per papal decision 17-2019 issued by Pope Tawadros II, and published on 27 December 2019 in issue 179 of the weekly al-Kiraza magazine, the mouthpiece of the Coptic Orthodox Church. The decision assigns Anba Tadros with pastoral, financial, and administrative supervision of Sydney diocese, and with writing a progress report every six months on the conditions there. He may take guidance from the Bishop of Sydney, when needed. 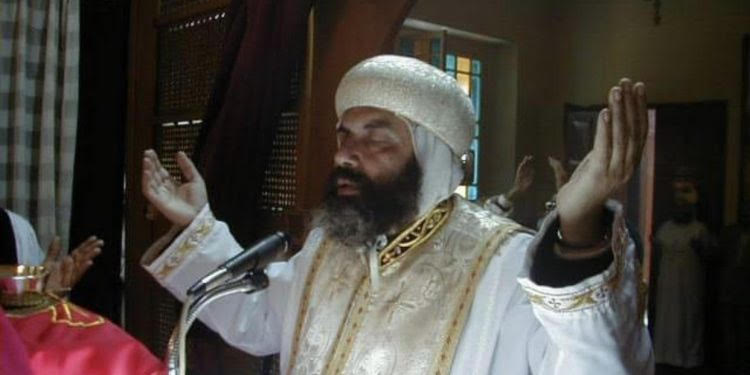 Father Hanna Gad had earlier been appointed deputy secretary to Sydney Diocese in place of Father Tadros Samaan, according to a statement issued by the Coptic Orthodox Church in Sydney on 19 December 2019.

A papal delegation had paid Australia a week-long visit from 27 November to 4 December 2019, to assess the situation in the diocese of Sydney and its affiliated regions, in response to rising complaints about debts incurred by the diocese and changes in rules to accord with Australian regulations. The delegation, which included Anba Danial, Bishop of Maadi and Secretary-General of the Holy Synod; Anba Pimen, Bishop of Naqada and Qous; and Anba Youssef, Bishop of Southern US; accordingly wrote a detailed status report on the situation and presented it to Pope Tawadros.