Armenian Orthodox Metropolitan Ashoud of Egypt and Sudan and All Africa has visited the Church of Holy Virgin and St Archdeacon Habib Girgis in Mahmasha, Cairo. 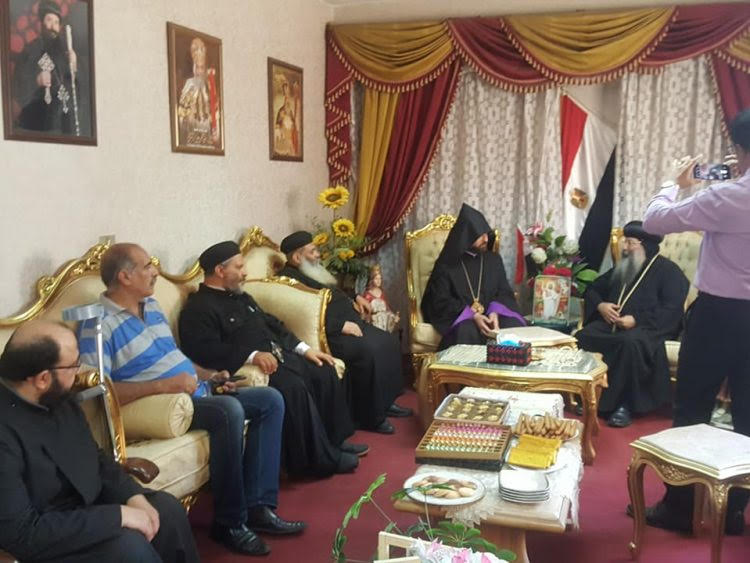 Metropolitan Ashoud praised the depth of spiritual relations between the Coptic and Armenian Orthodox Churches, under Pope Twadros II and Patriarch Karekin II. He spoke of the history of Armenian Church in Egypt, and its role in cultivating the congregation through education, and implanting Orthodox faith. 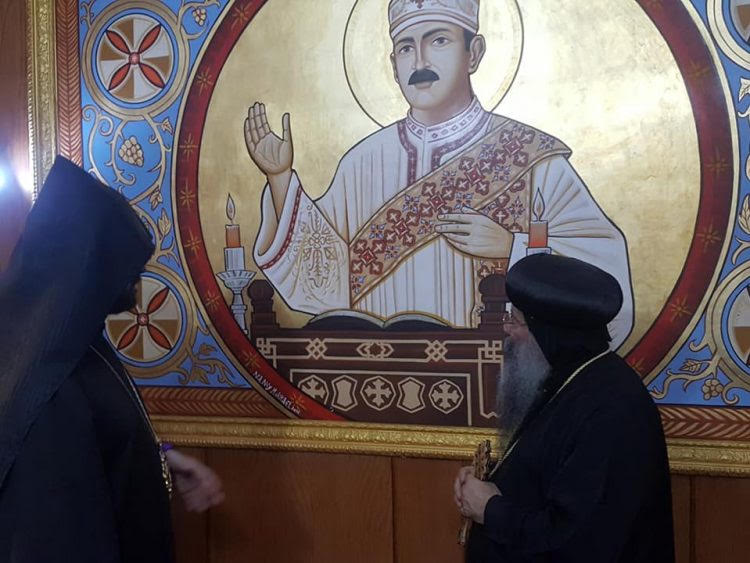 Before he left, Anba Martyros presented his guest with a Coptic icon of “The Good Shepherd”. 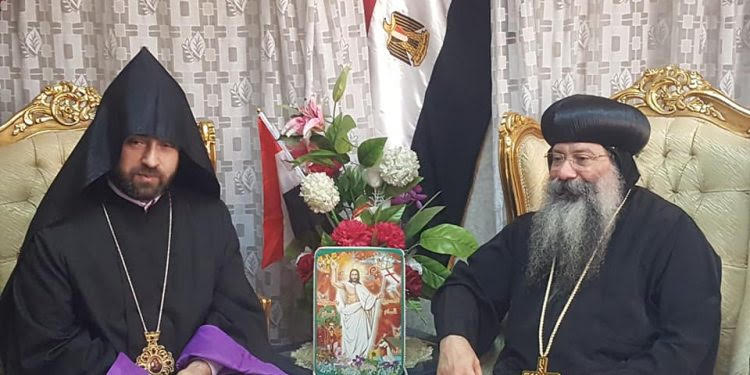 Archdeacon Habib Girgis (1876 – 1951) was granted sainthood by the Holy Synod of the Coptic Orthodox in June 2013. He was no bishop, priest or even monk or hermit, yet the amazing life and ministry of this layman in the late 19th and early 20th centuries made a great contribution to the Coptic Church. He almost single-handedly developed the Clerical College into what it is today and became its dean. He was also pivotal in founding the Coptic Orthodox Sunday School movement and in writing its first curriculum. He left an indelible imprint on education efforts in the Coptic Church. 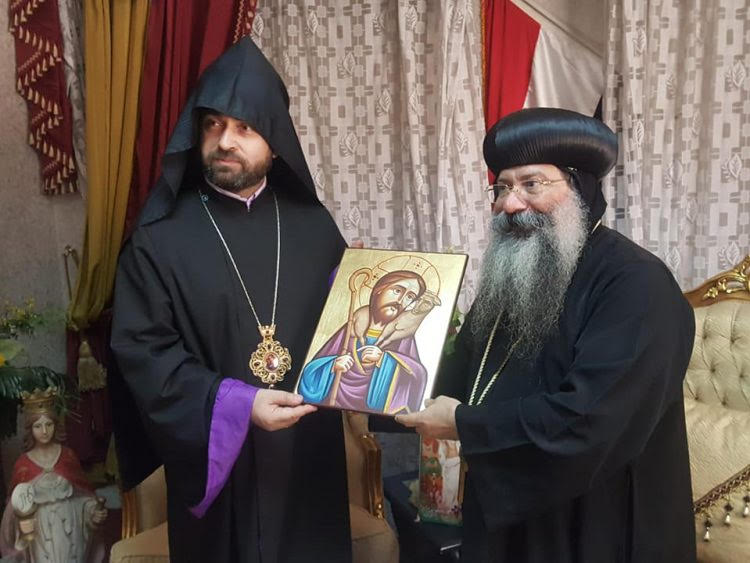 In 2014, his body was moved from the family grave at al-Gabal al-Ahmar on the outskirtsa of Cairo to a shrine especially prepared for him at the church of the Holy Virgin in Mahmasha in central Cairo.

Last year, the Coptic Orthodox Church commemorated 100 years on the foundation of Sunday School, and celebrated the remarkable man who founded it and who was canonised by the Church in 2013, St Archdeacon Habib Girgis. A mega celebration was held at St Mark’s Cathedral in Abbassiya, Cairo.

When a candle lights a candle 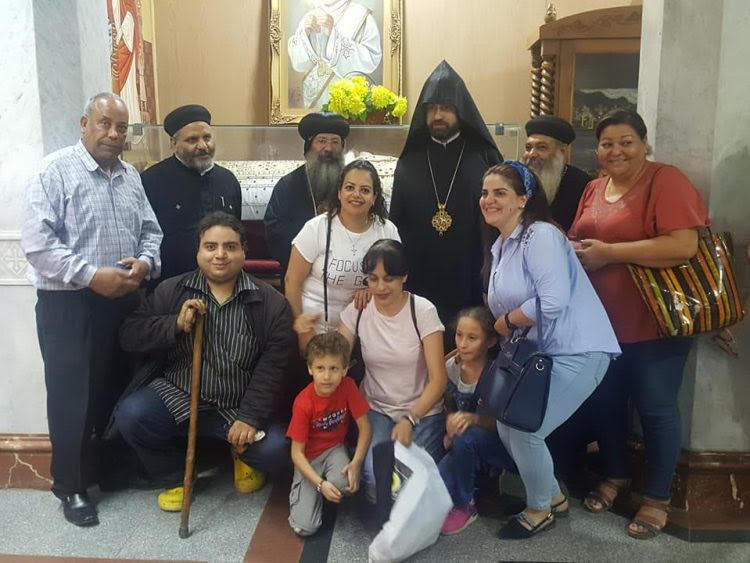