COVID-19 continues to spread in Egypt even as the Coptic Church goes through Khamaseen, the 50-day period of rejoicing the follows the Feast of the Resurrection, during which many young couples schedule their weddings. In light of these facts, the Coptic Orthodox Church’s Holy Synod issued on 30 April 2020 a declaration that allowed marriage services under certain conditions. The decision was in exception to the rules of church closure which were decreed on 21 March in an effort to abate the spread of COVID-19. The marriage service, the Holy Synod’s declaration said, may be attended by only six members of the bride and groom’s families, and would be officiated by one priest and one deacon. 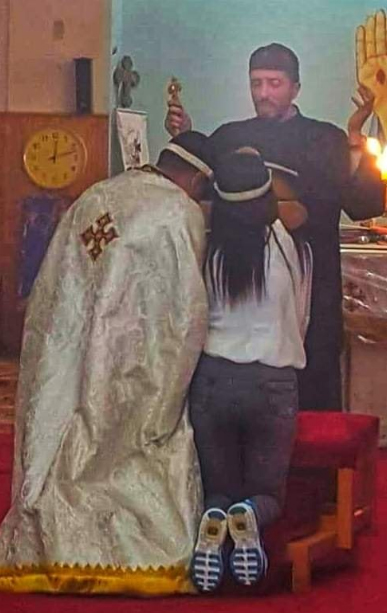 The following day, Friday 1 May, saw photographs of a marriage ceremony of a young Coptic couple in casual wear go viral on social media. The bride was Sandy Saeed, and the groom was Mina Malak; they had just married at the church of Mar-Girgis (St George) in Suez. Sandy was in a white blouse and black pants, and Mina was in a casual white shirt and trousers. Father Yuhanna Mounir officiated. 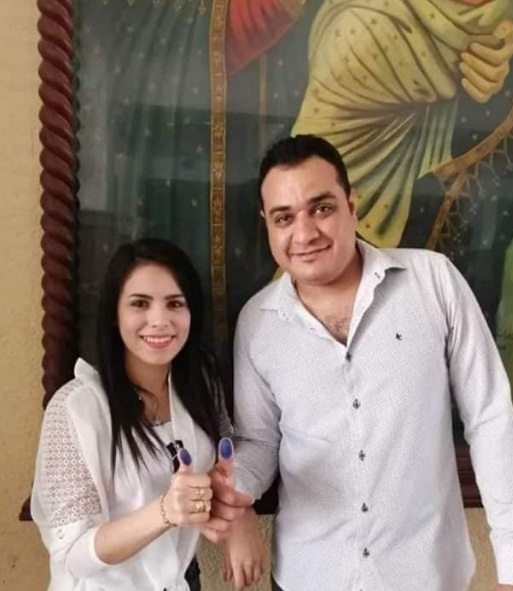 Mina and Sandy told ++Watani++ their story. Since they got engaged on 3 March 2019, they said, preparations for their new home and the wedding had faced many difficulties. “But we continued to attend Mass together every week, and we experienced God’s loving intervention in every step we took,” Sandy said.

“Finally, everything appeared to be going in the right direction, so we set the date of our wedding on 30 April 2020.

“But of course, we hadn’t taken into account COVID-19 or the closure of churches that would follow. When that happened, it was very hard for us. Everything was ready for us to get married, but the church was closed!”

“On 30 April. Mina called me and excitedly said: ‘Let’s go get married tomorrow! Only you and me, and six of our close family members. But there will be no time for a wedding dress or special hairdo. Do you agree?’ I said: ‘Yes, I do’. 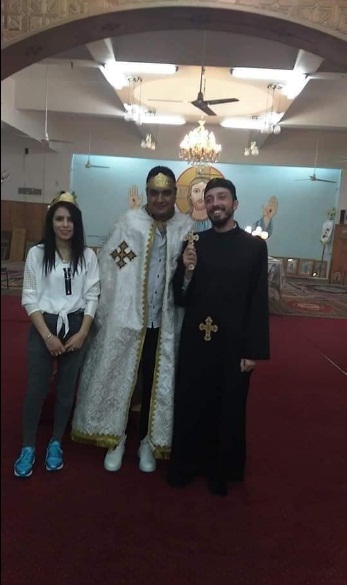 “So there we were on 1 May 2020 at 11:00am in the church of Mar-Girgis, signing our marriage contract and receiving the matrimonial sacrament. It was a wedding like no other.”

Mina said that his parents blessed their decision. “A marriage service is not about the bridal gown and groom’s suit,” he said. “The joy is in the bond itself, the sacrament, and chosen life-partner.”