Icons for Copts beheaded by Daesh in Libya

The bodies of the 20 Copts beheaded for their faith by Daesh in Libya in February 2015 are now home in their final resting place. A shrine was built for them in the church consecrated in their name: the Church of the Martyrs of Faith and the Nation in the village of al-Our in Minya, some 250km south of Cairo.

The church was built to honour them by order of President Abdel-Fattah al-Sisi. At the same time, the Coptic Church declared them Martyrs of Faith, and declared the date their beheading had been made public, 15 February, an annual feast to celebrate modern-day martyrs.

The Church of the Martyrs of Faith and the Nation in al-Our was recently adorned with a number of icons around the shrine. The shrine is in the upper floor of the two-storey church, and carries the message: “This shrine contains the relics of the martyrs of the Coptic Orthodox Church in Libya”. The relics of each of the 20 martyrs were placed in a wooden tube which was in turn placed in a red velvet covering which carried the photograph of the martyr and his name.

The icons were done by two Egyptian iconographers: Edmon Kamel and Hany Sawiris.

One icon depicts Jesus Christ on His throne surrounded by the four living creatures. The verse: “Look, I am coming soon! My reward is with me, and I will give to each person according to what they have done,” (Rev. 22:12) is engraved above the icon. 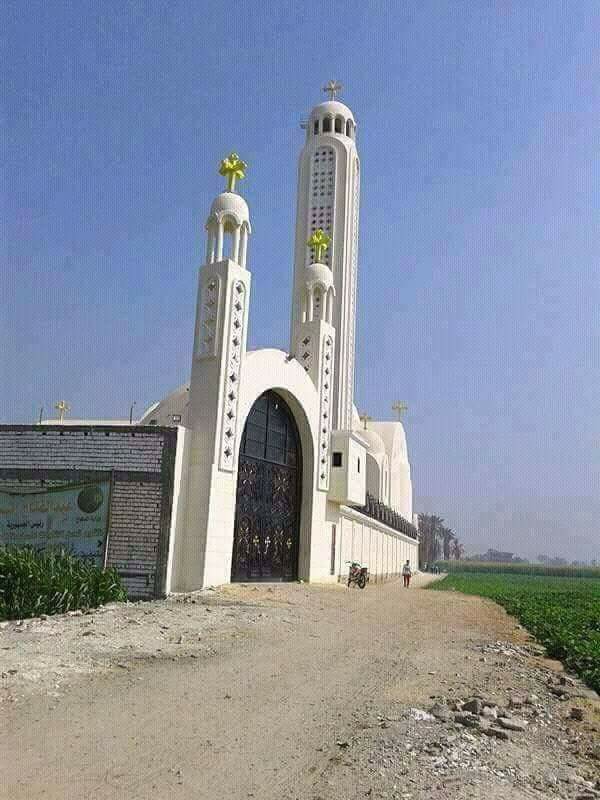 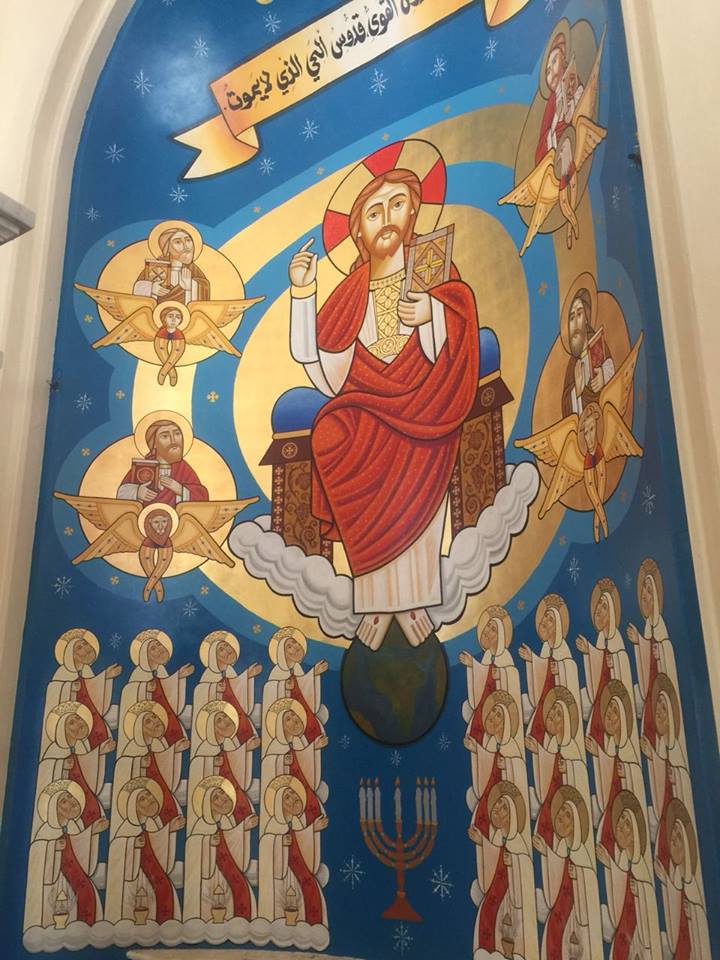 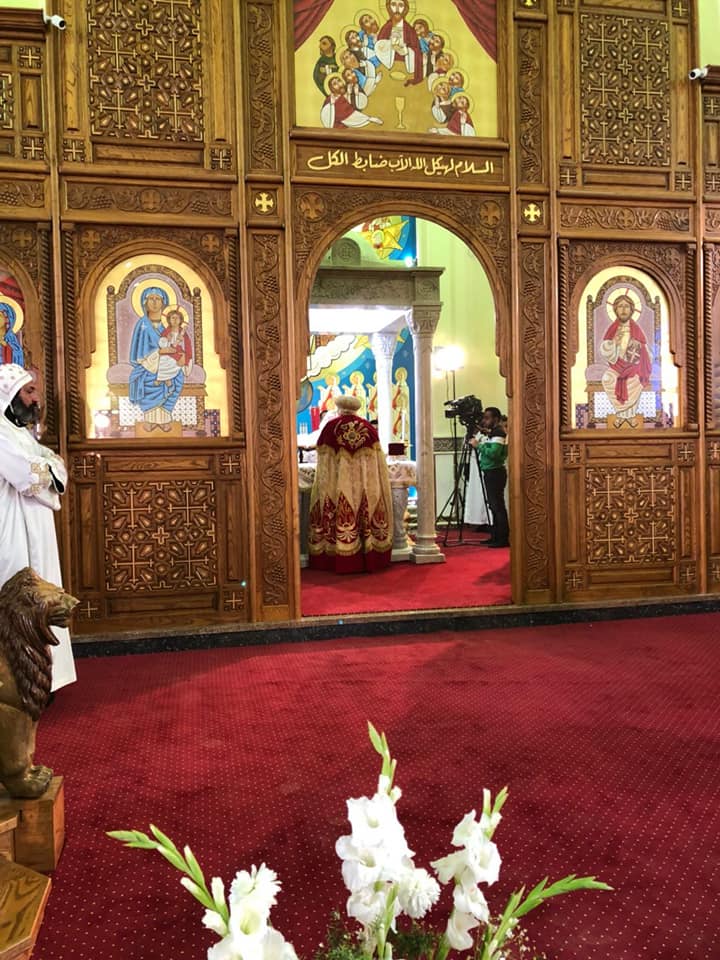 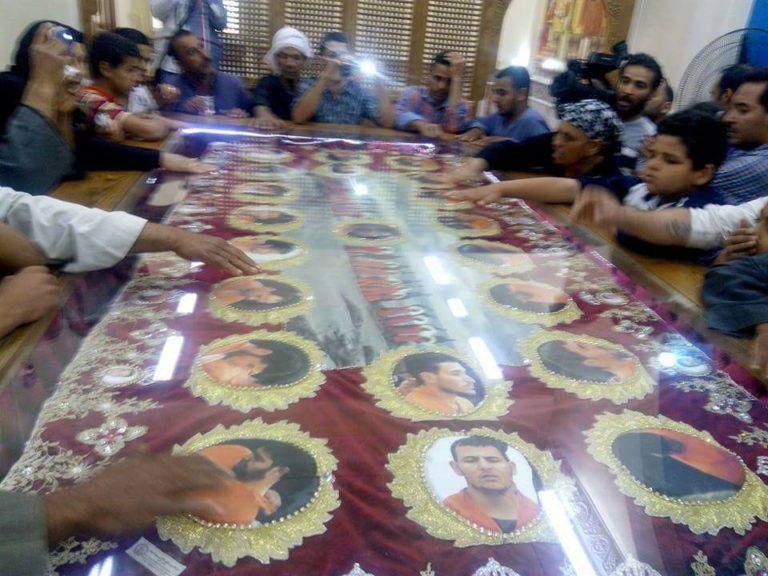 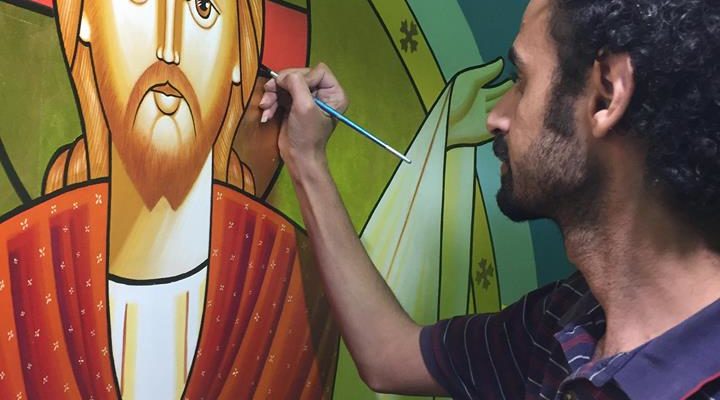 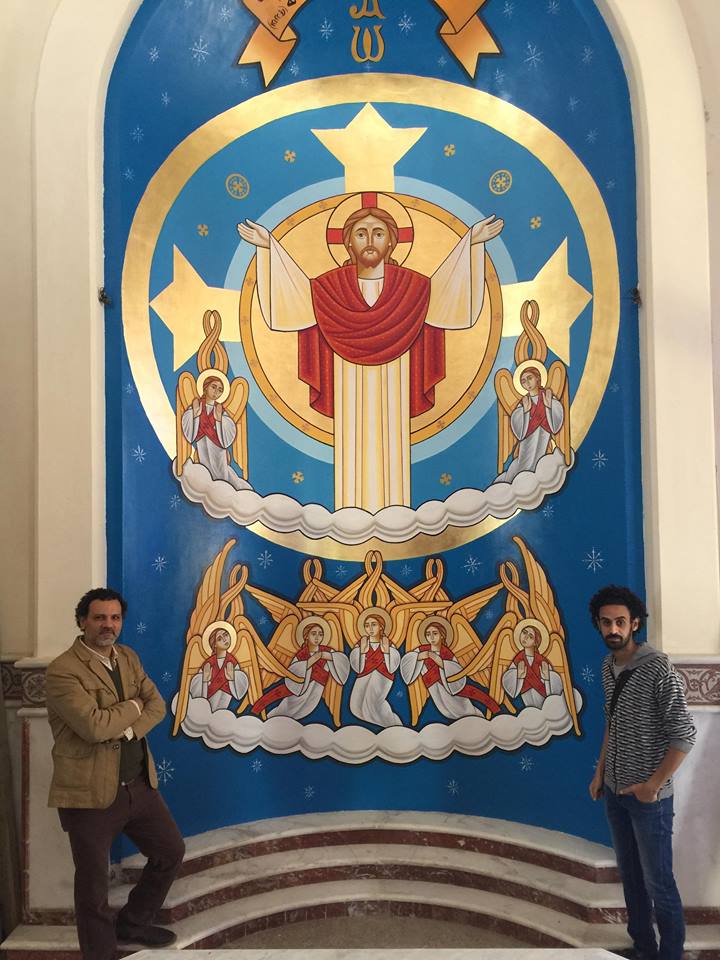 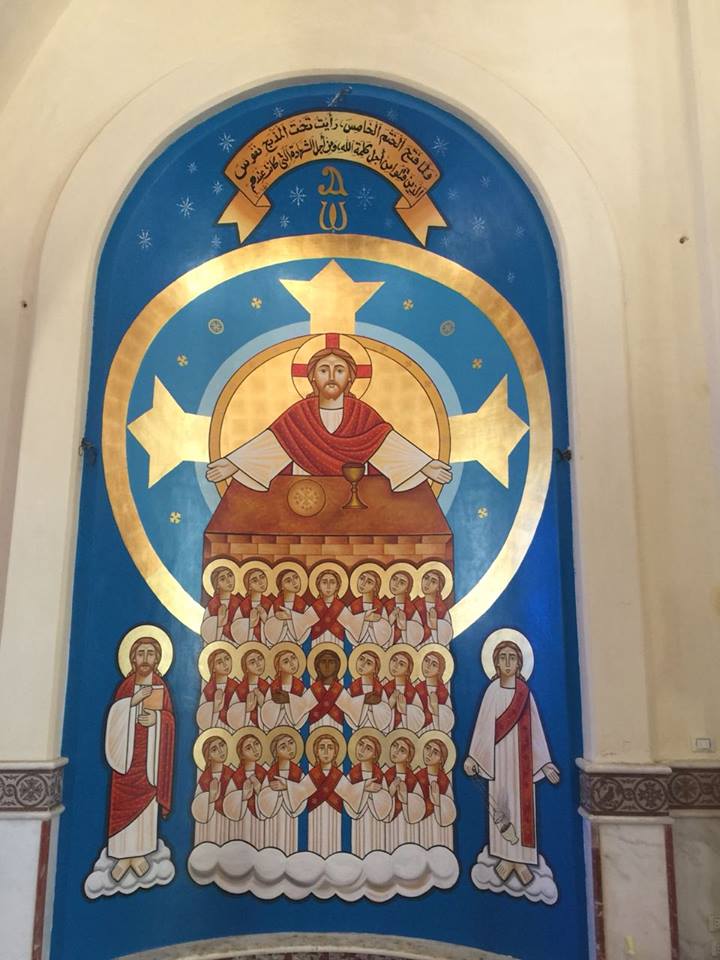 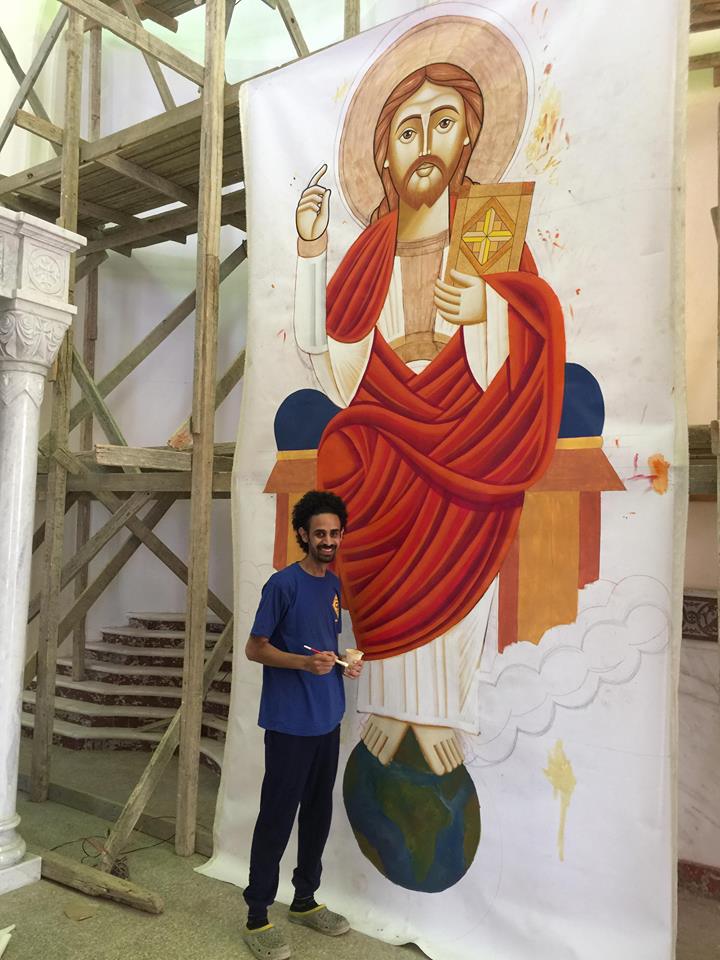 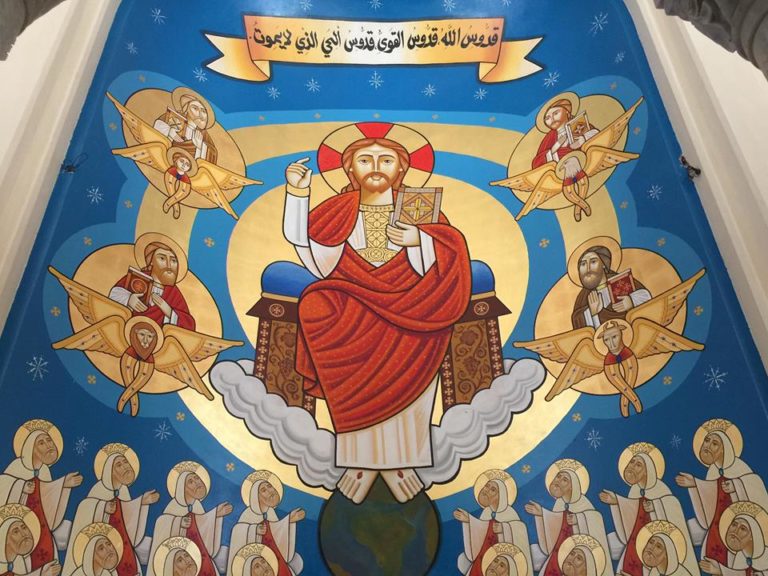 Another icon depicts Jesus as the High Priest standing on the altar under which lie the souls of the 21 martyrs—20 Copts and one Ghanaian who was beheaded with them but whose body was moved to Ghana—as was written of martyrs in the Book of the Revelation.

According to Kamel, the martyrs in his icons are depicted in white gown, like deacons, symbolising purity of soul. Above the altar, there is the verse, “And when he had opened the fifth seal, I saw under the altar the souls of them that were slain for the word of God,” (Rev. 6:9).

On the left of the altar, there is an icon of the martyr St Mark the Evangelist who founded the Coptic Church of Alexandria, whereas on the right is an icon of St Stephen, the first Christian martyr.

The iconostasis includes a number of icons depicting the Last Supper; the Crucifixion; the Holy Virgin Mary; St John the Baptist; and the twelve Disciples.

Among the icons written by Sawiris in the 30sq.m.shrine is one that depicts Jesus Christ holding the 21 martyrs. On each side, an angel holds in one hand a palm branch as a symbol of victory over death, and in the other hand a trumpet that declares the greatness of the martyrs’ faith. It draws on the verse in Revelation 7:15 “Therefore are they before the throne of God, and serve him day and night in his temple”.