While in Alexandria last week, Pope Tawadros II received the new board of directors of Morcossia Language School (MLS) of Alexandria, chaired by Father Abra’am Emil deputy of Alexandria Diocese. MLS is a among the Coptic schools in Egypt. The Pope urged the members of MLS board to strive to develop the educational and administrative systems of the school in order to provide a modern educational service in line with modern-day technological era requirements.

Coptic schools were established in Egypt at the hands of Pope Kyrillos IV, patriarch from 1854 to 1861, rendering the Coptic Orthodox Church a pioneer in education in Egypt. Pope Kyrillos IV also established the first school for girls. In the 1960s, these schools were ‘nationalised’ in the sense that they were brought under the control of the Ministry of Education, with the Church retaining a minimal supervisory role over them. In recent years, however, the schools were returned to the Church, and the Church was allowed to go back to being an active player in the education field. Since then, the Church has modernised its old schools and has been establishing new state-of-the-art ones.

Pope Tawadros also received Father Barnaba Raphail who told the Pope all about the new Rhacoti school, still under construction in Alexandria. Rhacotis is the name of the ancient city that stood where Alexander the Great built Alexandria and lent it his name. 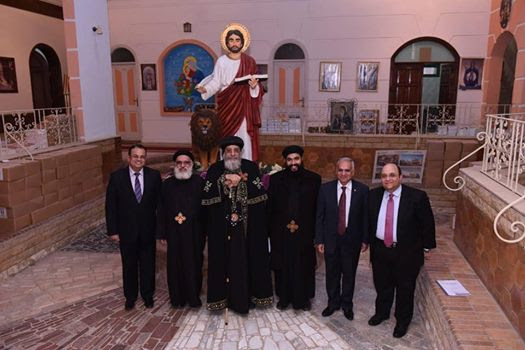 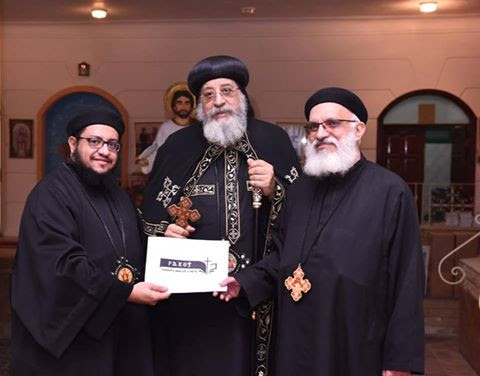