Father Maqar Saad, priest of the church of Mar-Morqos (St Mark) in al-Manshiya al-Gadida in Shubral-Kheima, Qalyoubiya, north of Cairo, was shot to death this morning by a Coptic worker at the church.

Kamal Shawqy, the killer, is in his fifties, has a wife and eight daughters, and is an odd-job worker at Mar-Morqos’s. He shot Fr Maqar in the church bookstore. 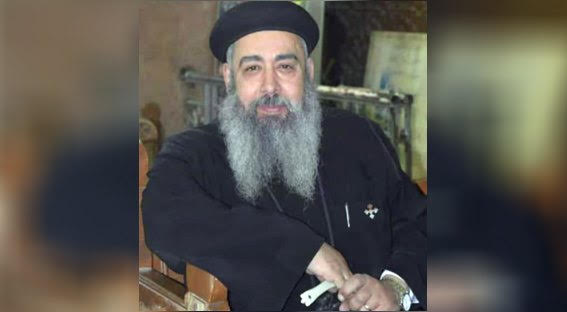 According to members of the congregation, Shawqy held a grudge against Fr Maqar for having promised to help him financially with the marriage of one of his daughters but, according to Shawqy, did not do as he promised. He was seen by witnesses talking with Fr Maqar in his office this morning.

A statement by Qalyoubiya security directorate said that Shawqy confessed to murdering Fr Maqar, saying he determined to kill the priest because he wouldn’t give him the necessary financial help to marry off his daughter. Shawqy said Fr Maqar gave him a mere EGP1,000. Upon which, the statement said, he bought the gun from some ‘unspecified person’ with the intention of killing the priest.

Father Maqar was born in March 1956, and was ordained a priest in February 1995. He was famous for his quiet, calm nature.

The Bishopric of Shubral-Kheima issued a statement in which it mourned in him “a dedicated priest and father who faithfully served the Church and congregation for close to a quarter-century”.

Fr Maqar leaves behind a wife and two daughters. 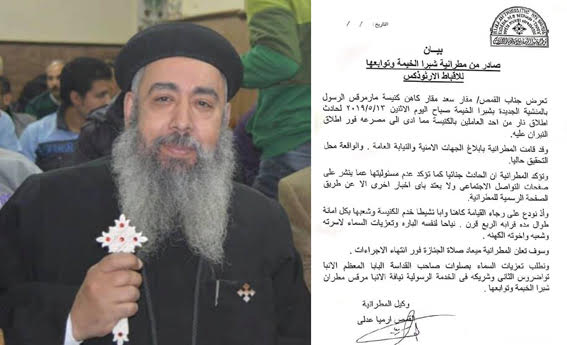