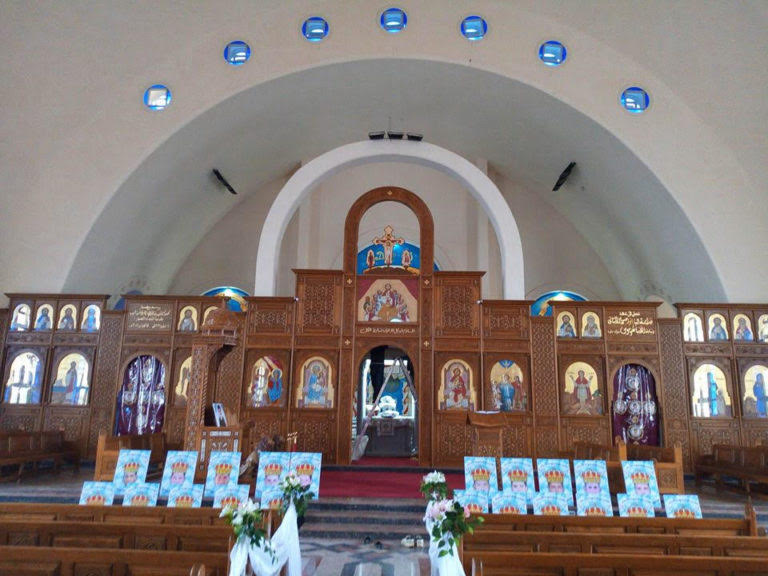 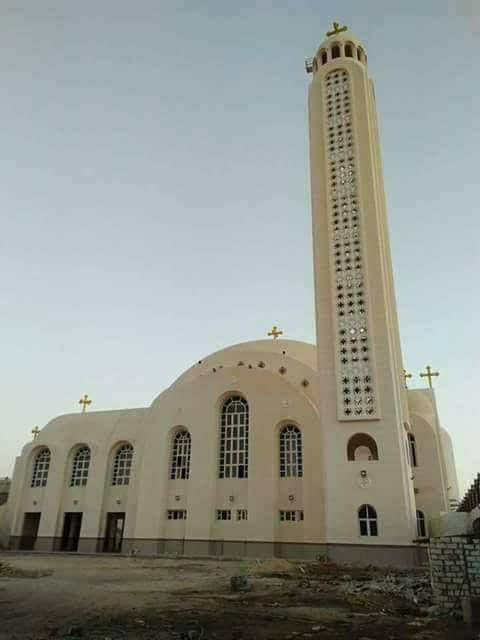 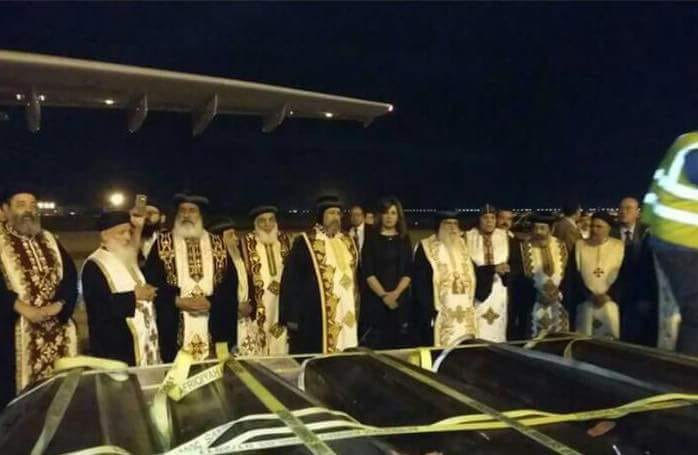 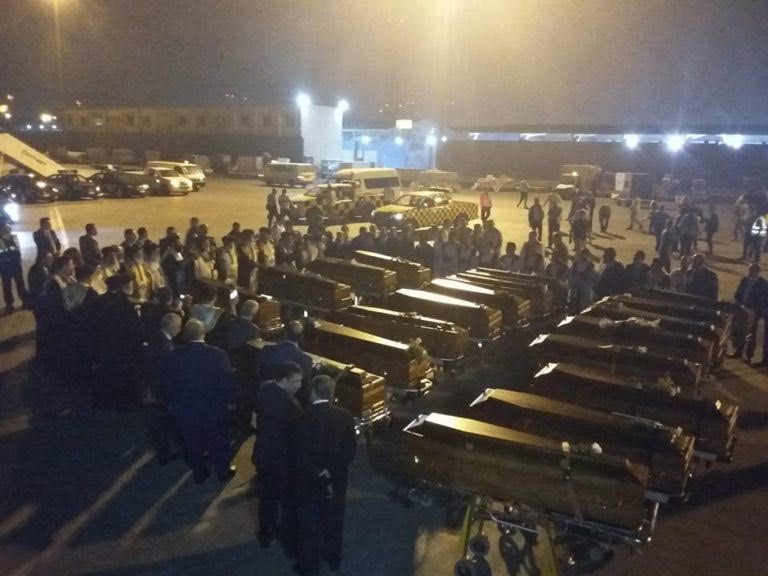 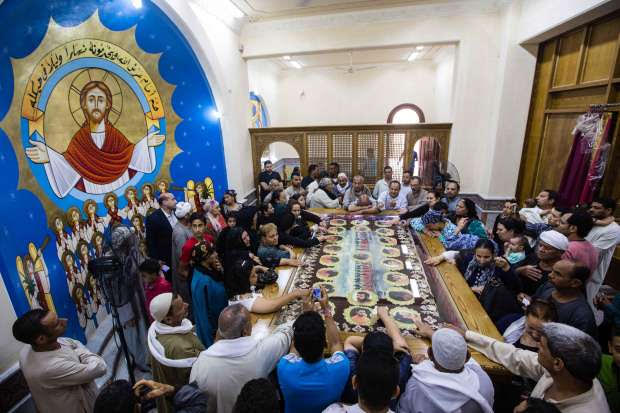 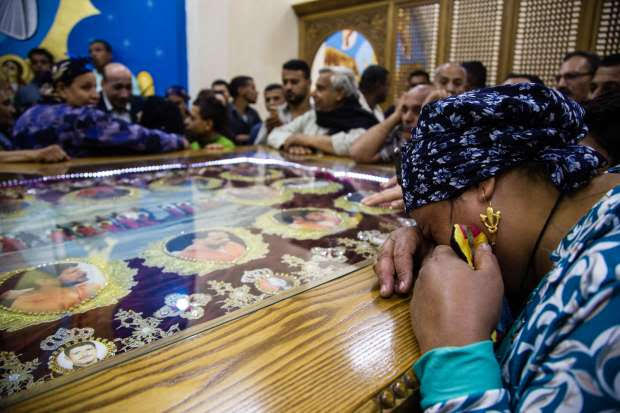 The Copts were sorry that the body of the Ghanaian martyr Matthew Ayariga was not put to rest with his Egyptian companions. In July 2019, when no one had claimed him, an Egyptian delegation representing Anba Pavnotius met officials at the Libyan Embassy in Cairo and requested that his body be brought to rest in the shrine at al-Our church. The Libyans promised they would seriously consider it once political conditions in Libya stabilised. 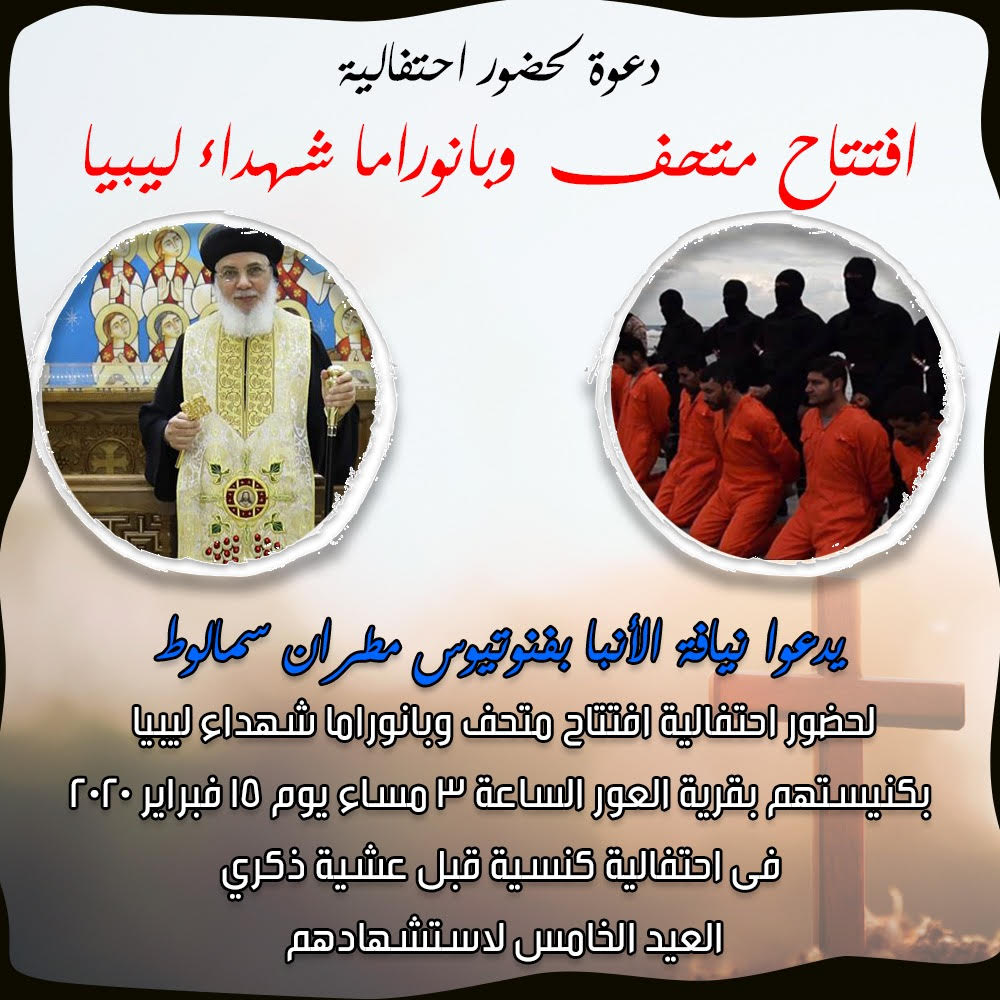 Anba Pavnotious, Bishop of Samalout, is preparing to mark their anniversary on 15 February in an afternoon event that would witness the unveiling of their memorial and the opening of their museum. Senior officials and public and media figures have been invited to attend; Church figures including bishops and priests, also the families of the martyrs would be sure to participate in the event.

Once Anba Pavnotius arrives at the church grounds and is welcomed by the traditional deacon procession and Coptic chants, he will head to the Memorial of the Martyrs to unveil it.

The five-metre high, five-metre wide sculpture by Girgis al-Gawly, professor of Sculpture at Minya University, occupies the place of honour before the church entrance. Made of concrete, it depicts the 21 kneeling martyrs as they appeared in the video of their beheading, with Jesus Christ standing behind, embracing them with His open arms. 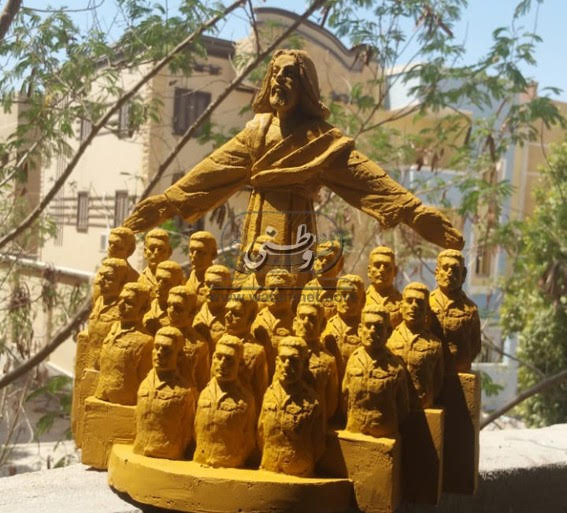 The Bishop should then open the Libya Martyrs’ Museum which showcases a ‘panorama’ of their martyrdom documented in photographs and texts in the Arabic, English, and French languages. The panorama includes everything about the martyrs’ kidnapping and beheading; their bodies arriving at Cairo Airport then home to al-Our. It shows the coffins in which their bodies were flown to Cairo, their passports, the orange jumpsuits they wore when they were beheaded, the ropes that were knotted around their hands, and a few belongings found in their pockets. 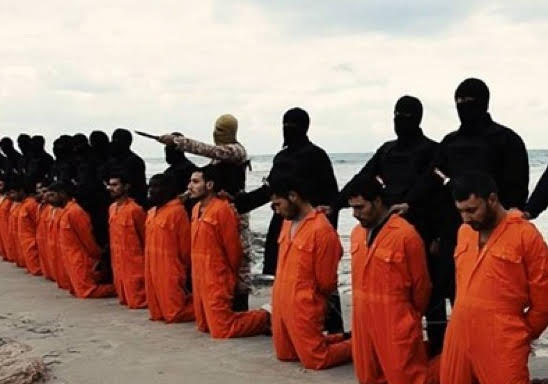