The Shepherd and Mother of Light yield “Fruits of Love”

“Fruits of Love” was the rubric under which the Coptic Orthodox association of al-Raei wa Umm al-Nour, literally The Shepherd and Mother of Light (SML) service, held a recent event to highlight its services to the poor and destitute in some of Egypt’s neediest areas, also it’s future projects.

The SML is affiliated to the Coptic Orthodox Bishopric of Public and Social Services, headed by Anba Yulius.

SML says it was “established by a group of Coptic servants in 1994. Its services are exclusively dedicated to those families that live in extreme poverty on an income of less than 10 cents per day. SML’s goal is to lift the families from living below the poverty line to a humane level of existence where they can have their basic needs met.”

The “Fruits of Love” event saw the participation of Anba Yulius on behalf of Pope Tawadros II, and Egypt’s Minister of Immigration and Expatriate Affairs Nabila Makram, as well as a number of MPs, political and public figures, members of the SML board, and representatives of the service from among expatriate Egyptians.

The event started with the national anthem followed by a performance by singer Haidy Muntassir who sang a collection of hymns.

Samir Qozman, chairman of the board of SML gave a word in which he said that the service had reached more than 11,000 families in 25 parishes in nine governorates in the fields of education, health, housing, and spiritual aspects. The service’s budget, Mr Qozman said, tripled during the last two years.

Mr Qozman spoke of the hospital built by SML in Beni Mazar in Minya some 250km south of Cairo. The great medical establishment, he said, was given the name Misr al-Mahabba, literally, The Egypt of Love, and boasted top-tier doctors, dedicated staff, and state-of-the-art medical facilities that included operating theatres, neonatal ICU, renal dialysis unit, a pharmacy, and others. According to the SML website, the hospital’s mission is to provide superior medical service for the poor sick. “It is the first adequate non-profit medical centre in the area, offering high quality service and specialisations that are not locally available … It thus eliminates or reduces the need to travel through far distances for medical care, a challenge for the elderly and for critical cases.” Close to the hospital is a guesthouse for families accompanying patients. Moreover, it creates more than 400 job opportunities.

Ihab Falta’os, member of the board of SML, highlighted the huge expansion of the service, saying this bad only been possible through the support of the Coptic community inside and outside Egypt.
A documentary was screened under the title “Fruit of Love”, tracking the harvest of the past year and featuring talks with beneficiaries of the service, who movingly highlighted how it had changed their lives.
In a recorded speech televised during the event, Pope Tawadros expressed his happiness with the level of the services afforded by the SML for churches and parishes all over Egypt. He thanked the large number of Egyptians inside and outside Egypt who gave a helping hand in any and every way to the service. “I would like to greet all of you,” the pope concluded, “May God bless your brotherly love and your volunteer service, and may this work thrive under the auspices of Anba Yulius.”
On his part, Anba Yulius thanked all those who contributed and supported the service of al-Raei and Umm al-Nour.
A beaming Dr Makram took the microphone to give a word. In her hallmark elegance and good-cheer she said she had been invited to that event in her capacity as Minister of Immigration. “However,” she said, “I would like to speak of an older association with that service. Years ago when I was working with the Egyptian Embassy in Dubai in 2013 – 2015, I heard of the service of al-Raei and Umm al-Nour. I persuaded my children that we should involve ourselves in that service which catered to the needs of the poorest of the poor.” Dr Makram movingly said how she and her children ended up gaining much: “We saw how people who possessed no material basics exuded contentment, thanksgiving, and staunch faith.”
The event closed with Anba Yulius handing honours to figures who were pivotal in the success of the service. Among them was businessman and philanthropist Mounir Ghabbour, also Dr Fathy Fawzy for his supervisory role in Beni Mazar hospital. Dr Makram was honoured too for her role in interconnecting Egyptians inside and outside the country. 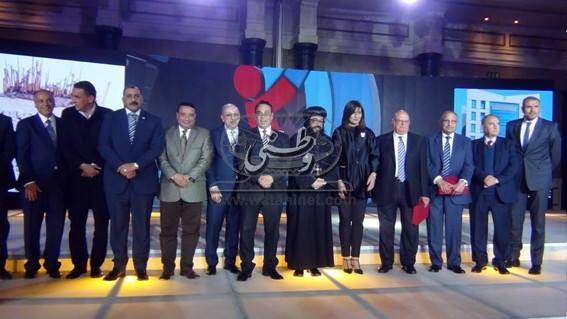 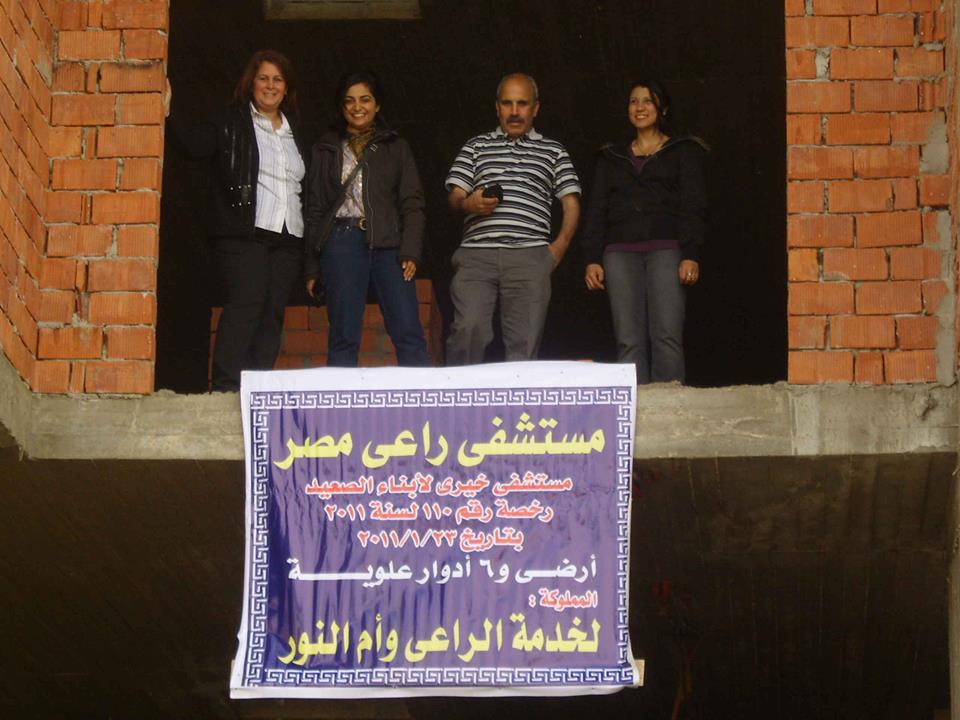 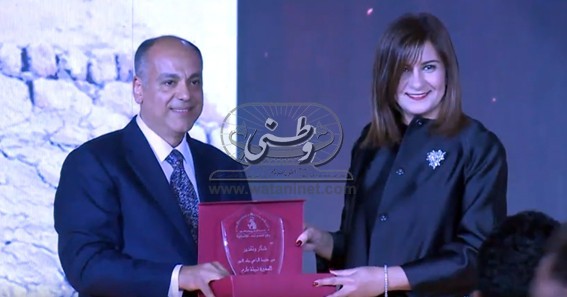 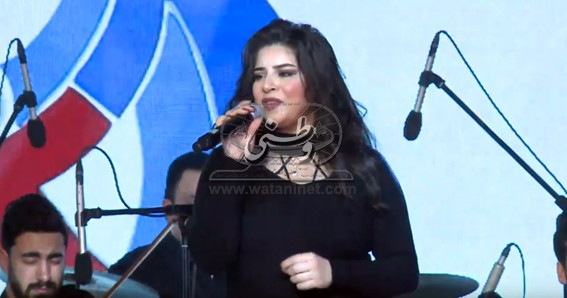 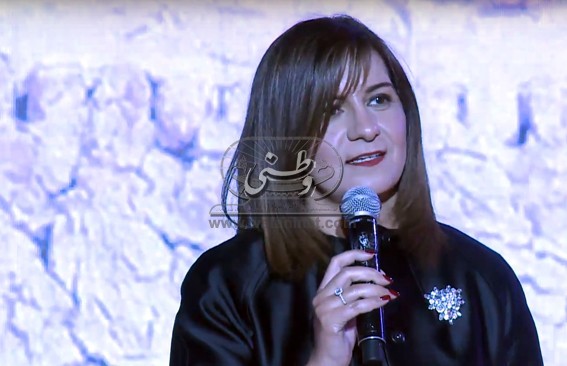 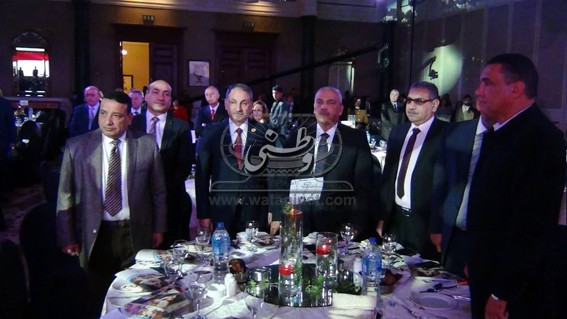 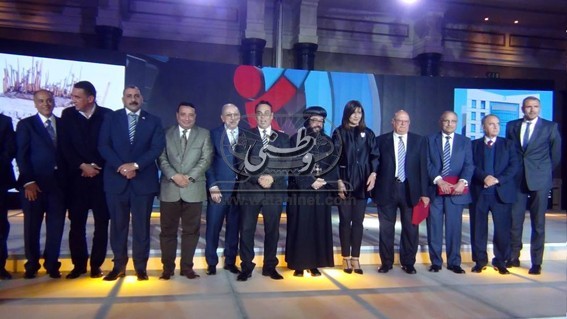 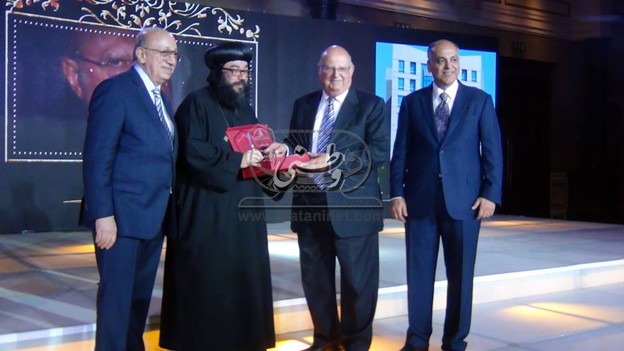